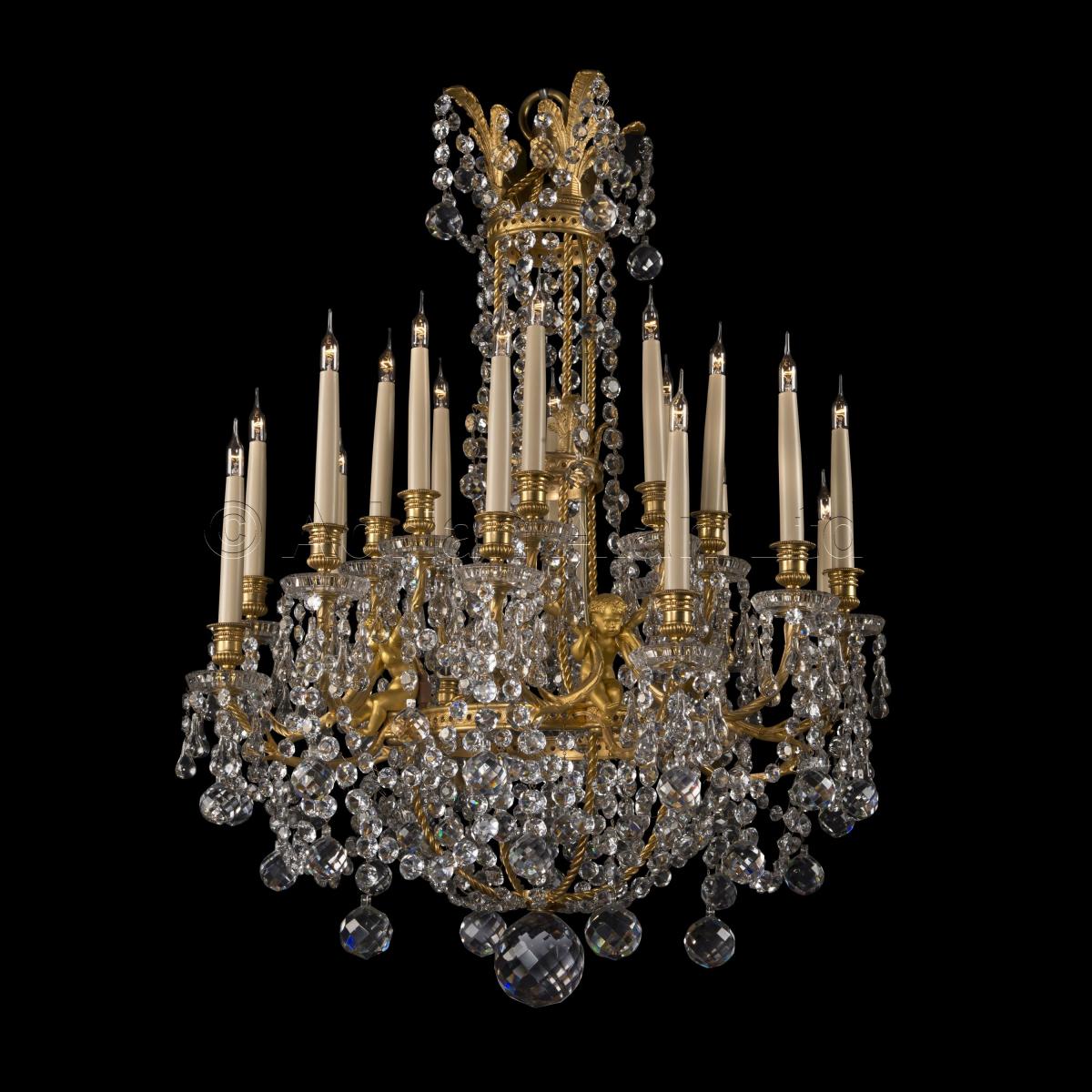 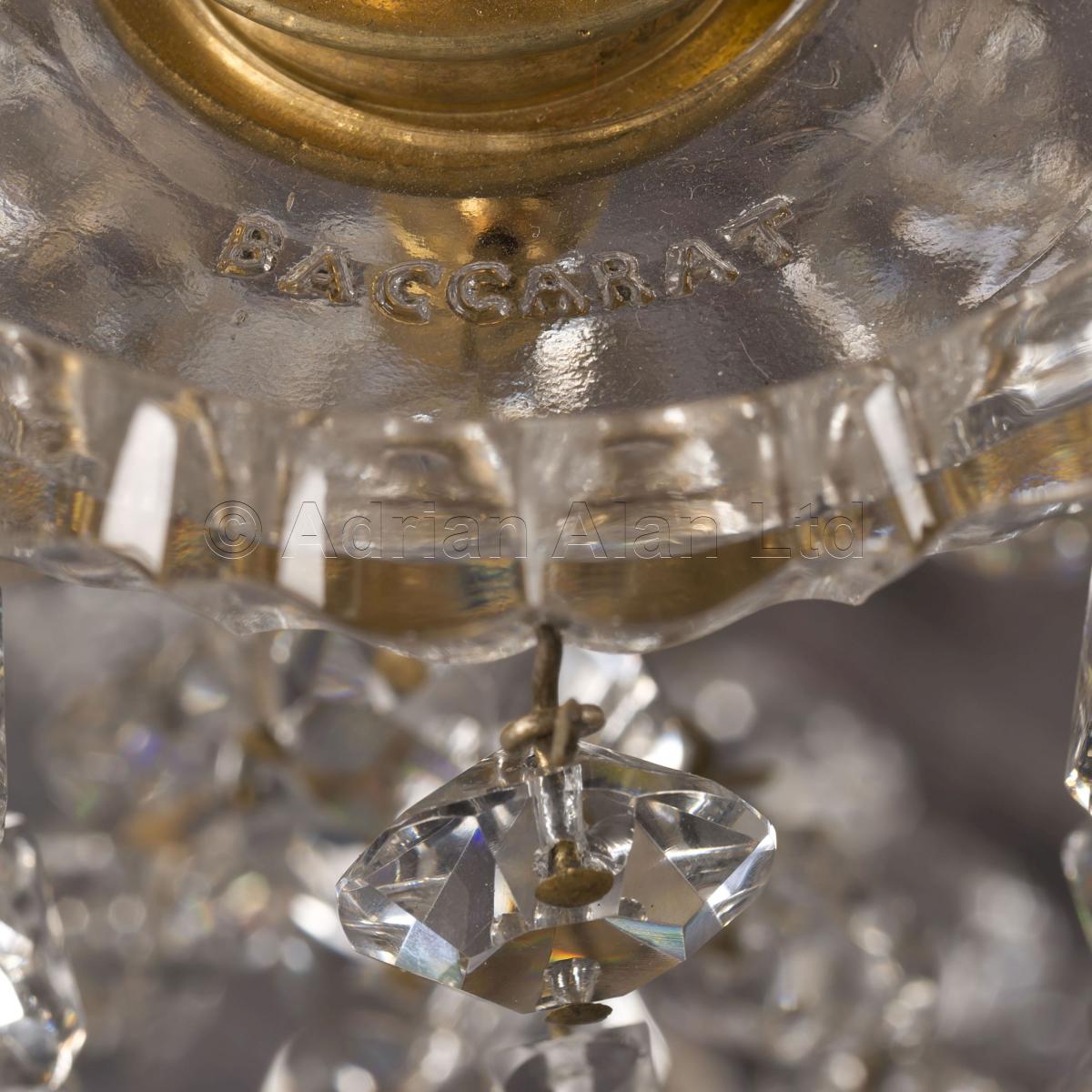 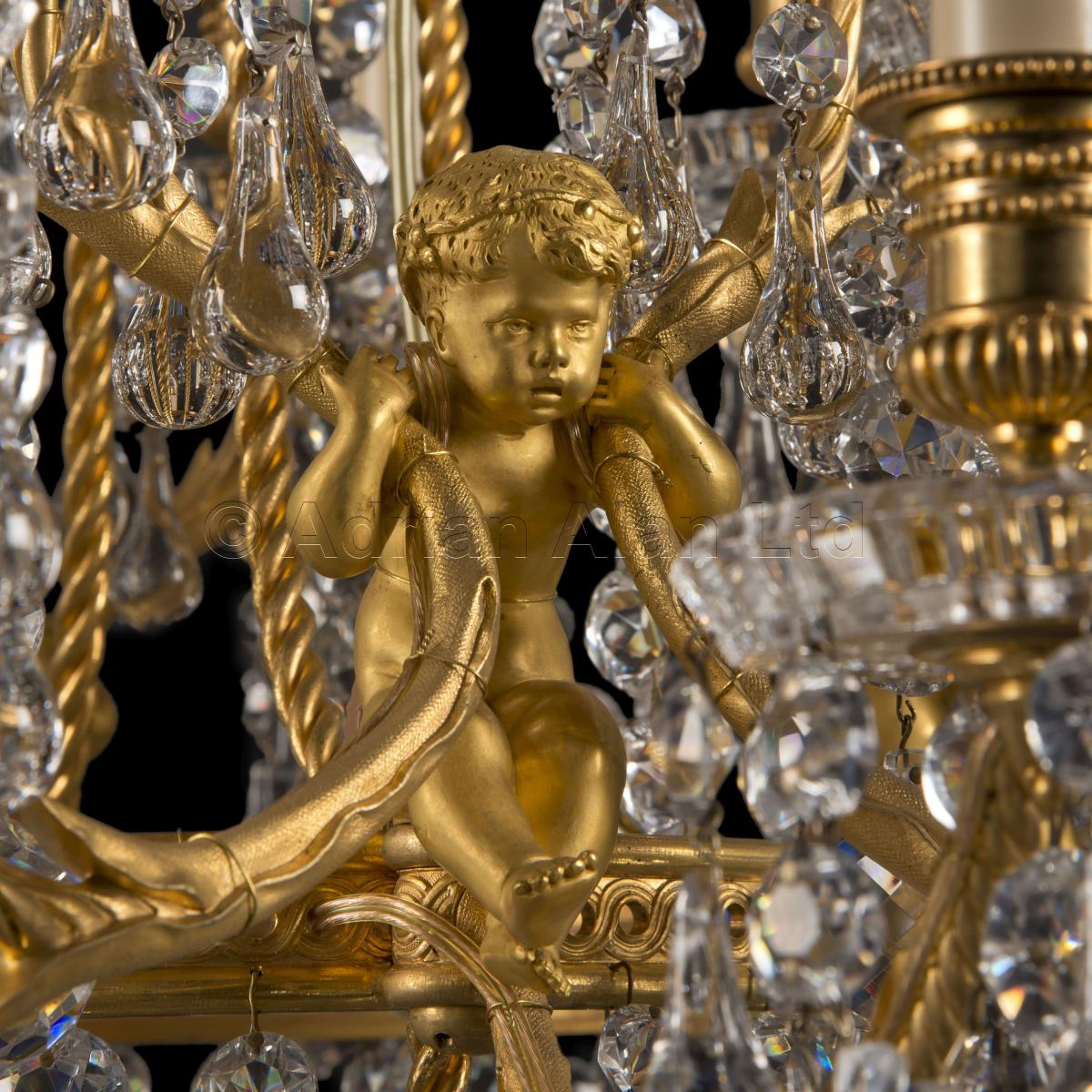 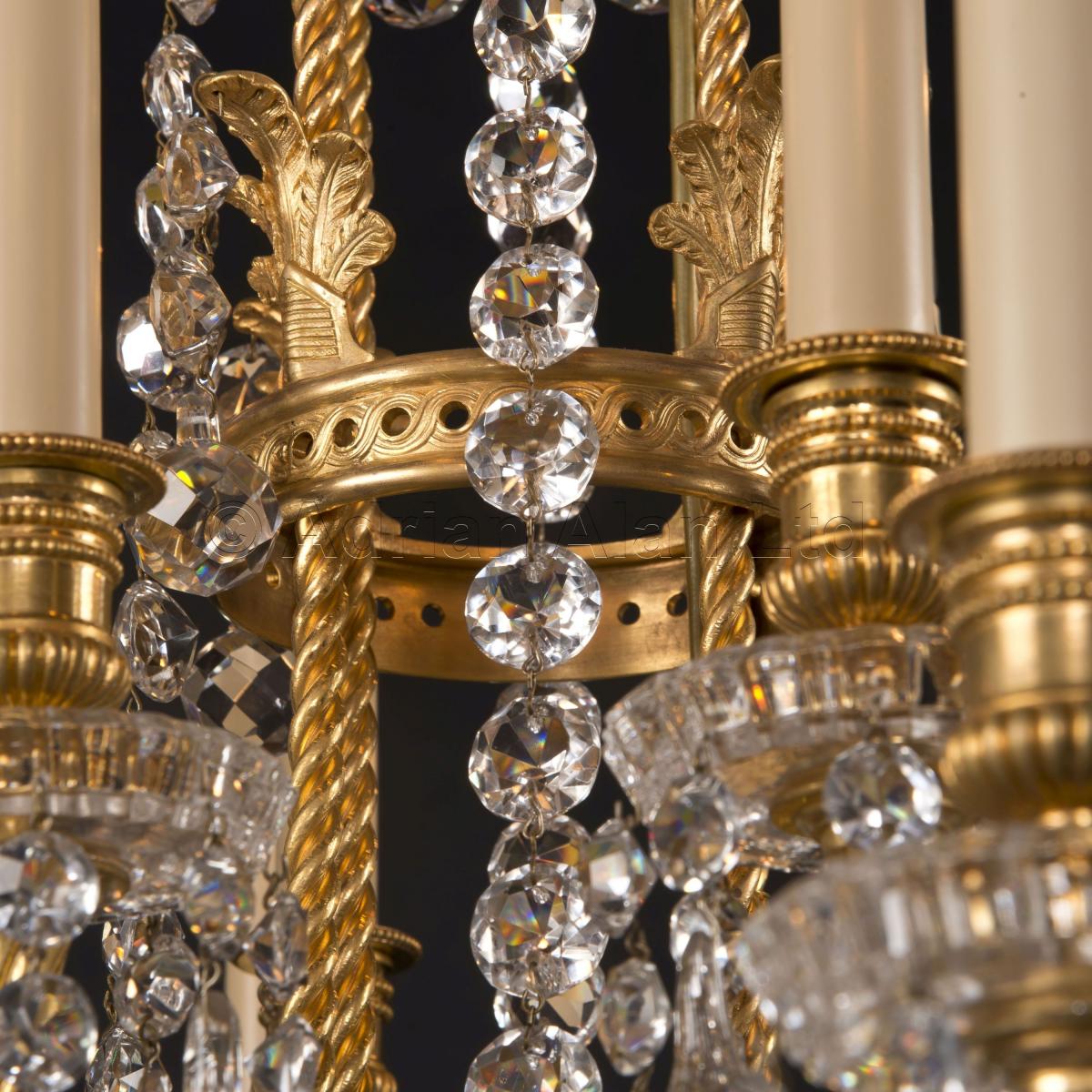 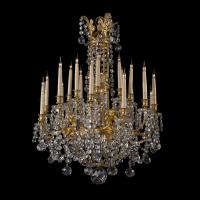 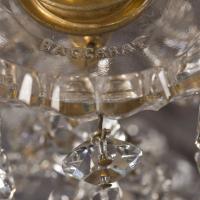 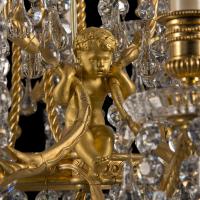 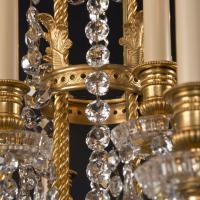 Stamped to the central stem  'Baccarat'.
Moulded 'Baccarat' signature to the drip trays.

The chandelier has a circular corona mounted with Acanthus and hung with drops and swags above a circular cage frame issuing  tiers of scrolling acanthus wrapped candle branches with glass drip-pans and circular nozzles, interspersed by finely cast putti figures.  The chandelier is hung overall with faceted drops and terminals.

The design for this sophisticated chandelier, is directly related to a chandelier illustrated in Baccarat's 'Tarif des Articles d'Eclairage', from the turn of the century, as Lustre Série E.193.  A further variation with bronze arms and glass shades is illustrated as Série E.460.