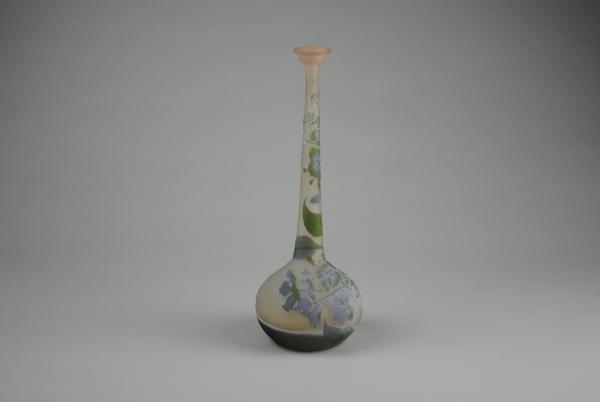 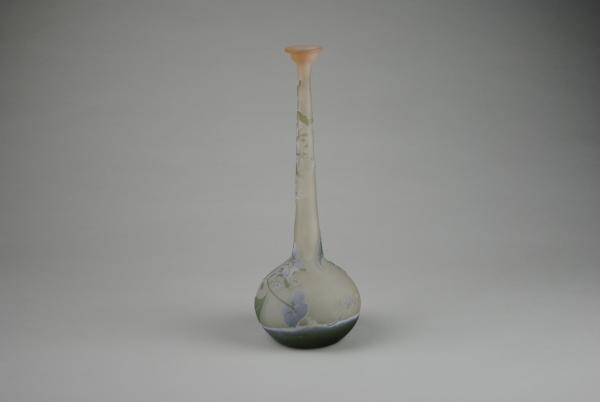 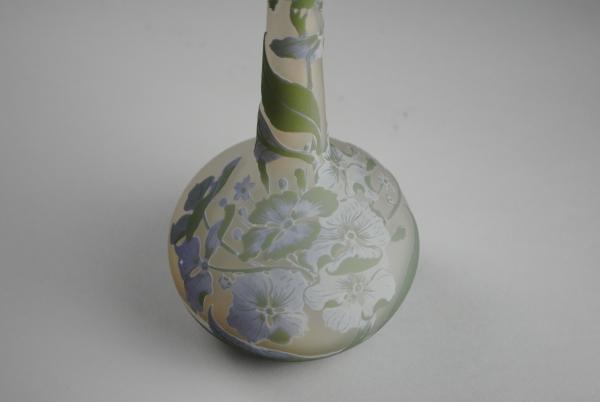 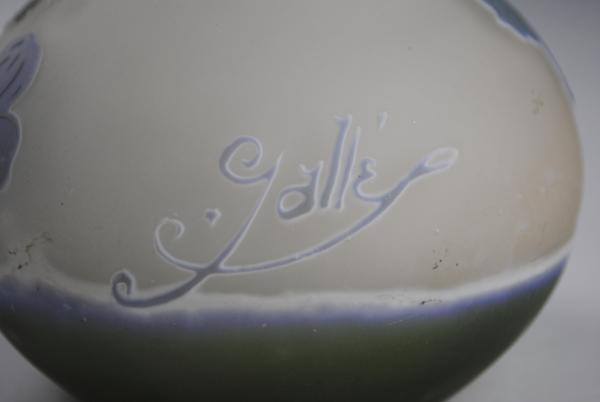 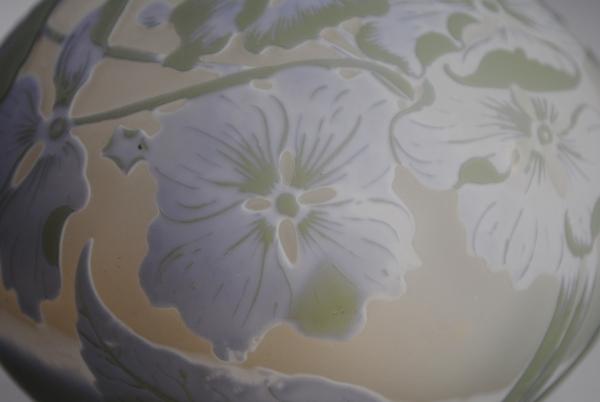 Art Nouveau glass vase by Emile Galle with a bulbous base and long slender neck. 4 colour cameo and showing a design of Hortense (Hydrangea) flowers and leaves.

Signed Galle in cameo and with a star to denote it was made in 1904/5French. Excellent original condition and a beautiful piece in subtle colours.

Emile GALLE  Nancy 1846 – Nancy 1904  After several apprenticeships in various European cities, Weimar and Meisenthal amongst others, Emile Gallé became a partner at his father’s glass and faience decoration business in 1867.

Approx height 30 cm and width 11 cm at its widest.