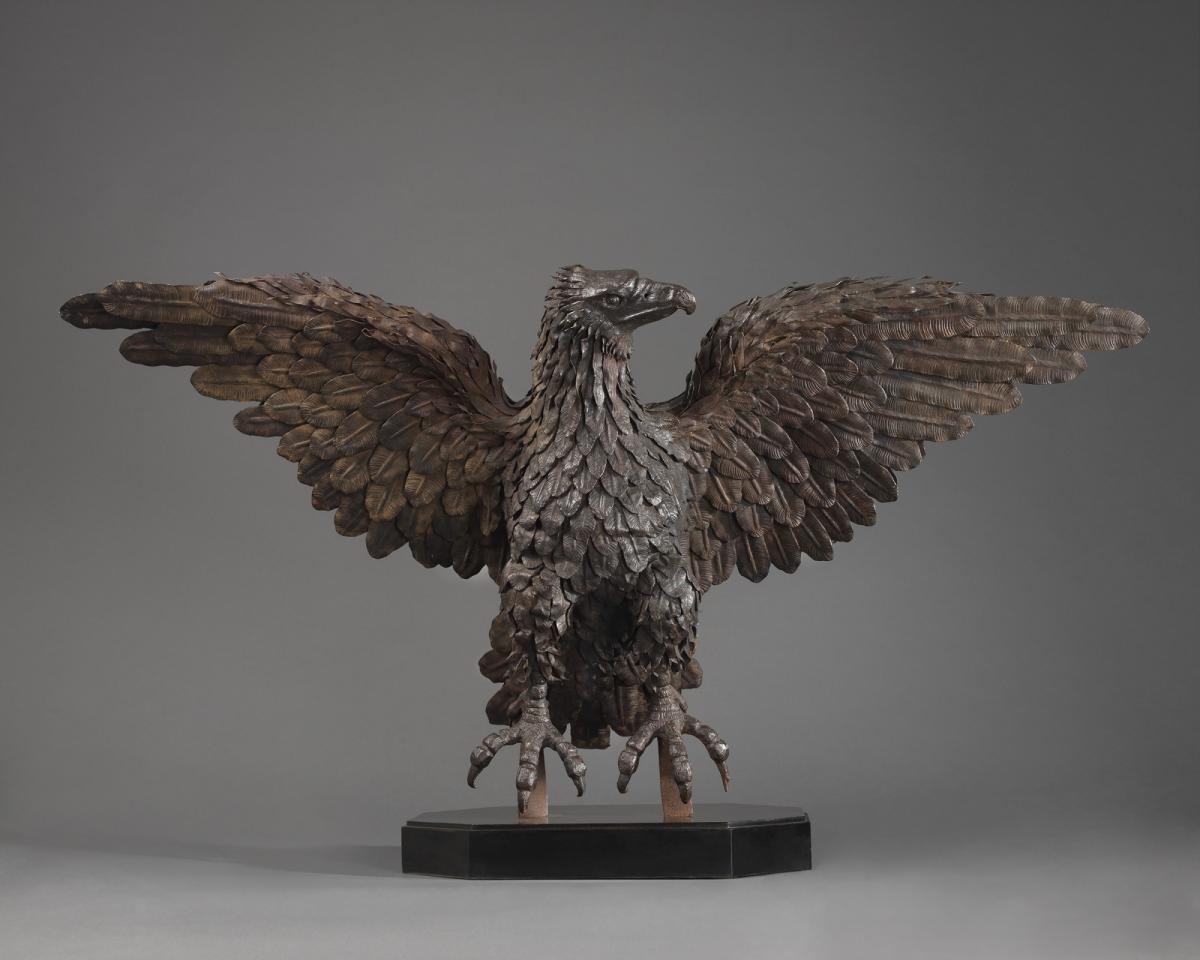 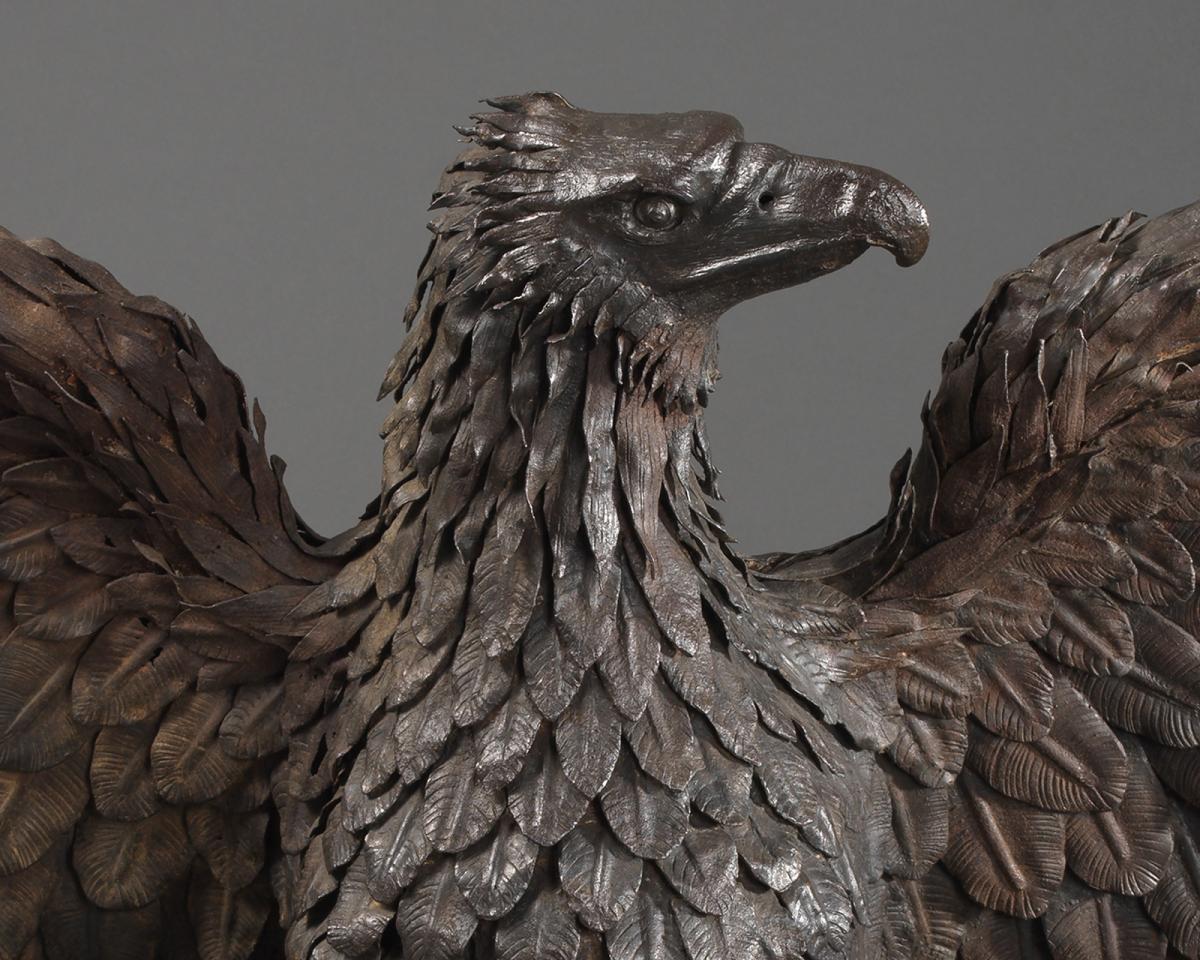 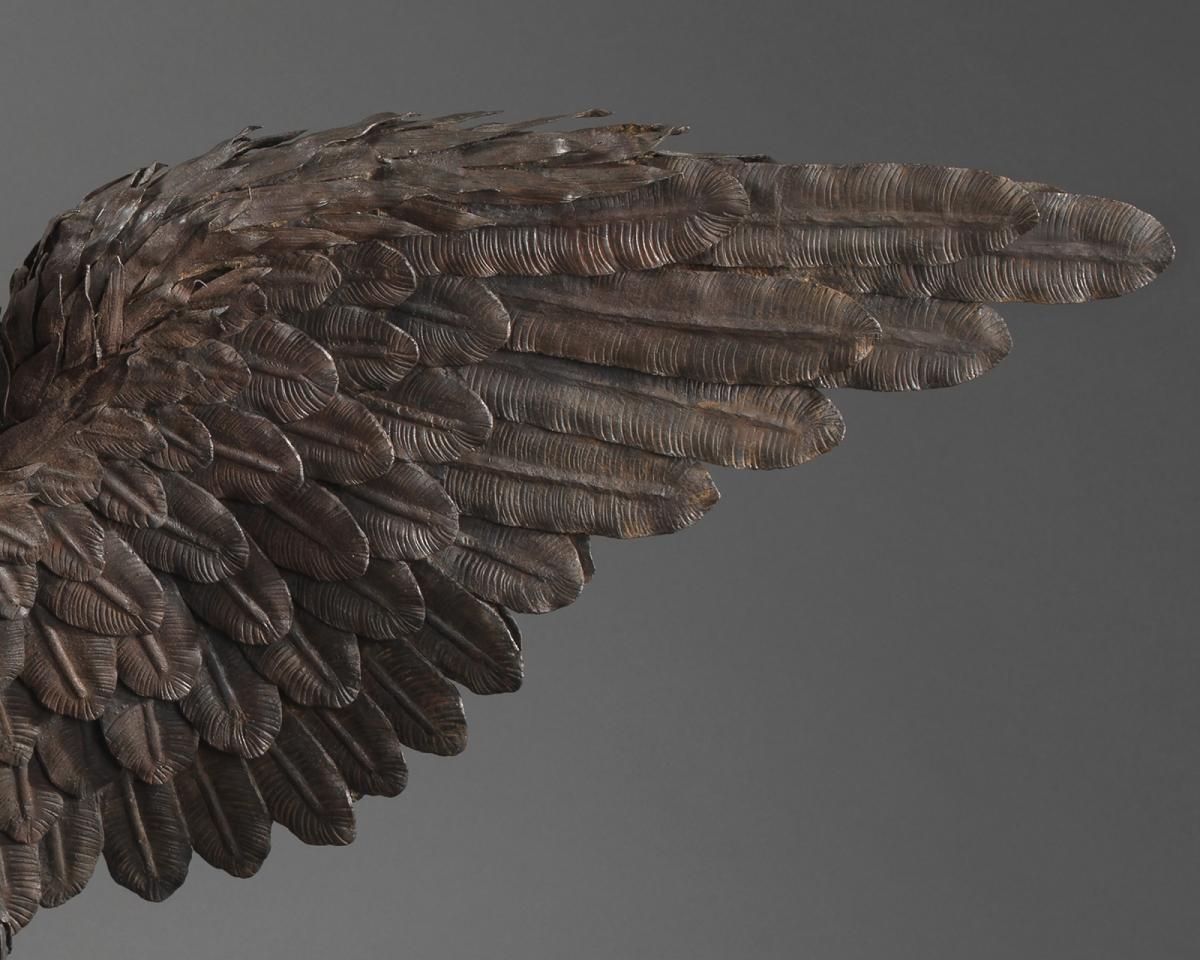 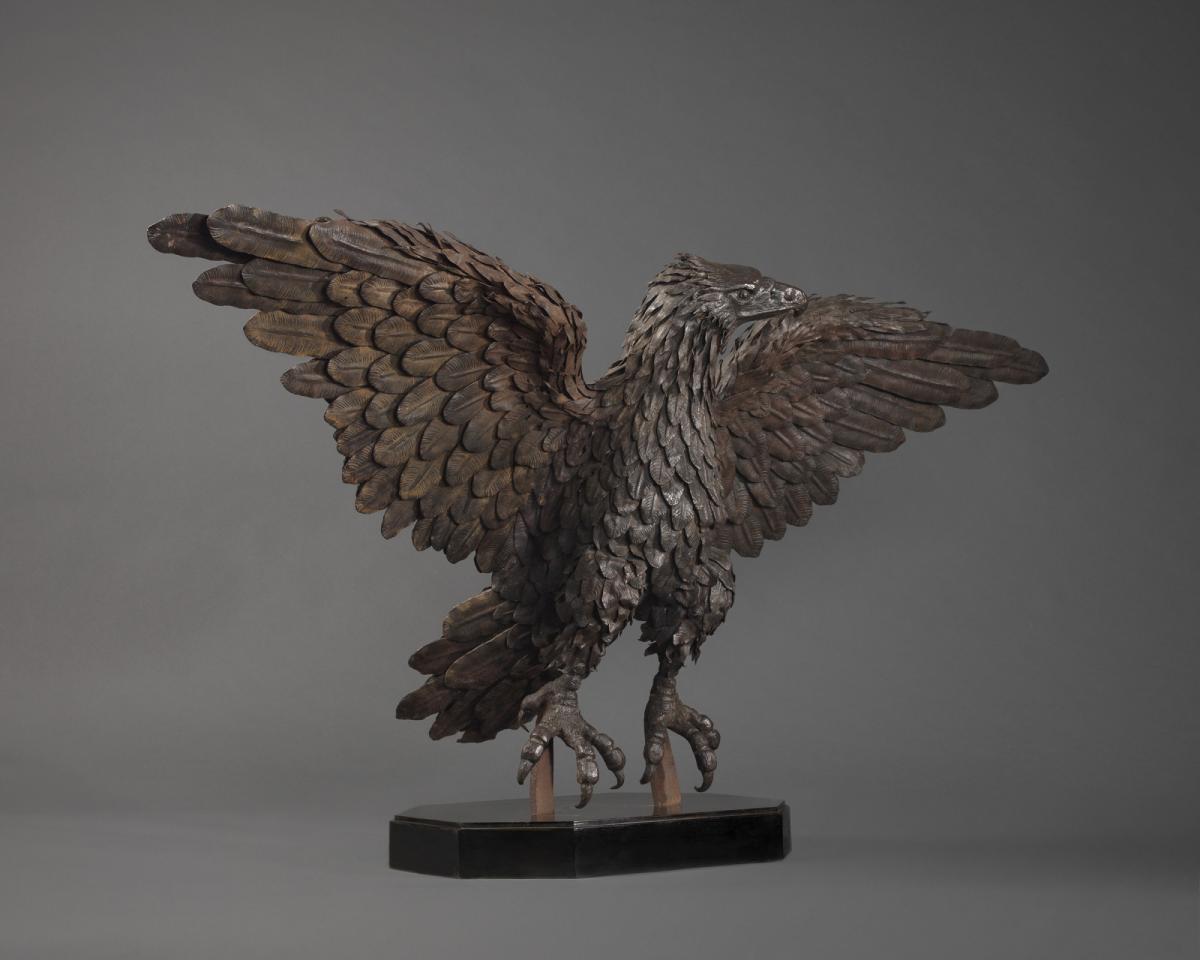 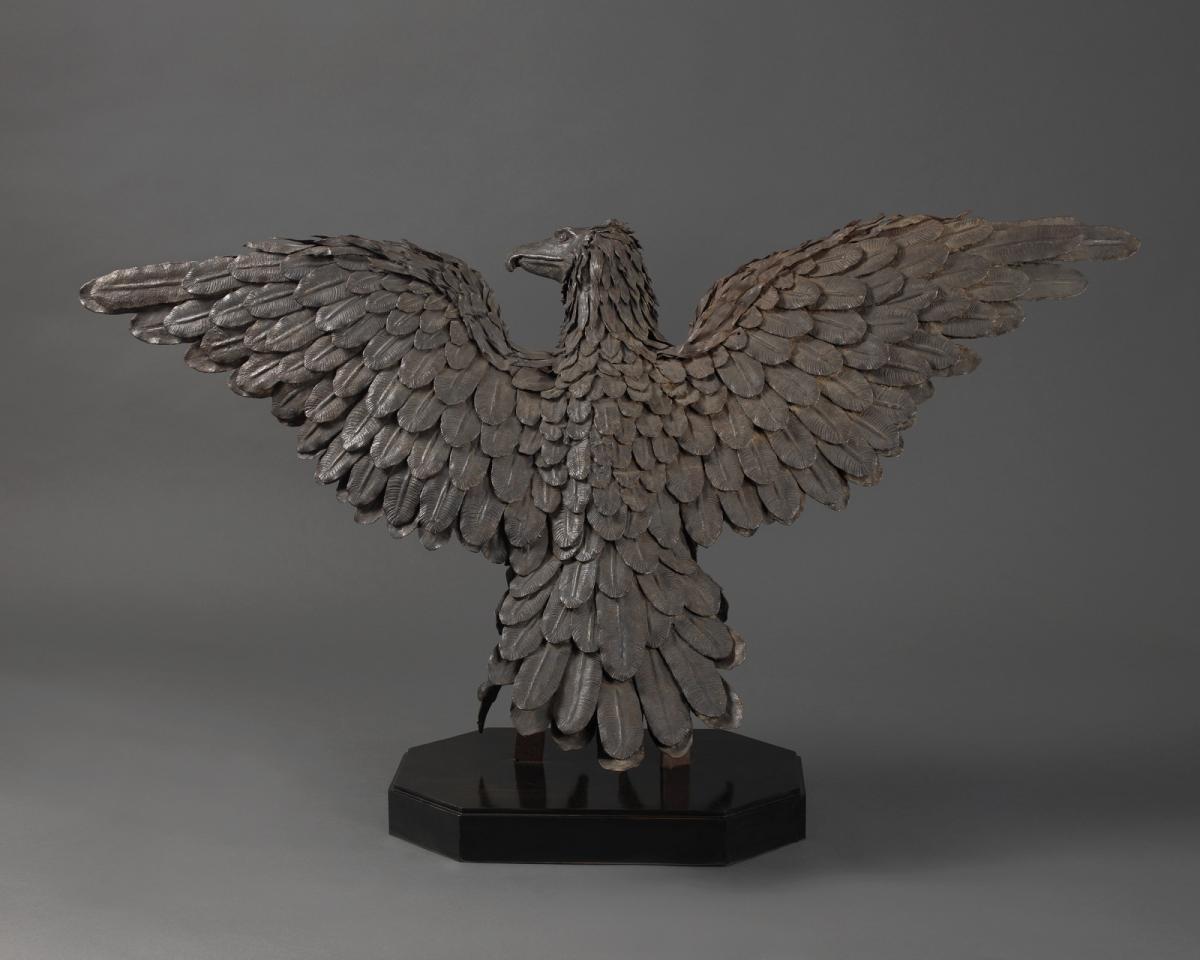 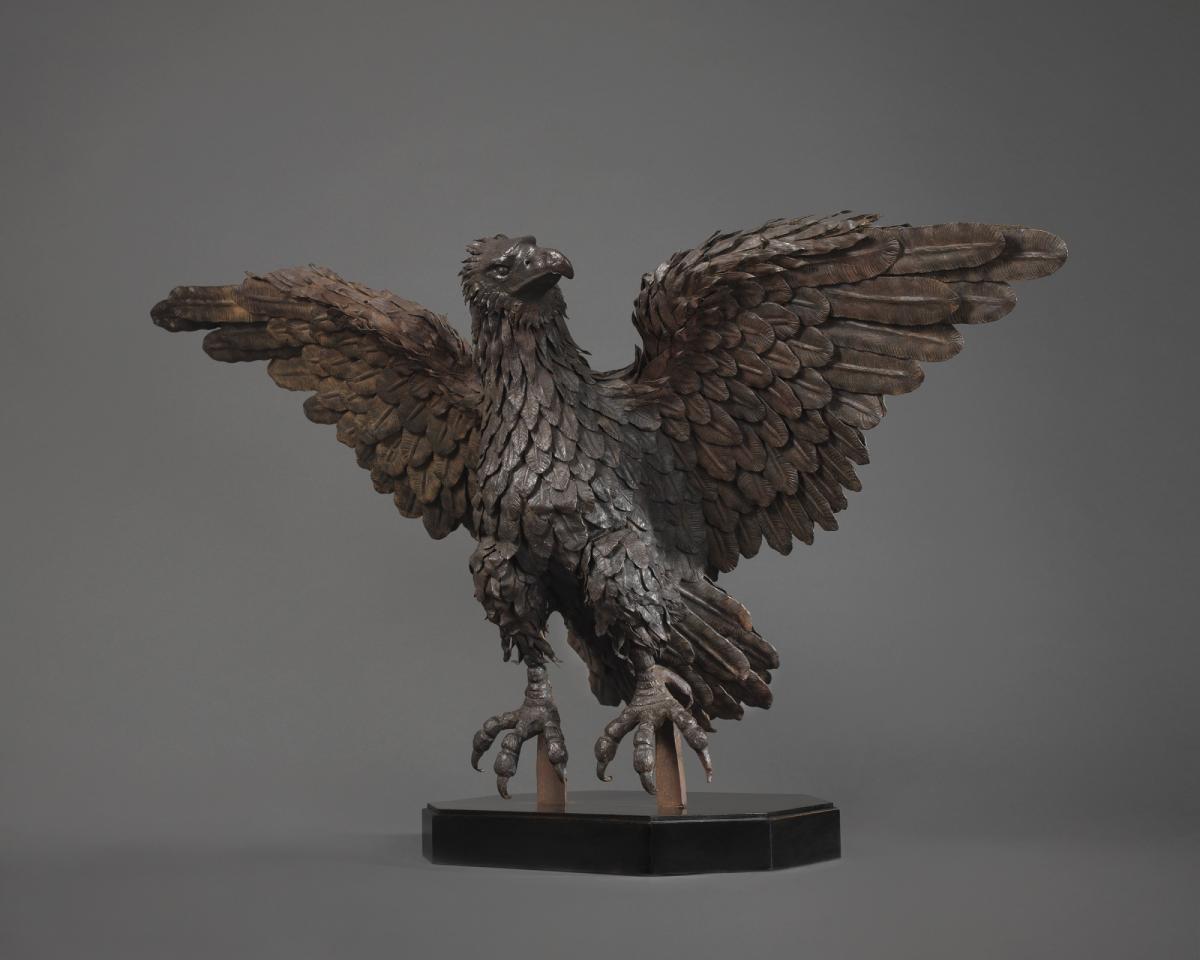 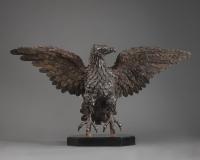 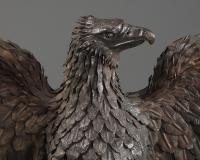 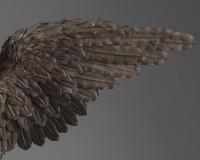 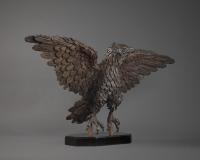 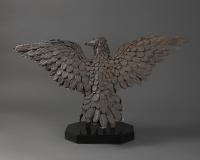 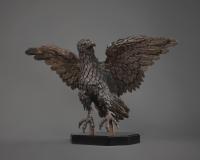 This majestic eagle with wings spread widely parallels the construction and general appearance of a French wrought iron weathercock in the Victoria and Albert Museum, dating from the first quarter of the 18th century (Acc. no. 909:1-3-1906). Both objects share the same meticulously executed, individually repousséd and layered iron feathers and demonstrate a similar attention to the naturalistic rendering of the heads and the claws. Weathercocks were in use in England before the 11th century. The fashion for them remained almost exclusively English and they were not produced on the continent until much later.

The precise function of the present eagle is unclear but, given the choice of material and dimensions, it is likely that it formed part of a decorative plan for the exterior of a grand building or that it surmounted an elaborate gatepost much like the pair of aigles impériales on the gateposts from the main portal of the Château de Fontainbleau dating from the early part of the 19th century.

While representations of eagles were frequently used for weathervanes, like the weathercock in the Victoria and Albert Museum, it seems unlikely that our sculpture would have served this function given its large size and considerable weight. The product of a commission to adorne a resplendent residence of the noblesse, it is a spectacular representation of the most exalted bird of prey and symbol of power, strength and courage. 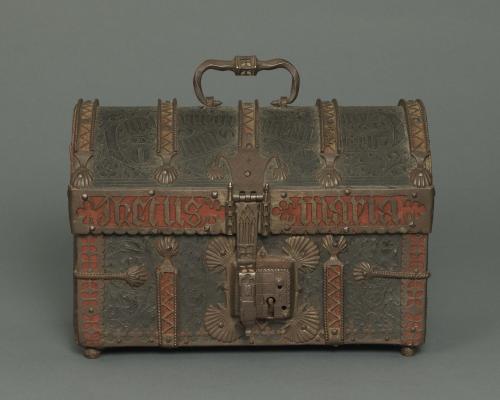 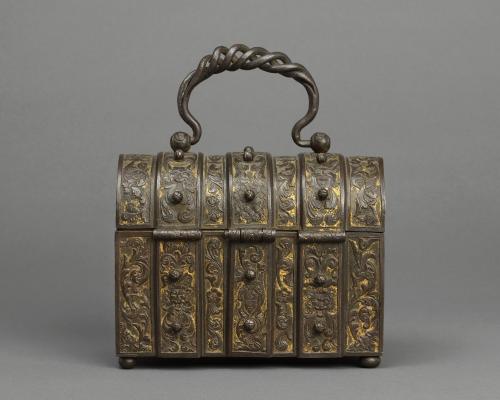 Casket
Mullany
View all from this dealer