The casket captured by HMS Minotaur at the Battle of Trafalgar 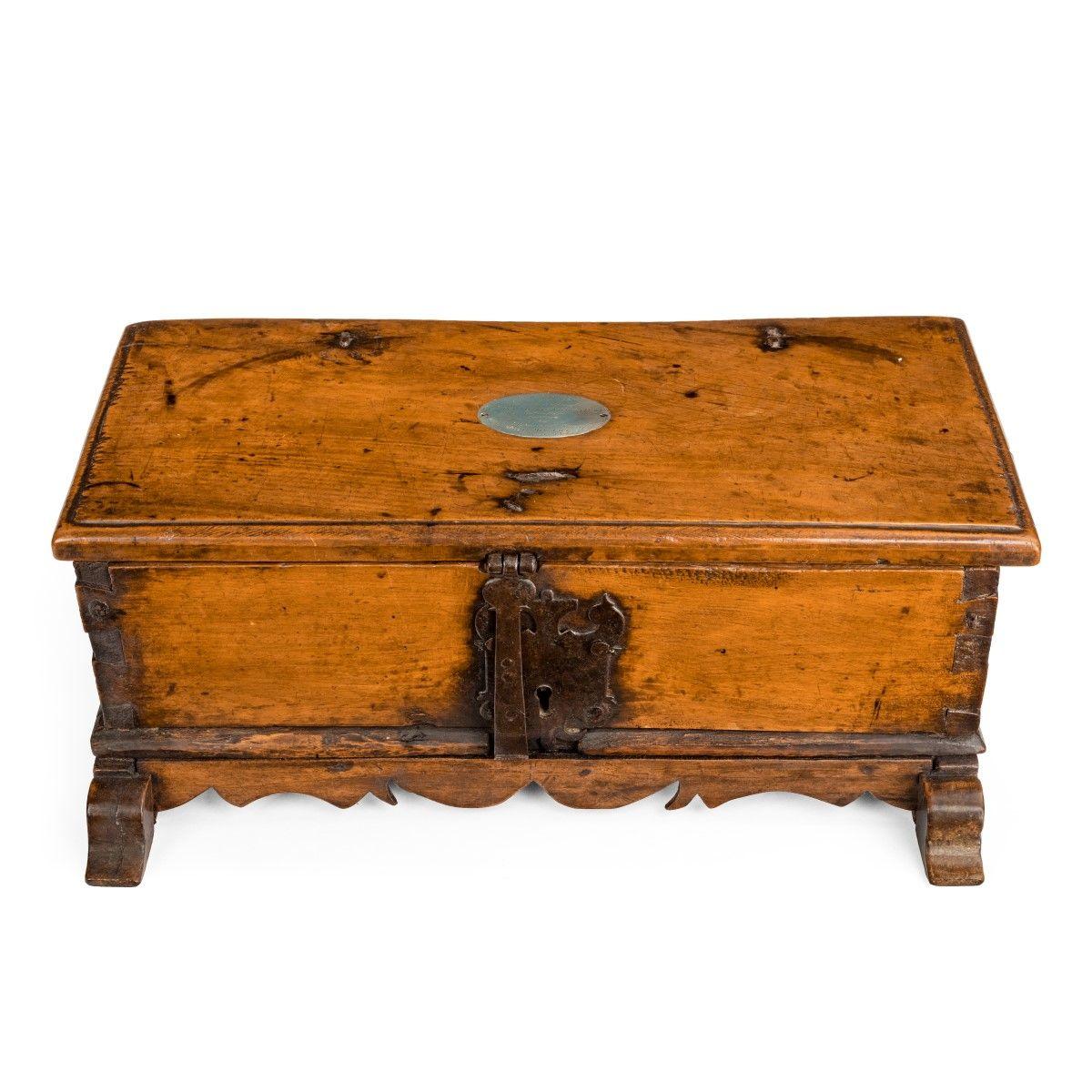 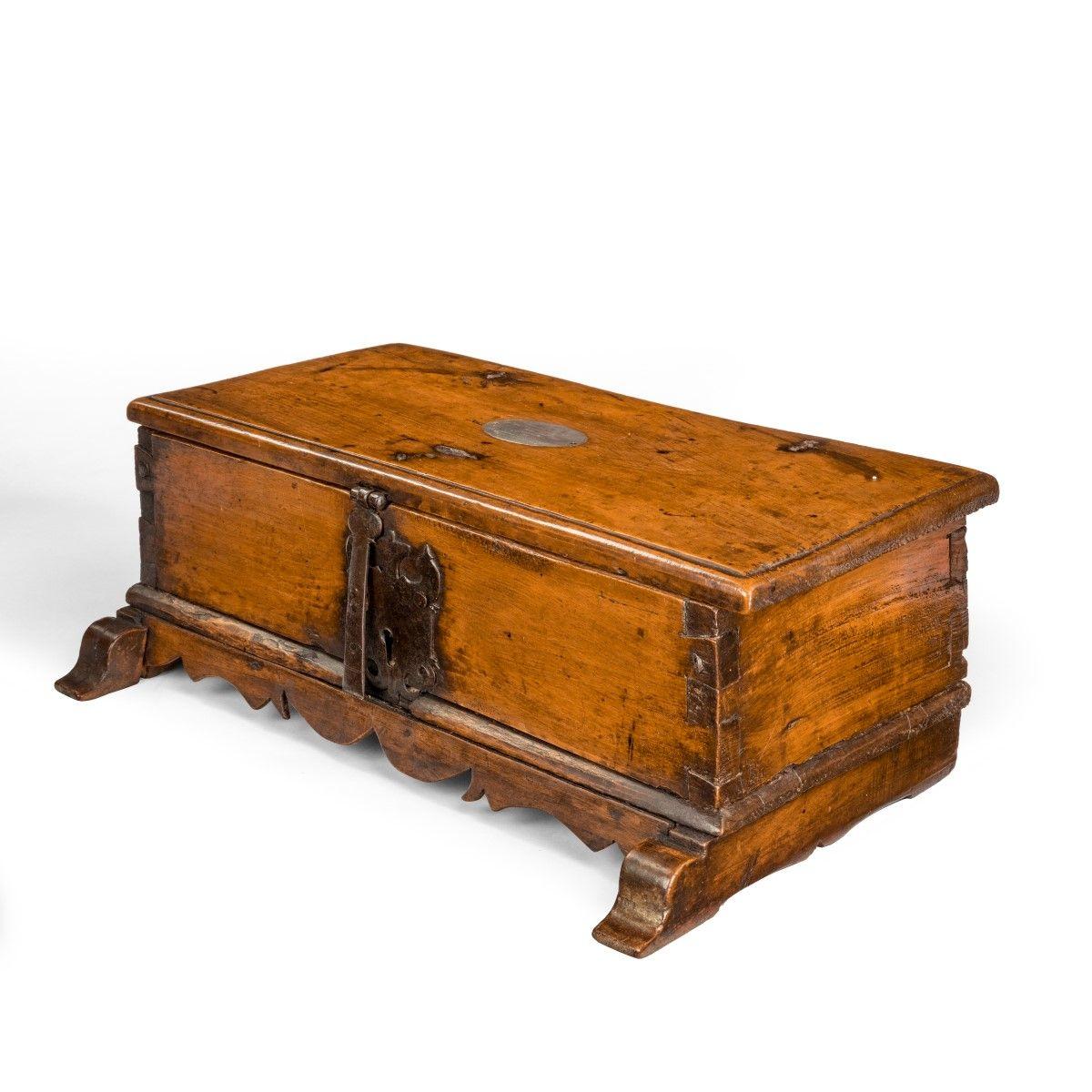 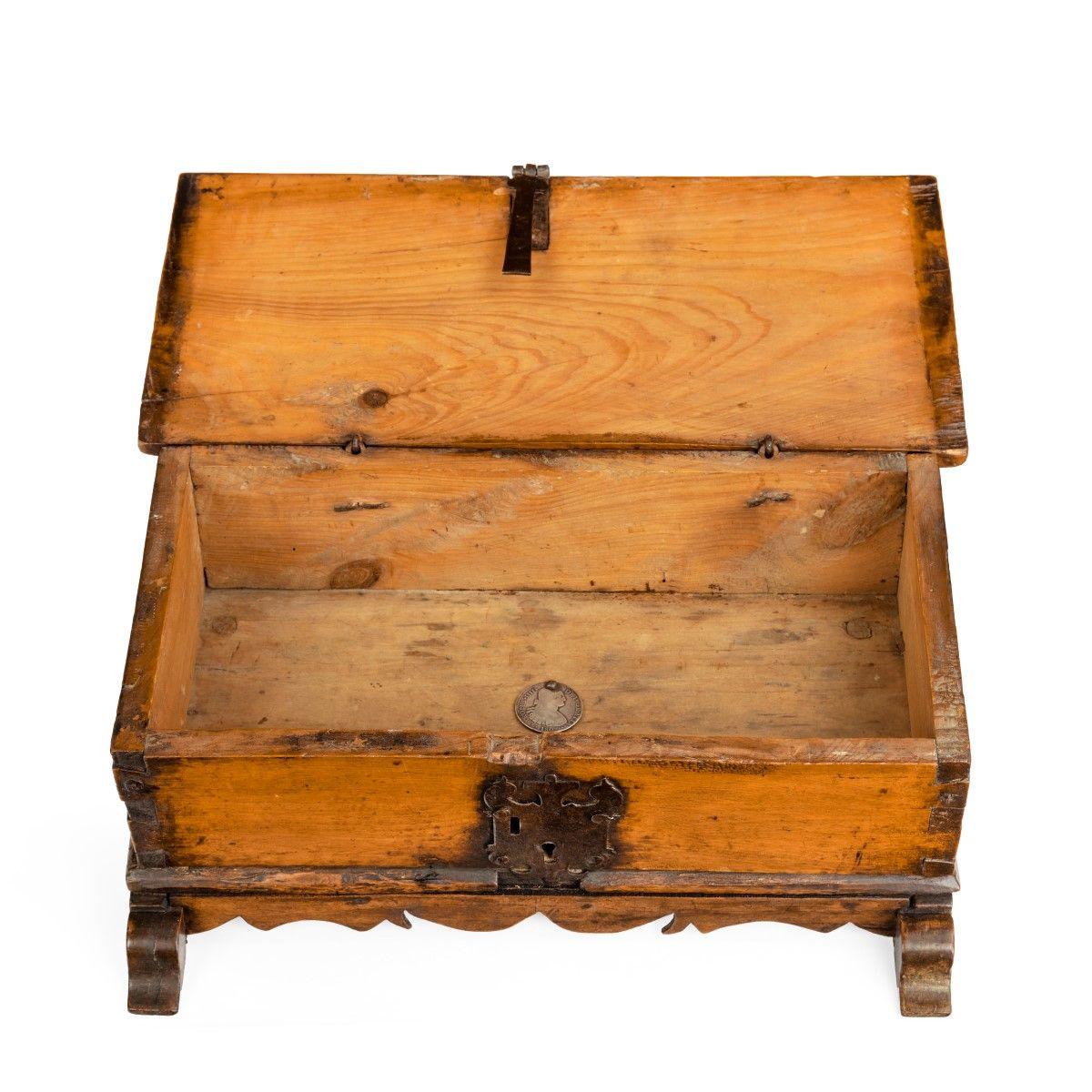 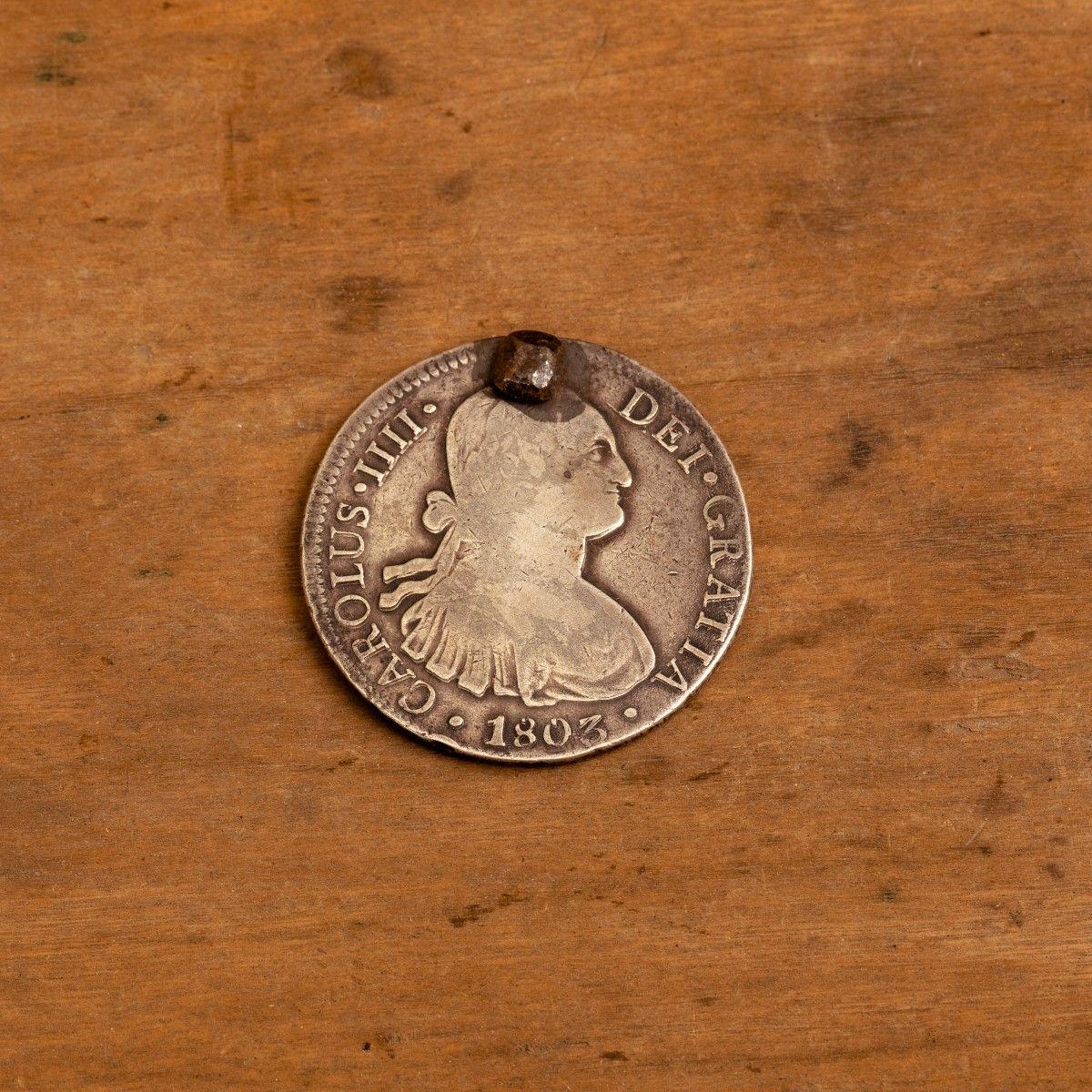 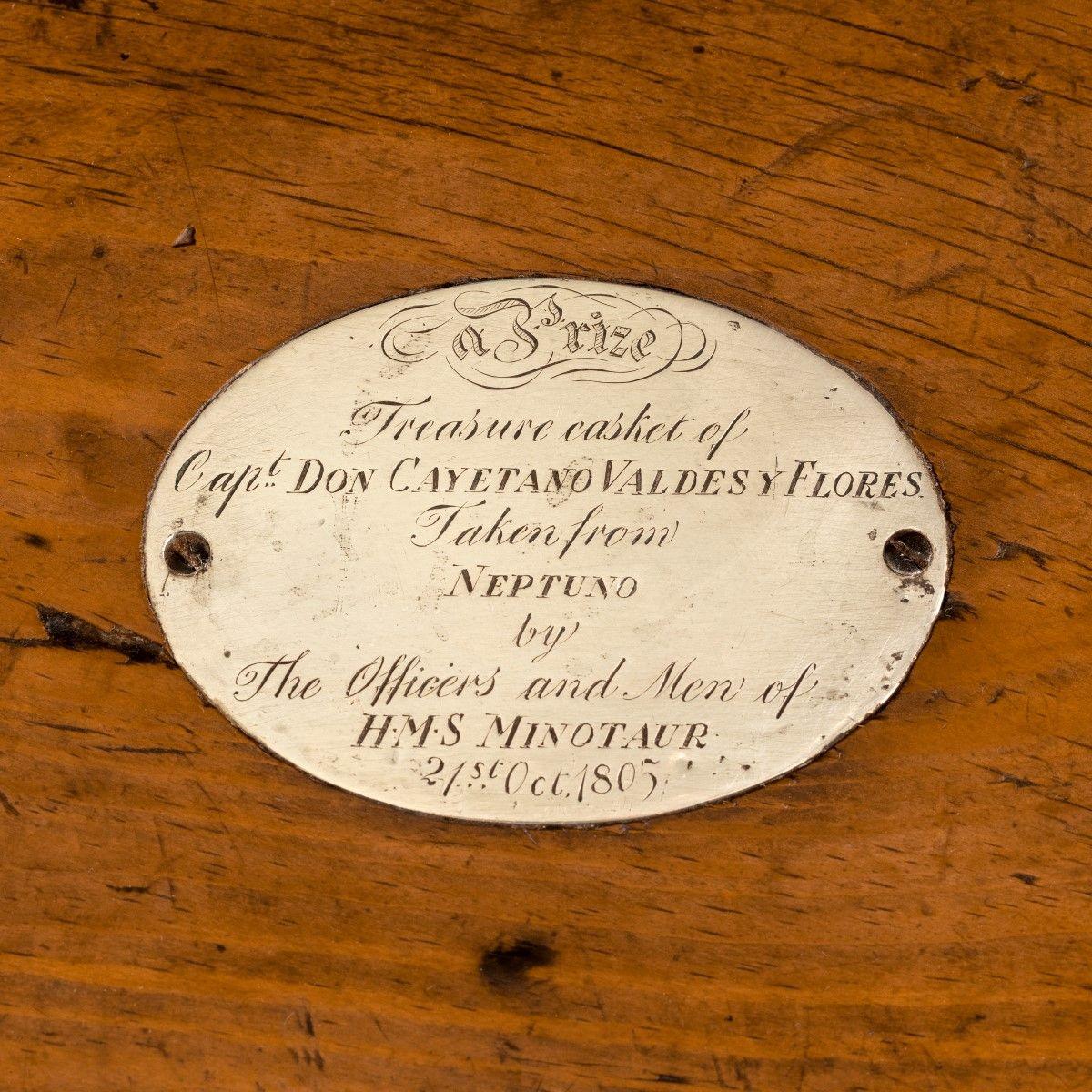 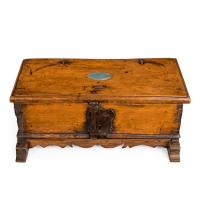 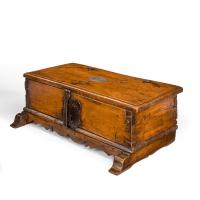 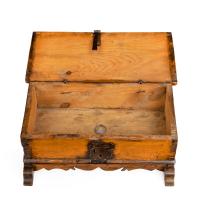 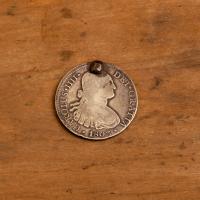 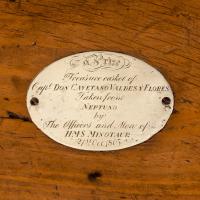 This sturdy iron-bound fruitwood box is of rectangular form with wide dovetails and a hinged lid applied on the top with an oval silver plaque. There is a silver coin showing King Carlos IV of Spain dated 1803 nailed to the underside of the lid.

At the Battle of Trafalgar the Royal Navy faced the combined fleets of France and Spain.

The 80-gun warship Neptuno, with a compliment of 800 men, led the Spanish column but after tacking to join the action the ship was quickly surrounded and lost 37 men with 47 wounded, including Captain Don Cayetano Valdes who was injured by the falling mizzen mast.

The ship struck to Minotaur, Captain Charles Mansfield, and was boarded by a prize crew when this chest (and its now lost contents) was taken as booty. Two days later Neptuno was lost in the storm which followed the battle.

Don Cayetano Valdes (1757-1834) entered the Spanish navy as a guardia marina at thirteen. Widely liked and admired he had distinguished himself in Pelayo at the Battle of Cape St Vincent when ‘el intrépido Valdes’ had gone to the assistance of Santissima Trinidad, saving the towering flagship from loss.

After the loss of his own ship, Valdes was made a British prisoner of war but, following the French invasion of Spain in 1808, was released and made general in the Spanish army.

He was subsequently appointed Governor of Cádiz and, after 1815, Admiral of the Fleet. Later still, he was president of the Spanish Cortes and a Regent of Spain during the infancy of Queen Isabella.