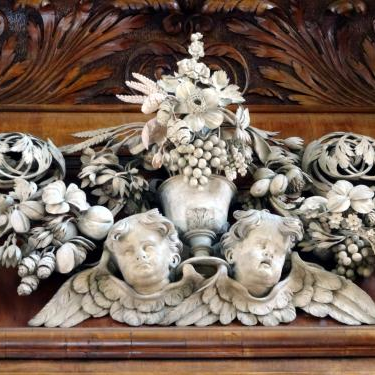 Centuries in the Making has been organized by the Grinling Gibbons Society as part of a year-long festival of nationwide events, Grinling Gibbons 300. The exhibition showcases seminal works distinctive in Gibbons' uniquely exuberant style. It investigates his personality and how his ambition and business acumen helped catapult him from a lowly start in Rotterdam to attracting royal commissions during the swaggering reign of Charles II in England and ultimately reaching the pinnacle role of King's Carver for William and Mary.

Continuing on this theme, HRH The Prince of Wales has been confirmed as a patron of Grinling Gibbons 300.