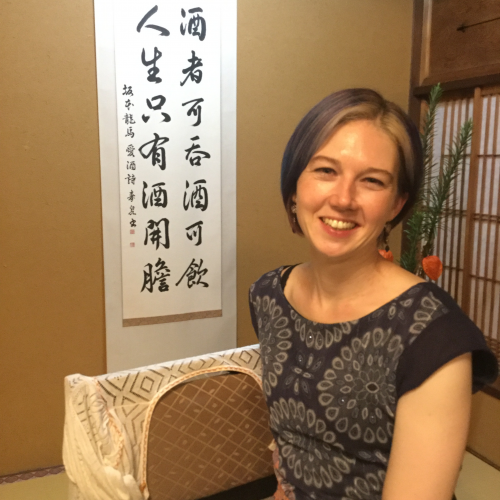 In 2019 I was the lucky recipient of the BADA Friends Prize. My intention was to fund in 2020 a summer school course at Cambridge University in 'Japanese early-modern palaeography', however, it was unfortunately cancelled last year due to the pandemic.  After over a year of uncertainty, it was moved online and I was able to participate from a distance this August.  The long wait was certainly worth my while! Whilst the course was incredibly intensive (classes started at 7am and preparation for the next day took up the remainder of the day), I couldn't have asked for better tuition and a nicer community of classmates from all over the world to work with.  We learnt how to transcribe a variety of early-modern Japanese texts rendered in different cursive scripts and ranging deference.  We were all required to work on every text, but each day a different participant was responsible for inputting the transcription on a database for people worldwide working on such texts.  To think that at the start of the course I had no knowledge in reading the cursive scripts of early-modern Japan but after just a few days was able to transcribe and contribute to such a database is incredible!  As well as classes, we were treated to guest lectures by scholars in the field and two professional rakugo (literally 'fallen words' but meaning a type of verbal entertainment) performances based on texts we had transcribed. Though it was disappointing for all that we could not meet in person in Cambridge, both the course and the community will remain with me for a long time to come and will certainly provide a sound foundation on which I can build my research for my PhD and curatorial work at the British Museum. I would like to thank the BADA Friends for its support in the development of my skills in this area.  I will without a doubt apply for next year's summer school too!