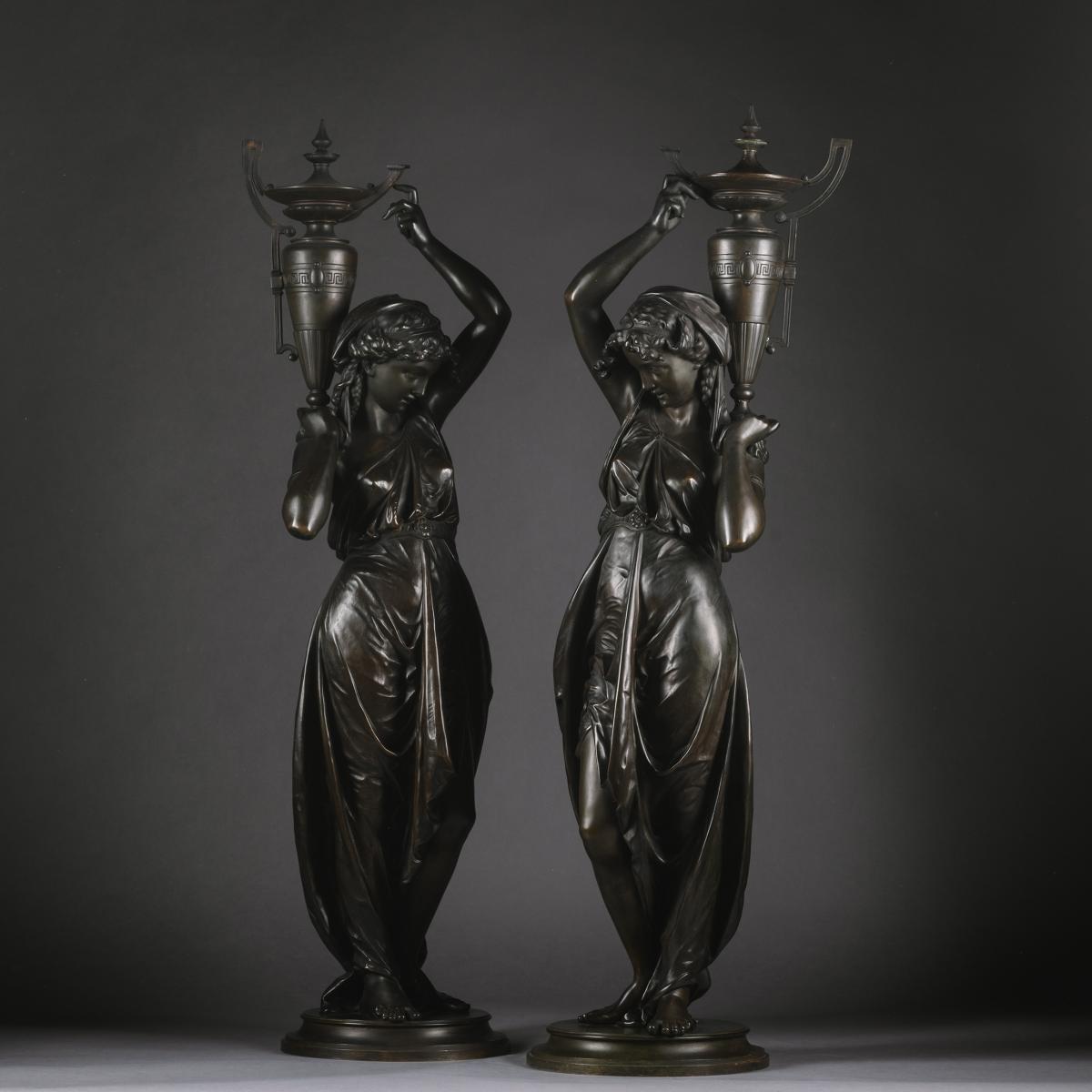 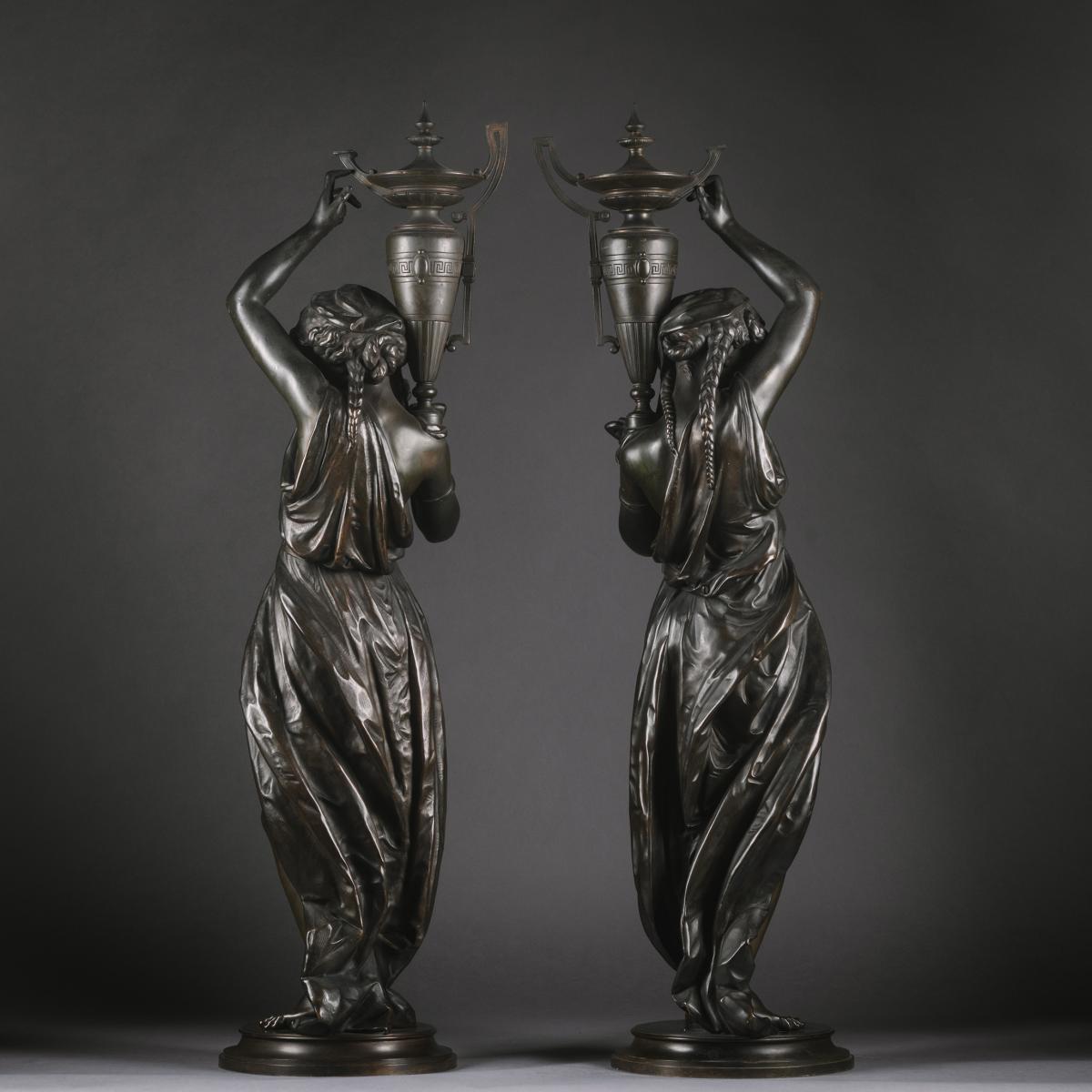 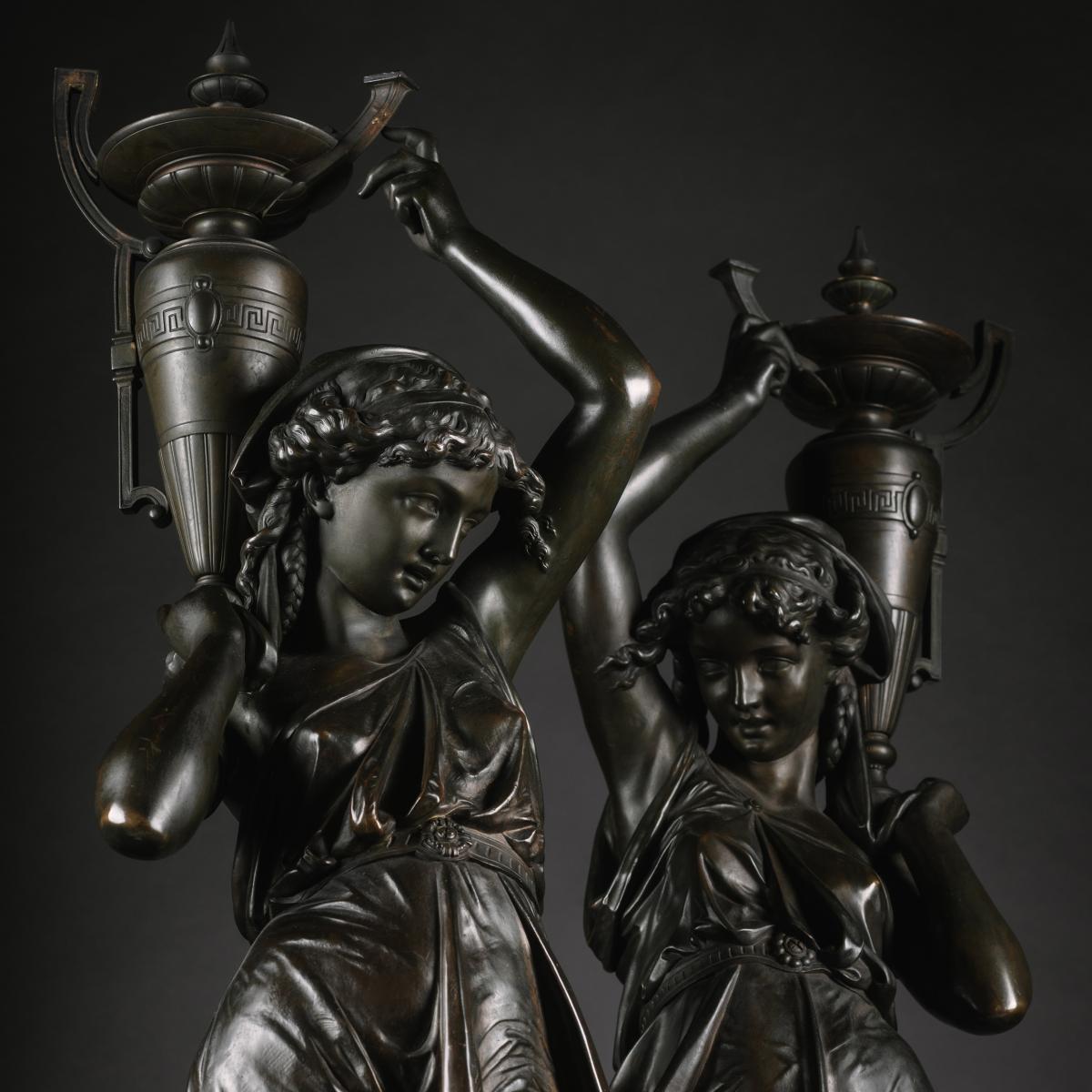 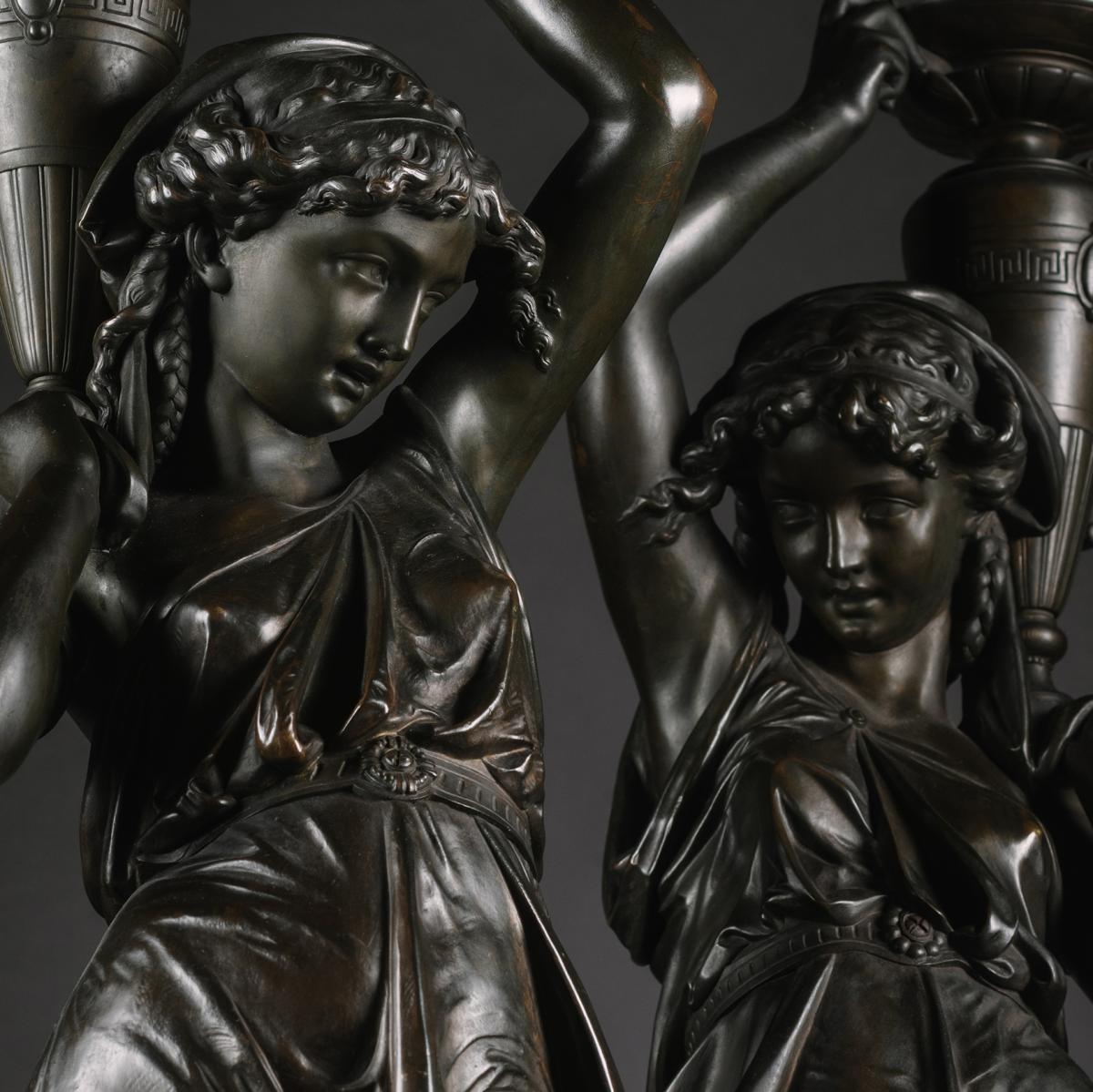 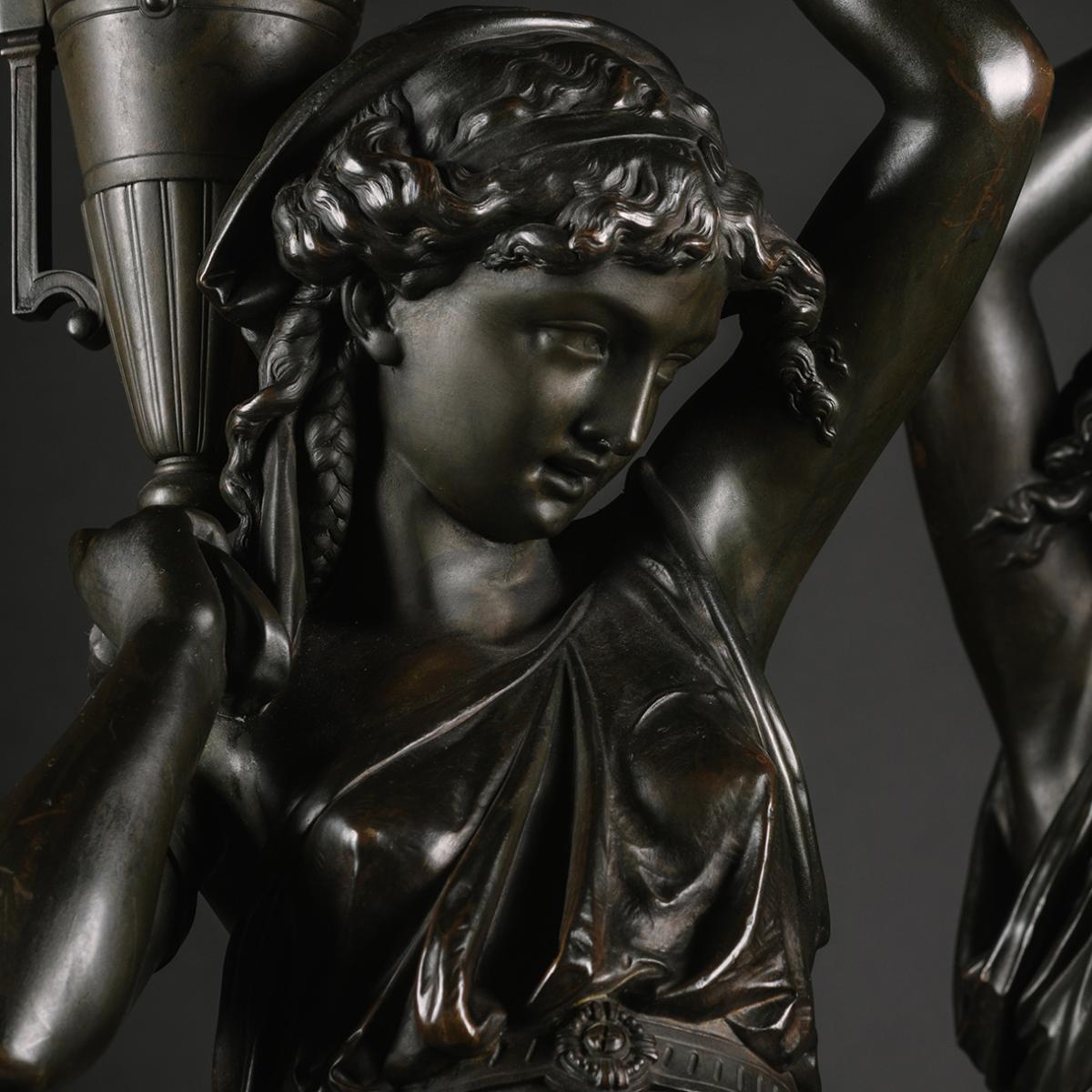 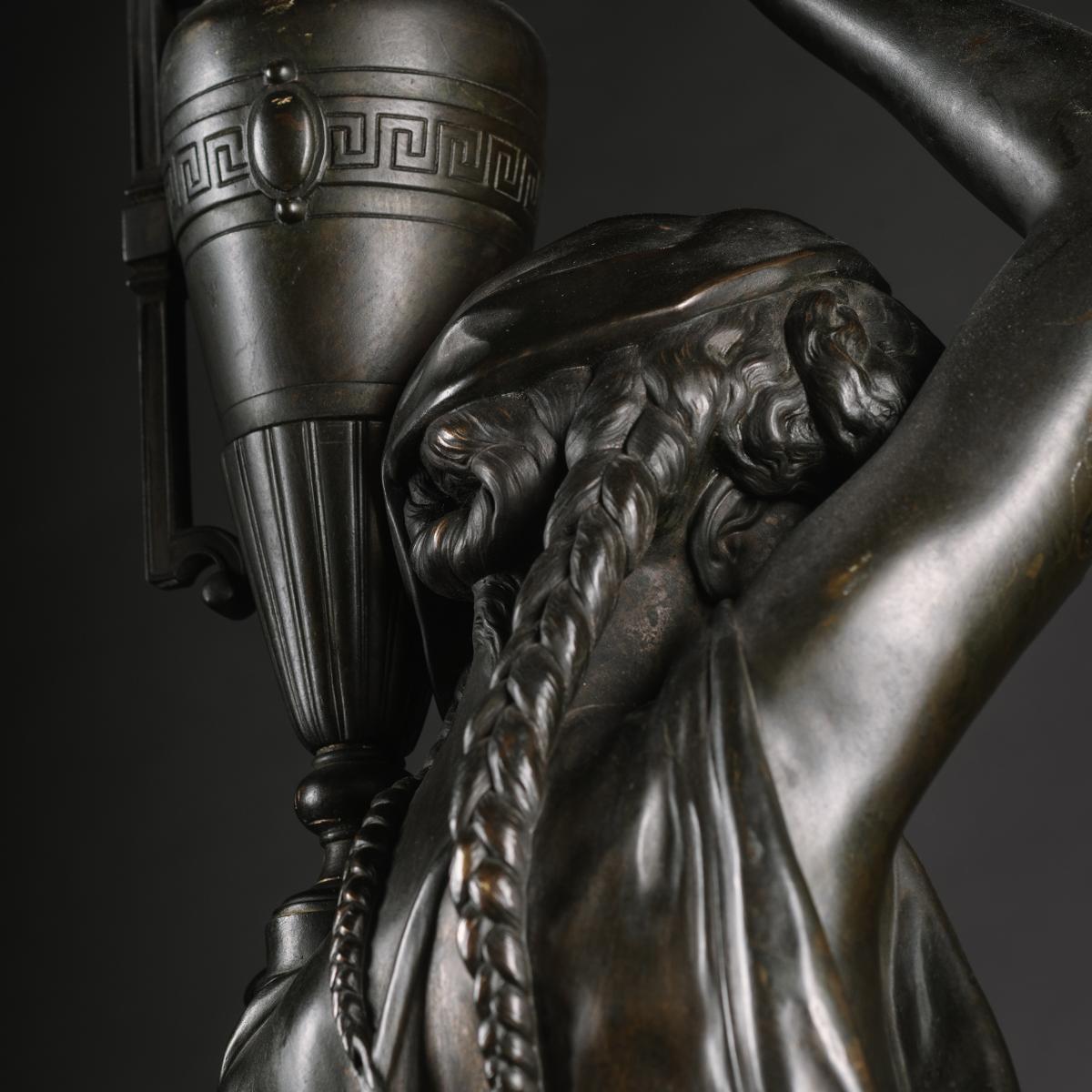 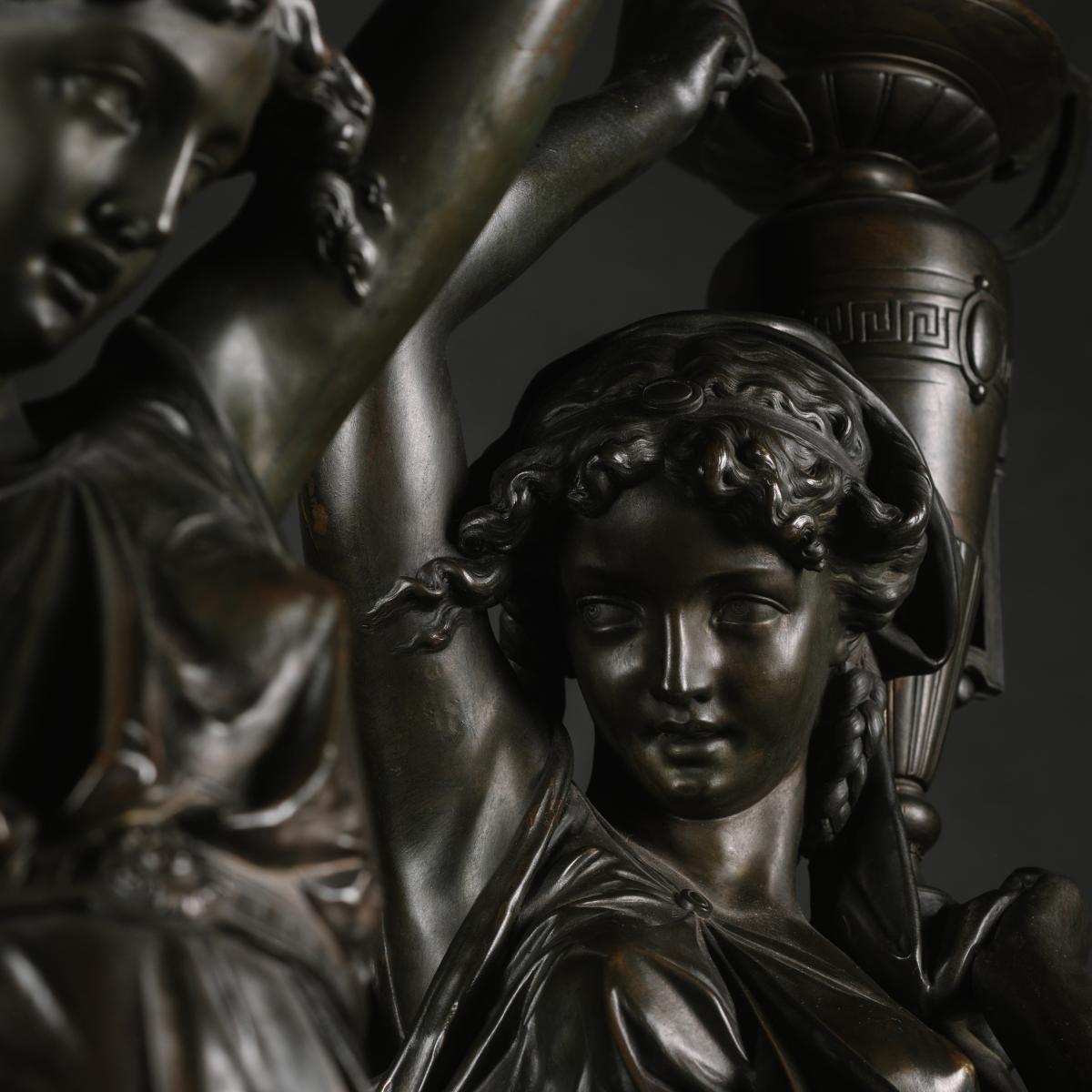 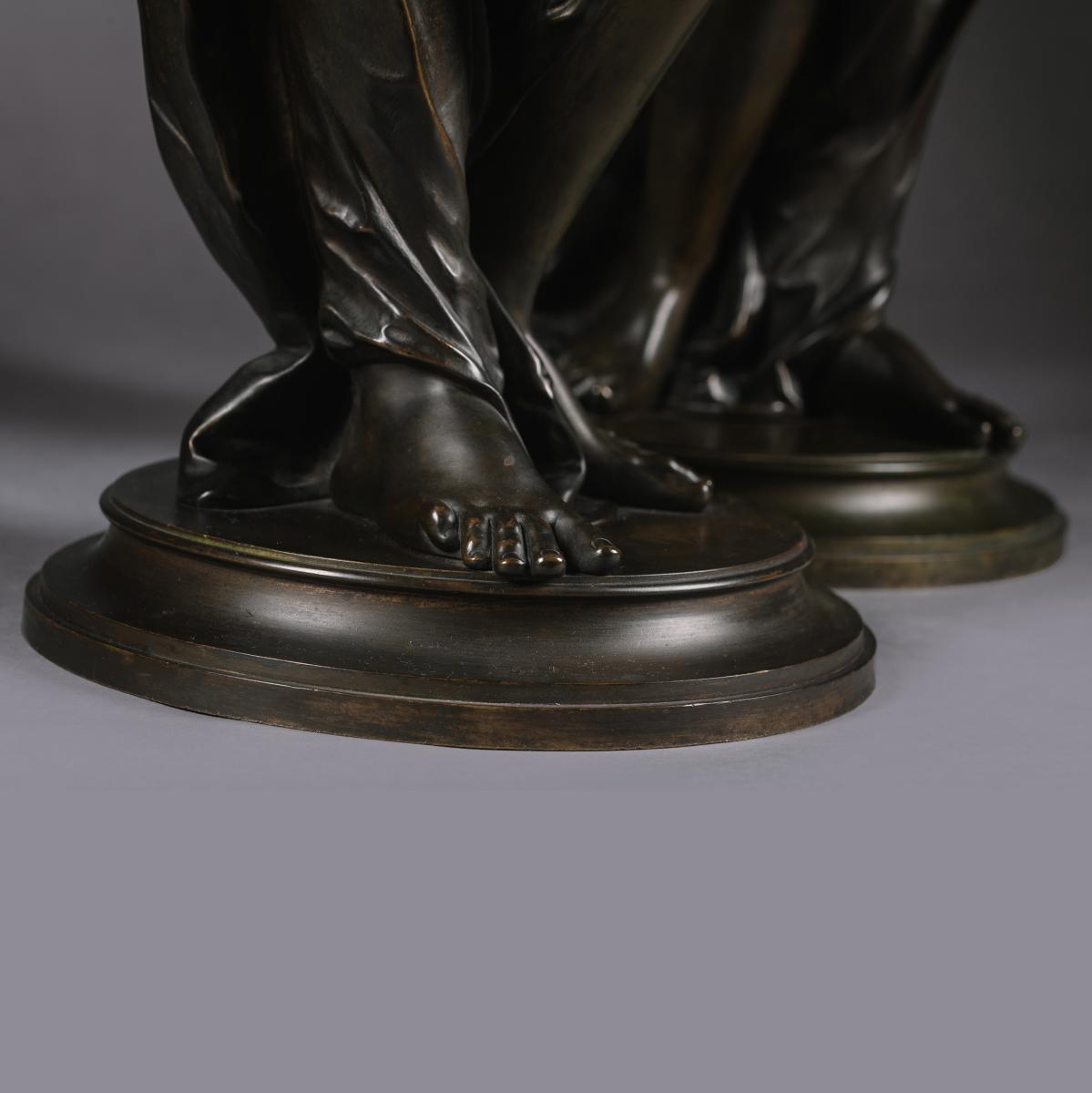 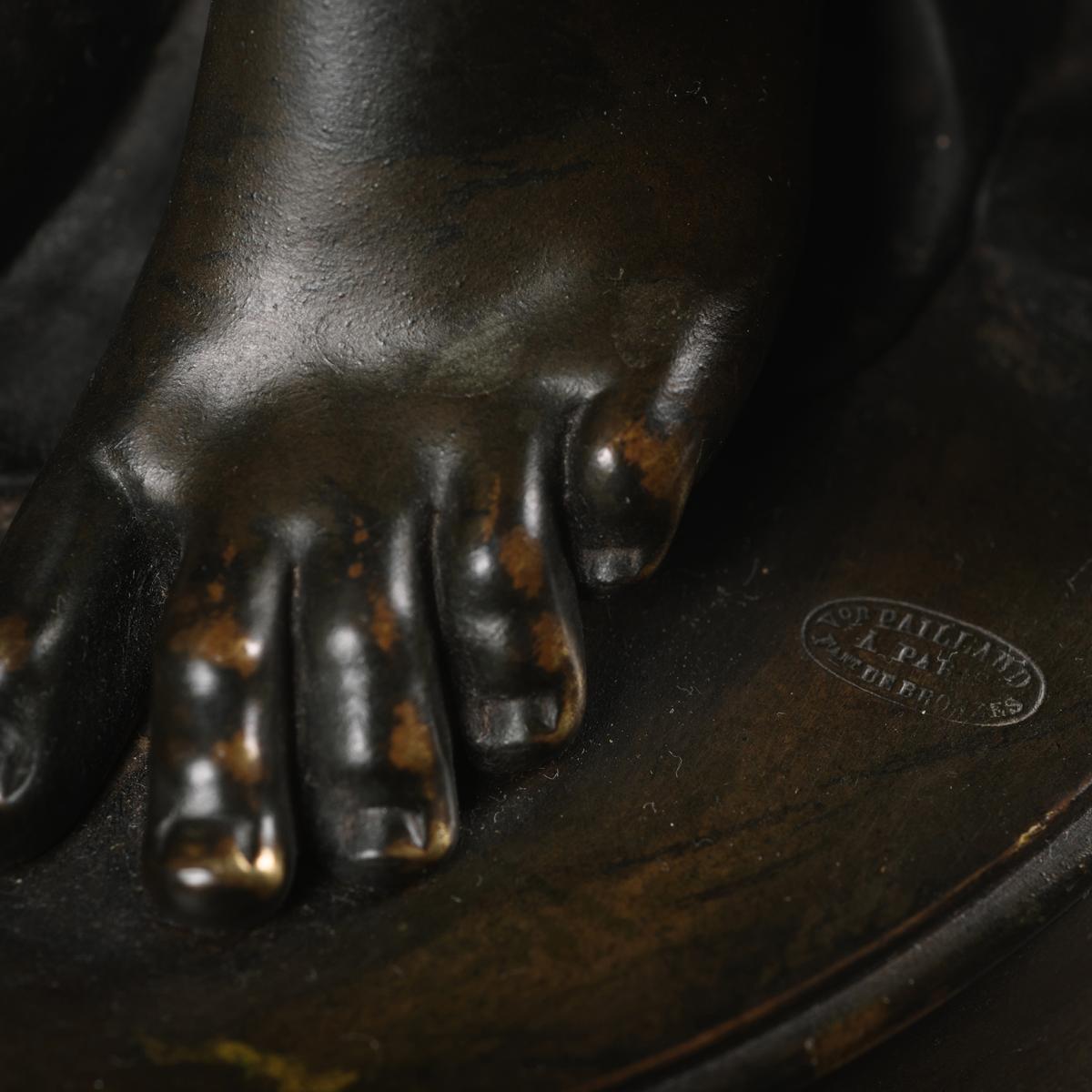 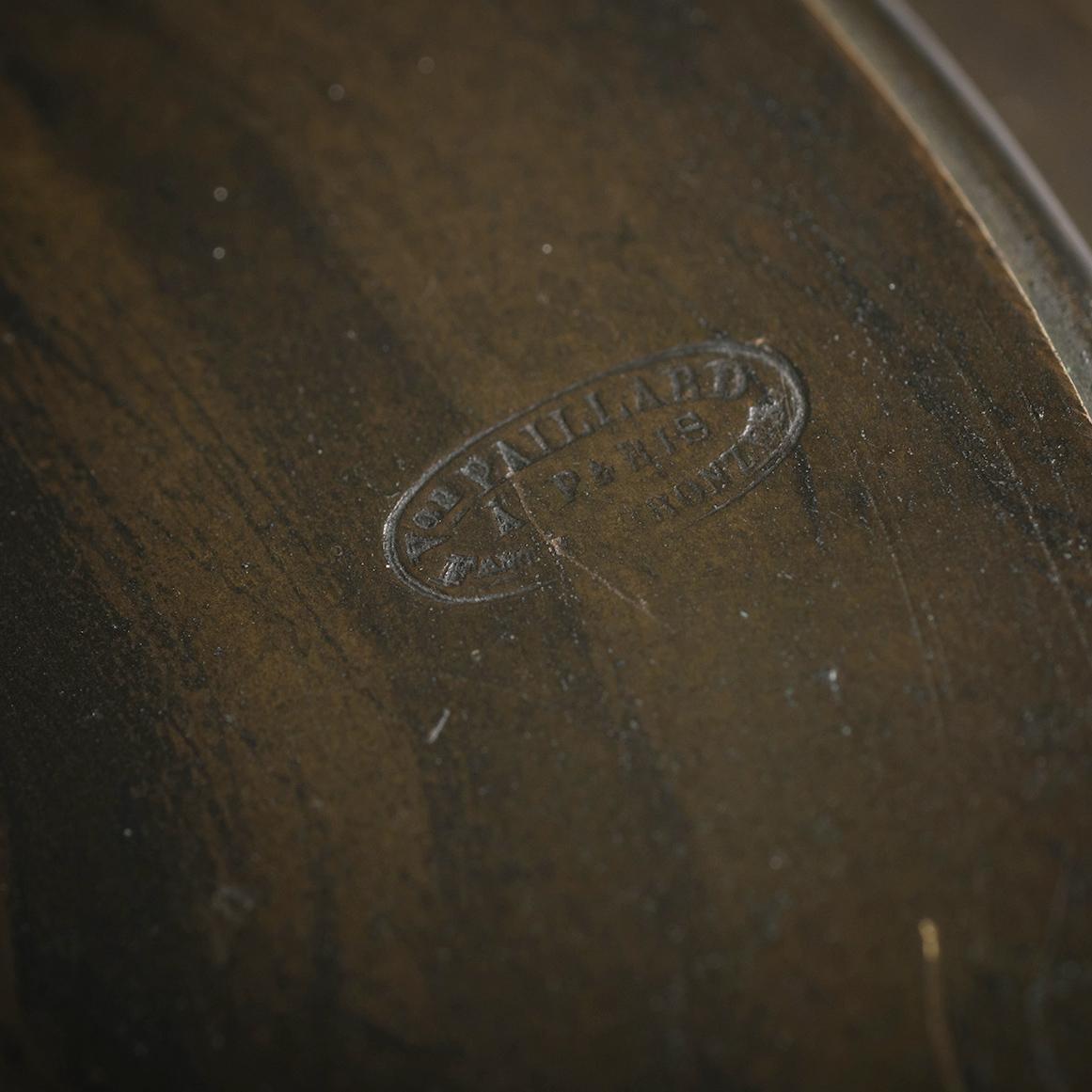 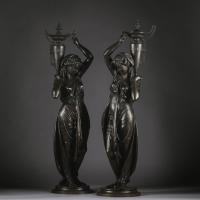 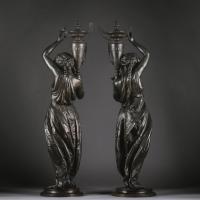 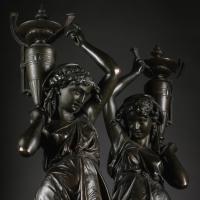 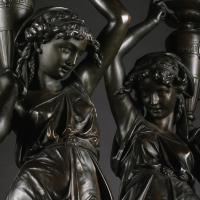 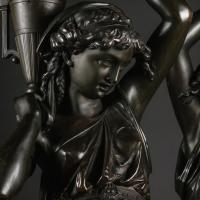 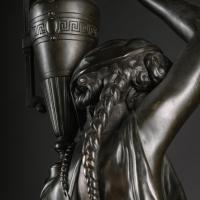 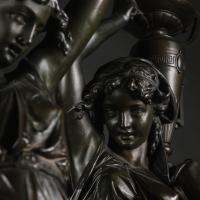 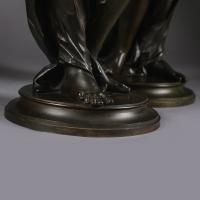 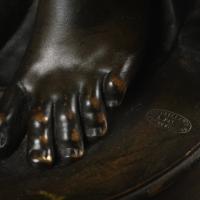 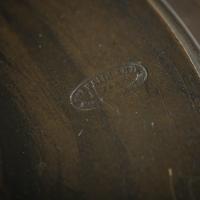 Victor Paillard (1805 -1886) established himself as a maker of 'bronzes of art and furnishing' in the year 1830 at 105 Boulevard Beaumarchais , Paris, and later 6 Rue Saint-Clarde.  He initially specialised in producing small objects including candelabra and statuettes and exhibited at the Fine Arts & Industry Exhibition in 1839.   He continued to exhibit at many of the International Exhibitions held during the Nineteenth Century including a Louis XV style gilt bronze clock and a group of tableware and sculptures at the London Great Exhibition of 1851.

Paillard first exhibited his work at the Exposition des produits de l'industrie in 1839. He had been experimenting with gilt and silvered bronze since 1839, and by 1851 his fine technique caused great admiration at the London Great Exhibition where he exhibited. E. Beres said 'Mr. V. Paillard excels in the novel art of oxydising bronze.  His silver hues are perfect and on, at first glance, deceive even an expert eye...'. .

It is however for his work at one of the French Republic's most prestigious edifices the Quai d'Orsay, the French Foreign Ministry, located on the left bank of the Seine River in Paris that Paillard is most renowned.  The Salon du Congrès and the Salon de l’Horloge in particular displaying the sophistication and technical brilliance of his work.

The Salon du Congrès connects with the Minister's private office on one side and the Salon des Ambassadeurs on the other. Originally called the Salon des Attachés, it was later renamed the Salon du Congrès in memory of the 1856 Congress of Paris which put an end to the Crimean War. The room is dominated by a great chandelier in the Renaissance style by Paillard decorated with cherubs and arabesques.  Paillard also delivered at the same time a bronze and gold clock resting on a green marble plinth representing Architecture and Painting, candelabra depicting The Three Graces, another pair of candelabra decorated with cherubs and bouquets of flowers and a pair of torches in the form of chimera, with flowers and garlands. All these pieces still decorate the Salon du Congrès today.   Paillard also produced the bronze mounts for the magnificent fireplace in the Salon de l'Horloge at the Quai d'Orsay and was responsible for the famous clock from which the room takes its name.

As well as undertaking his own commissions Paillard undertook the casting for a number of the most famous sculptors of the day including Feuchère, Pradier, Barye, Carrier-Belleuse, Preault and Klaggmann. He was to run one of the most successful and admired foundry’s in France 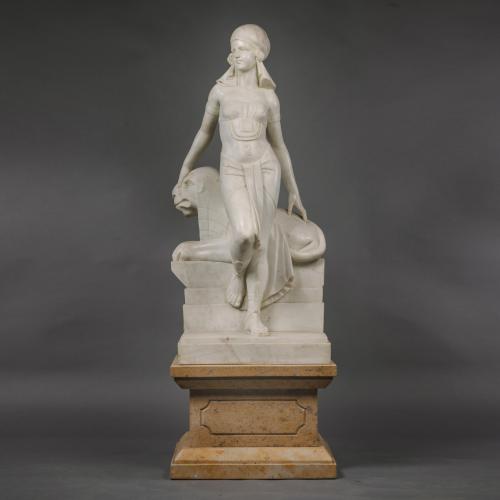 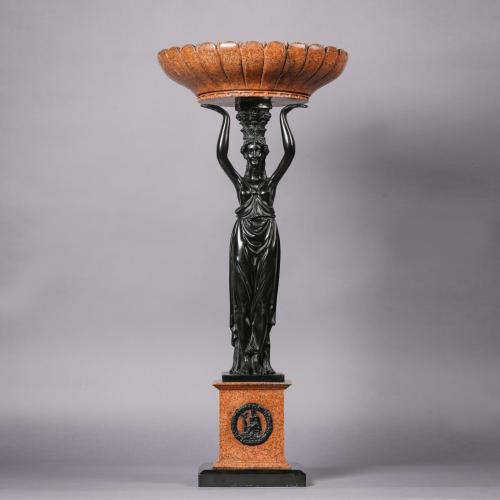 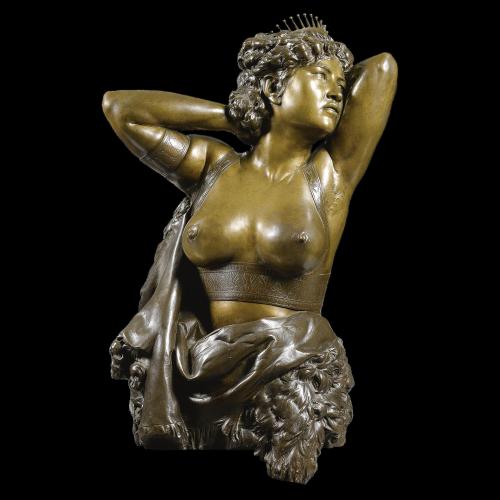 A Multi-Patinated Bronze Figure of an Egyptian Dancer By Cesare Fantachiotti, Cast by Fonderia Galli
Adrian Alan
View all from this dealer