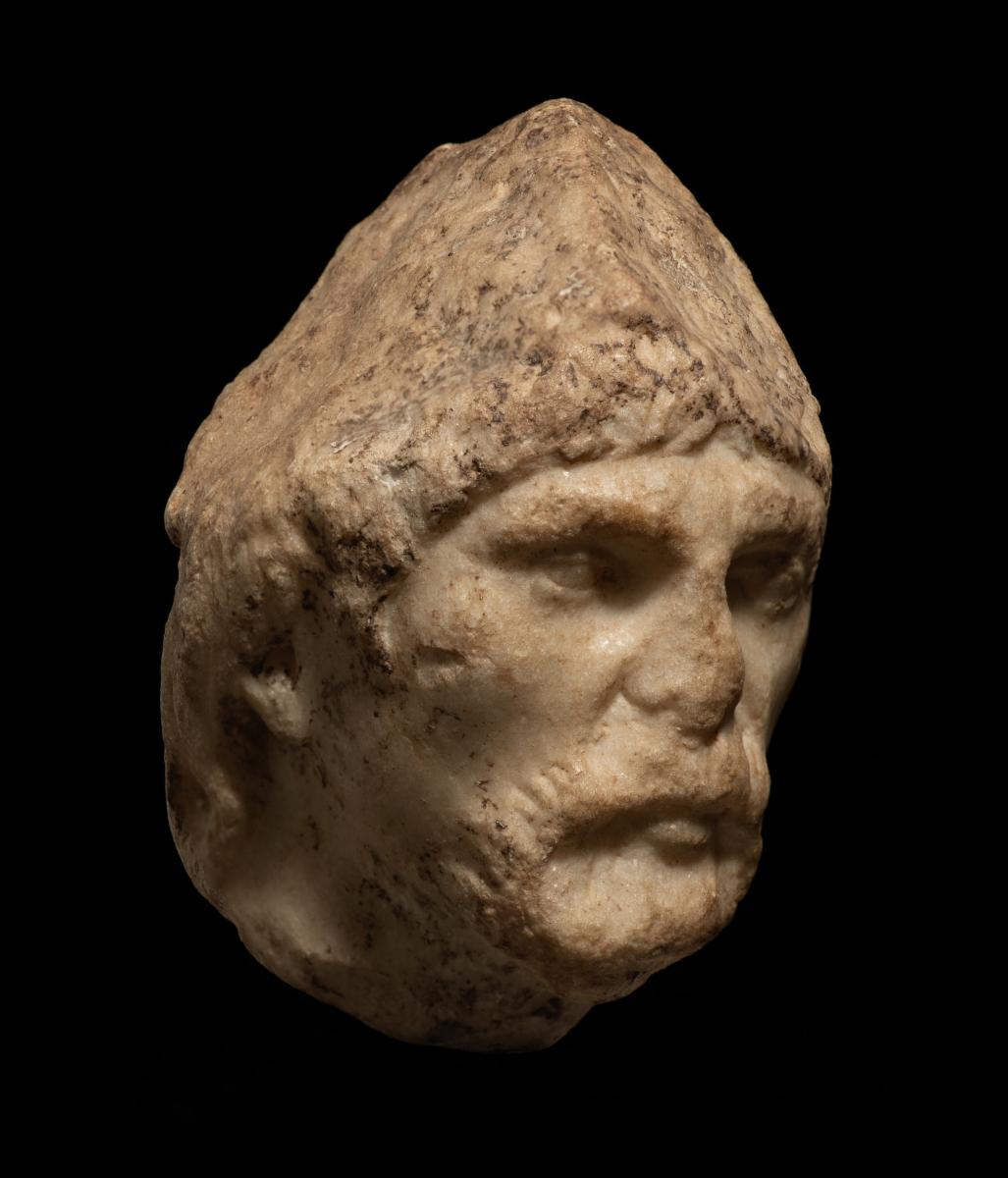 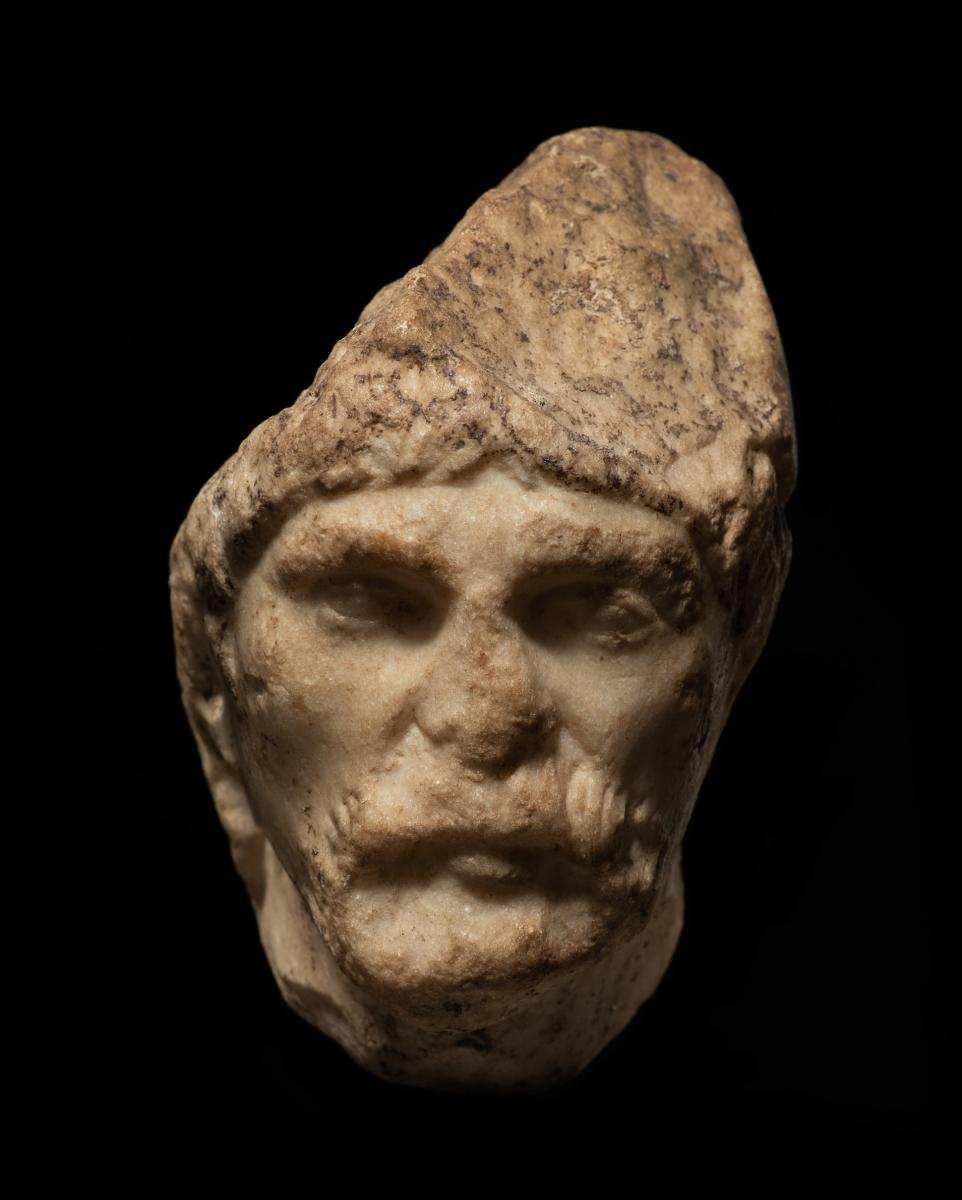 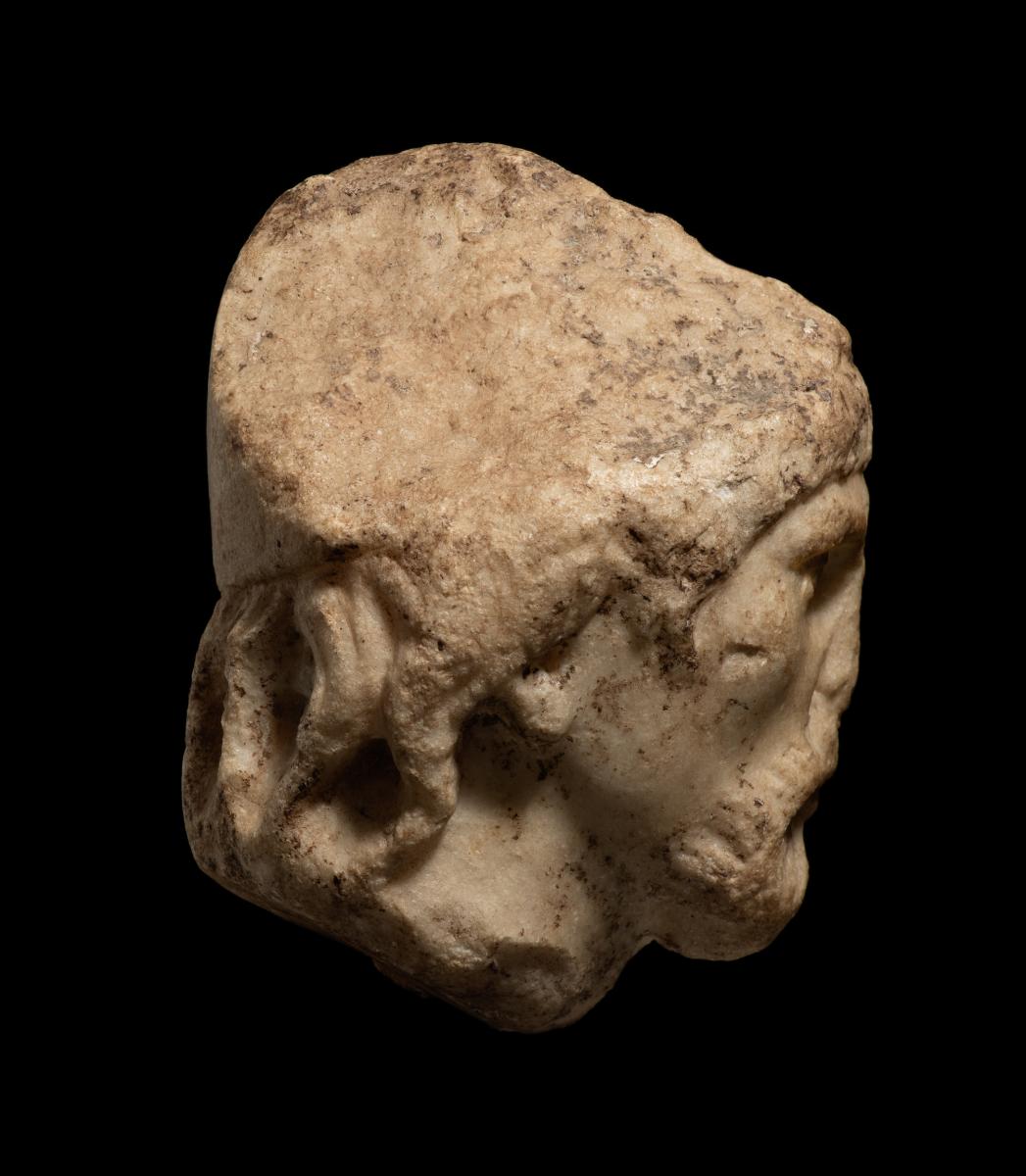 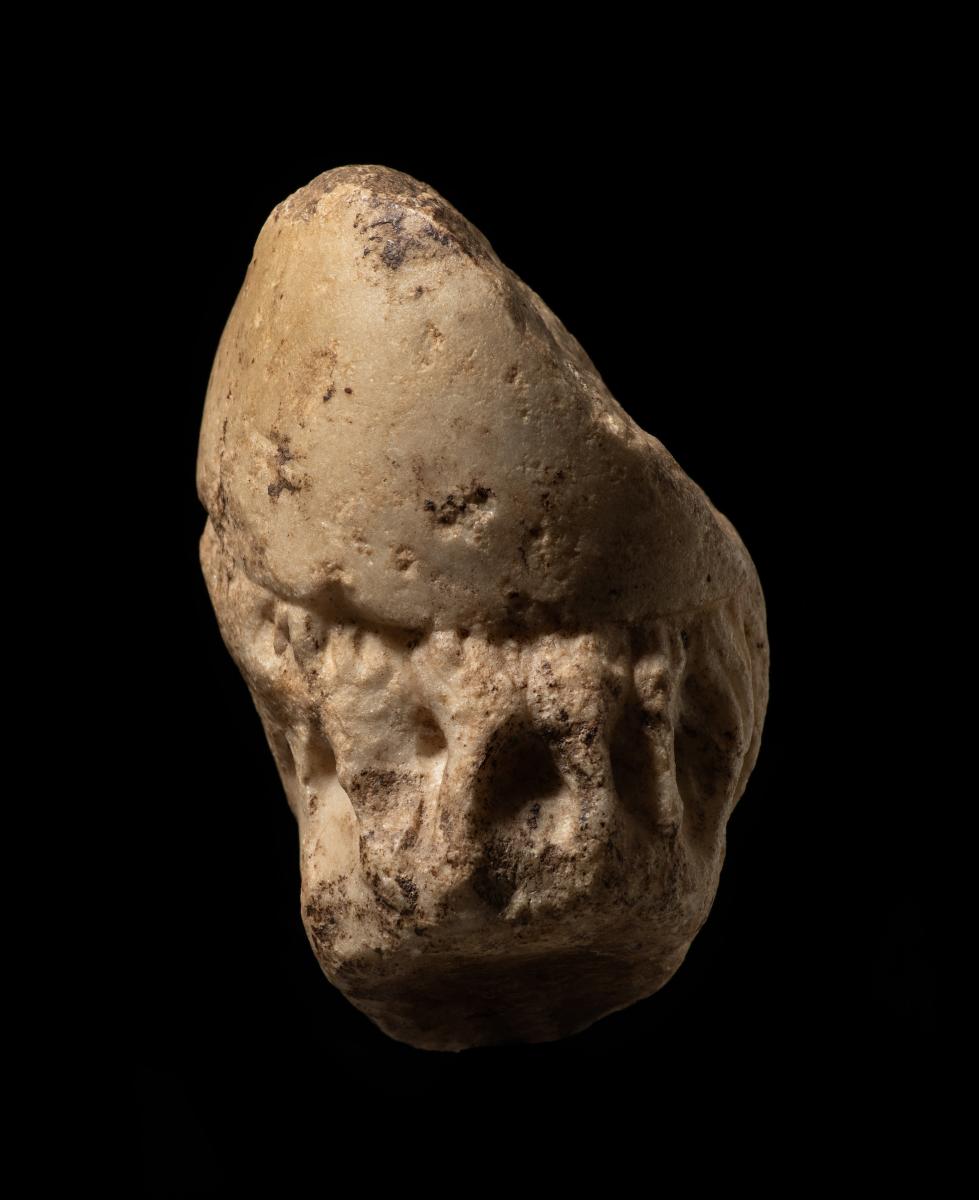 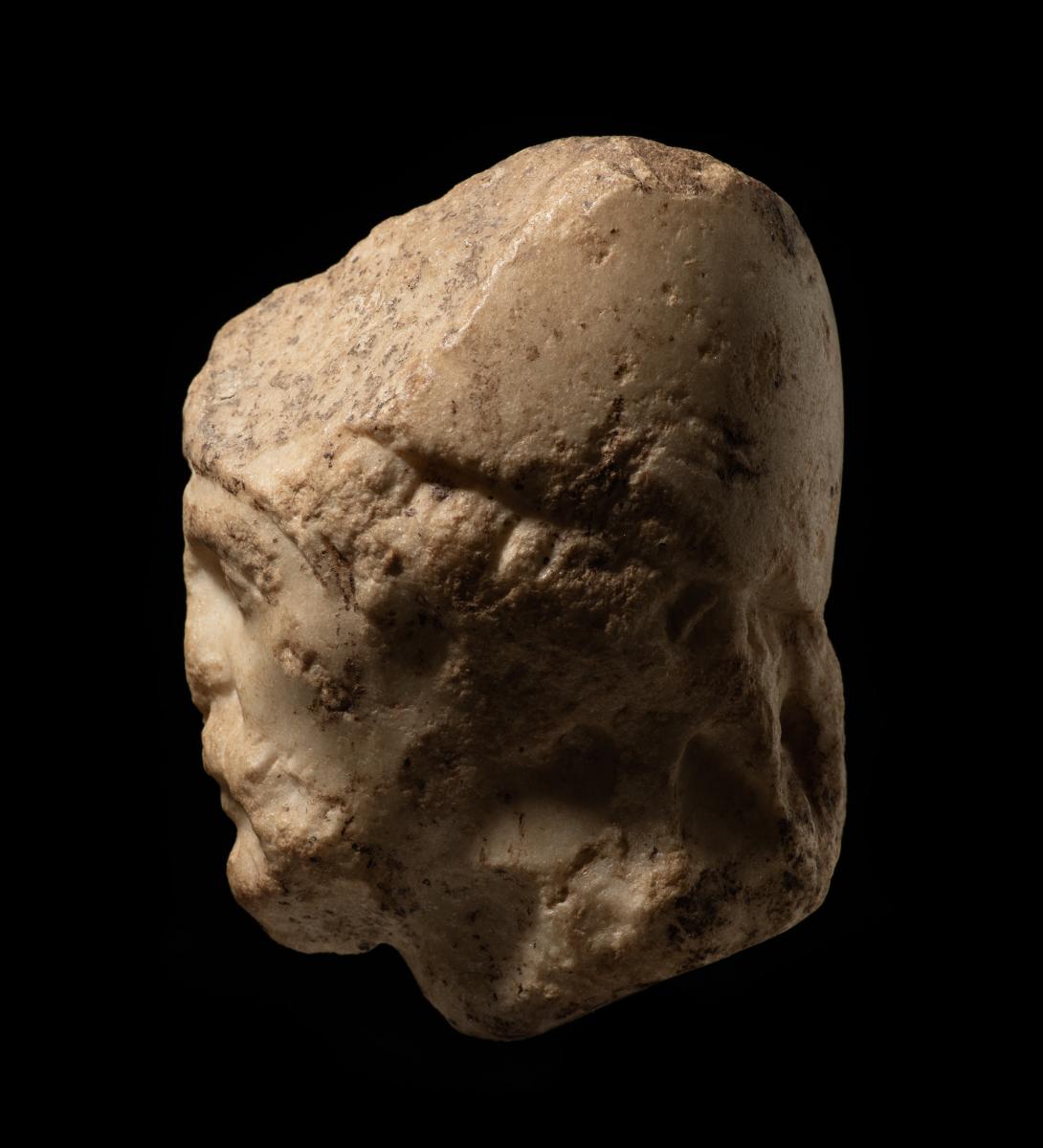 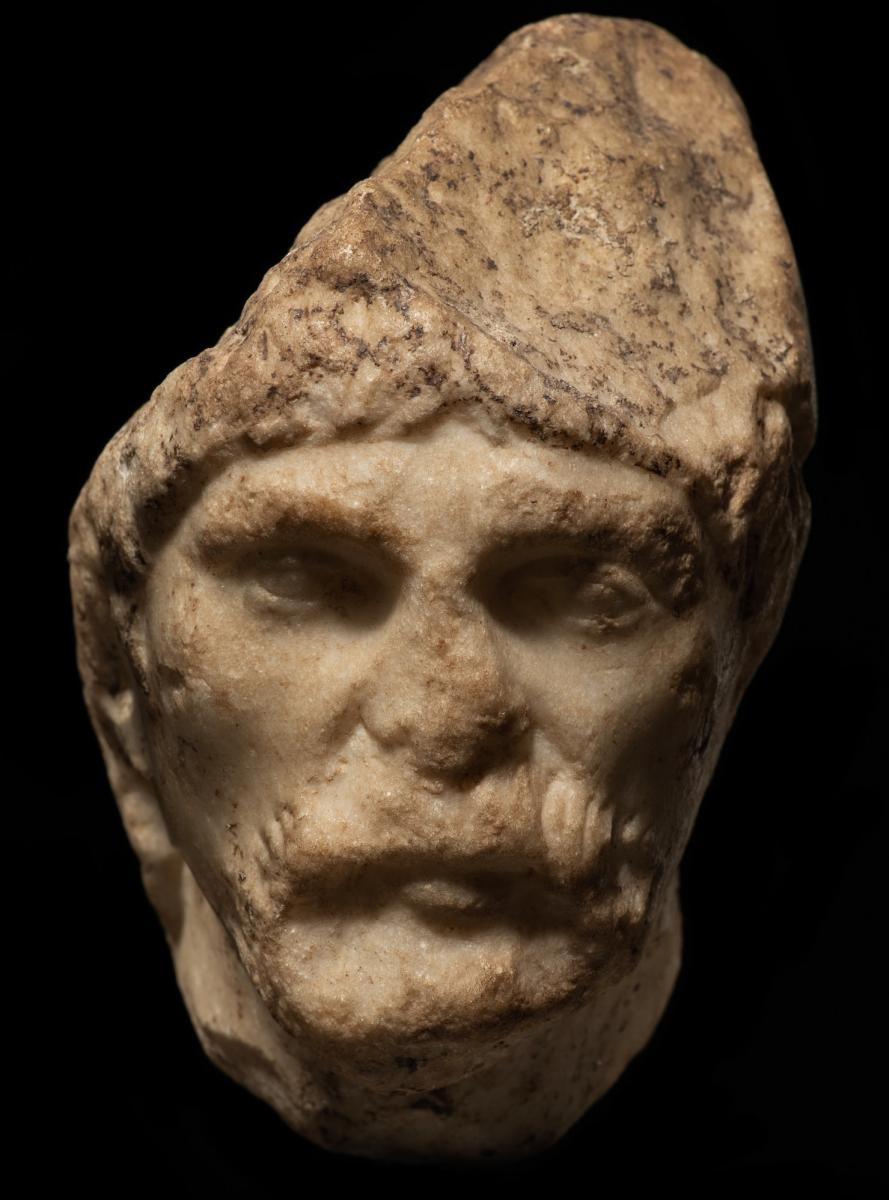 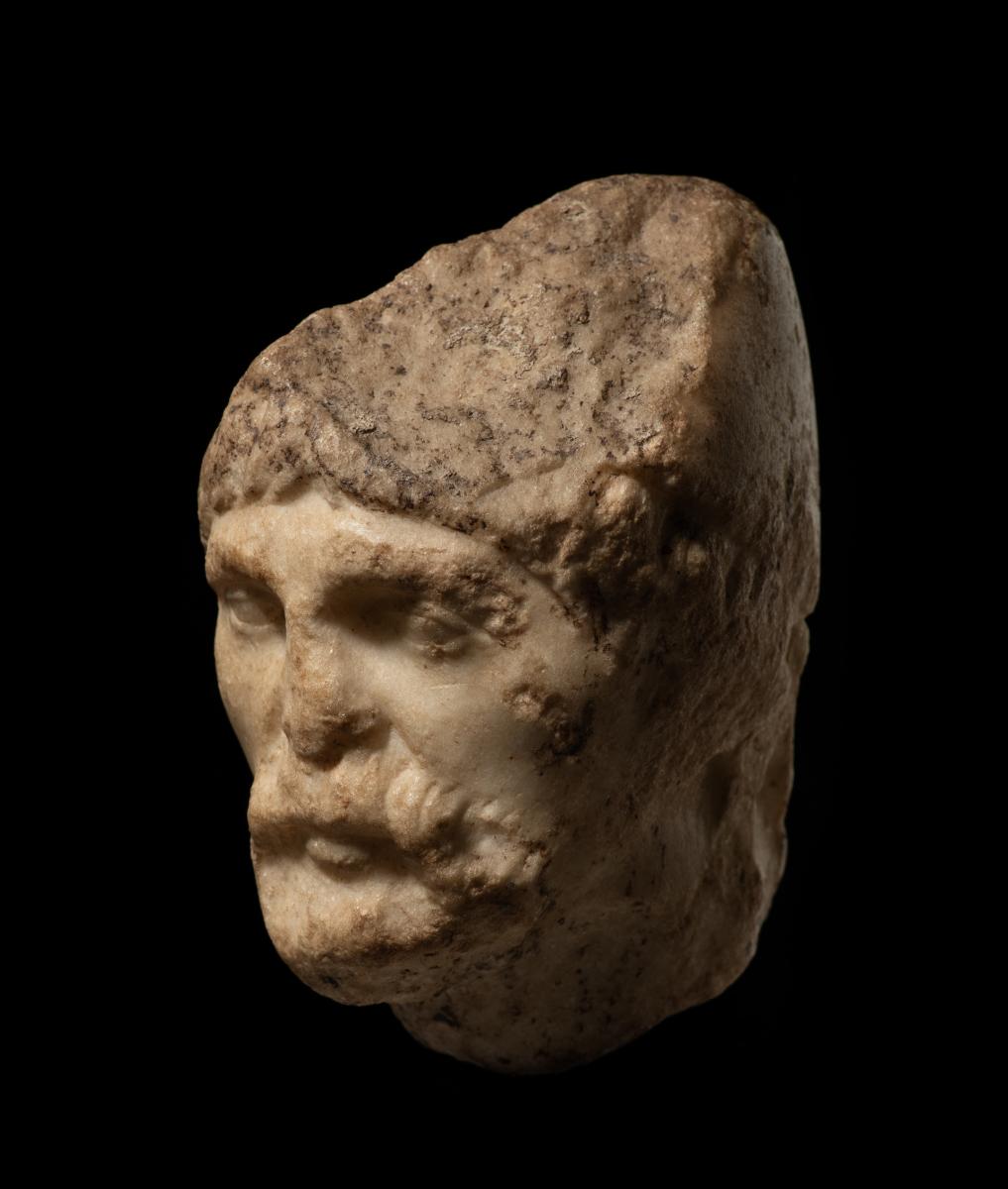 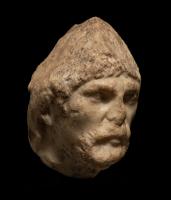 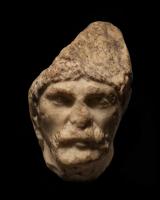 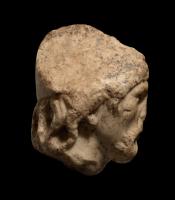 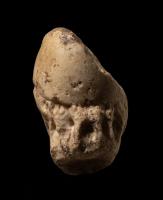 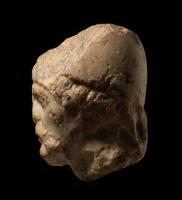 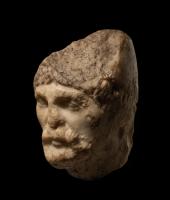 Roman head of a bearded man

Depicted wearing a pilos, from under which long locks of thick, unkept hair escape. His brows are knitted and his deep-set eyes narrowed, his cheeks rather sunk, giving his face a careworn aspect.

His thin lips are framed by a long moustache and short beard. Some original polish remains, particularly to his face. Much of the hat broken away, damage to the face, specifically the nose.

Odysseus was a major character in the most famous of Greek Epic poems, the Iliad, and was the protagonist of the Odyssey, both works of Homer. He was an important individual in the mythological tapestry of the Greek world, whose mortal heroism gained him fame and admiration for millennia.

The deeds of Odysseus are celebrated as a means of showing the strength of man, the ability to keep a level head and the constant struggle that humankind faces. He lived in a time where monsters and gods walked the earth, and as such made for a an inspiring subject for Greeks and Romans in the sculptural decoration of their homes.

Images of Odysseus can readily be found on vases and lamps, and are not uncommon on sarcophagi. However, as marble sculptures, whether part of a group or free standing, they are very rare.

The most famous sculptural group of Odysseus was discovered at a sea-front grotto in Sperlonga, Italy, and displays in monumental fashion the episode in The Odyssey where Odysseus and his men blind the man-eating Cyclops Polyphemus, who is holding them prisoner in his cave.

The distinctive pilos, was worn by only a few heroes and individuals from Greek myth. It was a hat worn by travellers, and as such refers to the ten-year journey home that Odysseus made to get back to his wife and son in Ithaca. The thick, slightly straggled beard and moustache and the weathered face also allude to the hard travels he has endured.

Private collection of a German archaeologist, Germany, acquired prior to 1975