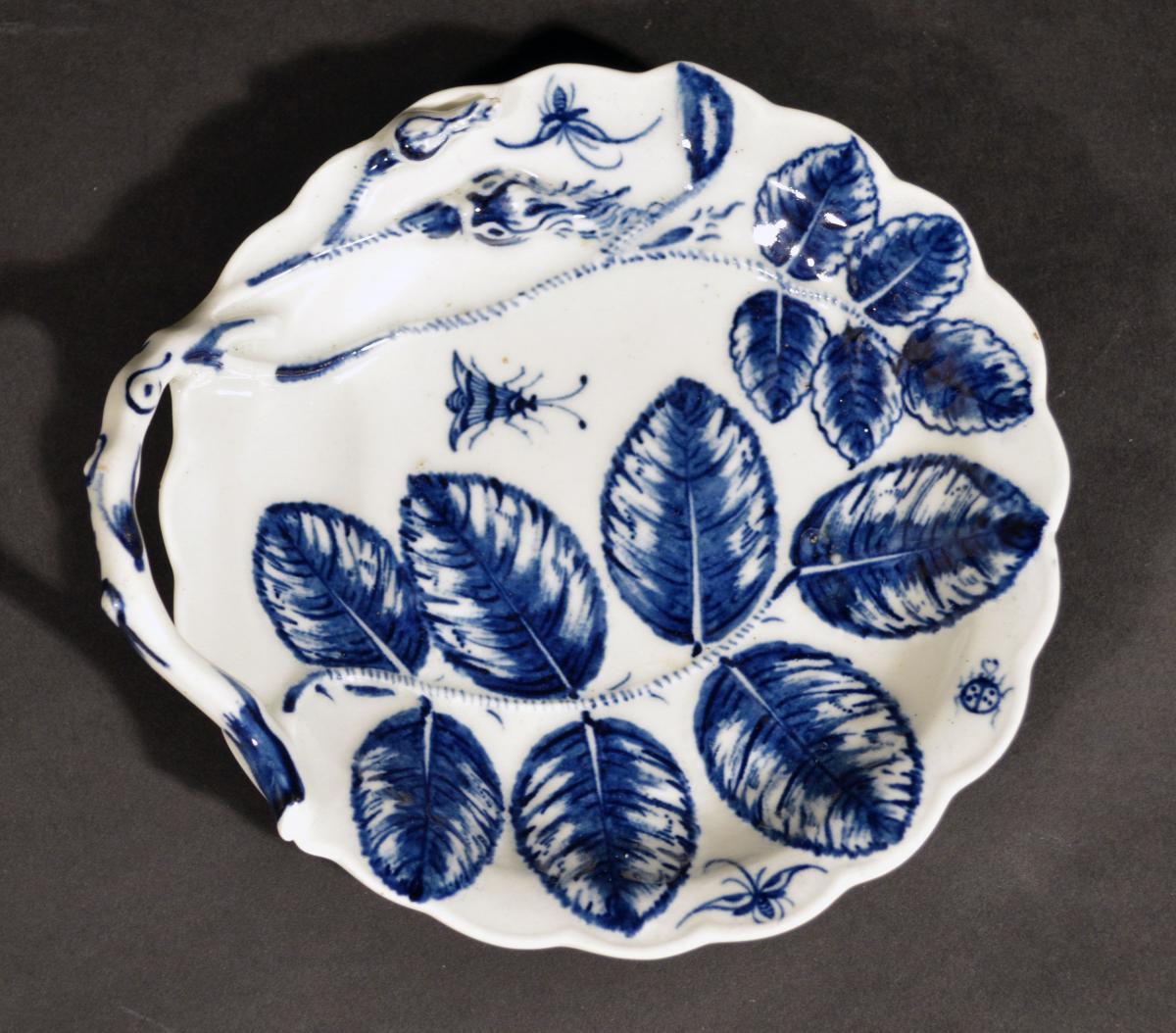 The Blind Earl pattern, with its raised moulding, was introduced by Worcester in the 1750s.  It was named after the Earl of Coventry, who lost his sight in a hunting accident, asking Worcester to make for him a design that he could feel - the accident purportedly dating from the 1770's and research also shows that two generations of
the family suffered a loss of vision.  Thus while the story is fun it is not correct.

A similar shape was also made at Chelsea during the Red Anchor period (1752-56). 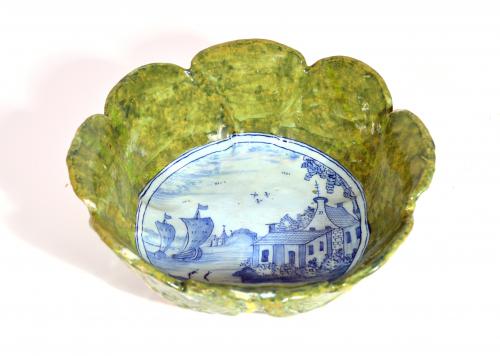 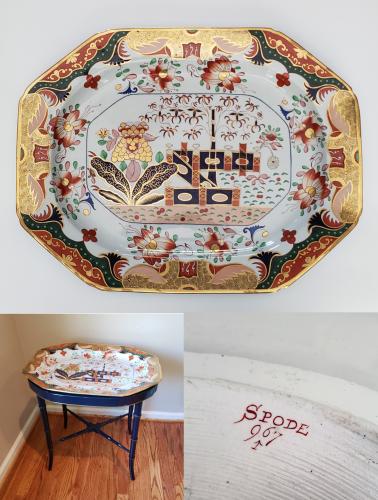 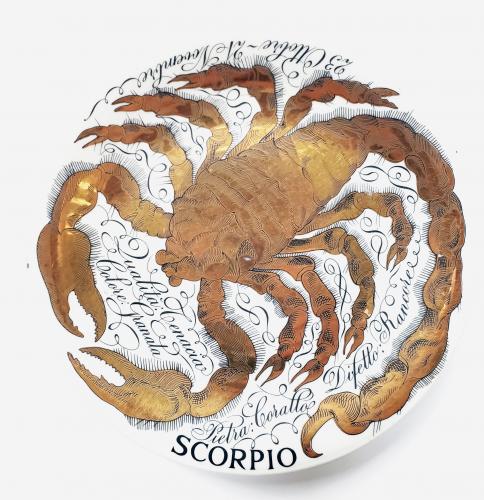