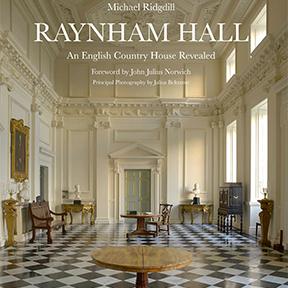 For 25 years BADA Friends and the Young Friends have assisted with the purchase of many important objects for national museum collections. The Friends have also helped to fund publications for key cultural institutions. Read an overview of the projects supported by the BADA Friends.

Purchase of a William and Mary Lighthouse Sugar Caster to complete a set at the Victoria & Albert Museum, London

Support of the purchase of the Chippendale Music Desk at Temple Newsam House, Leeds

Purchase of a Longcase Clock for the Petworth Cottage Museum, Petworth, West Sussex

Young Friends Sponsorship of the Quiz Desk at the Geffrye Museum, London

Restoration of the staircase & the Coade stone font at the Foundling Museum, London

Purchase of equipment for the metalware department at West Dean College, West Sussex

Young Friends Sponsorship of the Education Department at The Wallace Collection, London

Young Friends Restoration of a painting at the Watts Gallery, Surrey

Restoration of the Apothecaries Chest and Georgian Pole Screens for Kew Palace, London

Purchase of a Bronze skillet to complete the collection at the Somerset County Museum, Taunton,
Somerset

Restoration of portraits of the founders of the Royal Hospital for Neuro-Disability, London

Sponsorship of the book  - Penwork - a Decorative Phenomenon by Nöel Riley

Restoration of the Camden’s Britannica for the Wren Library at Lincoln Cathedral, Lincoln

Sponsorship of A Festschrift in honour of the late Jonathan Horne

Sponsorship of student at the Centre for Textile Conservation and Technical Art History, University of
Glasgow

Sponsorship of the restoration of a set of Georgian Vestry Chairs from St Magnus the Martyr, City of London

Supporting a student at the Textile Conservation Centre in Glasgow