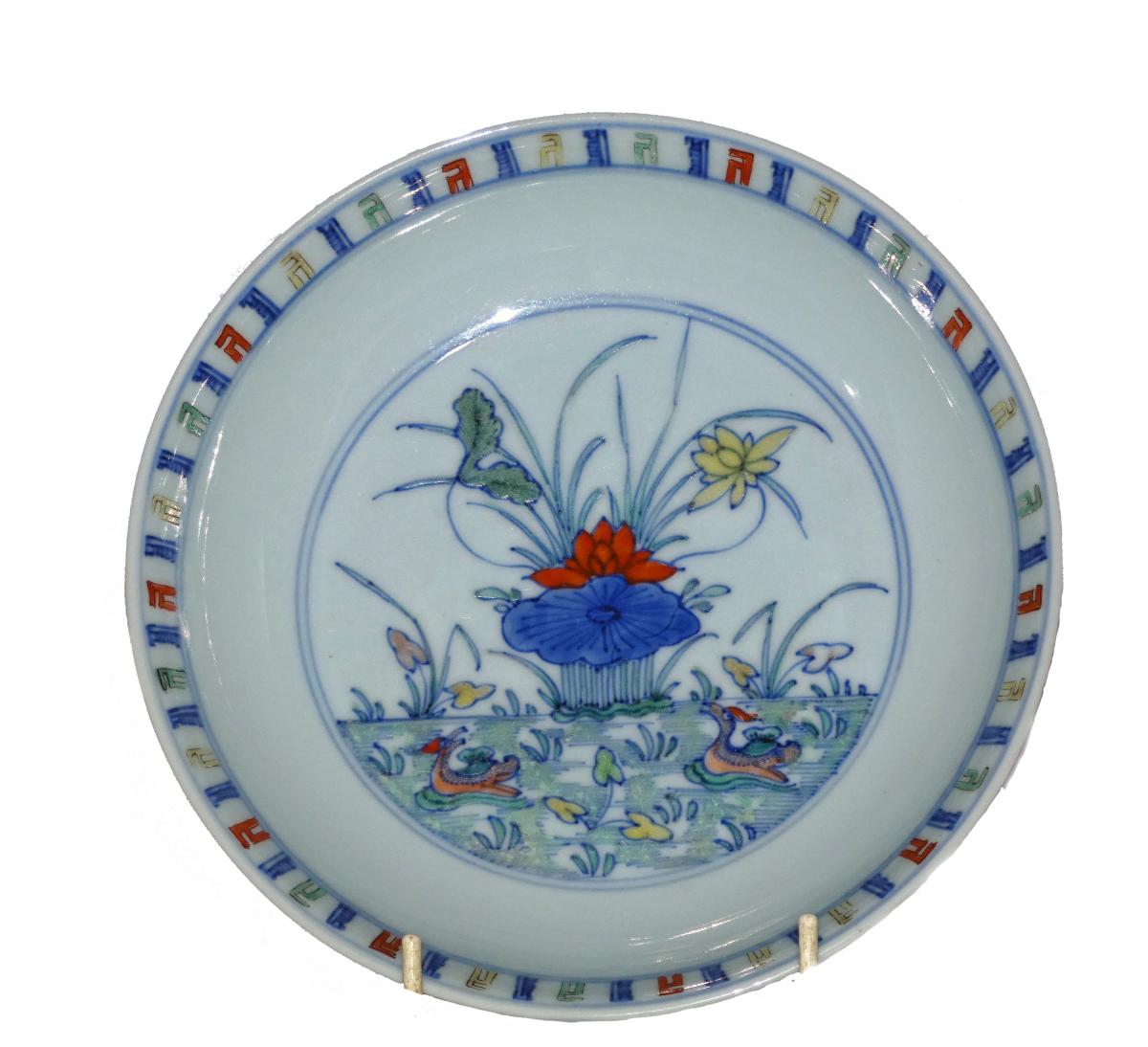 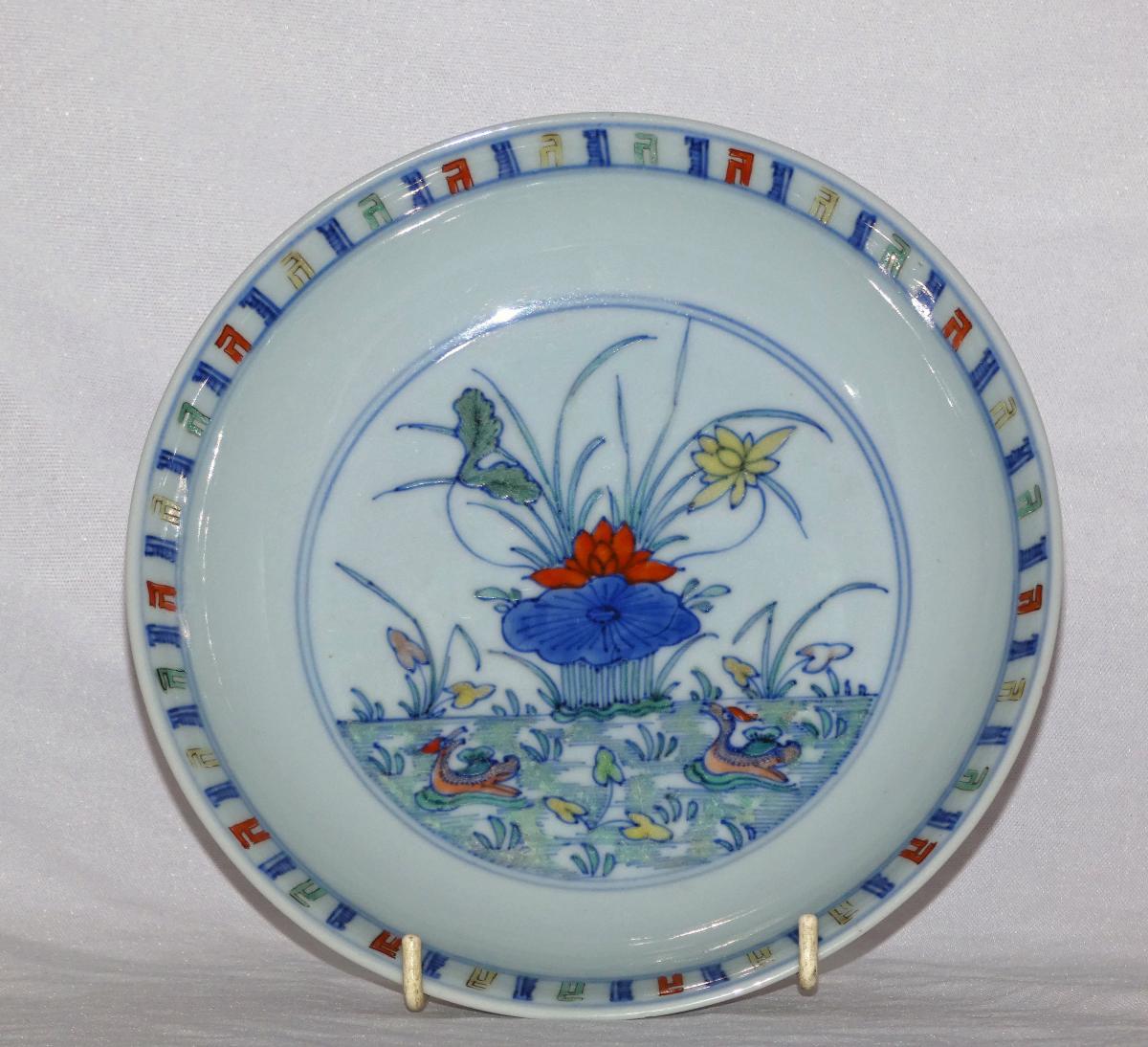 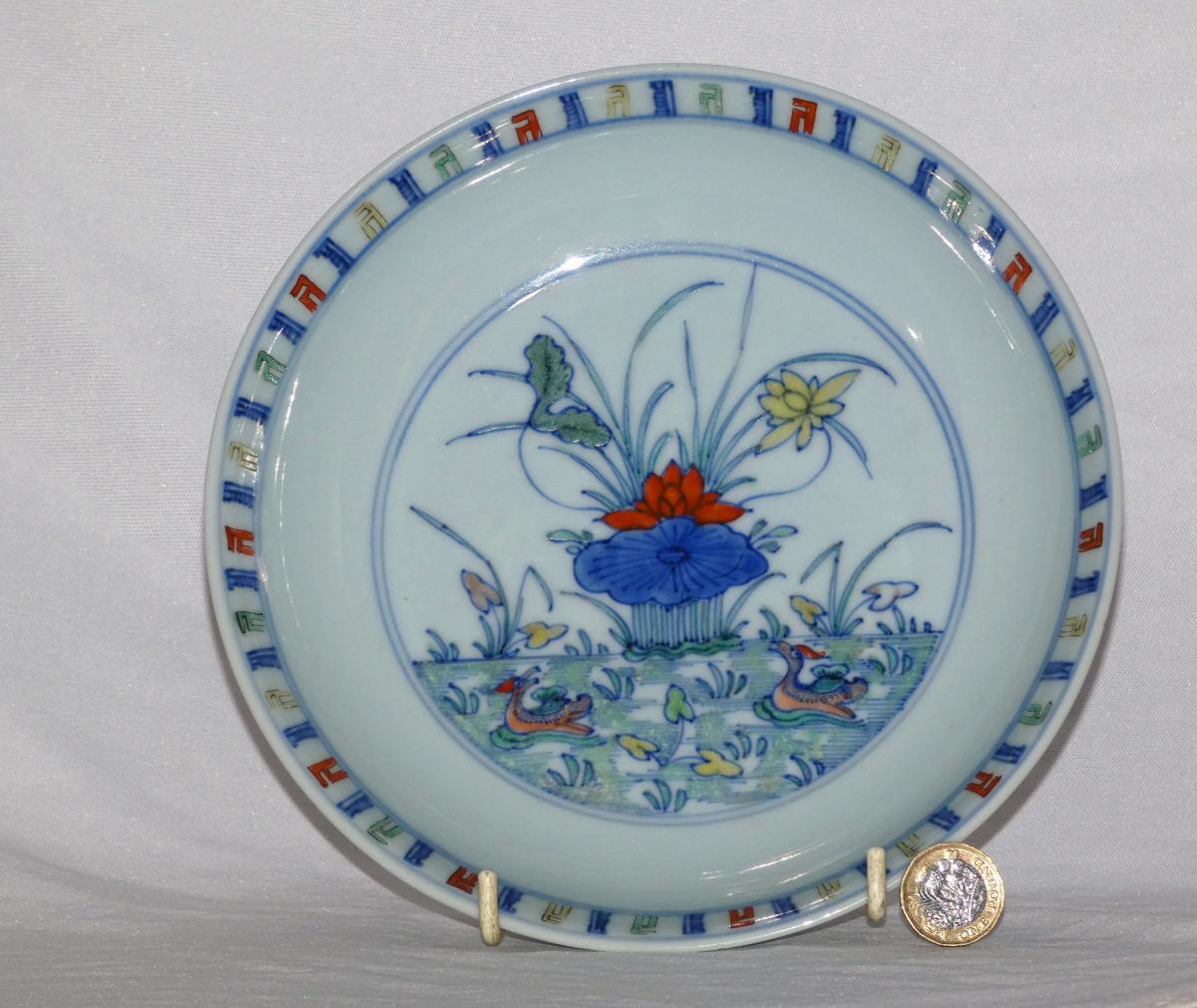 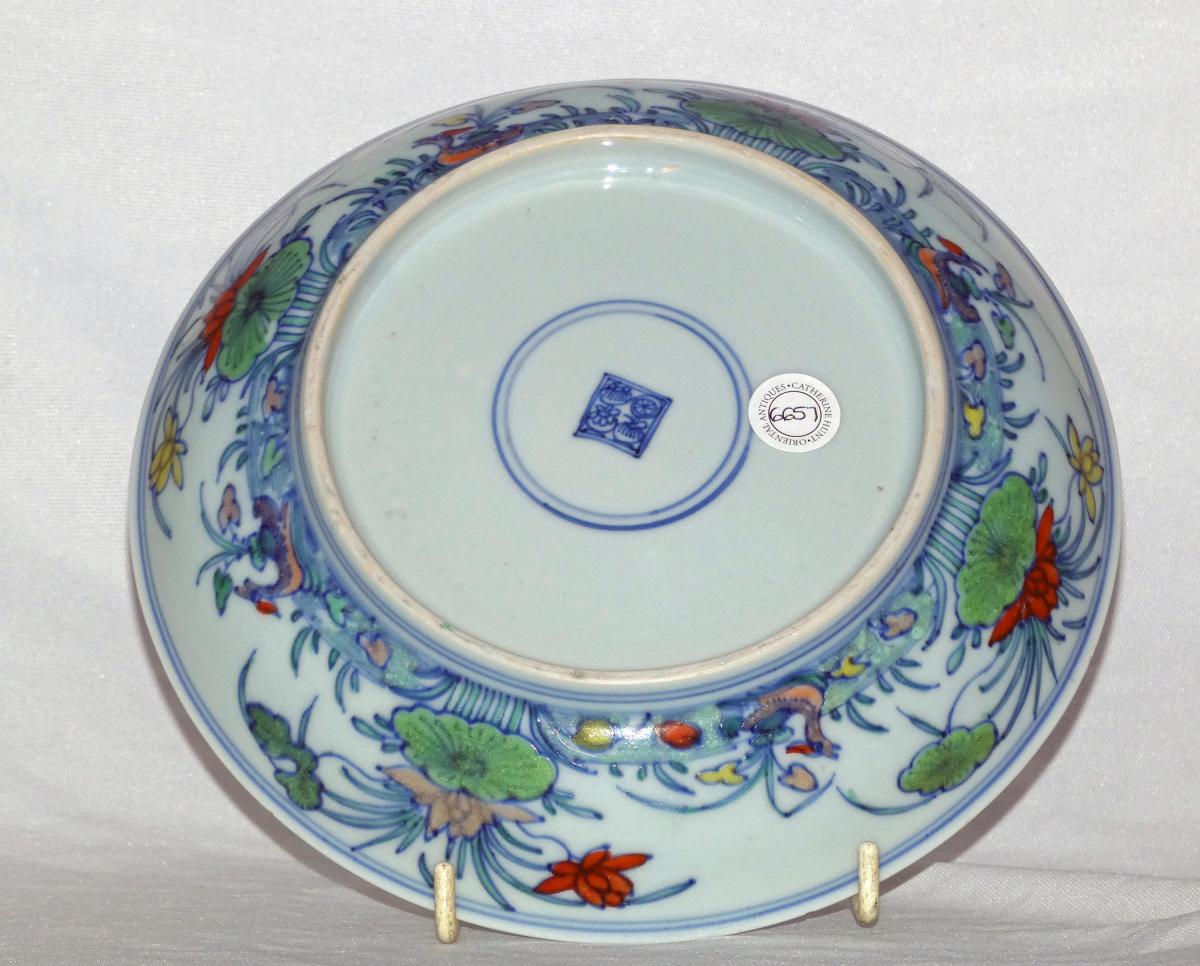 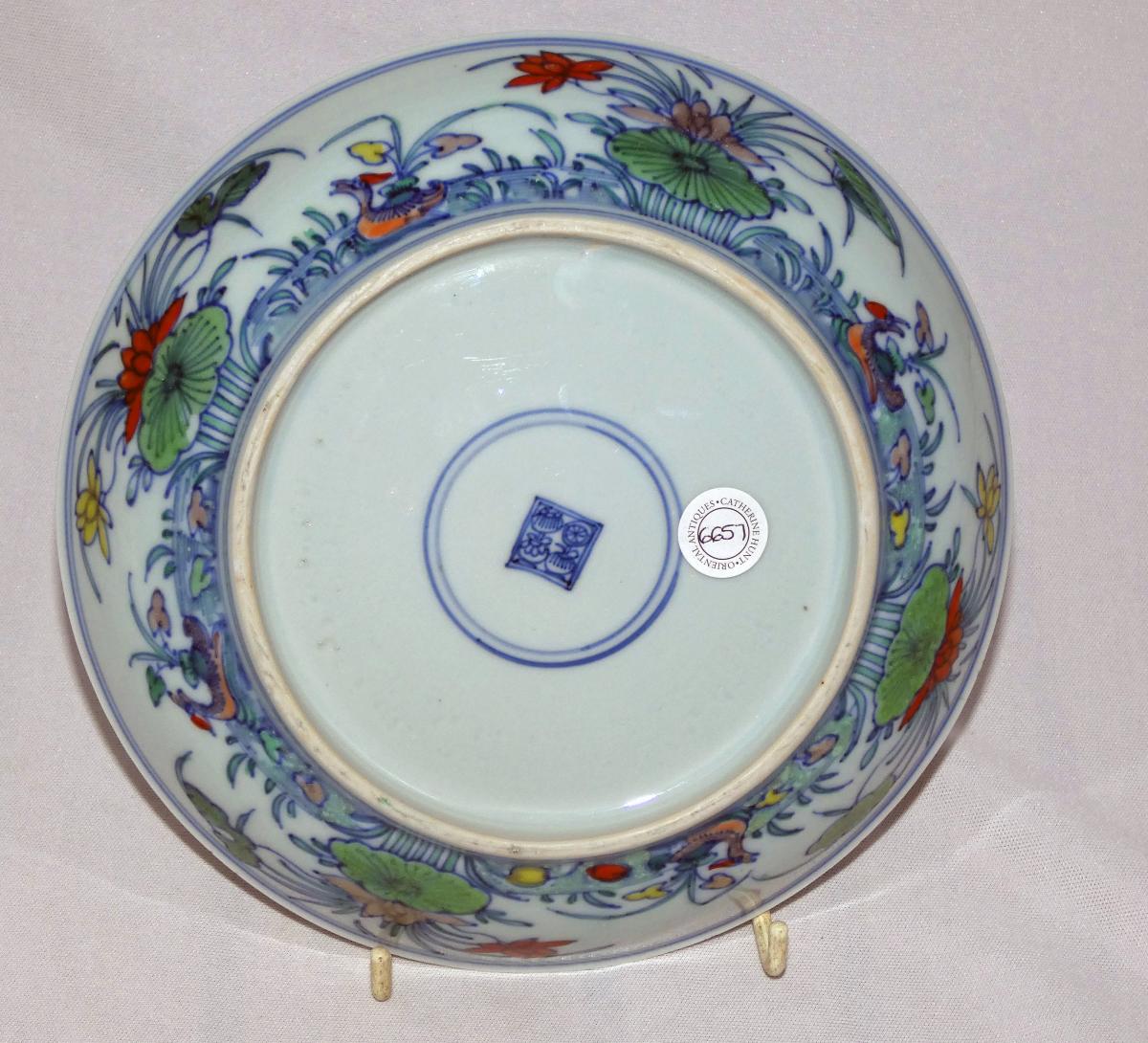 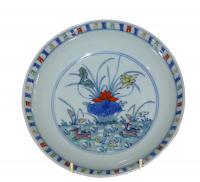 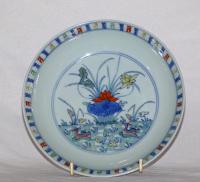 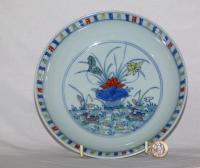 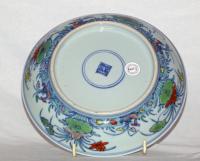 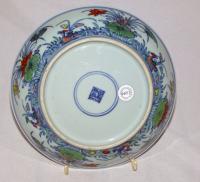 Chinese 18th Century overglazed enamel plate - Doucai - made during the reign of the Emperor Yongzheng (1723-1735) at the kilns at Jingdezhen made for export. Square seal mark to the back
Painted to the centre with a pair of Mandarin Ducks in a lily pond with flowering lotus and foliage.  The centre  is surrounded by a double blue circle .  To the top of the side is a band of sandscript lancra signs.
The underside is painted with a continuous aquatic scene repeating the central motif of the front and also including cranes.
A pair of ducks in a lily pond represents purity, faithfulness and in the future of many sons to come.
The painting on overglaze porcelain and the use of enamels again overglaze as a form of decoration was developed in the Ming dynasty and revived again at the end of the reign of the Emperor Kangxi and during the Yongzheng reign.  The combination of painting and enameling is a difficult firing procedure on porcelain as it requires tight control of the kiln temperature and often several firings to make sure that enamels didn't burn or blister, different colours require different temperatures.  There would have been several failures for every one success