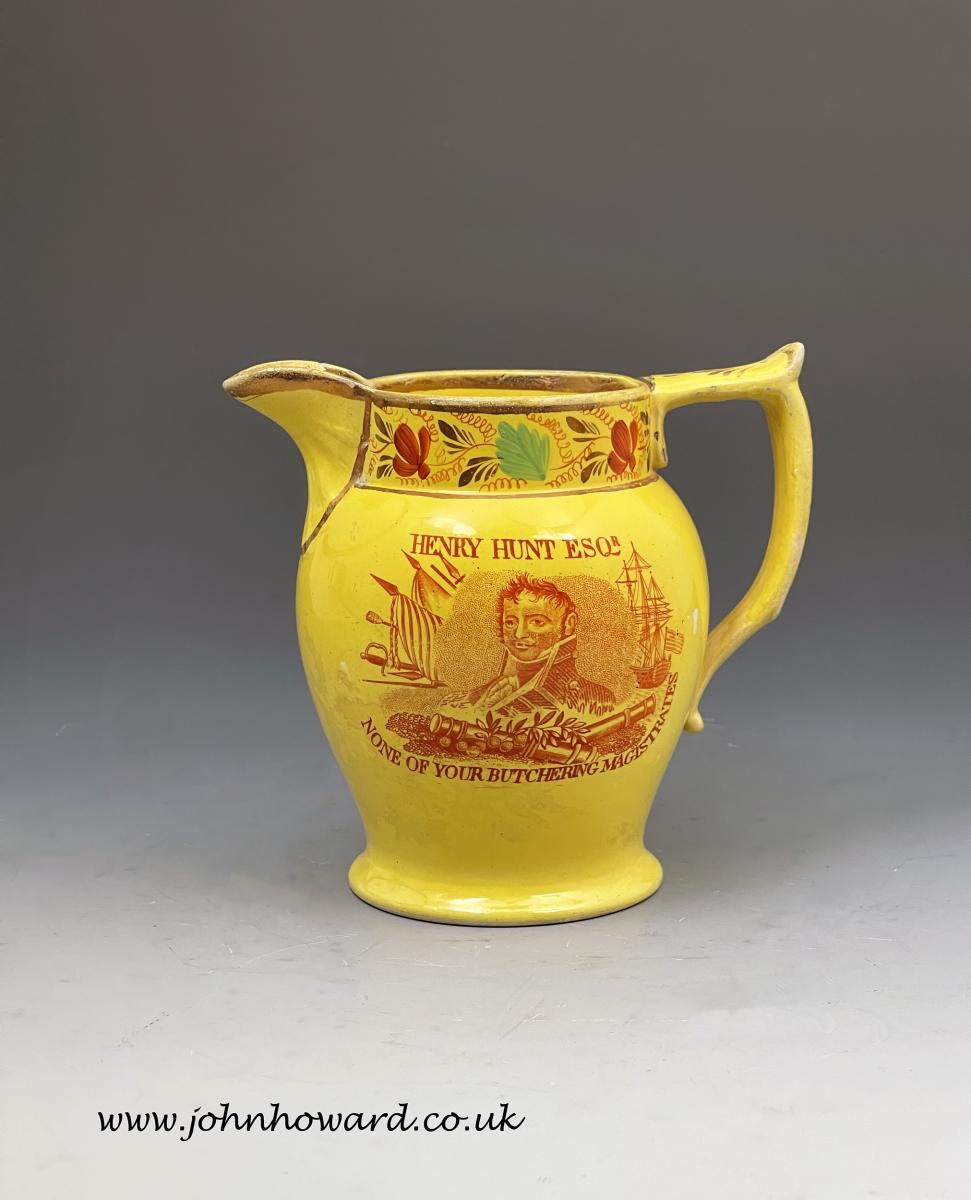 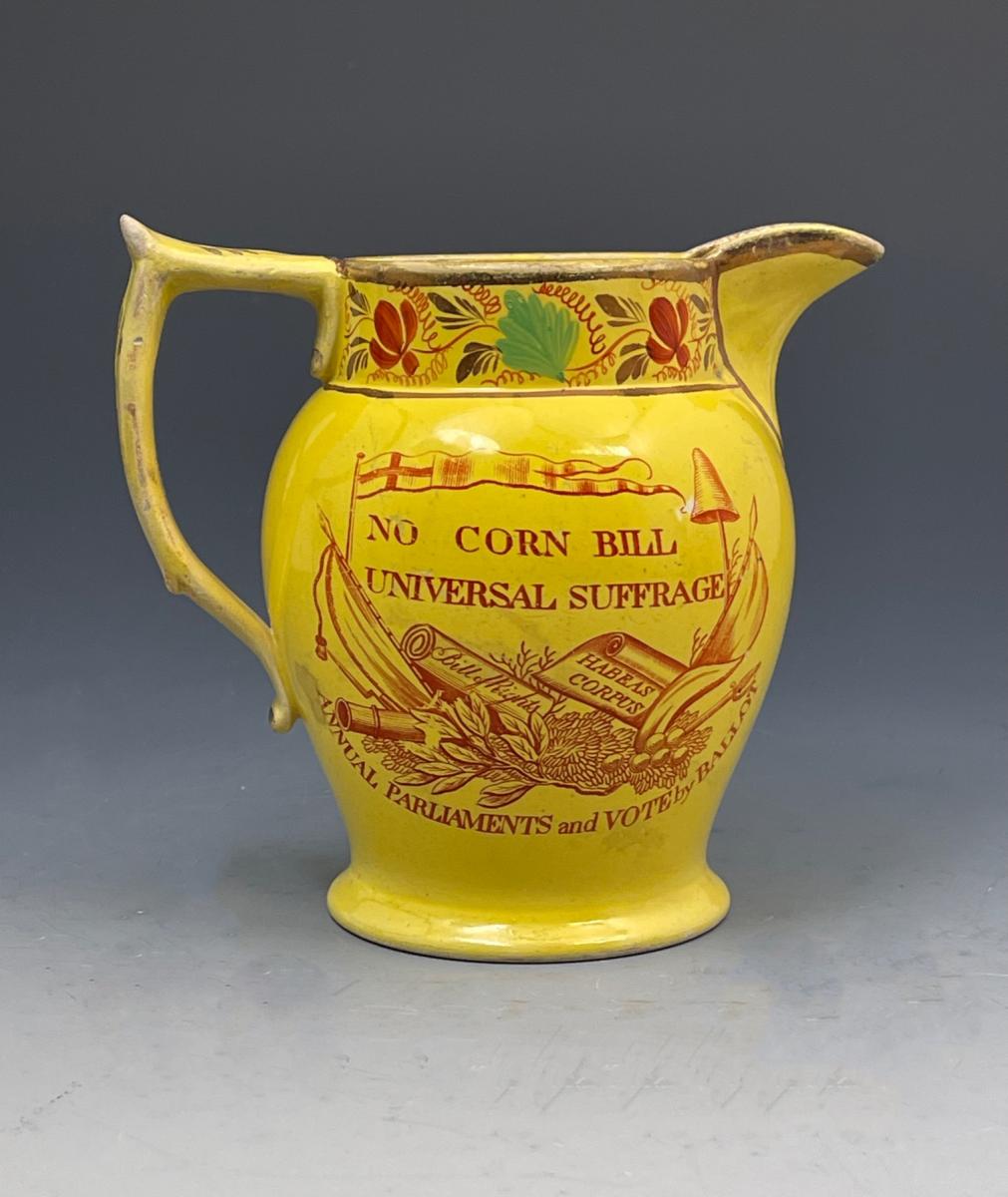 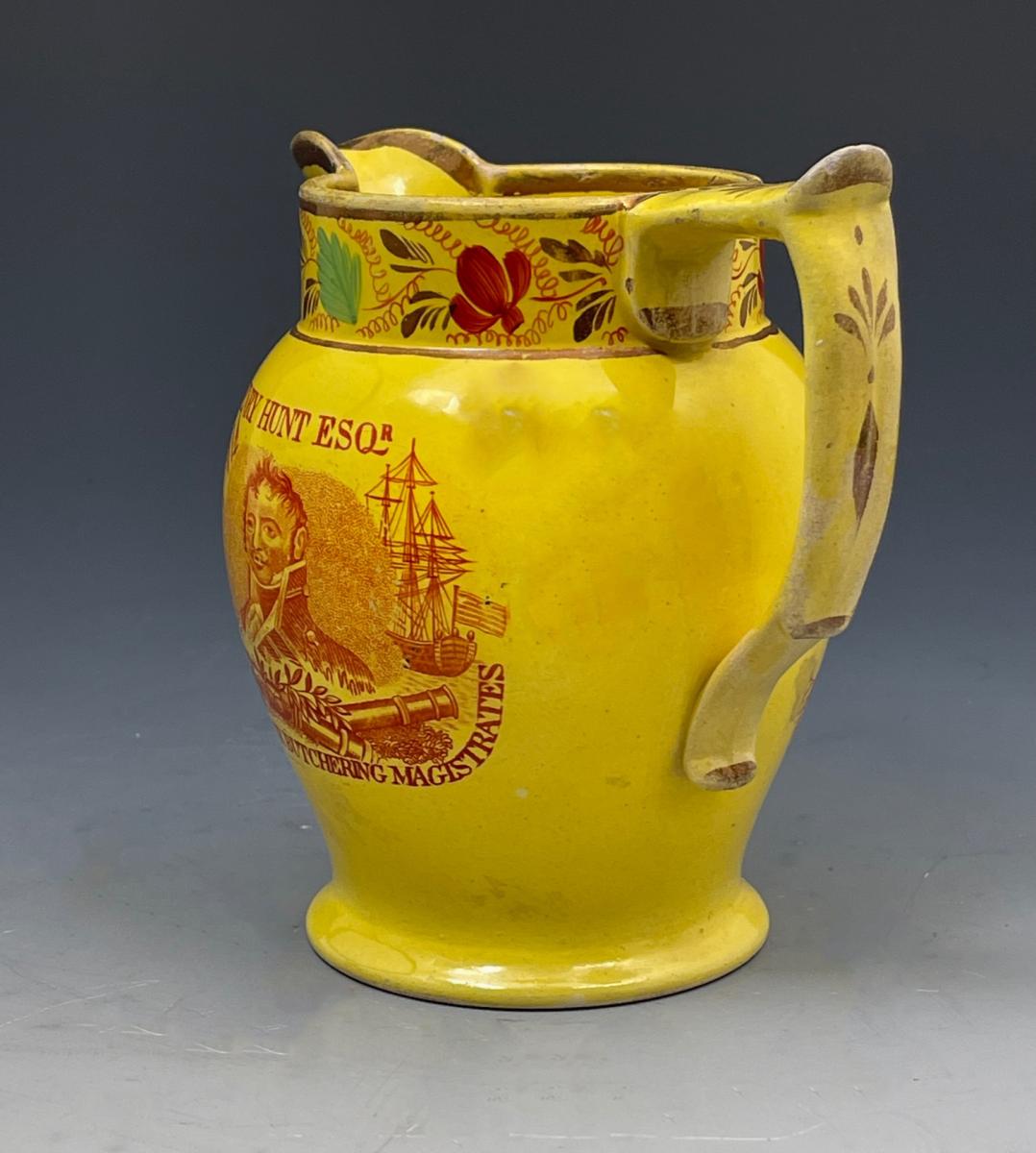 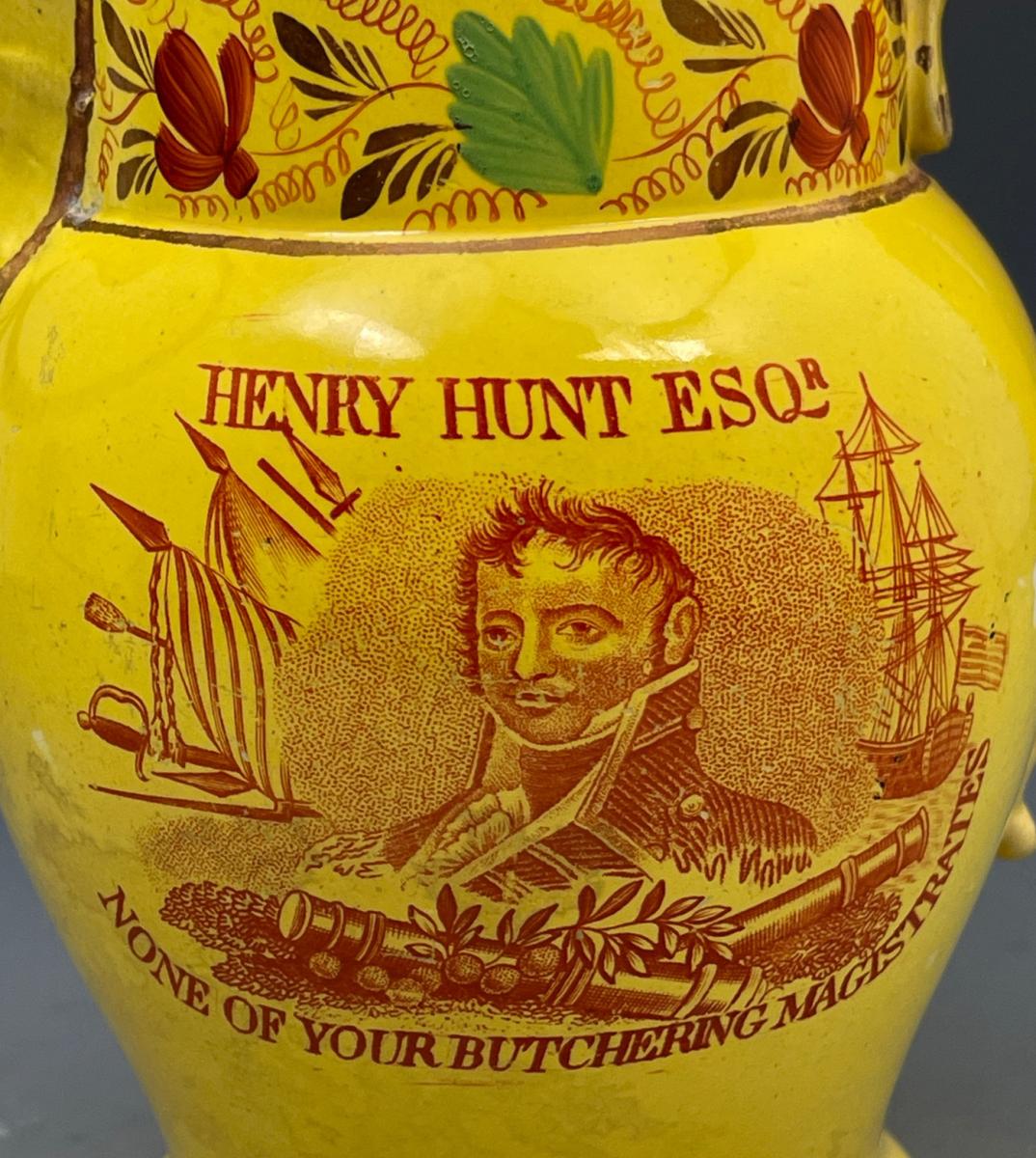 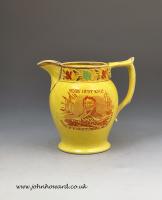 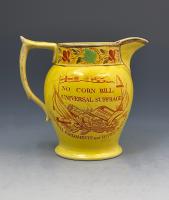 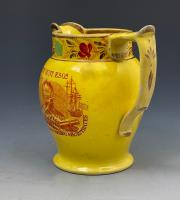 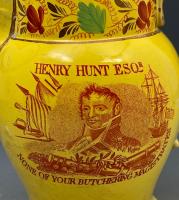 This remarkably rare canary yellow ground pitcher was made to commemorate the Peterloo Massacre of 1819 when 18 people were killed and over 700 injured at a rally in Manchester. It is decorated with a red underglaze transfer print of Henry Hunt, a politician. He advocated the repeal of the onerous Corn-laws and supported equal rights, universal suffrage, an end to child labor, and parliament reform.

The jug shows a portrait of Hunt with the motto NONE OF YOUR BUTCHERING MAGISTRATES, alluding to the overreaction of the Manchester Authorities and their attempt to stop the ill-fated rally where he was a guest speaker. The reverse is decorated with banners, flags, and trophies with the motto NO CORN LAW BILL UNIVERSAL SUFFRAGE, and ANNUAL PARLIAMENTS AND VOTES BY BALLOT, reflecting Henry Hunt's political views and the aspiration of the public.

Hunt was arrested for high treason, convicted of the lesser charge of seditious conspiracy, and sentenced to 30 months in goal.

Literature: Commemorative Pottery by John and Jennifer May 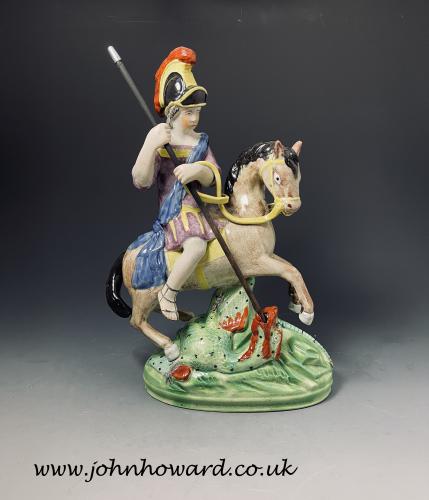 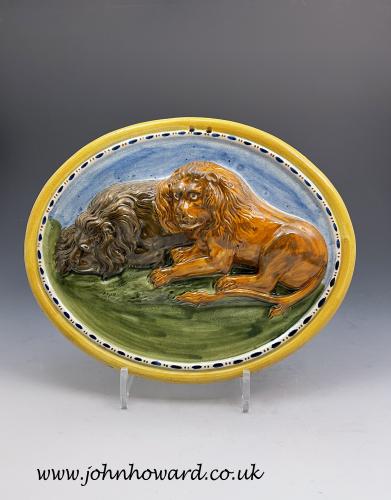 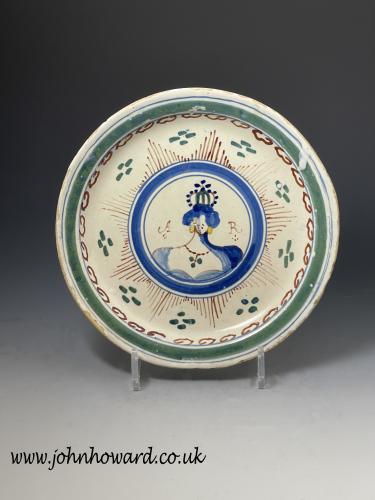 Rare English delftware plate with portrait of Queen Anne, Lambeth pottery London circa 1705
John Howard
View all from this dealer