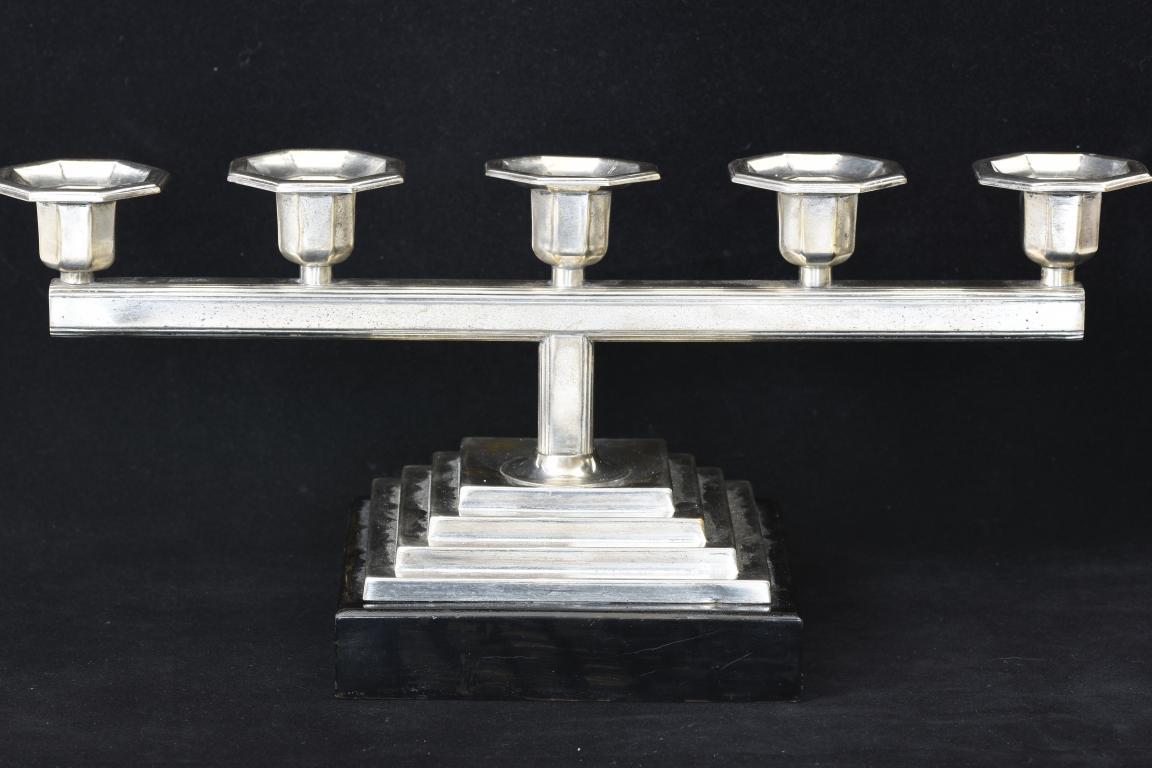 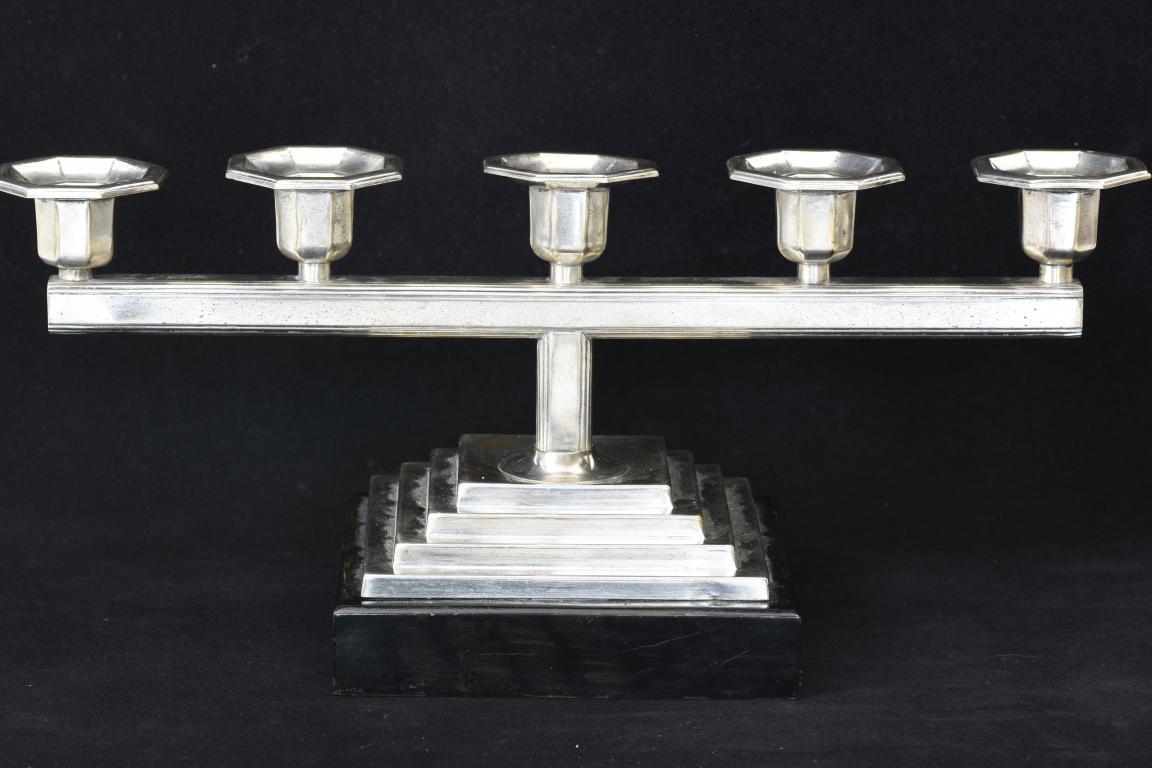 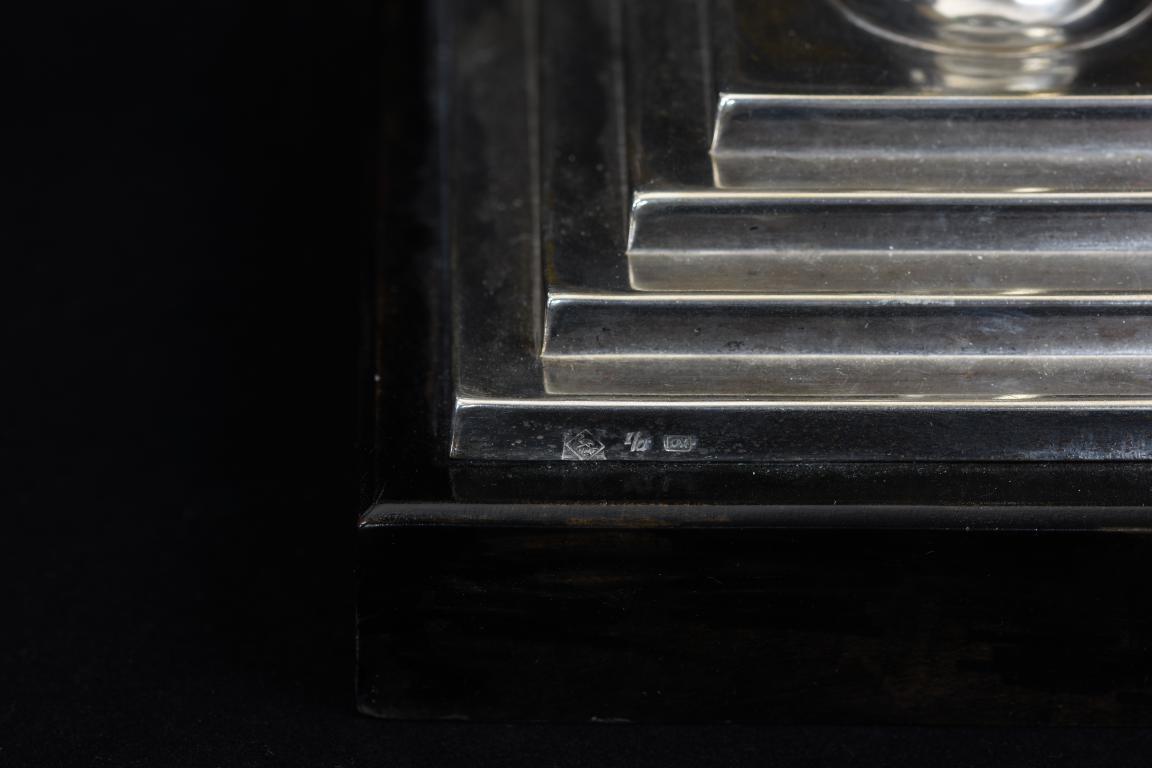 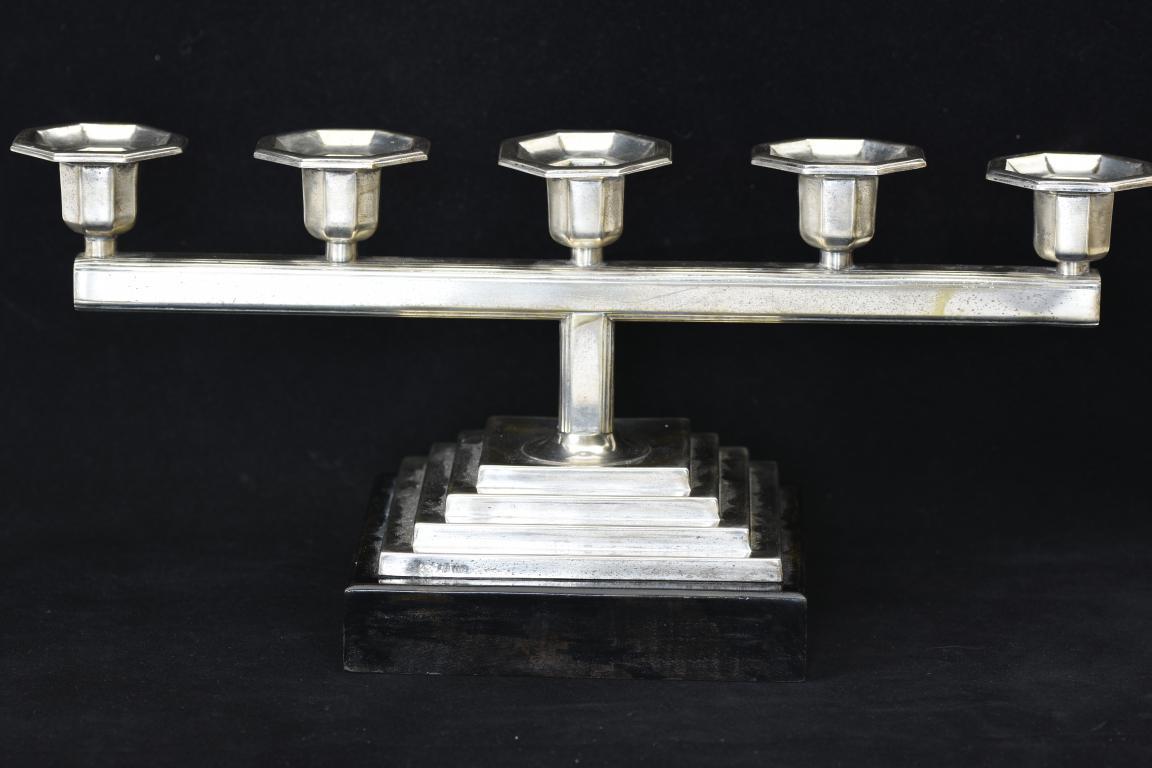 WMF silverplate 5 holder Art Deco candelabra. Art Deco elegance and styling combine to make this a useful and stylish piece. The base is stepped and stands on an ebonised wooden square. Marked to the silverplate with the ostrich mark I/O and OX

Founded in 1880 by the merger of two existing German companies, the WuRTTEMBERGISCHE METALWARENFABRIK was, around 1900, the world’s largest producer and exporter of household metalware, mainly in the JUGENDSTIL style.

The company’s trademark was an Ostrich. 10.000 different items were produced from the teaspoon to enormous table centrepieces and the metal used was mainly pewter with silver plating and use of glass for some items.

Widely known by its initials, WMF, the company preferred to create its own designs and so the main proportion of the beautiful creations in Art Nouveau style are from their own Art studio which was directed from 1894 by sculptor and designer Albert Mayer. Mayer specialized in designs which depicted beautiful maidens and nymphs with flowing hair and graceful postures.

In 1886, WMF took over the Polish metalware factory “PLEWKIEWICZ” in Warsaw (Poland),which then became a subsidiary of WMF the around 1900. In the same period, WMF had also opened several shops in Germany and had more than 3500 workers.

In 1900 they acquired a famous Austrian metalwork company called “AK & CIE” for Albert Kuhler u. Cie that produced and distributed on the Austro-Hungarian Market the WMF items under the mark “AK & Cie”. That was to last until around 1914.

The period between 1900 and 1914 was one of further expansion for the company and in 1905 WMF acquired the ORIVIT AG an important company known for its Jugendstil pewter, followed a year later by the purchase of the ORION Kunstgewerbliche Metallwarenfabrik another German metalware company.

They are still manufacturing today producing mainly cookware and tableware.