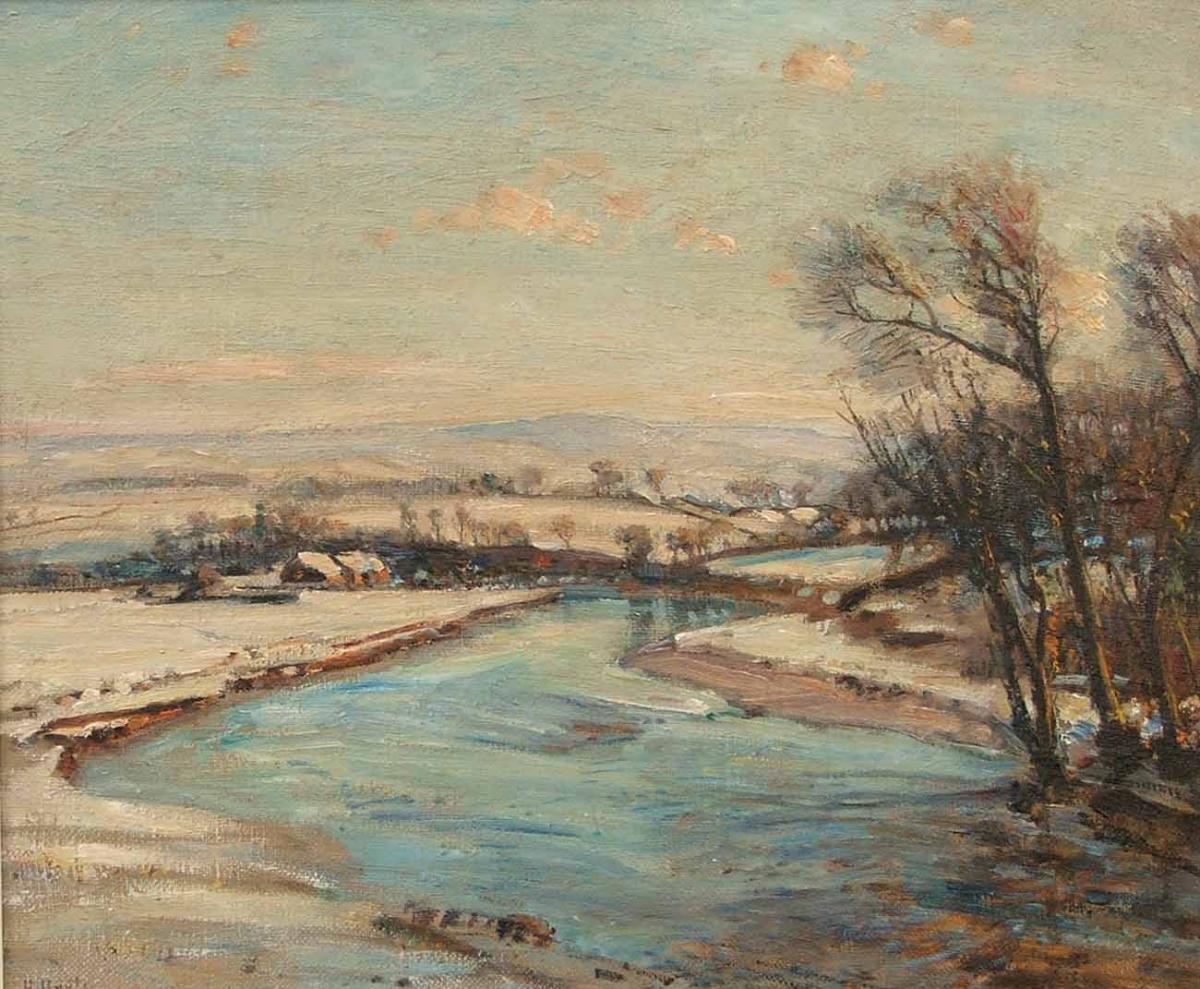 The British Impressionist painter Herbert Royle was born in Manchester in 1870. He studied art under John William Buxton Knight 1843-1908, and his style was heavily influenced by that of his tutor. He lived firstly in Southport, later moving to Bolton Abbey, Yorkshire and subsequently to Nesfield, near Ilkley.

Herbert Royle was a bachelor and possessed a retiring nature. Each year he holidayed in the Scottish Highlands and during these trips he painted many Scottish loch and harbour views. His love of this area was such that in his will he stipulated that his ashes be scattered in the Highlands.

It is, however, for his Yorkshire scenes that he is most well known.  He portrayed the area in all its seasons, and his snow scenes and harvest views are highly sought after.  He often painted ‘en plein air’ and sortied out in winter, seeking subjects to paint with his easel strapped to his bicycle, carrying in his pocket a hot potato with which to warm his hands.

Duke of Devonshire Collection, on show at the Devonshire Arms, Bolton Abbey.