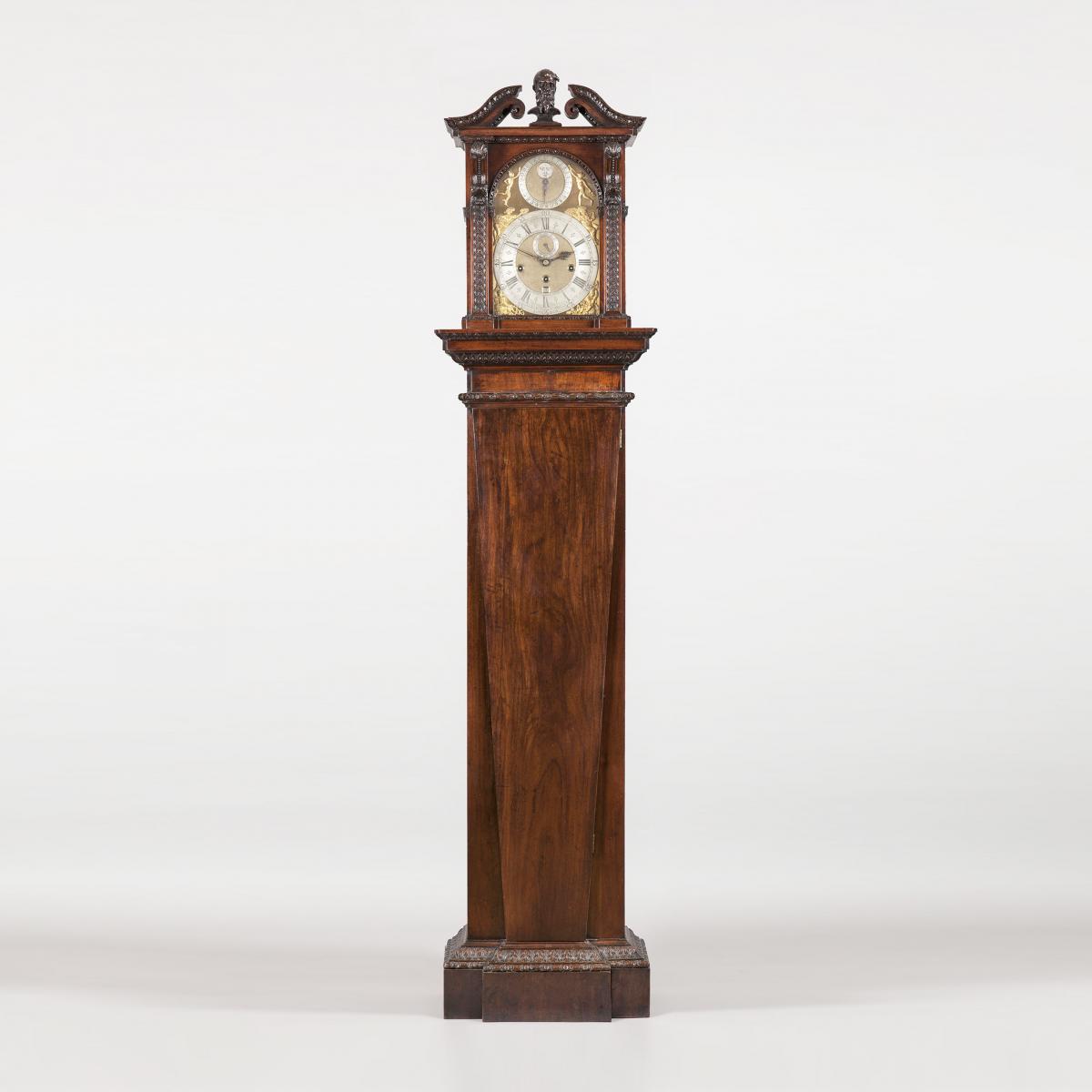 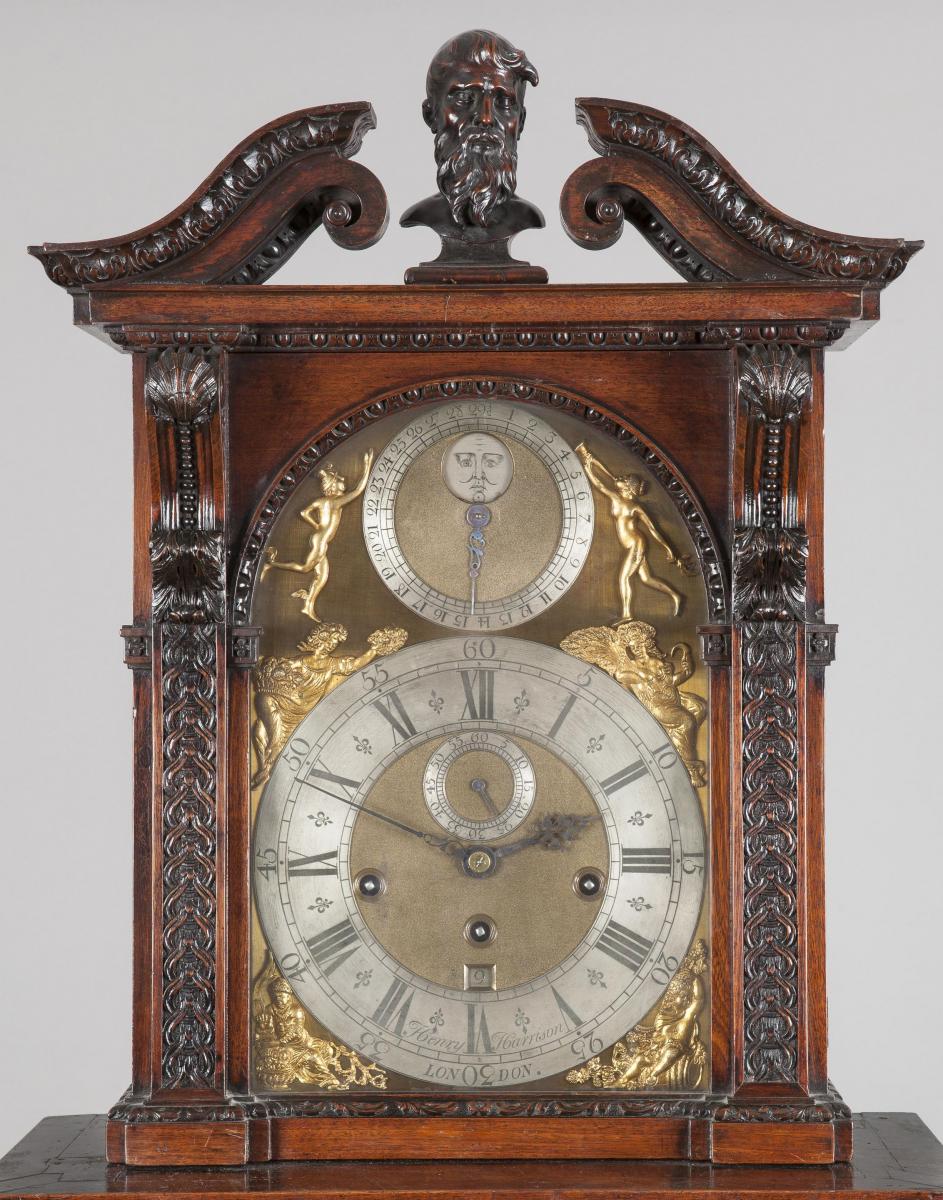 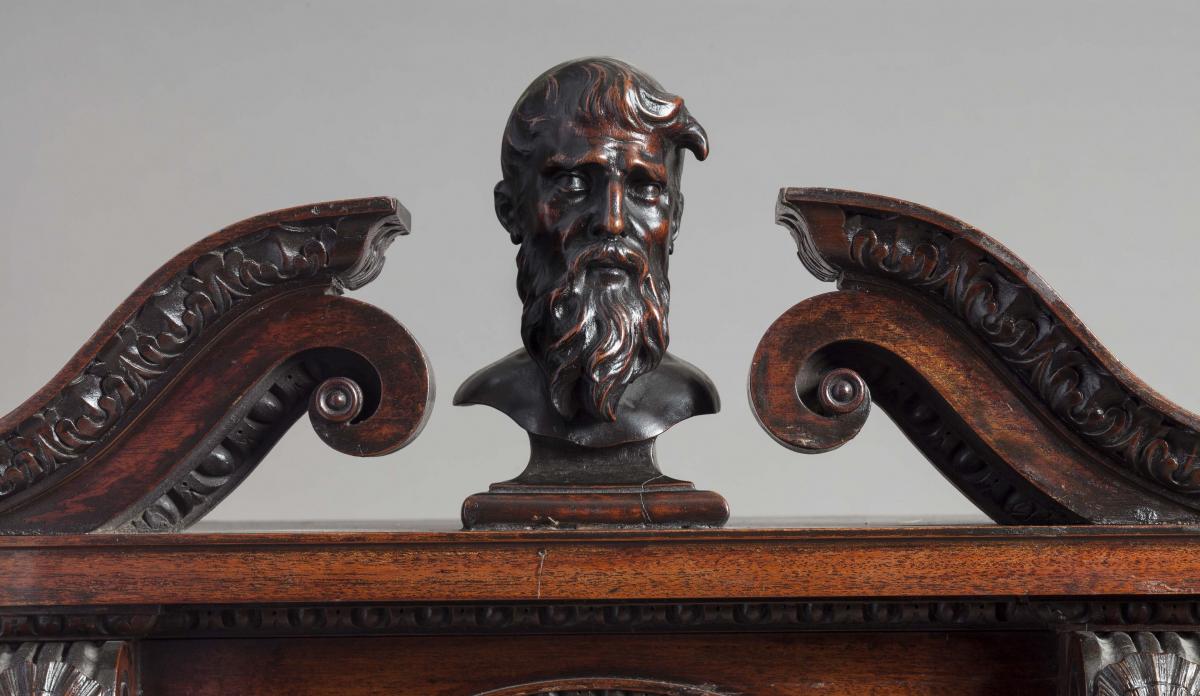 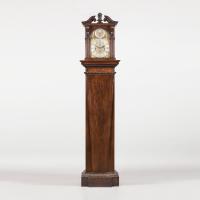 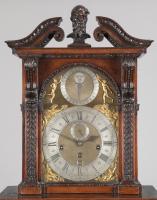 A highly important George II architectural mahogany longcase clock by Henry Harrison of London, in the manner of William Kent.

The exceptional case constructed from rich Cuban mahogany with outstanding carved detail. Rising from a breakfront plinth and carved with a stiff leaf band, the inspection door, of truncated inverted triangulated form is released by a spring catch situated to the rear of the case.

The entrelac and leaf carved hood has a scrolled broken swan neck pediment, with a central carved bust of Chronos, and encloses a brass faced arched dial, driven by an eight day, three train quarter hour striking movement, the quarters being struck on 6 bells, and the hours on a separate bell, with figural spandrels of the Four Seasons to the angles, and showing subsidiary dials with moon phases, seconds and a date aperture.

The silvered chapter ring has the seconds in Arabic, and the hours in Roman numerals, indicated by blued steel hands, flanked by spandrels of Mercury and Pan.

Another longcase clock with Kentian architectural case similar to ours is known to exist in a private collection. The latter example was the property of William Hogarth, Sarjeant Painter to the King, satirist and engraver.

Hogarth’s Chiswick studio was adjacent to Lord Burlington’s Chiswick House, which was designed by Kent. Hogarth and Kent were certain to have met there.

R.W. Symonds attributed this clock to William Hallett in his 1938 publication, English Furniture from Charles II to George II.