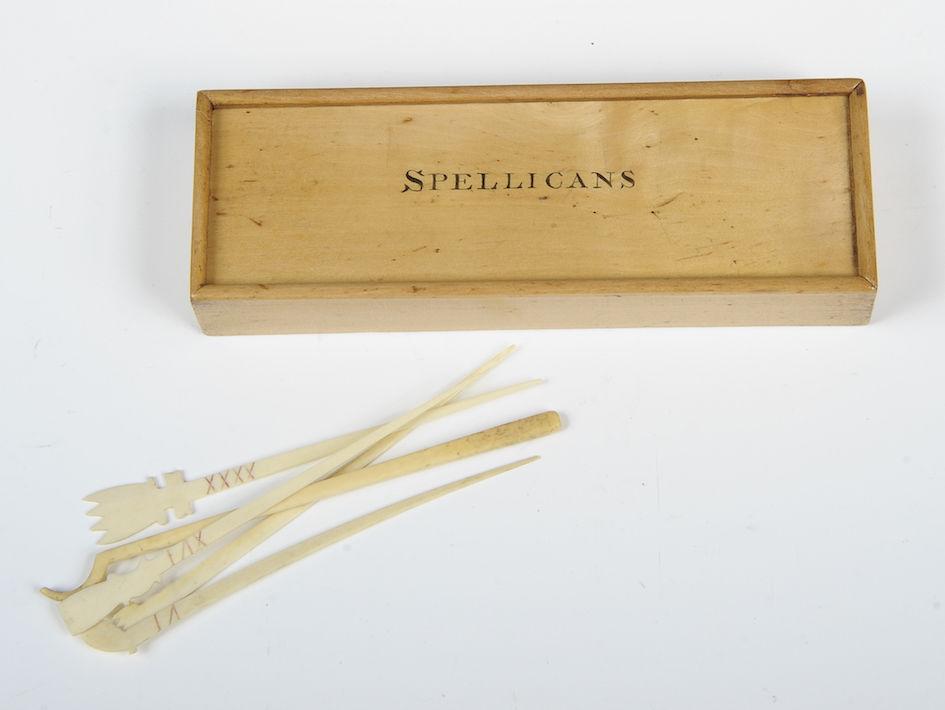 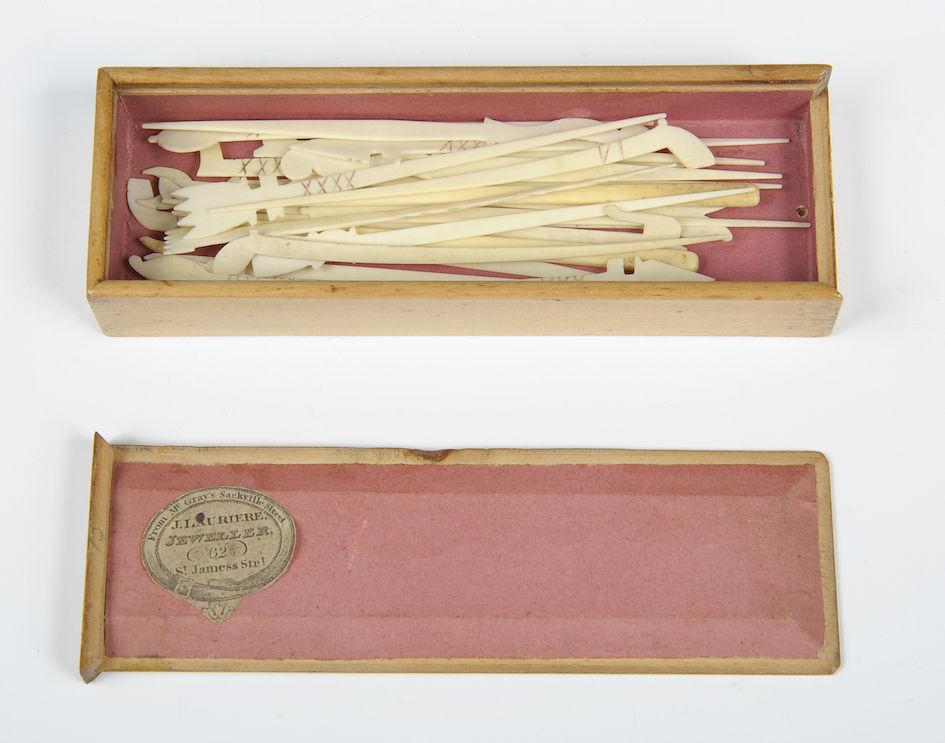 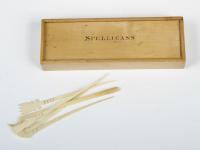 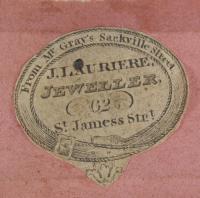 A whitewood box with 'Spellicans' painted on the sliding lid. Contains a selection of bone Spelllicans or Spillikins. The inside of the lid with a paper retailers'/makers' label for Joseph Lauriere and Thomas Gray.

The paper label on the inside of the lid is for J. Lauriere, jeweller of 62 St. James’ Street and retailed by Mr. Gray of 41 Sackville Street, who was listed in the London Directory from 1801. It would seem likely that Lauriere and Gray were each retailing wares made by the other and although jewellery was their main business, they typically would have sold a range of other items. Less expensive wares such as this Spellicans box were likely to have been part of their stock.

Evidence from the British Museum reveals that Joseph Lauriere was also acting as a publisher alongside his jewellery business. The Museum collection contains an un-mounted fan leaf printed with the bust of the Duke of Wellington within a trophy of French flags. As for Thomas Gray, his shop has been immortalized in literature by Maria Edgeworth in the Absentee and by Jane Austen in Sense and Sensibility.