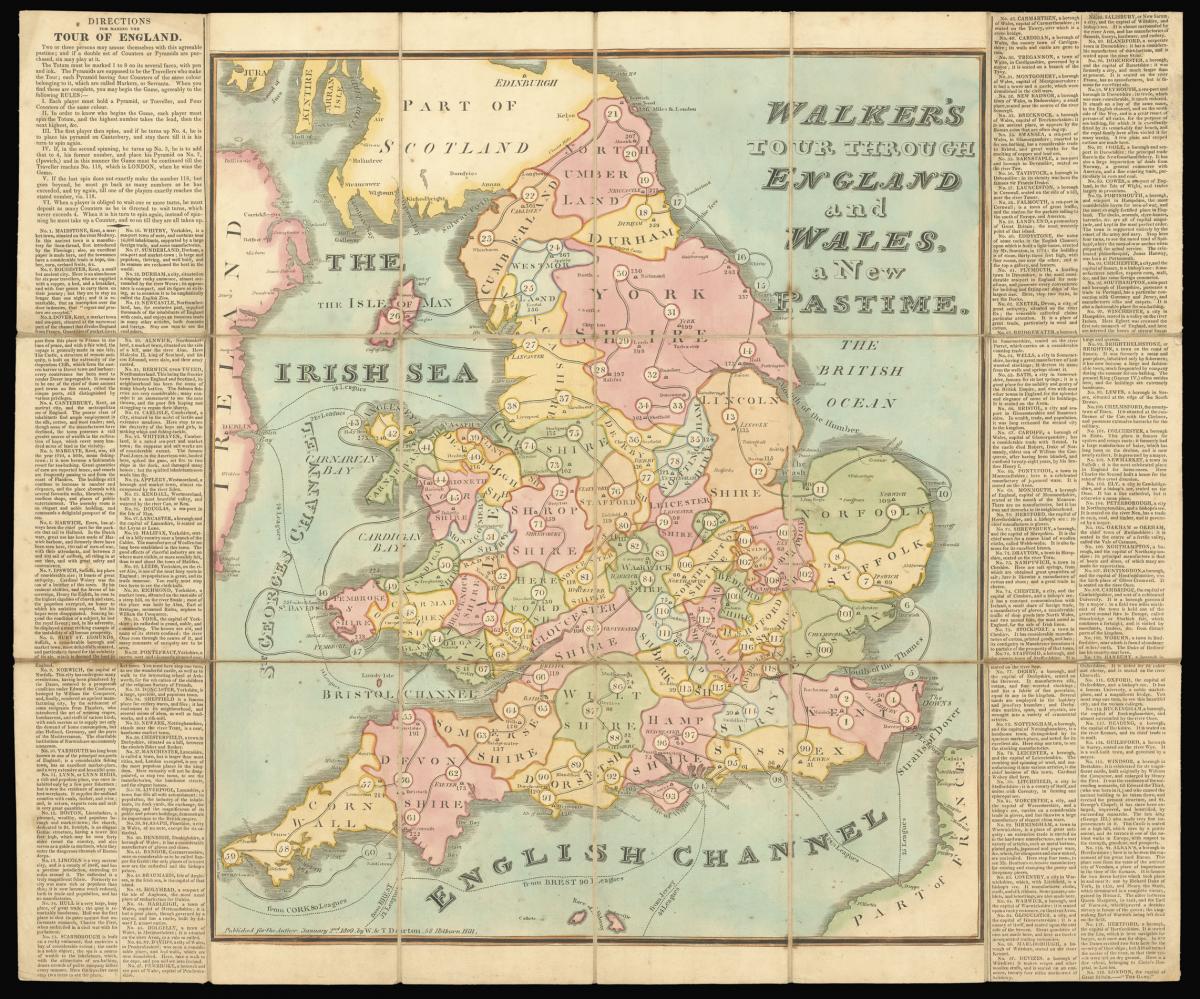 John Walker was a physician, geographer and engraver who designed this game map through England and Wales. The publishers, William and Thomas Darton, were prominent in the field of children's educational games and puzzles and operated their business from Holborn Hill when they published this game map in 1809.

This game map allows players, or "travellers" to traverse England and Wales, starting in Maidstone Kent and finishing in London, the 118th stop on the board. Each place highlighted on this colourful map is accompanied by a description in the letterpress, with facts and trivia drawn from contemporary traveller's guides and gazetteers. These games would have helped children familiarise themselves with towns and sights across the country and their notable features.

For example, in Manchester, travellers are invited to stop to "see the manufactories, the handsome streets and elegant houses" and Liverpool is praised as "a town that fills all with astonishment: its popular, the industry of the inhabitants, its dock-yards, the exchange, the shipping, and the magnificence of its public and private buildings, demonstrate its importance to the British Empire". The latter reflects the significance placed on Great Britain's rapidly expanding empire.

With the development and improvement of transportation, tourism was on the rise in early nineteenth century England, and these game maps capitalised on the increasing travel both at home and abroad.