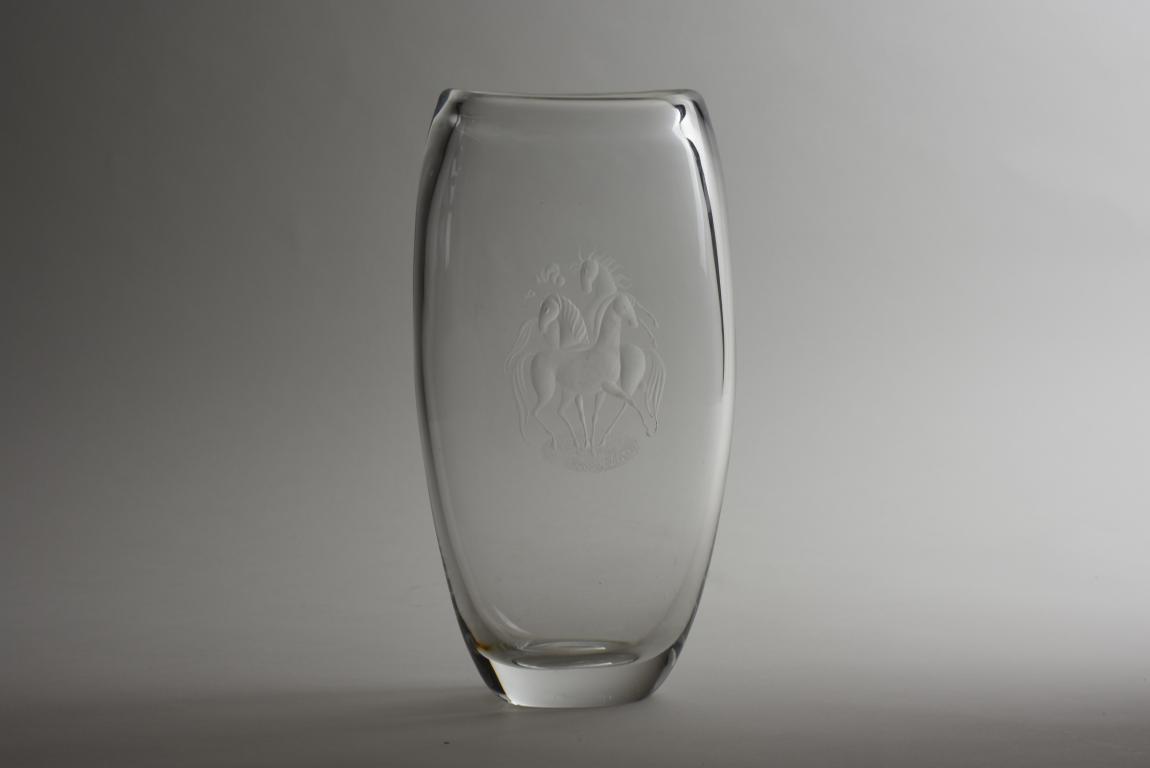 Modernist 1950’s Swedish Art Glass vase designed and made by Vikke Lindstrand for Kosta Boda. This beautiful shaped vase is engraved with a stylised design of 3 horses in a field . It stands at 30 cm tall and is a beautiful example of the talent and skill of Vikke Lindstrand.

Acid etched to base Lindstrand Kosta and numbered LG 144 which dateds it to 1955/56 Excellent original condition this piece would enhance any home or design scheme.

A useful and beautiful piece

Straight from Art College, Vicke Lindstrand came to work at Orrefors as a designer. Orrefors had already started to pioneer art glass and Lindstrand had some great ideas that would propel Orrefors them onto the international stage. Together with Edvin Öhrström (Ohrstrom) and Knut Bergkvist he invented the Ariel technique.

For a long time, Lindstrand was also the only one at Orrefors that experimented with painted or enamelled glass. He presented some enamelled vases at the Stockholm World Fair in 1930 that were seen as being cutting edge design.

The most well-known example is a white enamelled vase on which figures or faces in black ink are shown. The use of just a few colours add to the strong expression that these pieces purvey to the viewer.

Lindstrand worked in almost all glass techniques: Ariel, Graal, Slipgraal, Fuga or Colora, enamelled glass and engraved glass. Some of the most admired engraved pieces which he made while at Orrefors are the pearl-diver vases and bowls as well as the harp-player (harpspelare) vases.

He left Orrefors in 1942 his contract with Orrefors apparently stated that he was not allowed to work in the glass industry for 10 years after leaving Orrefors He then started to work at Uppsala-Ekeby, a ceramics manufacturer.

There he designed groundbreaking pieces with simple lines and strong expressions. After 10 years at Uppsala-Ekeby he went to work for Kosta. At Kosta, he tried to implement a more uniform and disciplined numbering system, much like was in use at Orrefors.

He partly succeeded in doing so.Some of the most well-known examples of his art vases at Kosta are his Autumn (Hösten) art vases and his vases that depict fish-nets together with people or cats.

After leaving Kosta in 1972, he designed glass at the Studio Glashyttan in Åhus. He died in 1983 after a long and fruitful career. By many he is considered as one of the most legendary designers of Swedish Glass together with other names like Edvin Öhrtström, Simon Gate and Edvard Hald. 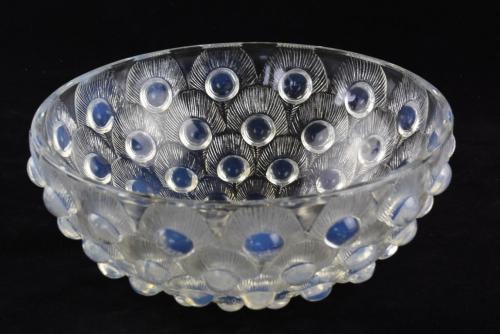