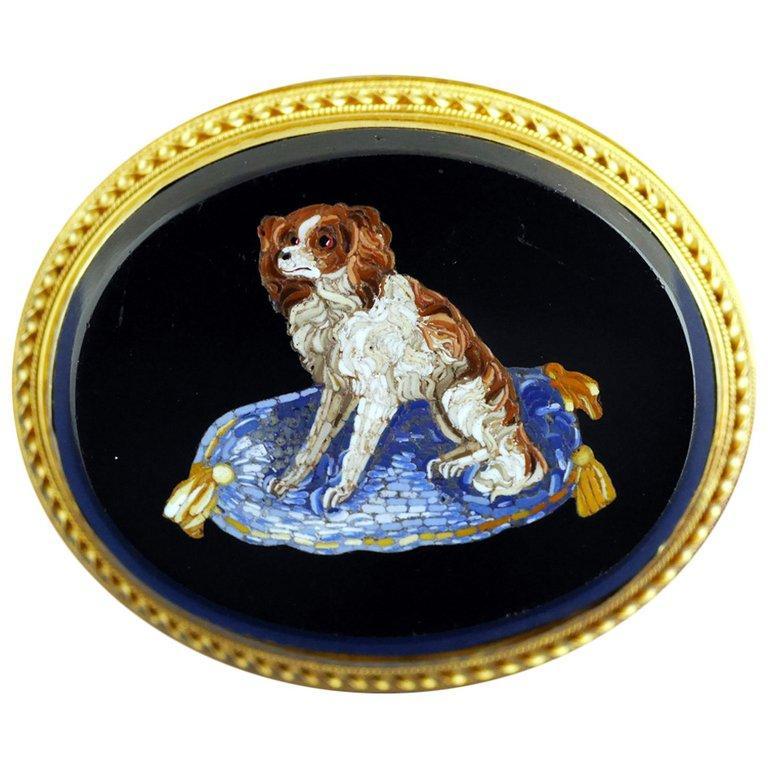 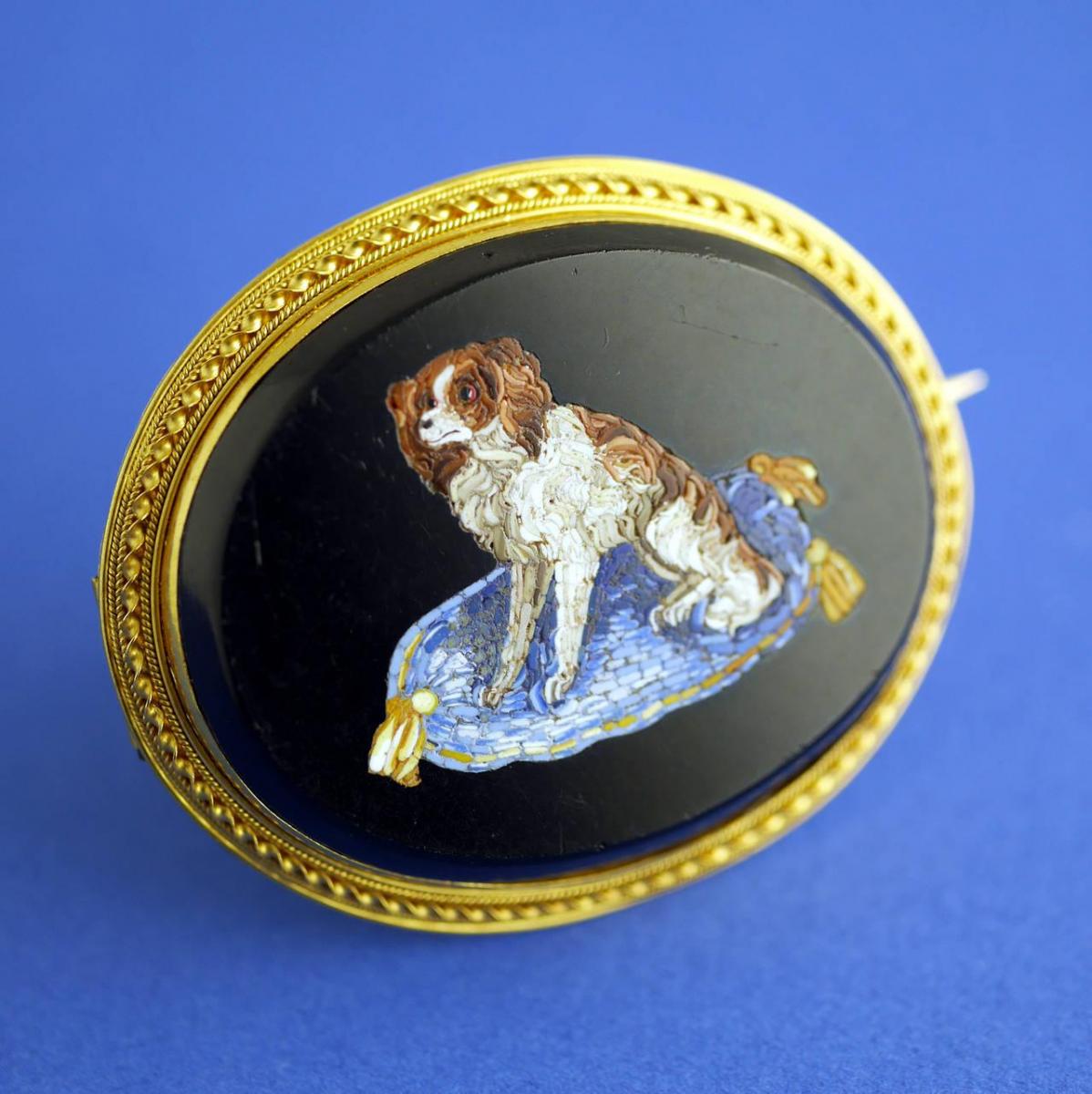 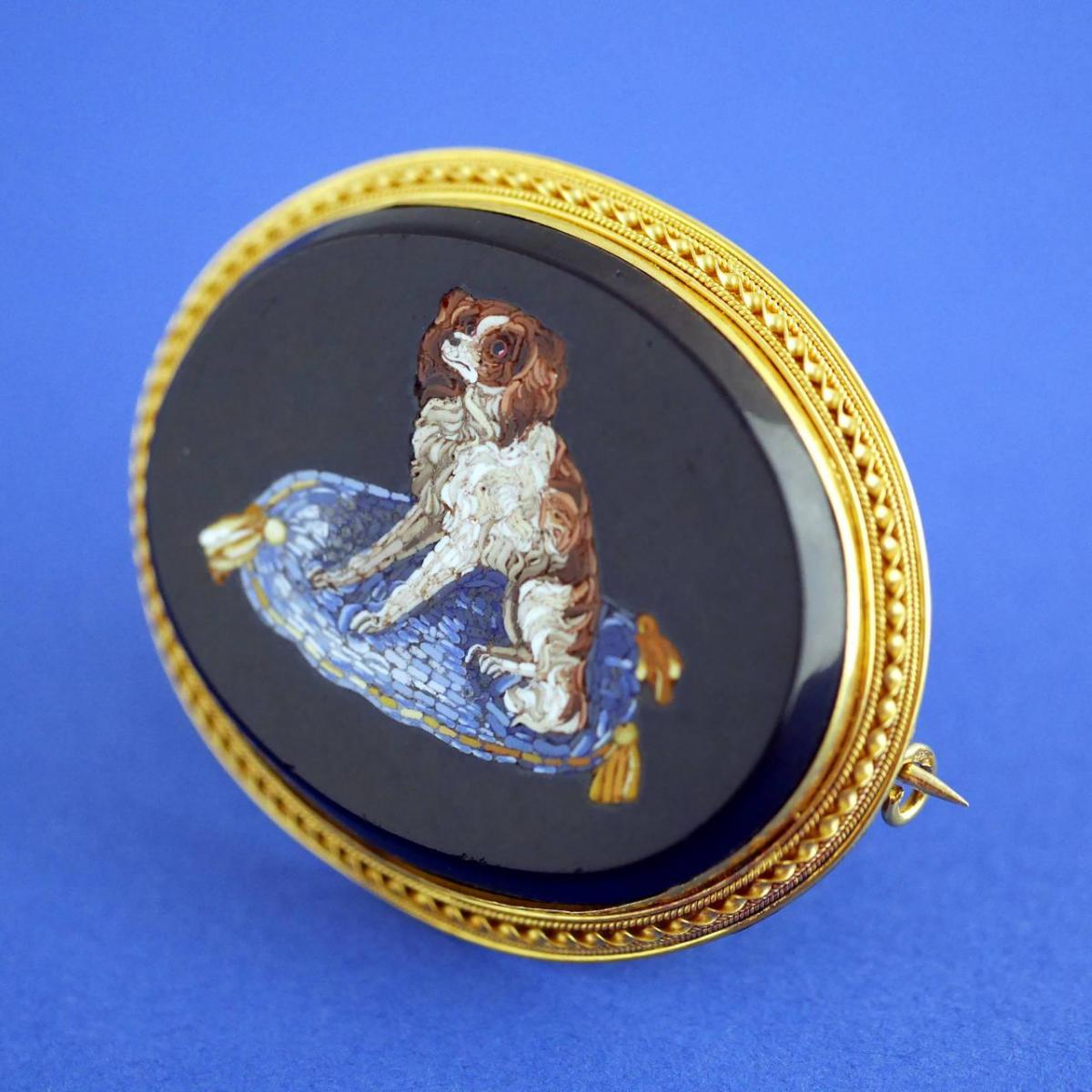 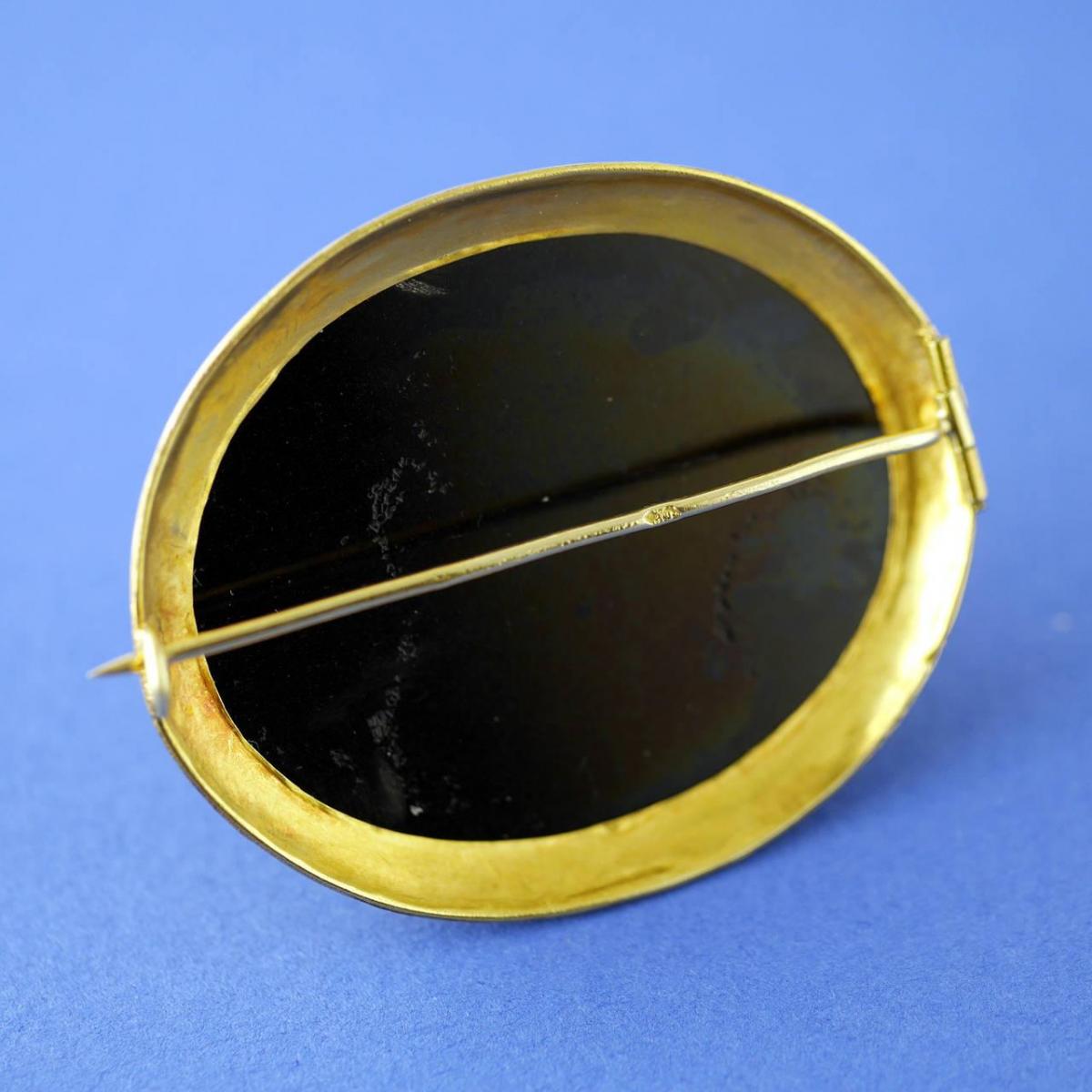 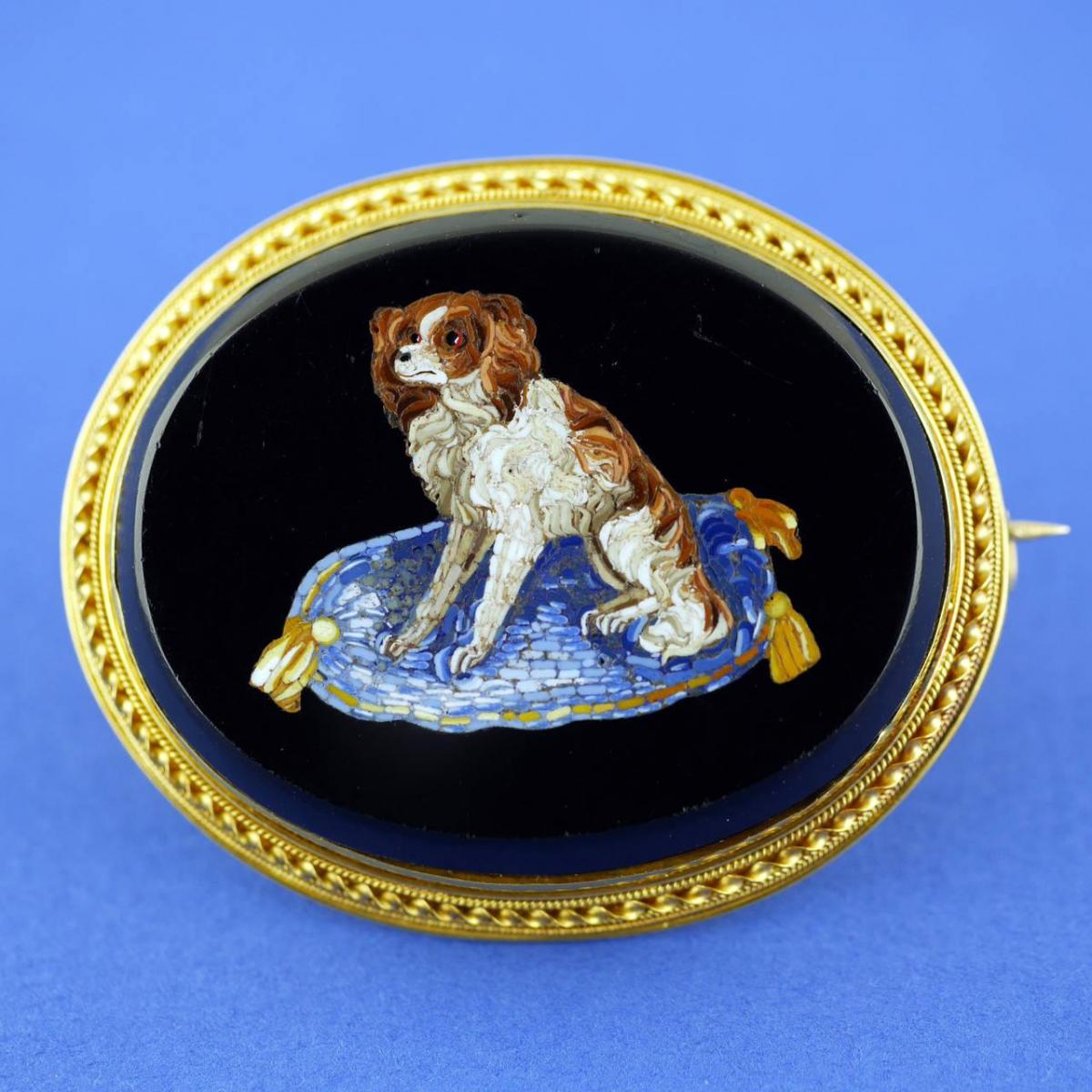 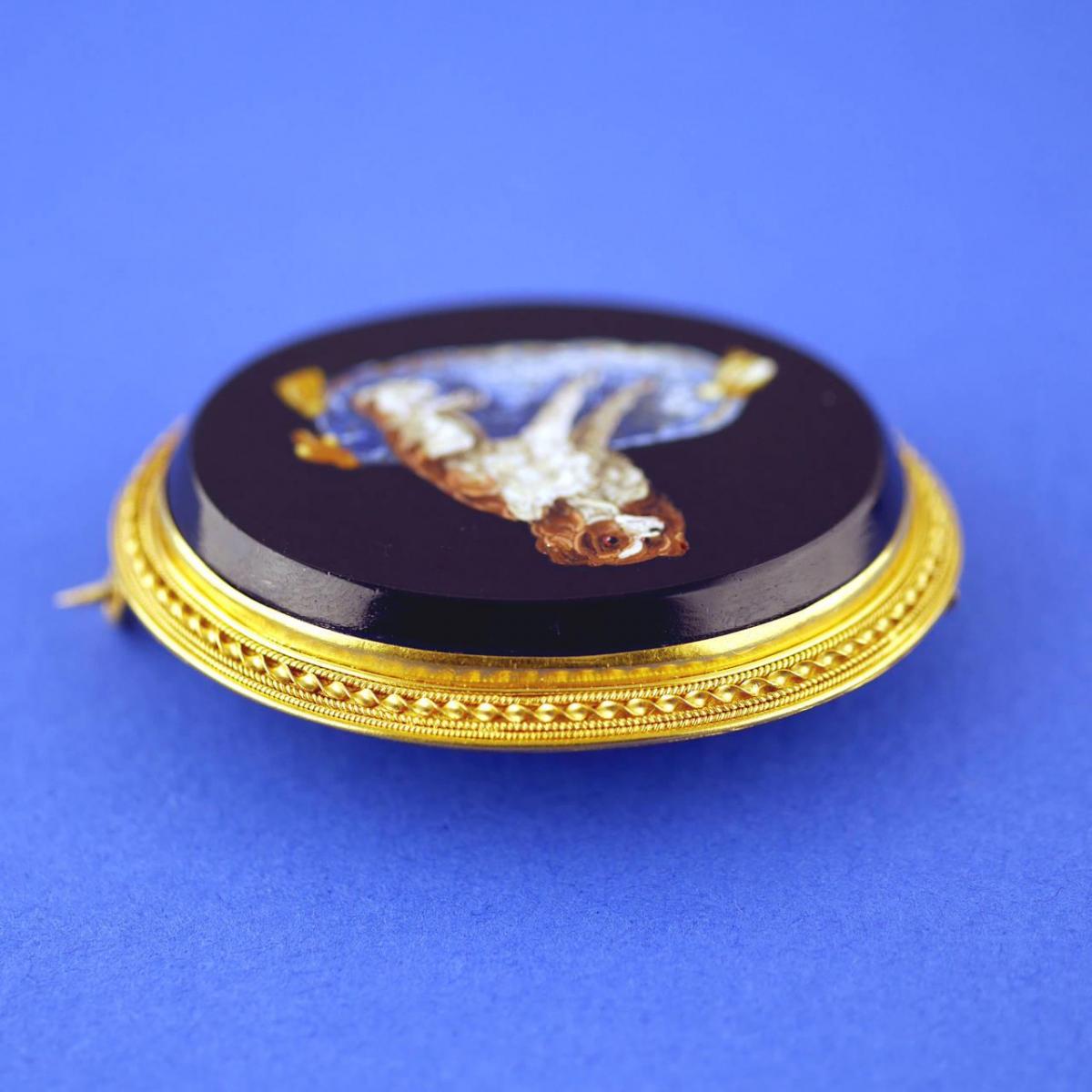 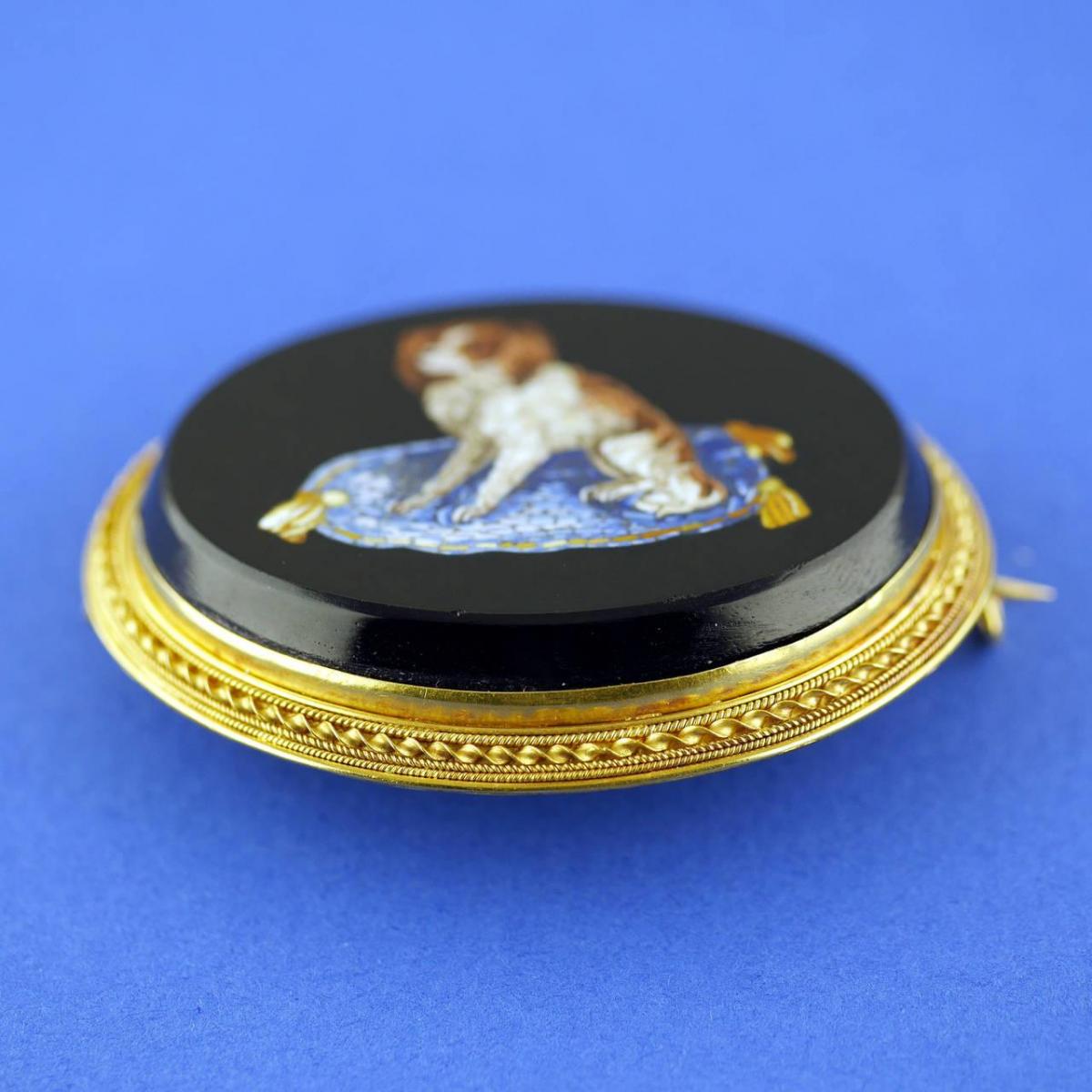 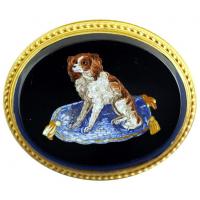 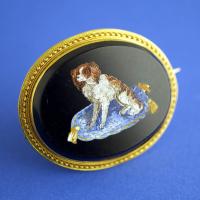 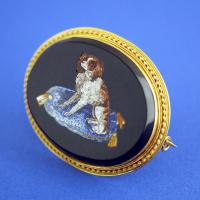 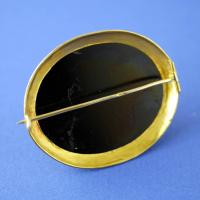 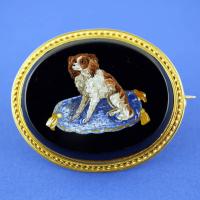 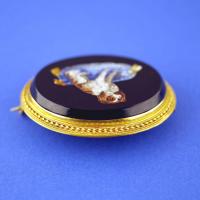 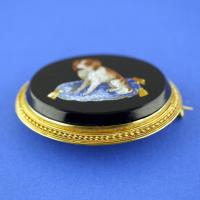 Fine quality micromosaic, depicting a King Charles Spaniel dog on his cushion, set as a brooch in 18ct gold.

Dogs were a symbol of faithful love. The King Charles Spaniel breed was extremely popular amongst the English aristocracy, especially during the Victorian period, when Queen Victoria herself doted upon her spaniel, Dash.

Although the Greeks and Romans had used mosaics for many centuries, it was the Italians who developed the art of micromosaics in the Vatican at the end of the 18th century.

The Napoleonic expedition to Egypt in 1798 led to a great revival of classical interest and was reflected in the subject matter of the micromosaics, many images came from Roman murals, such as the Doves of Pliny, ancient mosaic floors and newly excavated archaeological sites. Micromosaics became very fashionable pieces at the time.

During the 19th Century wealthy young aristocrats were expected to complete their education with a “Grand Tour” of Europe with Rome, Italy being an essential destination.

Most mosaics were bought in plaque form and many were brought back to be turned into jewellery or put onto furniture as mementos of their journey. The majority brought back “archaeological” pieces depicting The Colosseum, The Forum, The Pantheon etc.

However, they also brought back, a limited number with differing subjects such as landscapes, animals, mythology and more symbolic pieces e.g. Doves symbolising love, dogs faithfulness, and flowers which all had their individual symbolisms.

The Micromosaic Technique
Opaque lumps of enamel called Smalti of variegated hues were first baked in a furnace and then teased out into long filaments called Filati.

The mosaicist arranged the thousands of colours as required into a palette like an artist would and broke off the tiny coloured strands (less than 1mm each) as he needed them.

They were then placed in position upright into a shallow copper tray that had been lined with a slow drying adhesive medium. The tray was tilted on an easel and the mosaicist copied the painting or design that he was borrowing as a template. 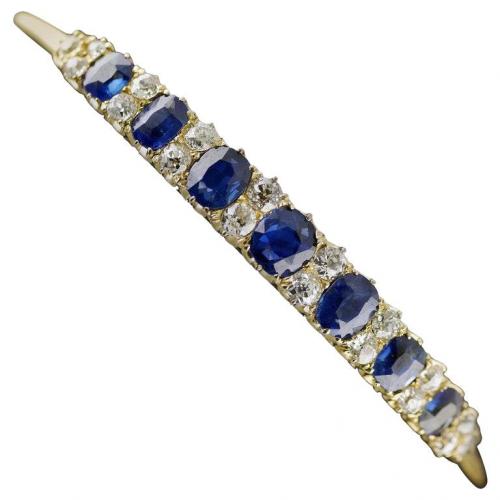 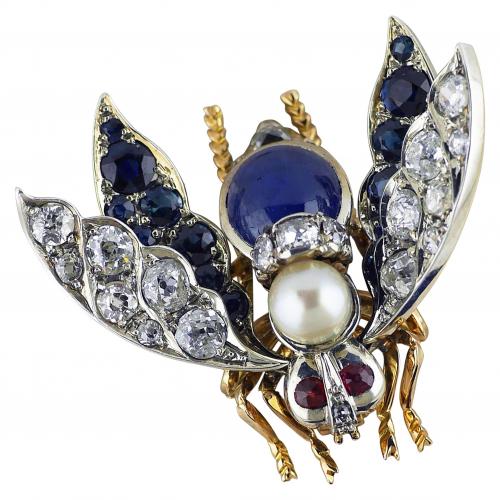 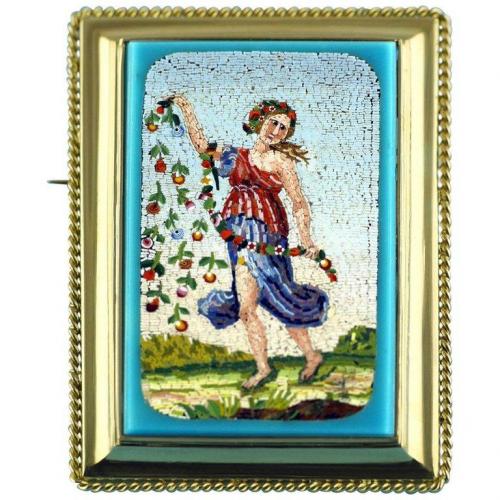 Victorian Micromosaic Brooch Depicting Flora Goddess of Spring, Circa 1850
Kleanthous Antiques
View all from this dealer