A very rare pair of George III Sauce Tureens, with their original stands, made in London in 1780/81 by Daniel Smith & Robert Sharp 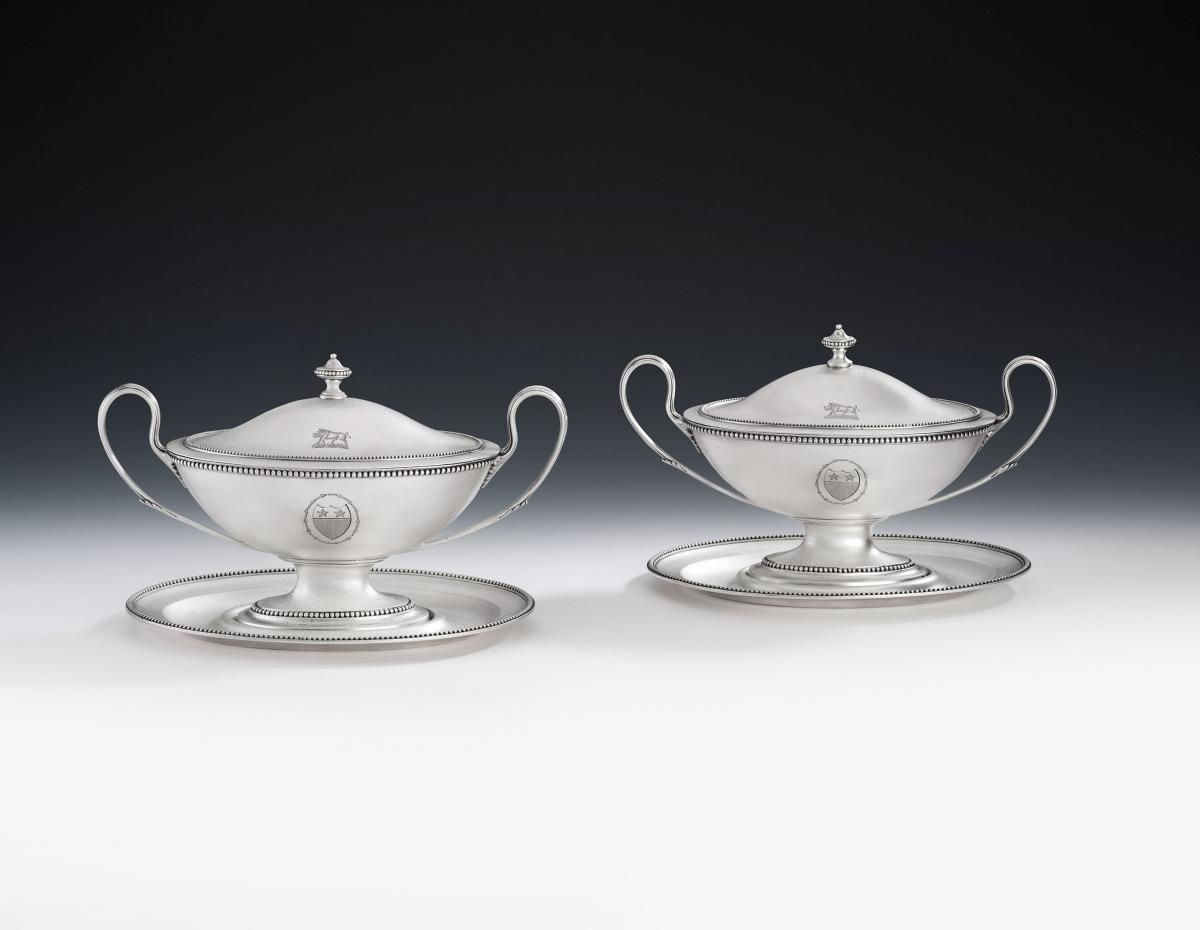 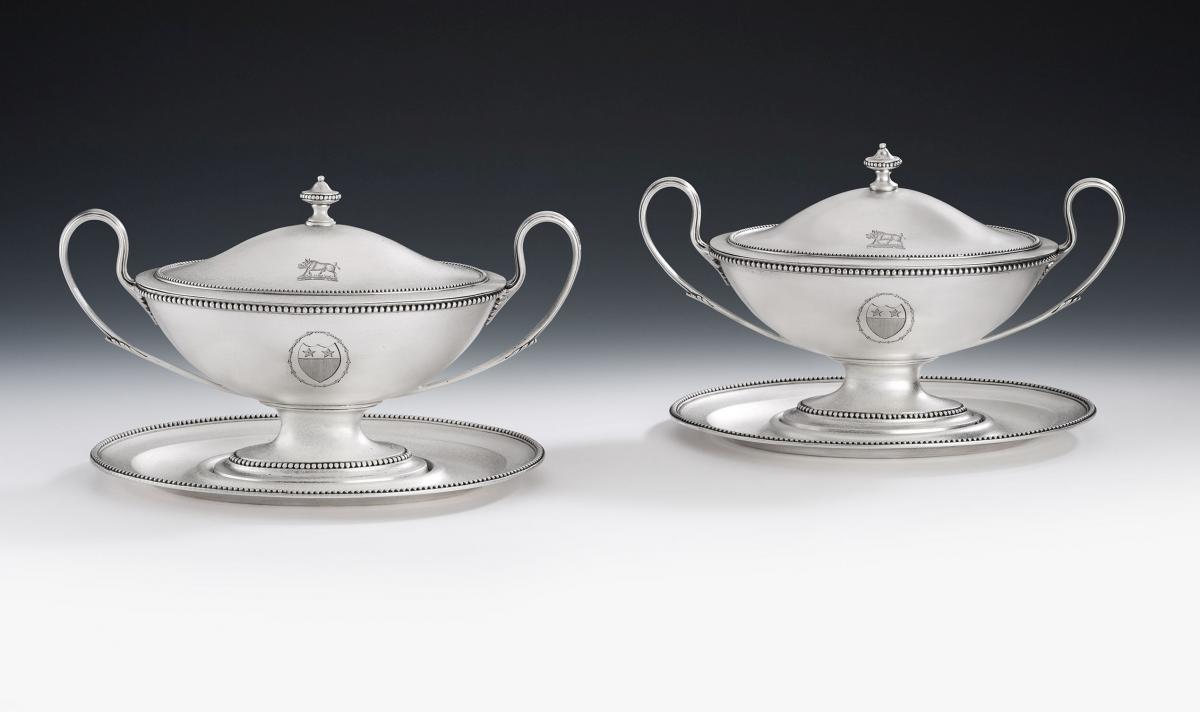 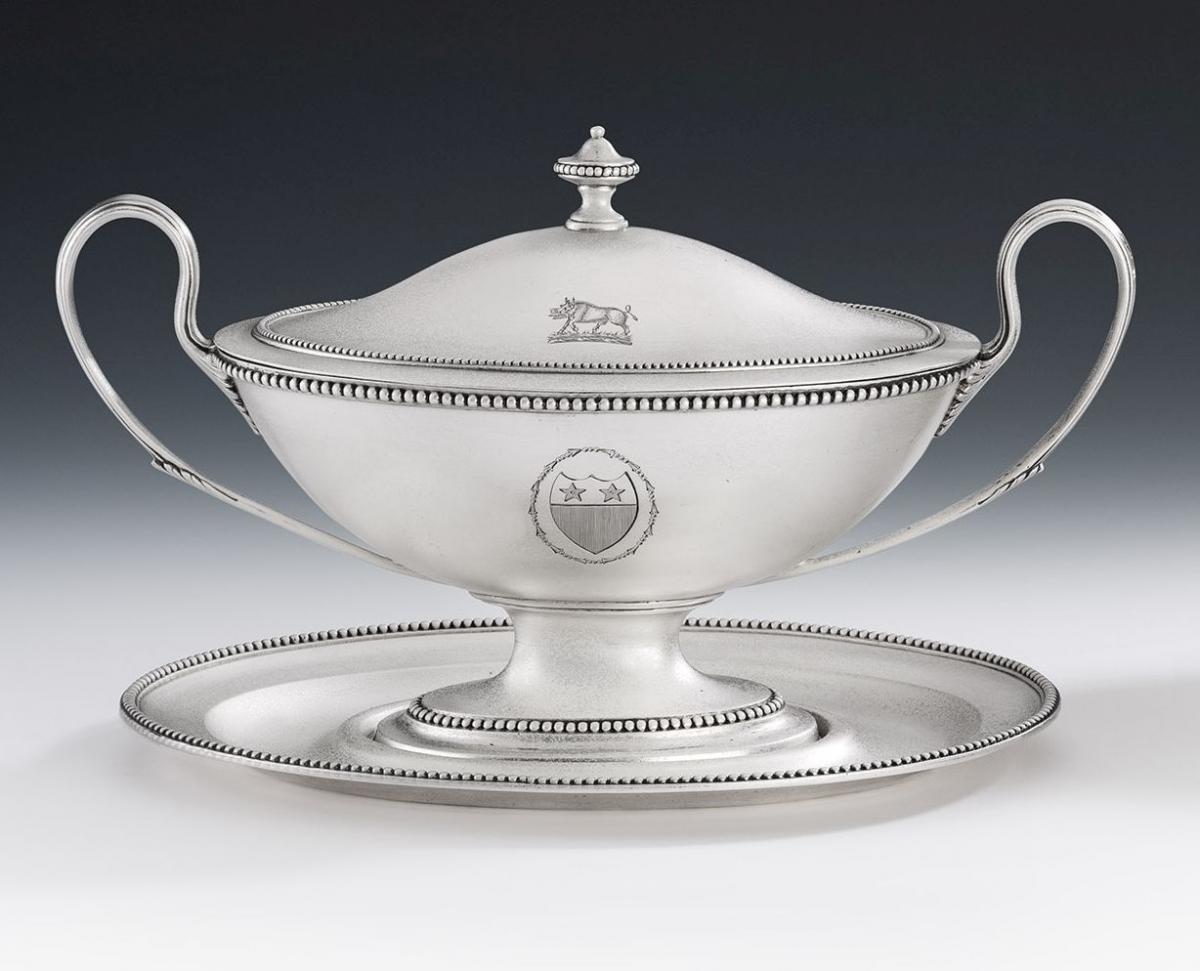 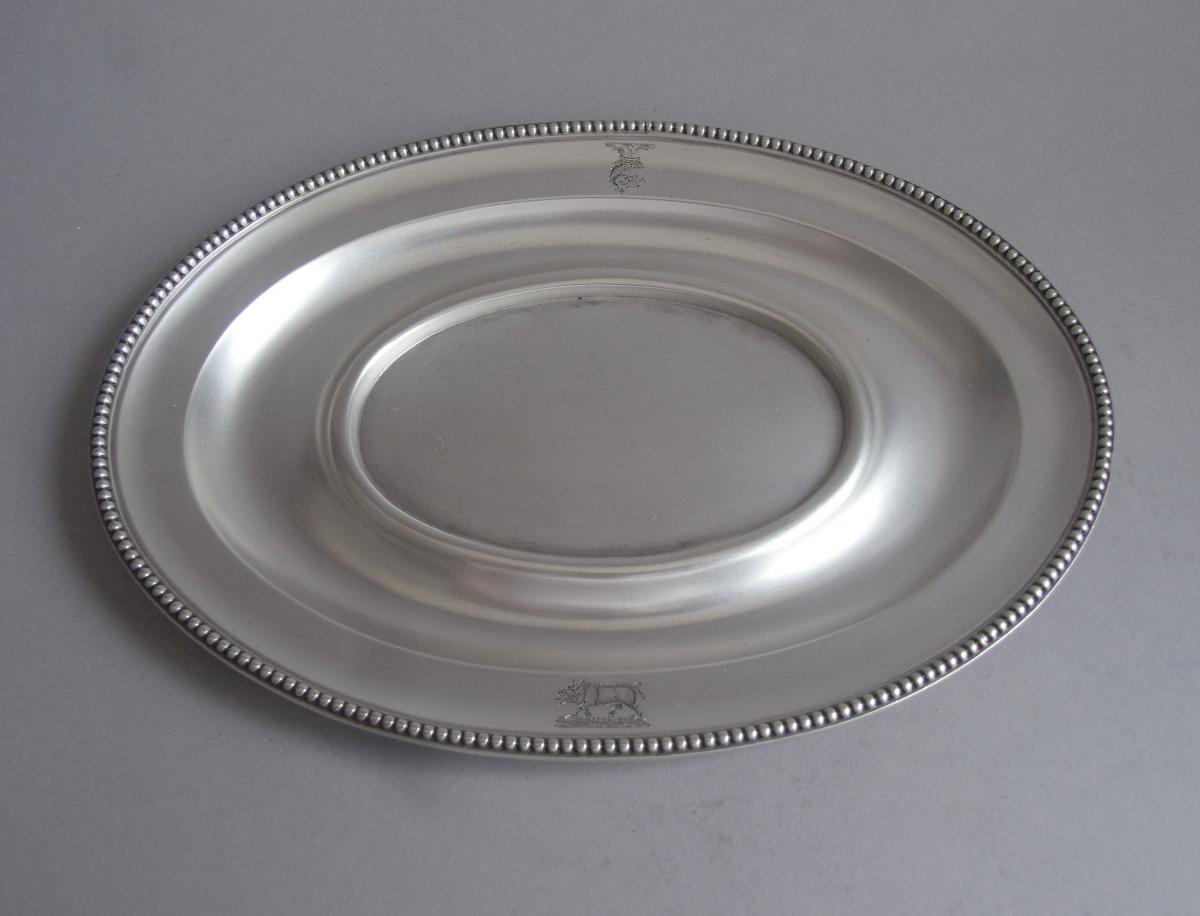 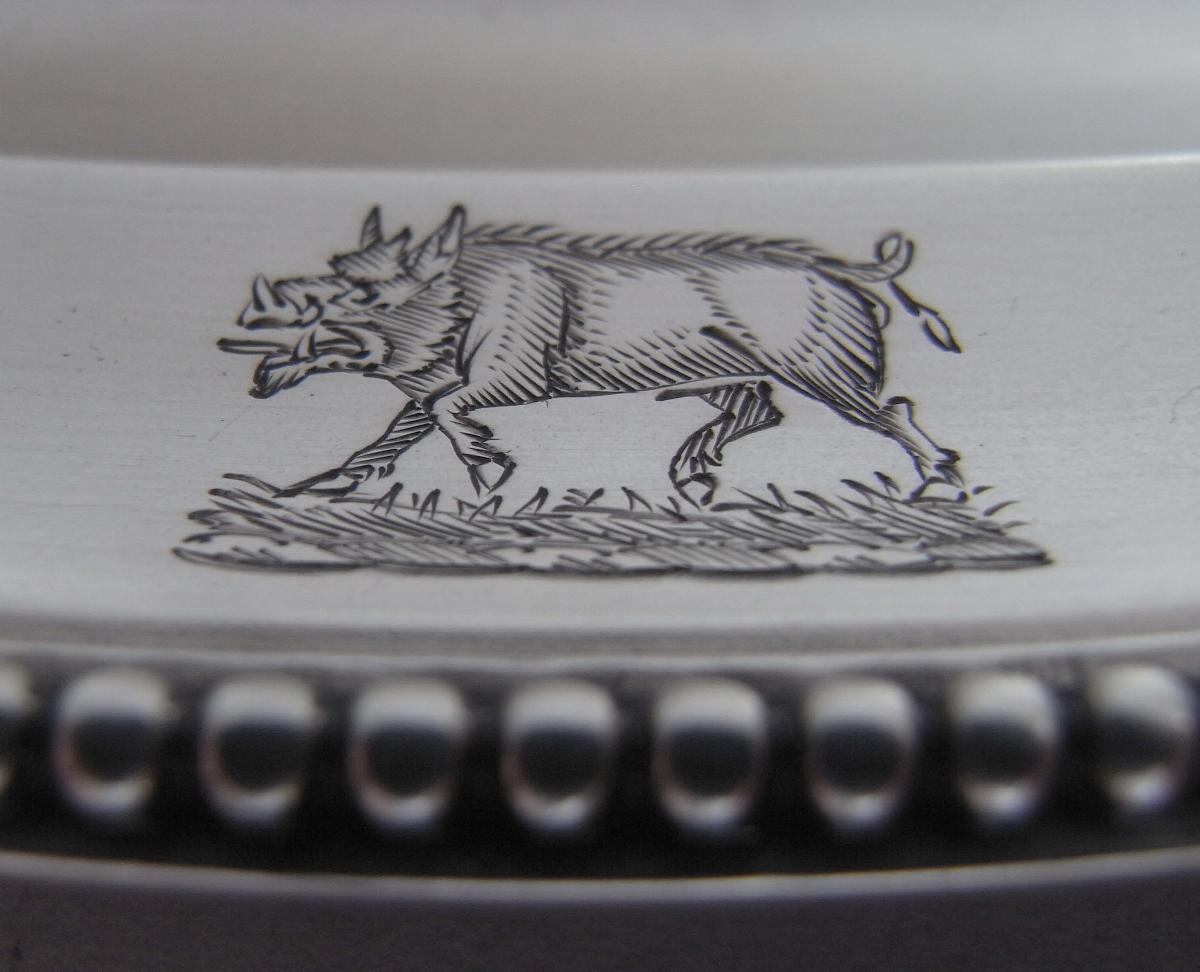 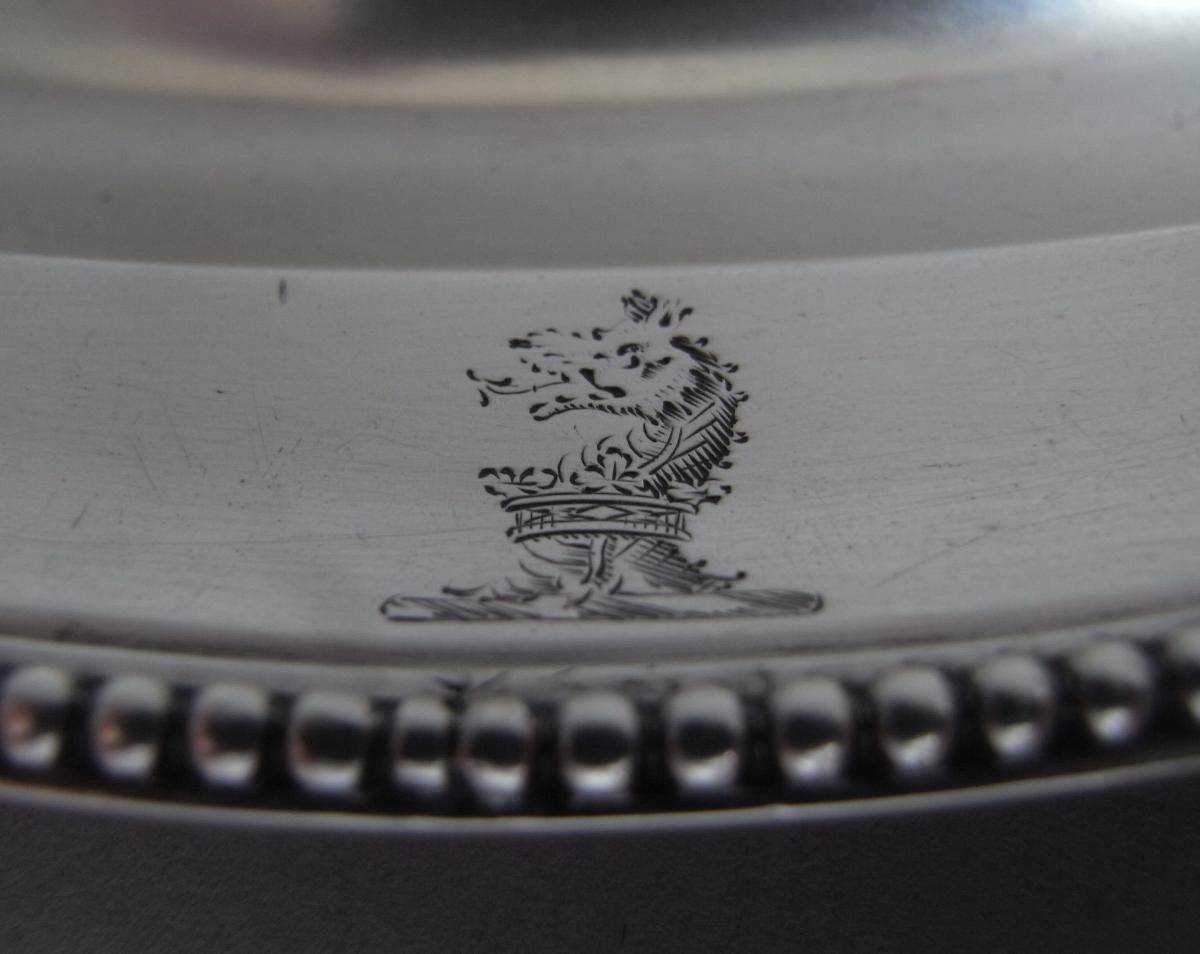 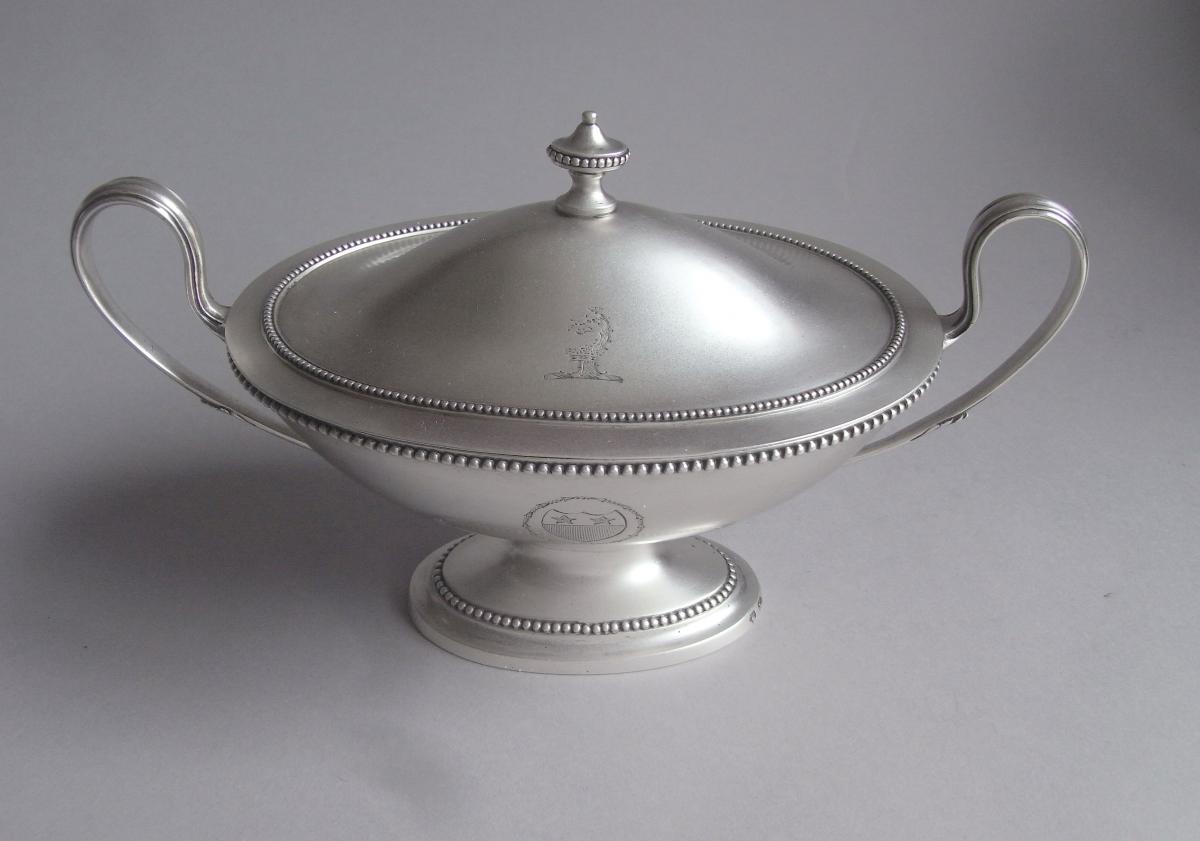 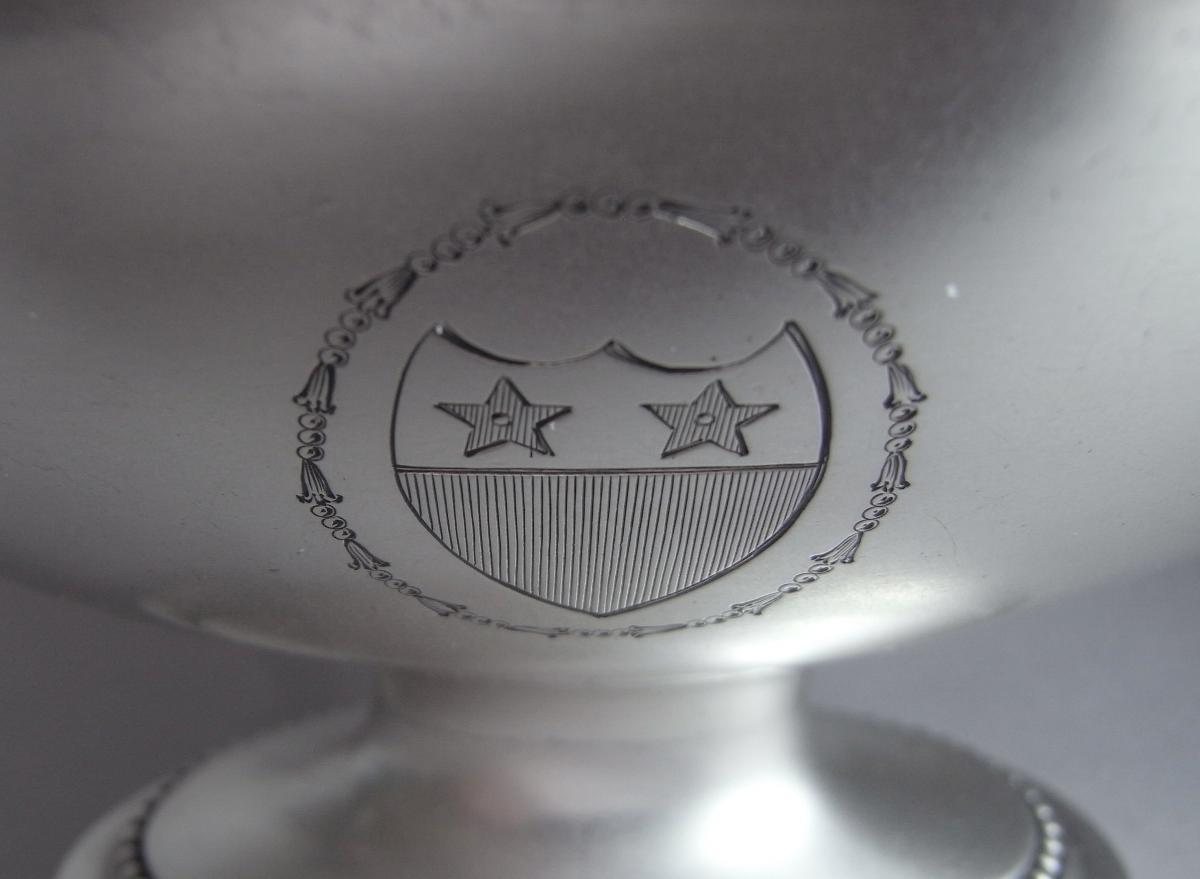 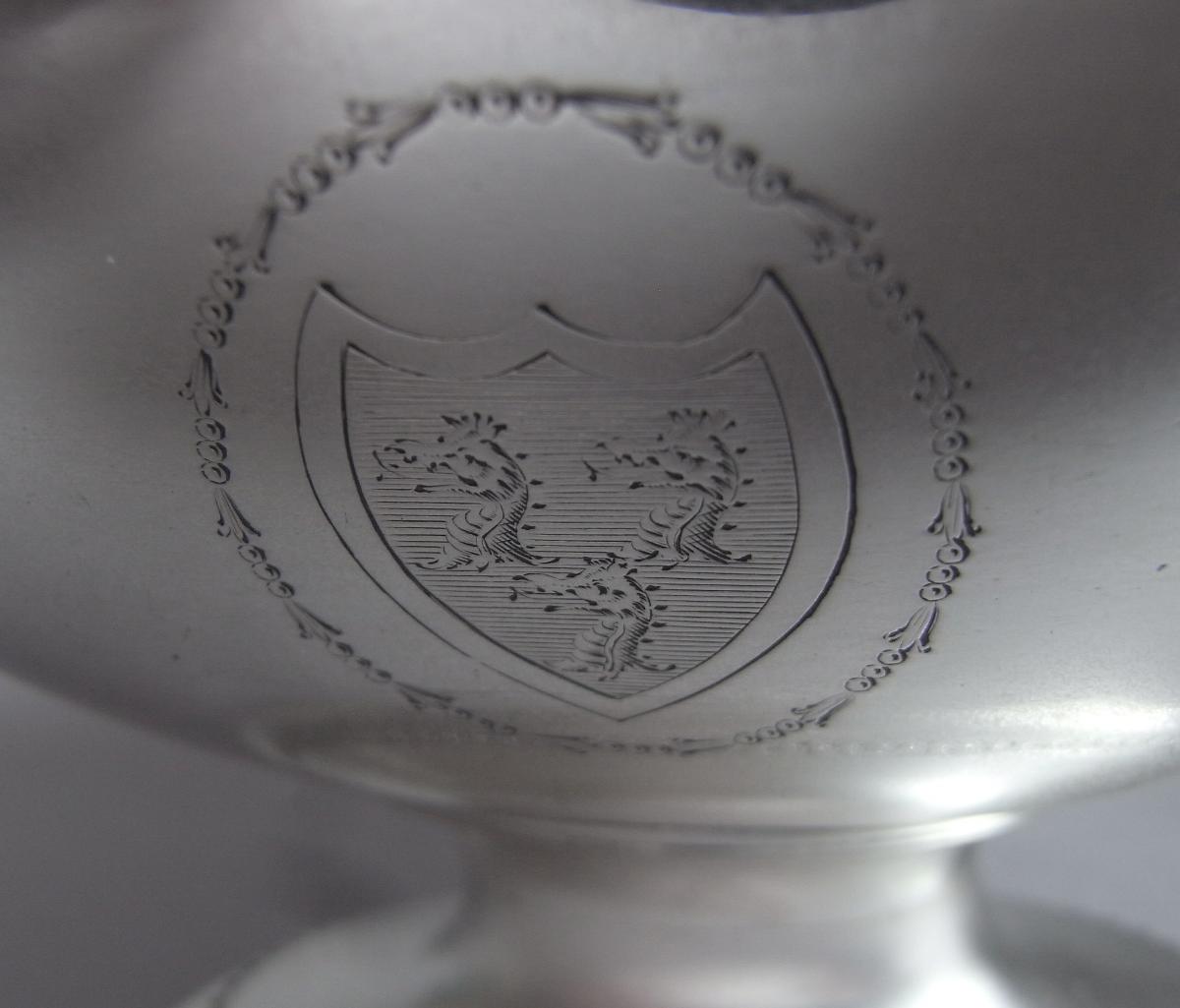 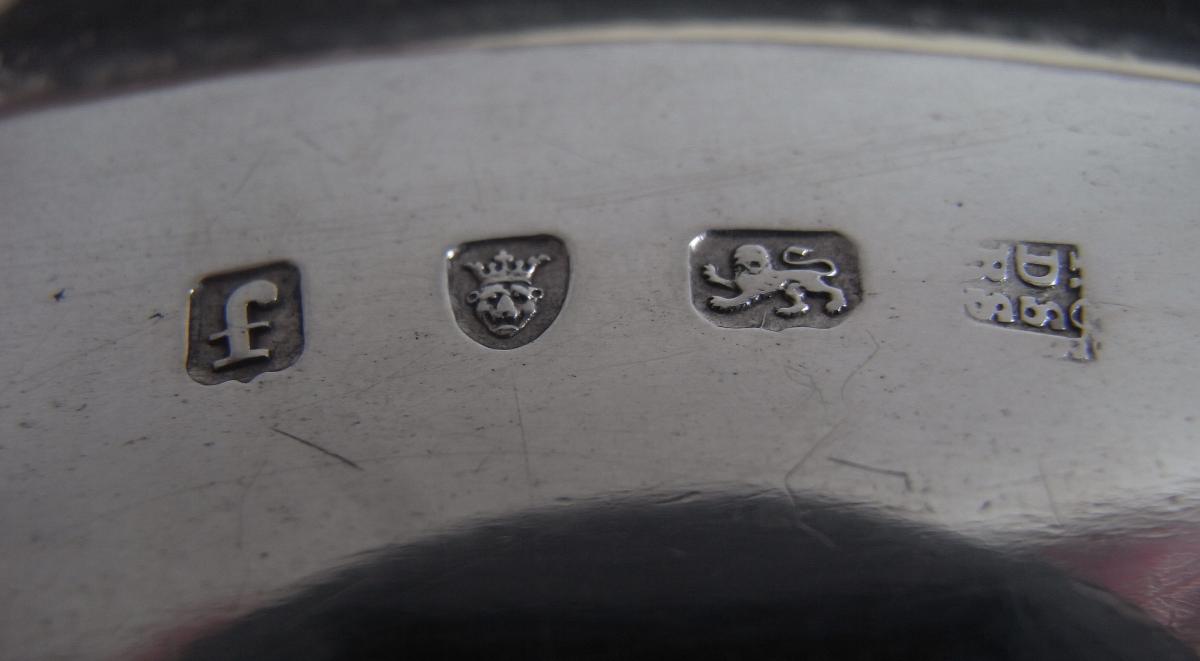 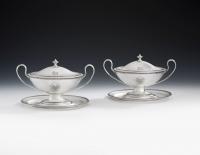 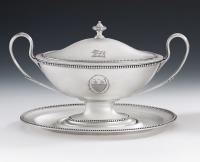 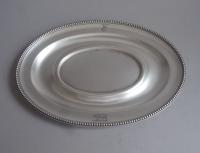 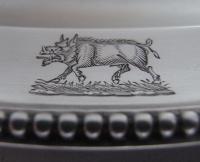 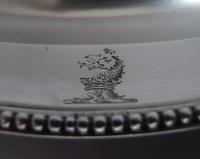 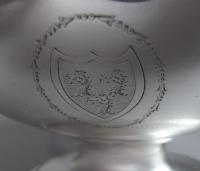 The Tureens are modelled in the Neo Classical "Boat" shaped form and stand on an oval, cast, pedestal foot decorated with beading.  The main body rises to a beaded rim and the two scroll side handles are decorated with reeding and display acanthus leaf mouldings where they are attached to the main body.

Most unusually, the Tureens have their original stands which are oval in form with a raised rim decorated with beading.  The centre displays a raised platform to hold the tureen securely in place.  The stand is also engraved with the same Crests as are shown on the covers.

The Tureens and stands are in excellent condition and are fully marked on the main body and on the stands.  The covers are marked with the maker's mark and sterling mark.  It is extremely unusual to find sauce tureens with their stands.

The difference in date is purely where the hallmarking year changed in May and one was marked on the last day of the year amd the second on the first day of the new year.  This is often seen in sets of silver.  Daniel Smith and Robert Sharp were exceptional makers who were patronised by the King and the Royal family.

The Armorial and boar Crest is that of the Bacon family, the senior branch of which are premier baronets of England.  The Arms, with the dragon's heads Crest, are those of Cutler, an old Yorkshire family who were descendants of John Cutler, Standard Bearer to Henry IV during the Wars of the Roses.

The senior branch resided at Stainborough Hall, County Yorks and there were two cadet branches at Sidmouth and Upton, both County. Devon.