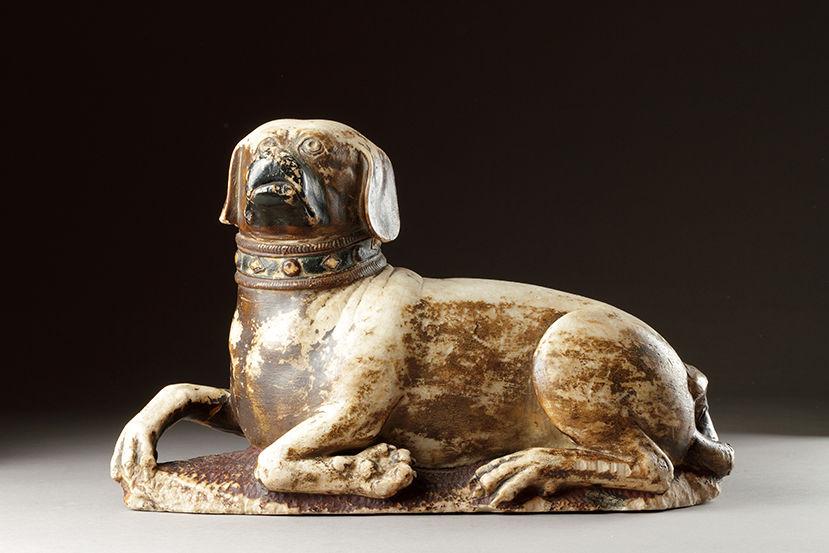 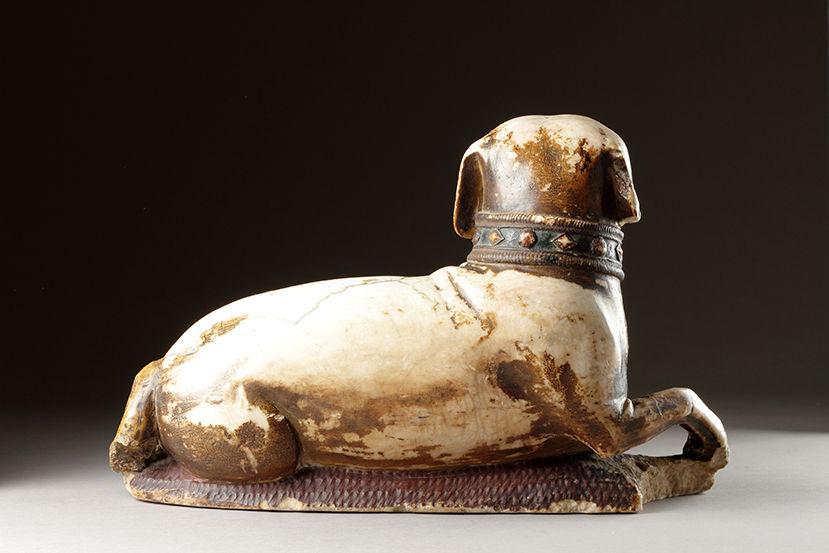 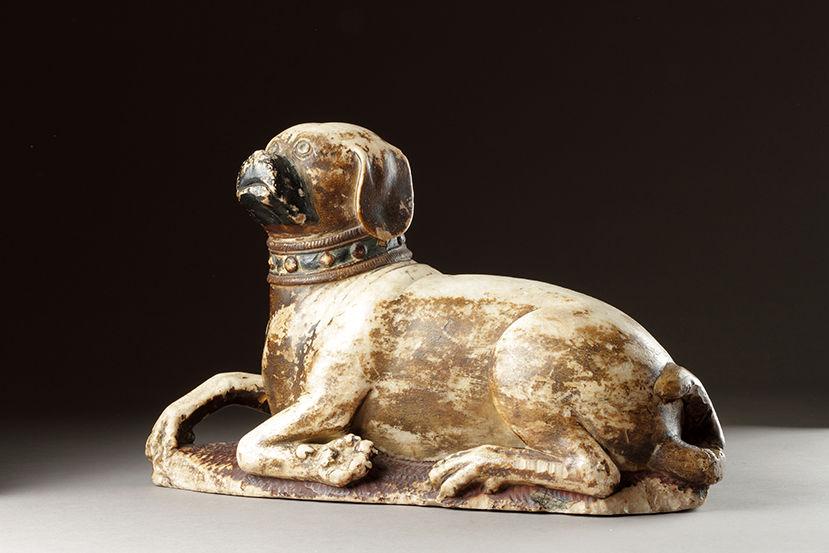 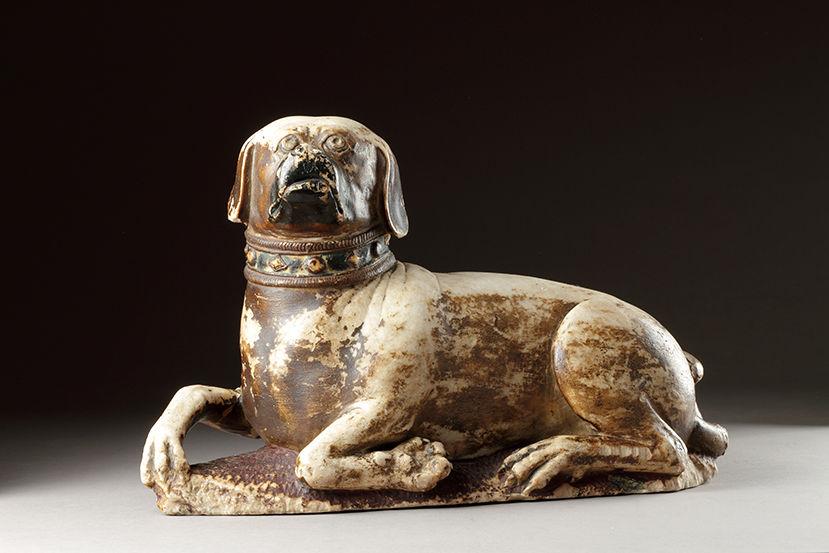 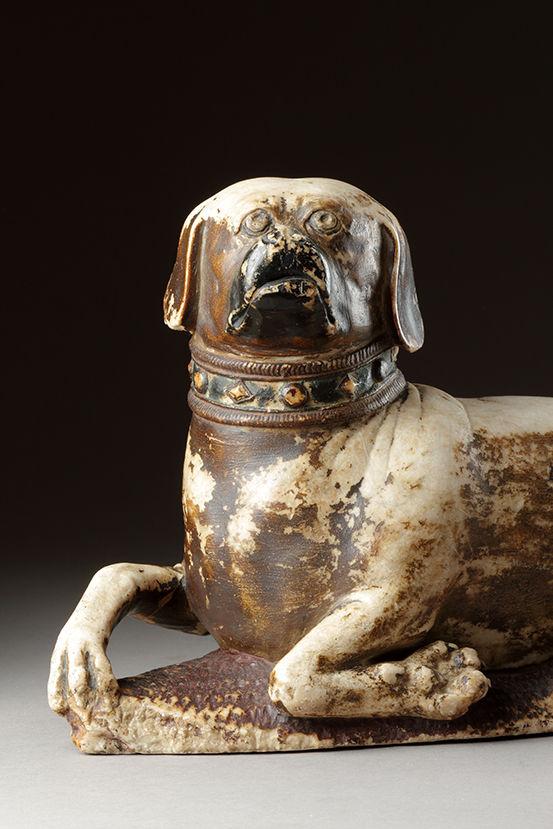 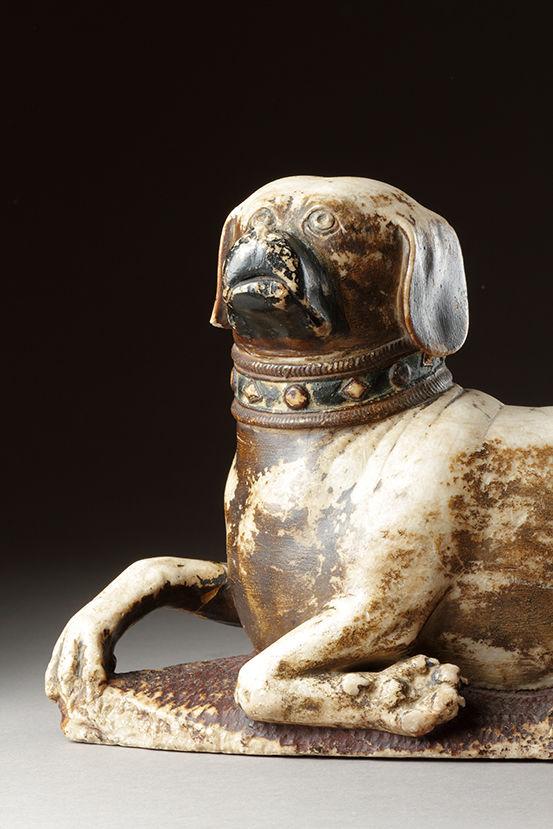 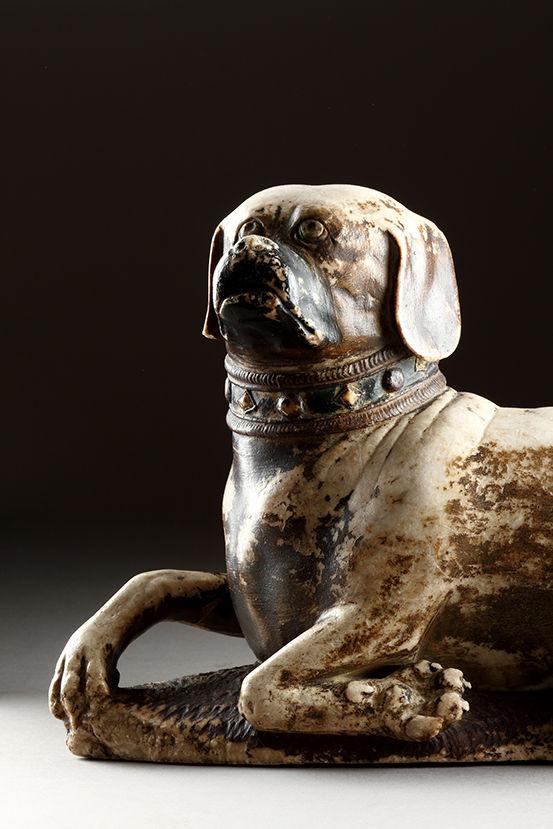 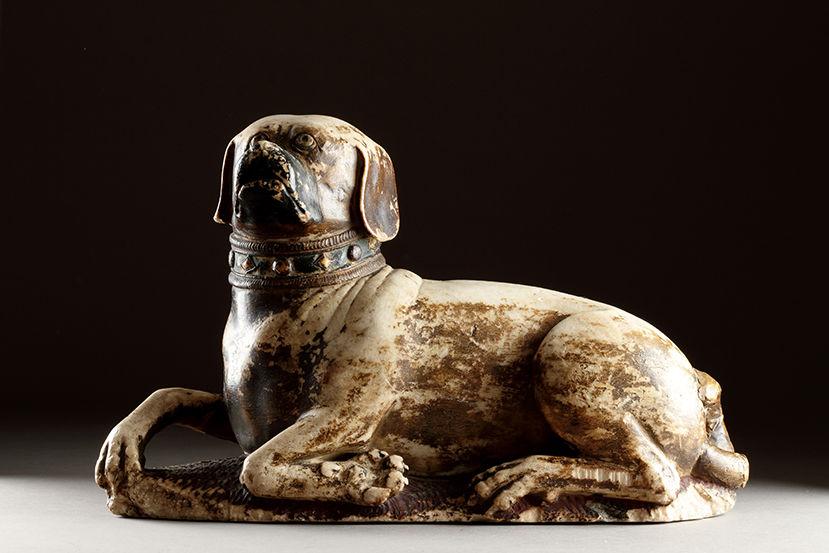 A Very Rare Medieval English Alabaster Tomb Sculpture of a Hound Dog Seated on a Carved Mail Ground
Extensive traces of polychrome decoration some gilding to the collar
Old restoration to the tail, break to one leg

Dogs are a Christian symbol of faithfulness and regularly appear as such in religious art. In Churches they often occurred on tomb monuments in honour of the deceased’s fidelity. Dominican Friars were sometimes symbolised by a black and white dog: a pun on their name ‘Domini Canes’, dogs of the Lord.
The earliest English effigy in alabaster is of a Knight of about 1300 in the parish church of Hanbury some fifteen miles from Nottingham and close to the quarry of Tutbury. His feet are placed on the back of a similar hound dog to this example. More usually the male effigy on a tomb chest is laid flat with his head resting on cushions or a tilting helm if a knight, and his feet against a lion. Pet dogs took the place of lions at a lady’s feet and were carved sometimes playing with the hem of her skirts.
Alabaster seems to have come into general use during the second quarter of the 14th century and after the Black Death its use increased rapidly until it set the fashion for all the other trades in religious and monumental tomb sculpture. The earliest reference to Tutbury alabaster is from 1362 when Queen Philippa arranged for six cartloads to be taken to London. Henry III gave Tutbury to his son Edmund, Earl of Lancaster and Tutbury remains today part of the duchy. This Royal connection probably encouraged the Crown’s early interest in alabaster, a preference which was also shown by other European courts. A few years later in 1374 John of Gaunt gave instructions to his agent at Tutbury to send enough alabaster for the tomb of his wife Blanche, who had recently died, and for his own monument in Old St Pauls. The Royal Castle at Tutbury was largely rebuilt by John of Gaunt, and just as Purbeck marble came into favour through Royal patronage, the same was very probably true of alabaster.