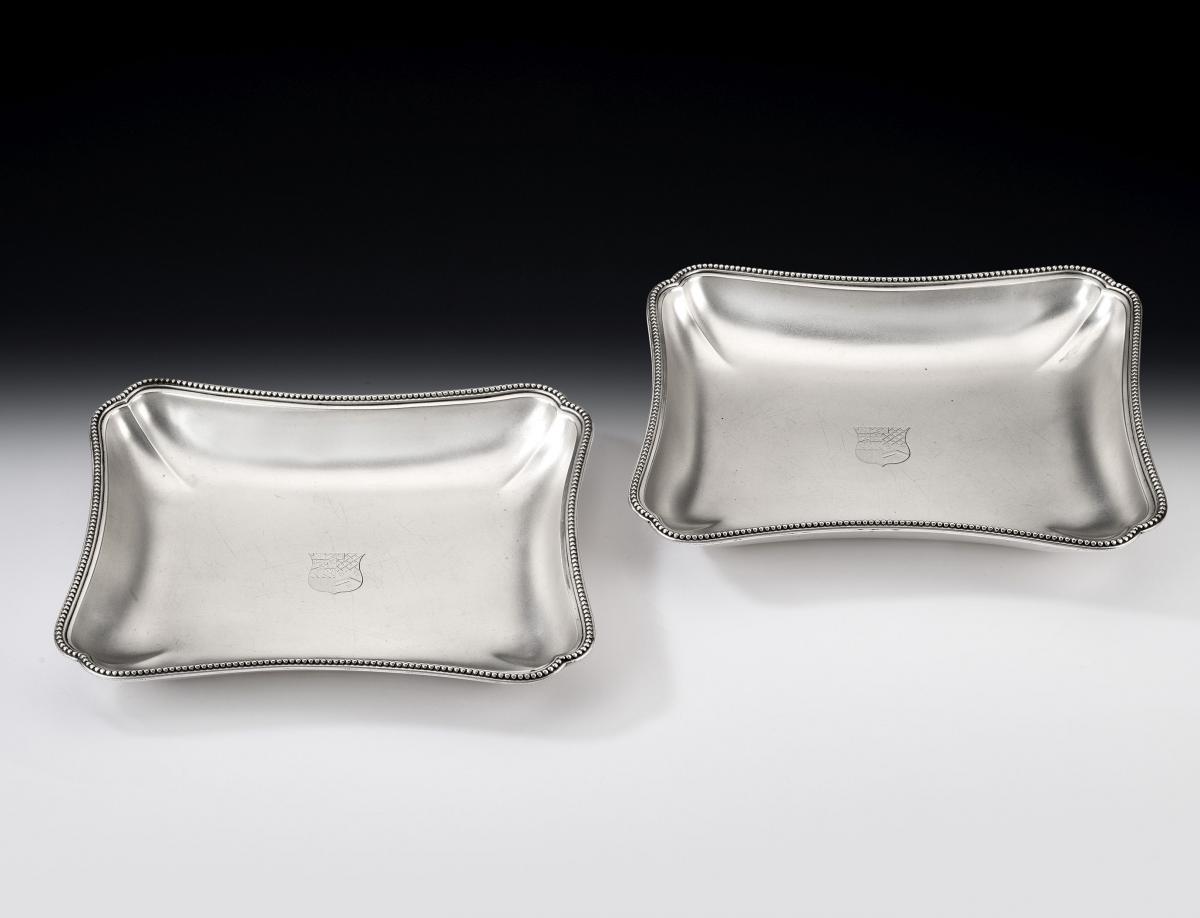 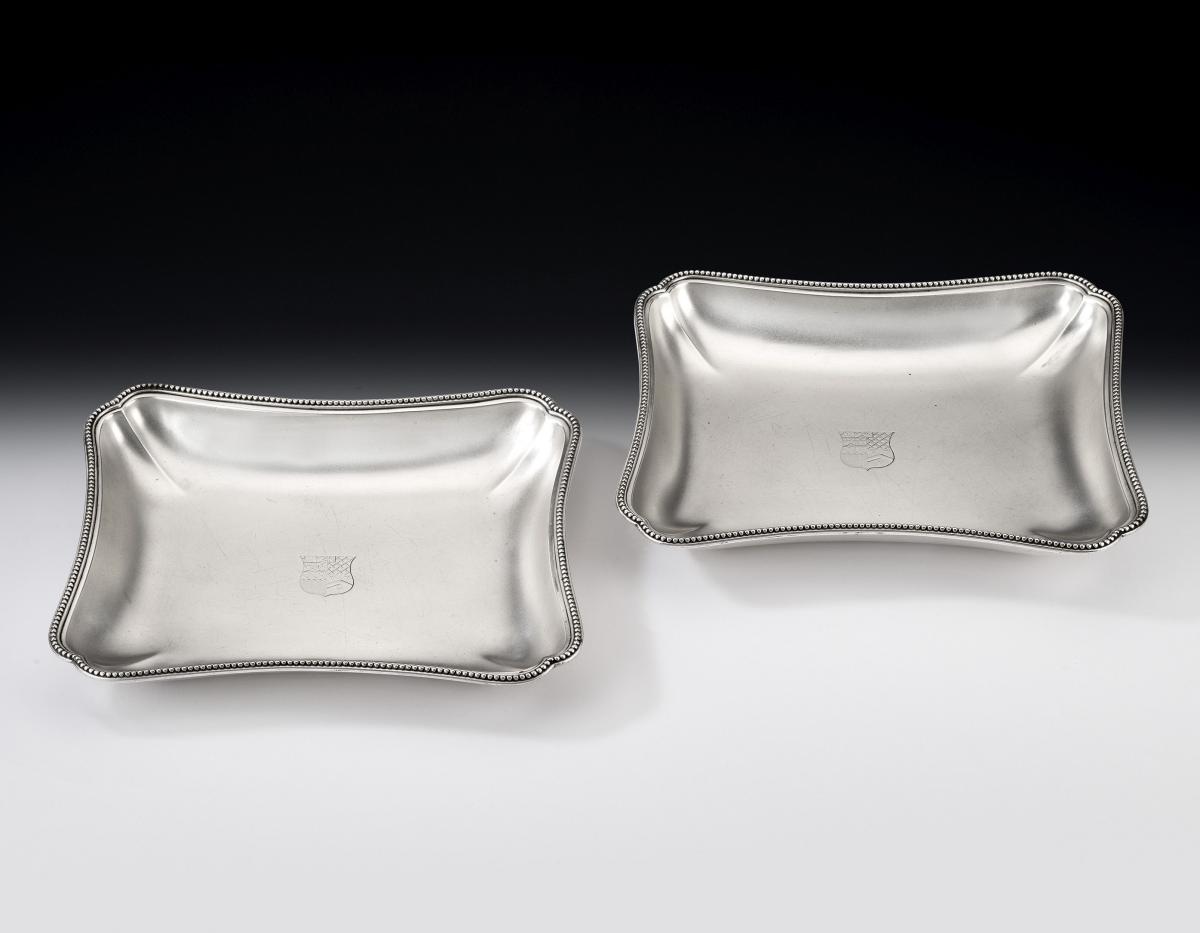 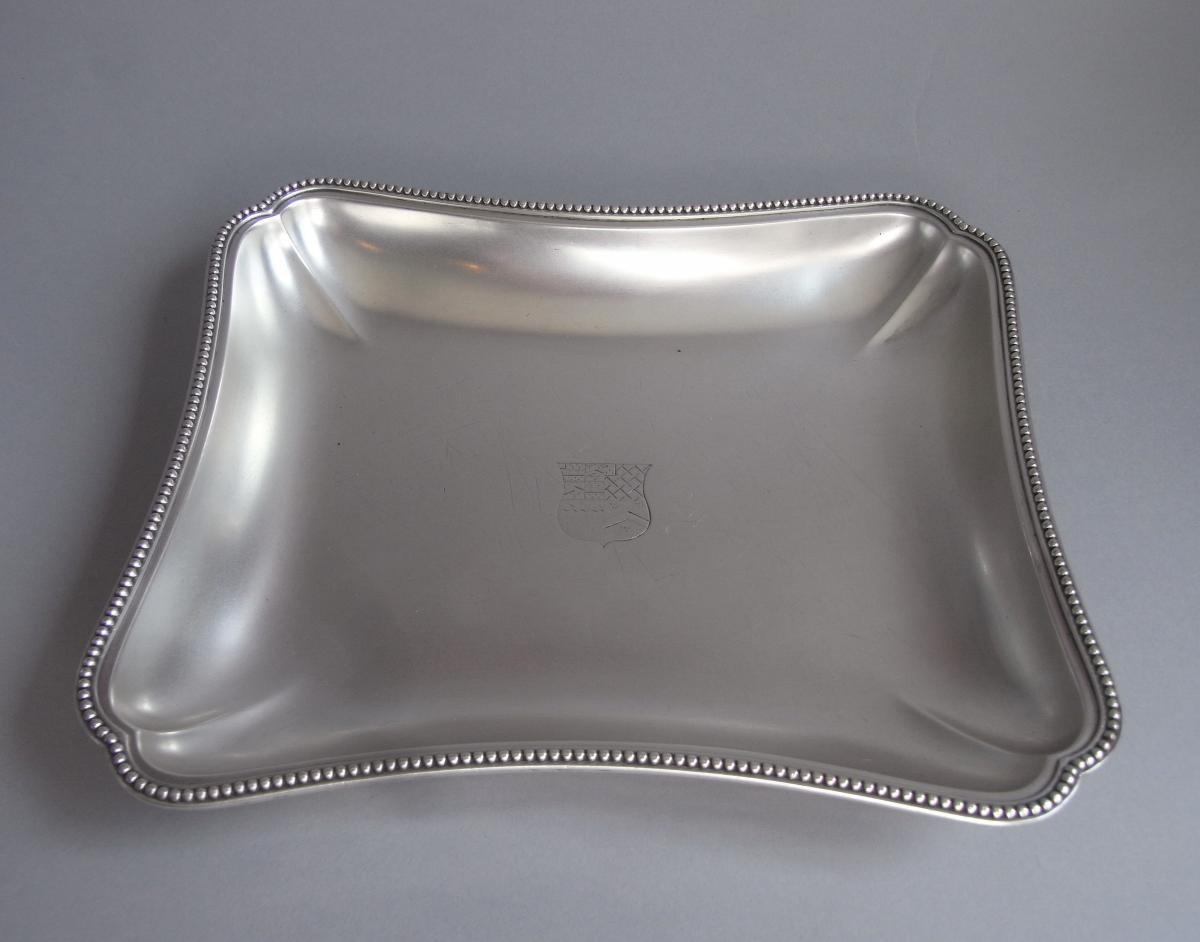 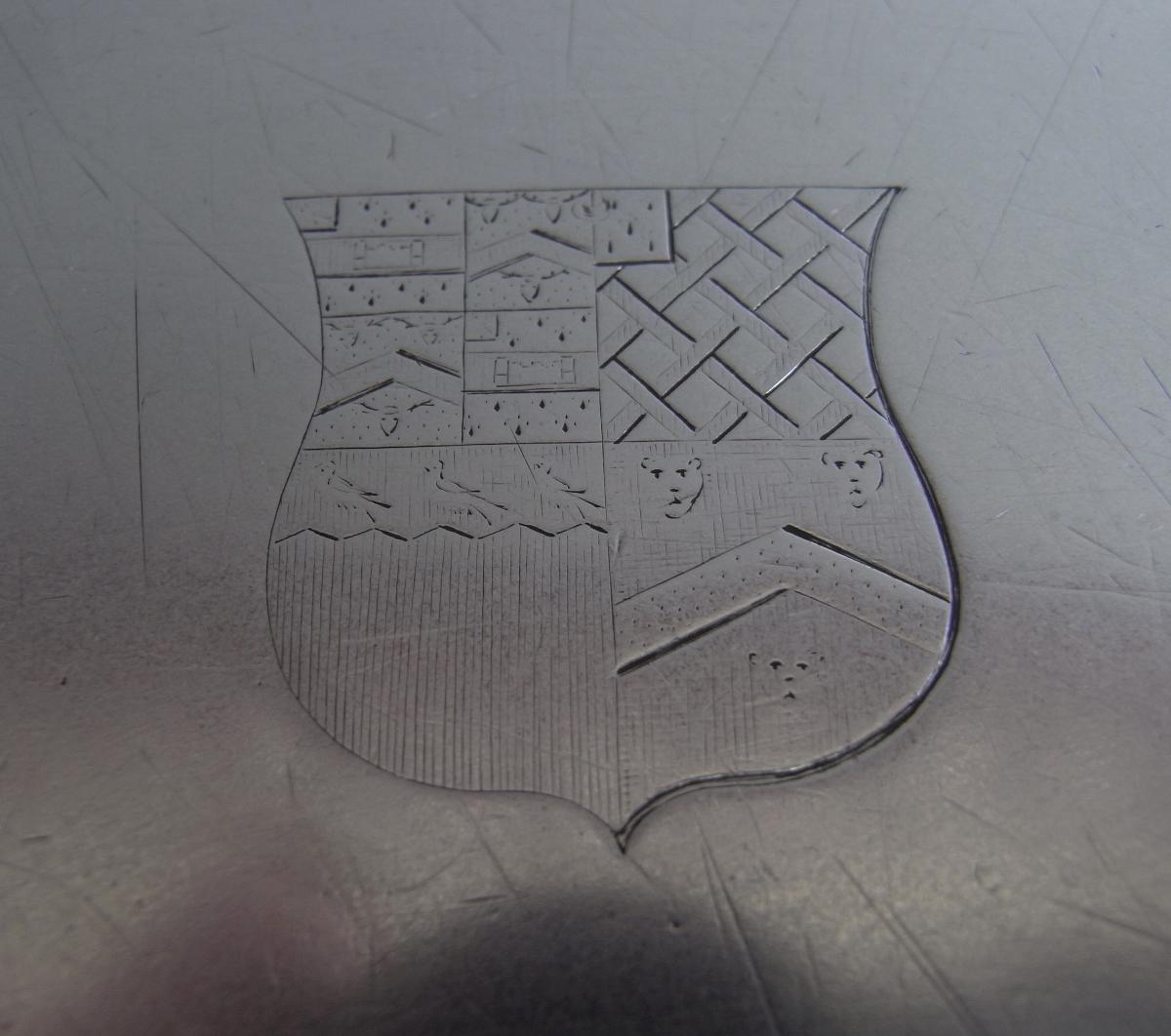 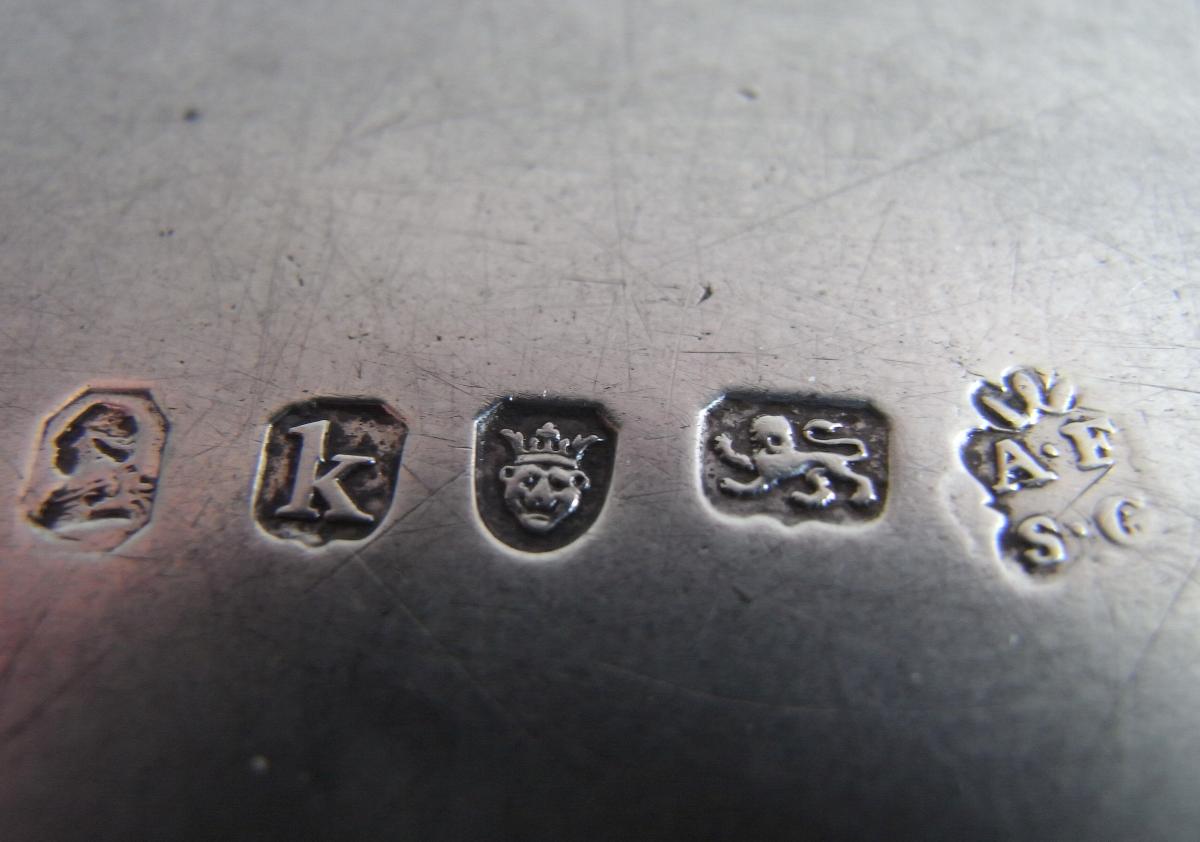 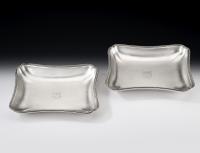 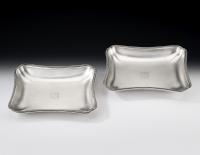 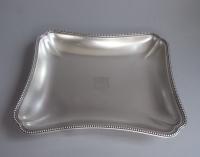 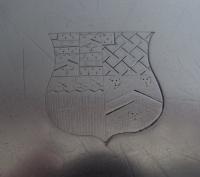 The Dishes are modelled in the cushion shape and unuusually  rise to a beaded rim.  It is most unusual to find bead edged vegetable dishes and the centre of each piece is engraved with a shield shaped Armorial.

The reverse is very well marked and each is engraved with their original scratch weight.  Fogelberg & Gilbert were a very fine partnership and Andrew Fogelberg was to go on to train Paul Storr, the finest and most famous of English silversmiths.  The dishes are in excellent condition and are of a very good weight and gauge.

The Armorial is that of Hill quartering Harwood, both quartering Noel, Lovelace and Wentworth, with a crescent of difference for the second son, for the Hon. William Noel-Hill (1773-1842), later 3rd Baron Berwick of Attingham, politician and diplomat.

He succeeded his brother as Baron Berwick on the latter's death in 1832.  He was M.P. for Shrewsbury from 1796-1812 and then Marlborough from 1815 to 1818.  He served as attache to the British Charges D'affaires in Paris in 1801, for the Peace of Amiens, and was held prisoner for a short while when hostilities recommenced.