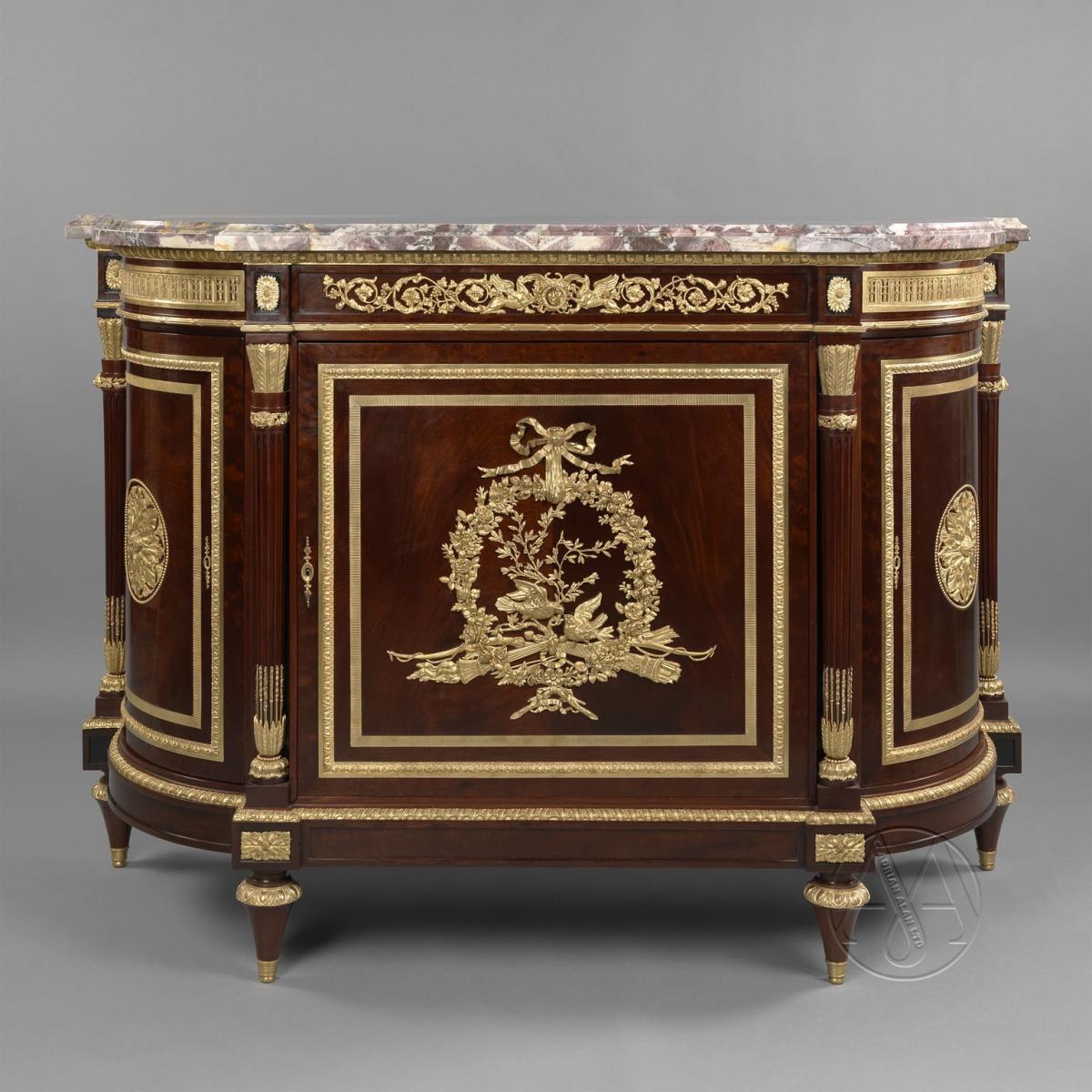 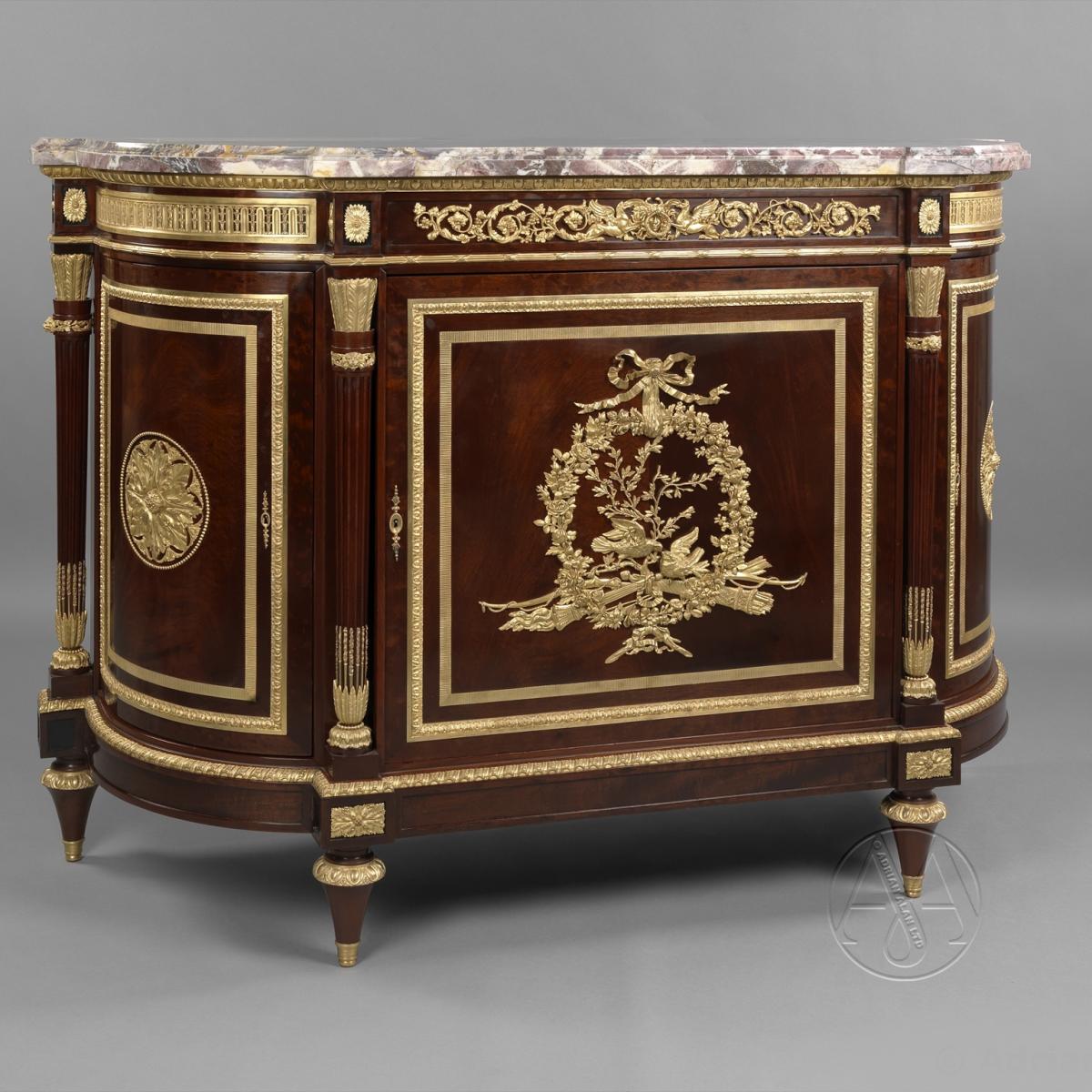 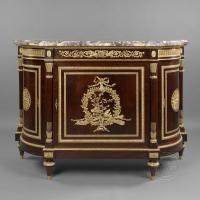 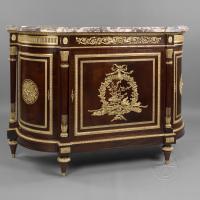 Stamped to the top of the carcass ‘HENRY DASSON’.

This fine side cabinet has a moulded brèche violette marble top above a  frieze drawer with scrolling  foliate running pattern centering on a mask.  Below is cupboard door with a gilt-bronze ribbon-tied foliate wreath with a pair of doves perched on Cupid’s Bow, an arrow-quiver and a flaming torch, the interior with two shelves.  The rounded sides are fitted with further cupboard doors centred by pomegranate and leaf-cast paterae, each enclosing a single shelf.  The cabinet is raised on toupie feet.

Henry Dasson (1825-1896) was one of the finest makers of gilt-bronze mounted furniture in the nineteenth century.  Unlike other cabinetmakers of this time Dasson started his career as a bronze sculptor, and for this reason one of the characteristics of his work is the great quality of his bronze and more precisely of the chiselling.

With a workshop established in Paris at 106 rue Vieille-du-Temple, he specialised predominantly in the production of Louis XIV, XV and XVI style furniture using the very finest gilt-bronze mounts.

In 1871, he purchased the flourishing business and remaining stock of Charles-Guillaume Winckelsen, who had established a reputation for furniture of the highest quality. Dasson almost certainly inherited the craft of ciseleur from Winckelsen.

At the 1878 and 1889 Paris Expositions Universelles Dasson exhibited a number of pieces in the Louis XV and XVI styles, as well as pieces of his own modified eighteenth-century design. The exhibits in 1878 included a table entirely in gilt-bronze, purchased by Lord Dudley. His copy of the celebrated Bureau du Roi sold at the same exhibition to Lady Ashburton.

Dasson ceased production in 1894, and at this time held a sale of his models, listed in Catalogues of drawings for art bronzes, style furniture and important decoration with  rights of reproduction by Henry Dasson et Cie, manufacturer of art bronzes and cabinetmaker as a result of cessation of production..' The records from this sale show that Paul Sormani, as well as Joseph Emmanuel Zweiner, Maison Millet and Beurdeley acquired certain drawings and models by Dasson.

Jonathan Meyer illustrates a number of exceptional items exhibited by Dasson in 1889 in his book on the Great Exhibitions. 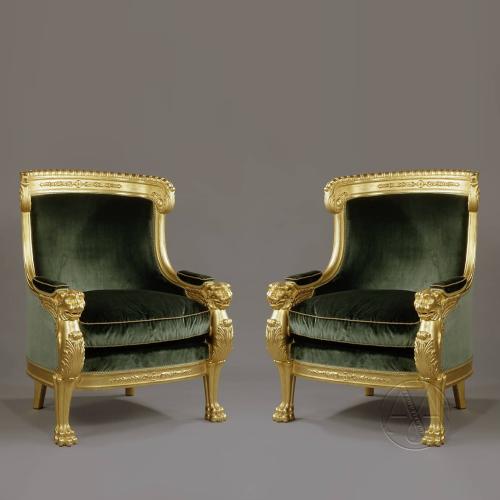 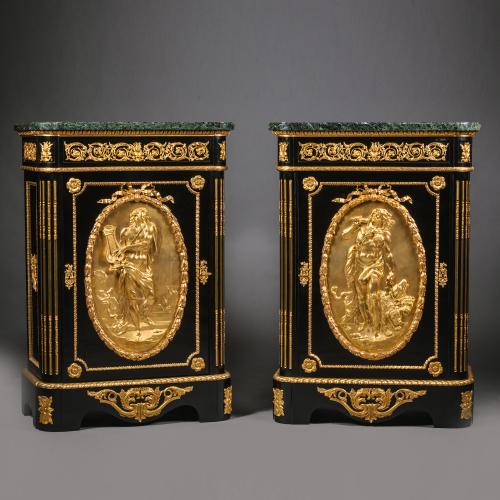 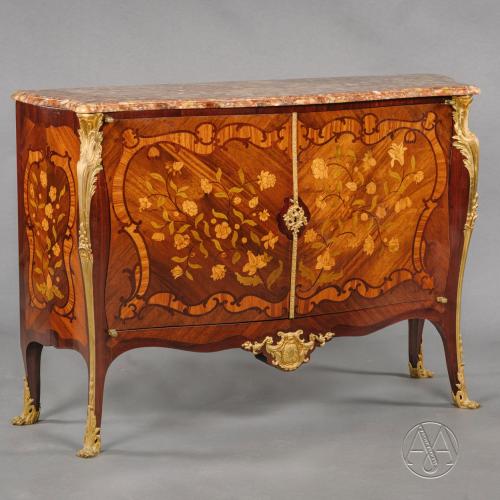