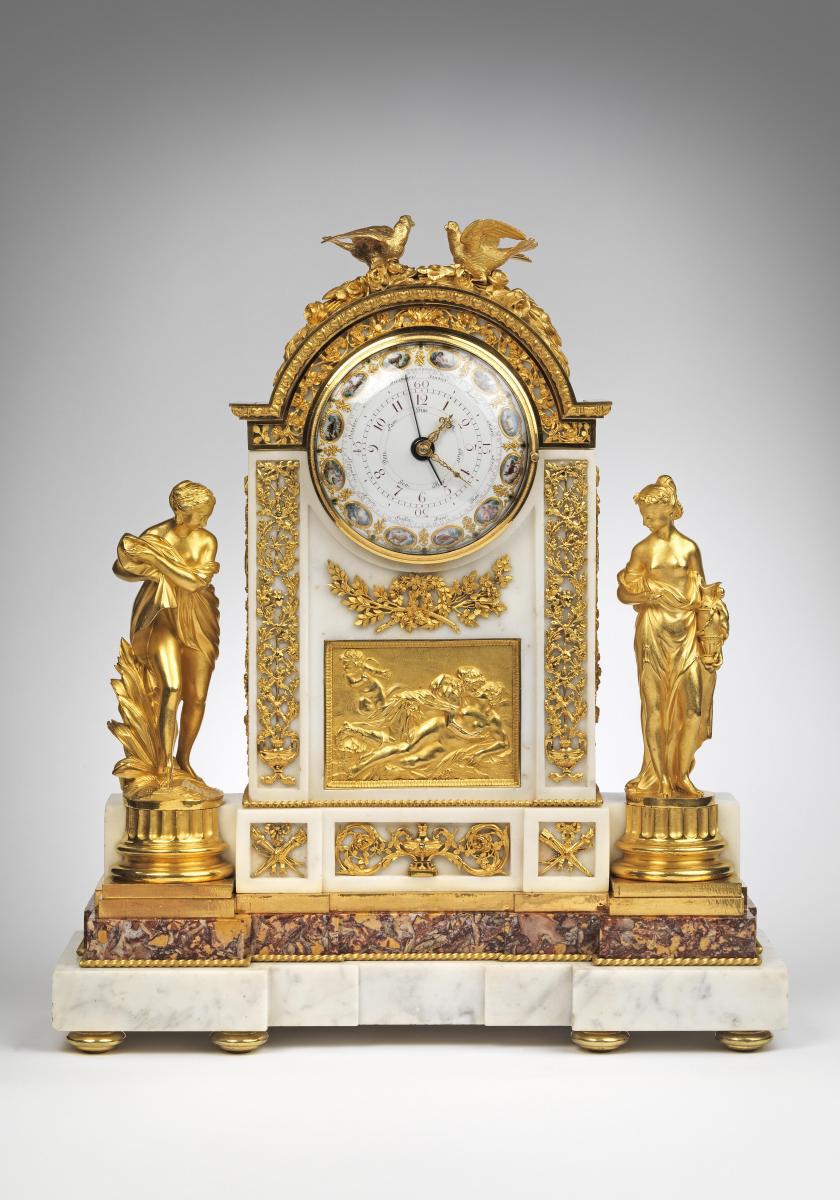 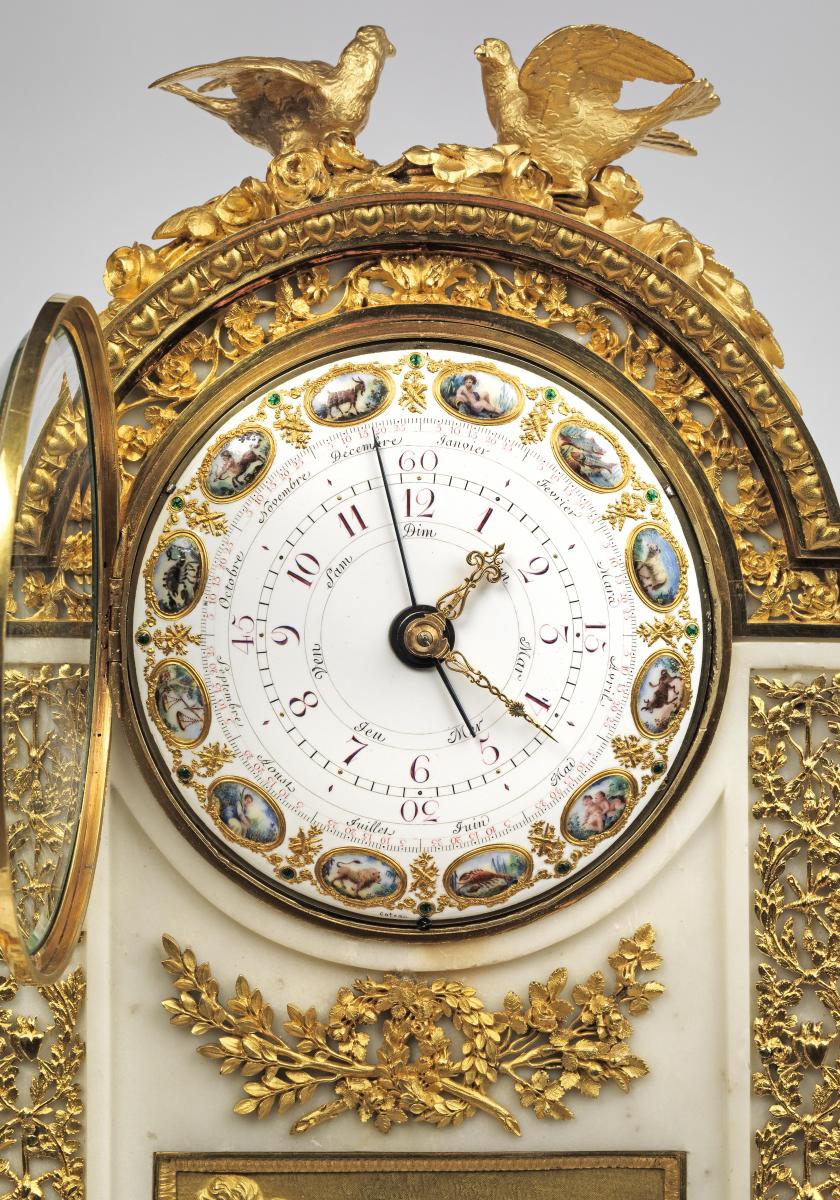 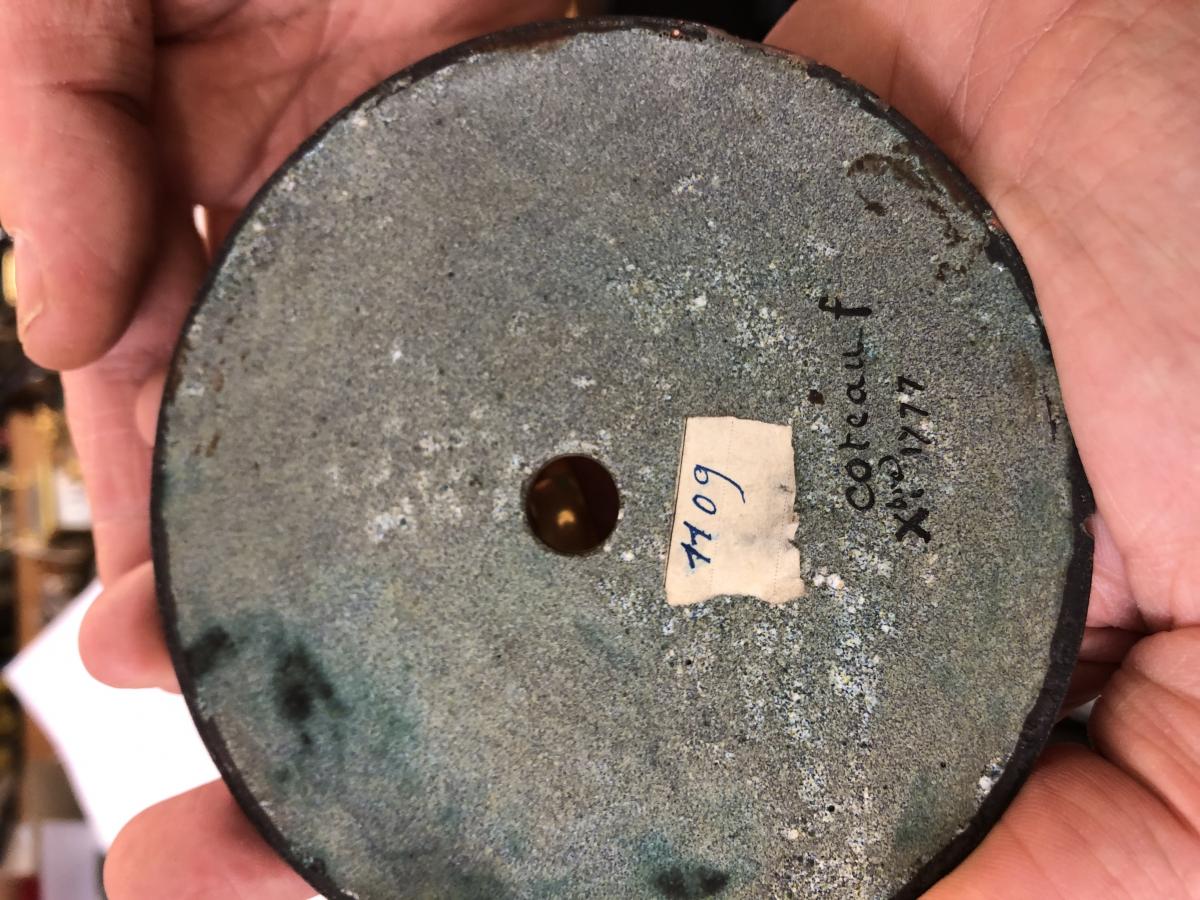 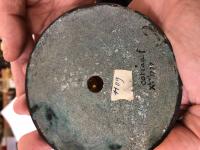 The arched case surmounted by a pair of doves, flowers and foliage, above a gilt-bronze band of hearts and scrolling foliage, above a white enamelled dial signed Coteau (the reverse also signed), with the signs of the Zodiac contained in gilt medallions interposed by ribboned martial trophies, the months and days of the week in French, above intertwined laurel wreaths flanked by branches, above a plaque depicting an amorous couple with Cupid, the side panels inset with pierced mounts of a classical urn with foliage, the sides with ribbon-tied martial trophies, the breakfront plinth base with classical female figures on truncated columns, on a Spanish brocatelle plinth, on disc feet.

Coteau was originally from Geneva and was appointed peintre-emailleur du roi et de la Manufacture Royale de Sevres in 1780. He claimed to have invented the method of applying different colours on the enamel.  He was established as master of the Parisian Guild of enamellers in 1785. Although it is unusual for the clock not to be signed by a Clock maker it is not unknown, as Jean-Dominique Augarde illustratetes in his book Les Ouvriers Du Temps on page 103 with an unsigned Skeleton clock also with enamel dials by Coteau.

Tardy, French Clocks, The World Over, Paris, 1981, p.141.pp. 162-163 illustrates several examples of dials by Coteau with the signes of the Zodiac and a clock with a related dial now in the Musée des Arts Décoratifs, Paris on p. 251. 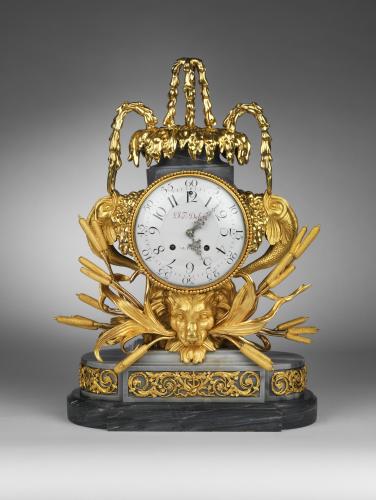 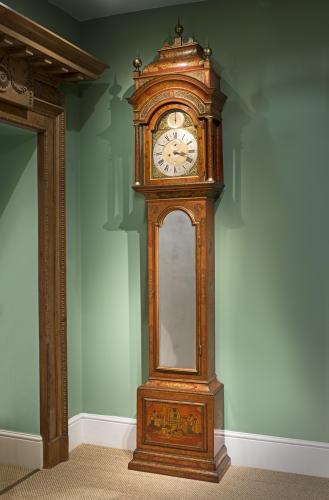 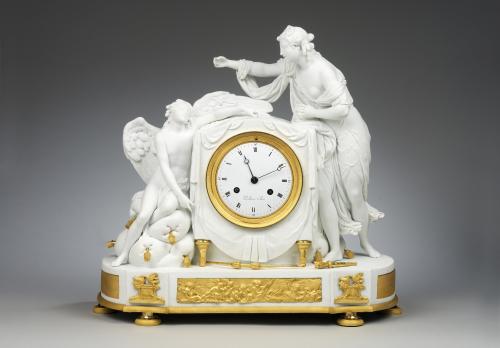