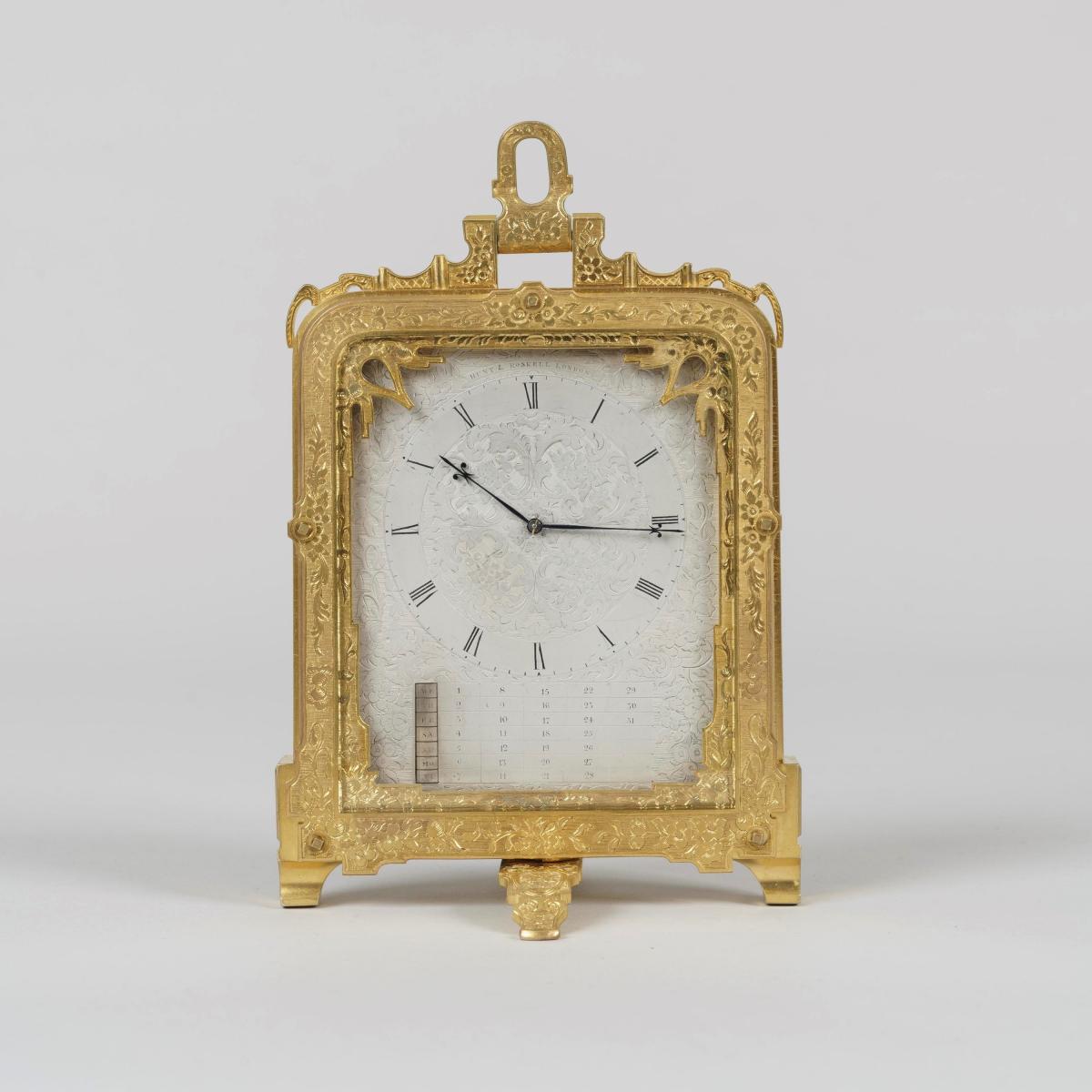 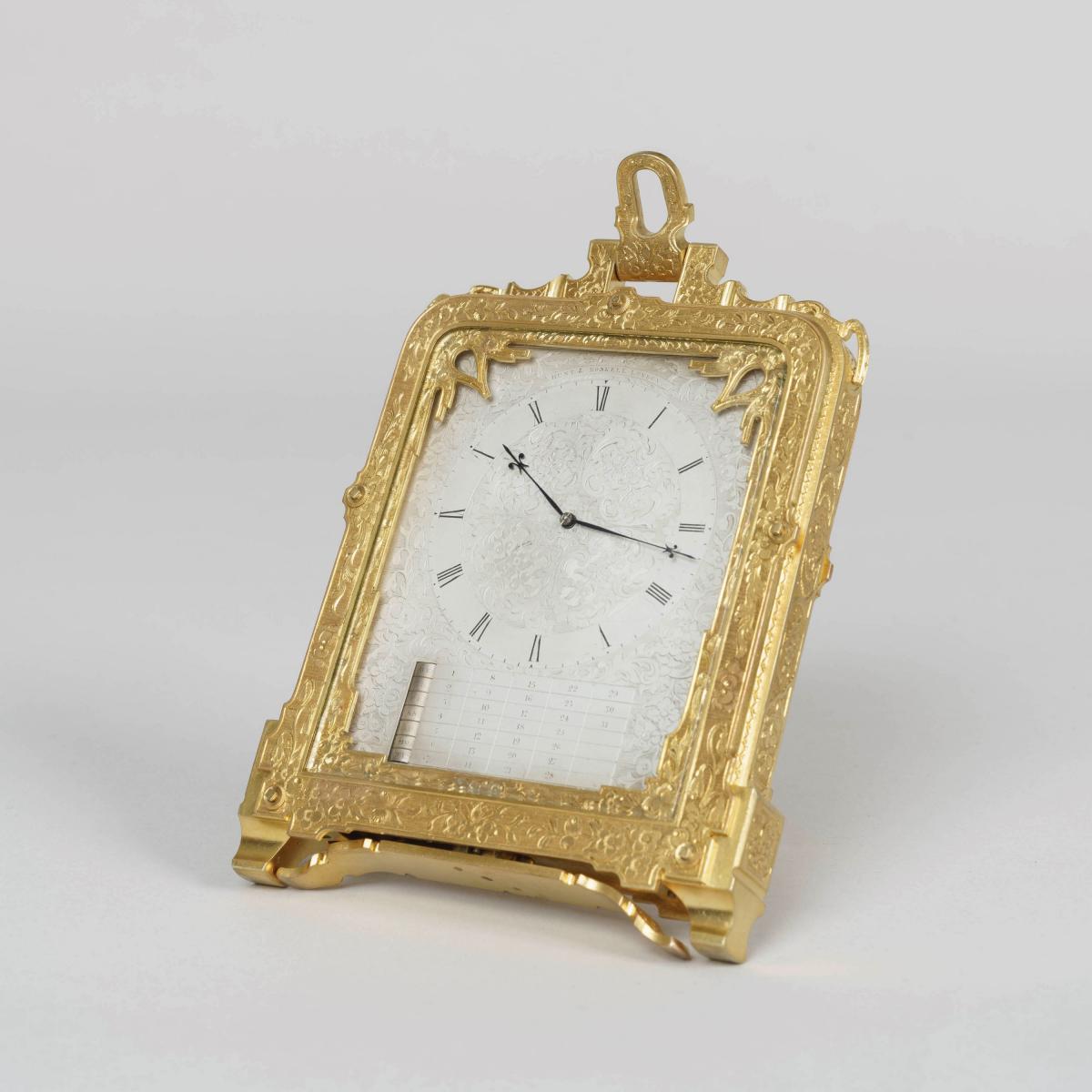 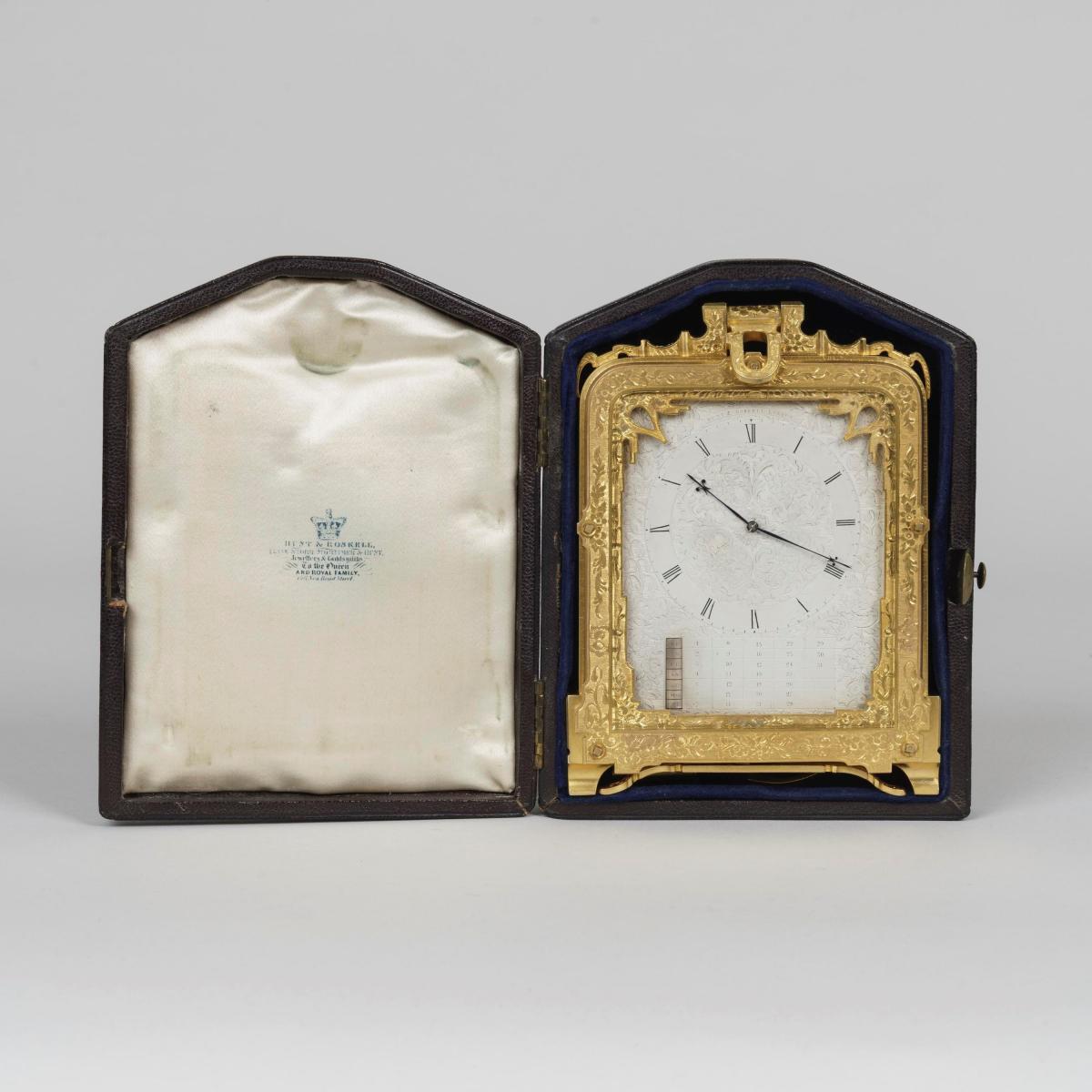 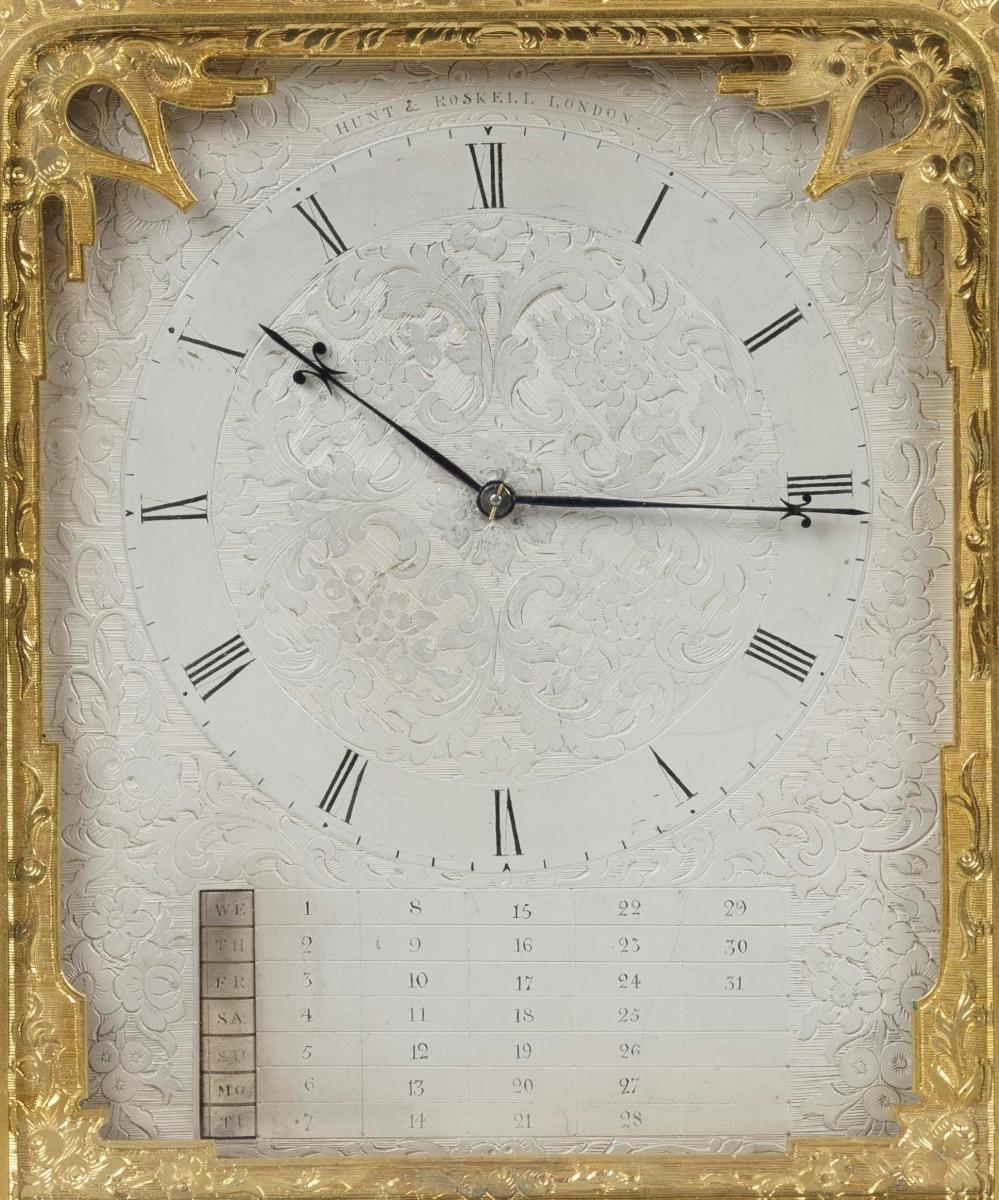 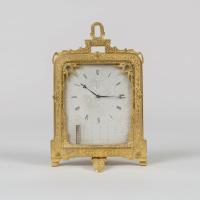 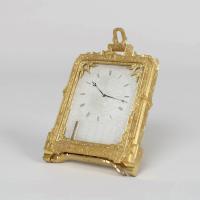 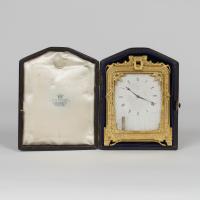 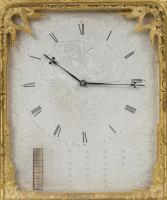 A rare pre-numbered strut clock of beautiful design and execution, having the standard revolving strut attachment to the base for support, a spring-loaded catch-operated bracket allowing for inclined support as well as a suspension hook to the top; the case and its silvered dial and manual calendar having foliate arabesque line engraving, the hours delineated by roman numerals and blued steel fleur de lys hands. The movement of eight-day duration consisting of a vertical lever escapement with uncompensated balance. The dial and movement signed ‘Hunt & Roskell, London’ alongside its original signed leather case.
Circa 1845

A nearly identical clock by Thomas Cole is in the Royal Collection (RCIN 2946), and was a birthday gift to Queen Victoria from her son the Prince of Wales on the 24th of May 1861.

Son of Thomas Cole Snr, a Somerset clockmaker, Cole is known as a specialist in making decorative timepieces of the highest quality. He exhibited at the Great Exhibition at the Crystal Palace in 1851; he warranted an 'honourable mention' in the Paris Exposition universelle of 1855 and the London 1862 International Exhibition, where he was awarded a medal for 'excellence of taste and design'.

Founded by Paul Storr (as Storr & Co) in 1819, the company became Hunt & Roskell in 1843 and had retail premises at 156 New Bond Street. Gaining the royal warrant in the late 1840s, Hunt & Roskell were the silversmiths and jewellers to Queen Victoria. They exhibited at the Great Exhibition held in 1851 where they were noted for the splendour of their display, reputedly worth a total of £100,000. Further exhibitions followed both at home and abroad including New York in 1853 and Paris in 1867.