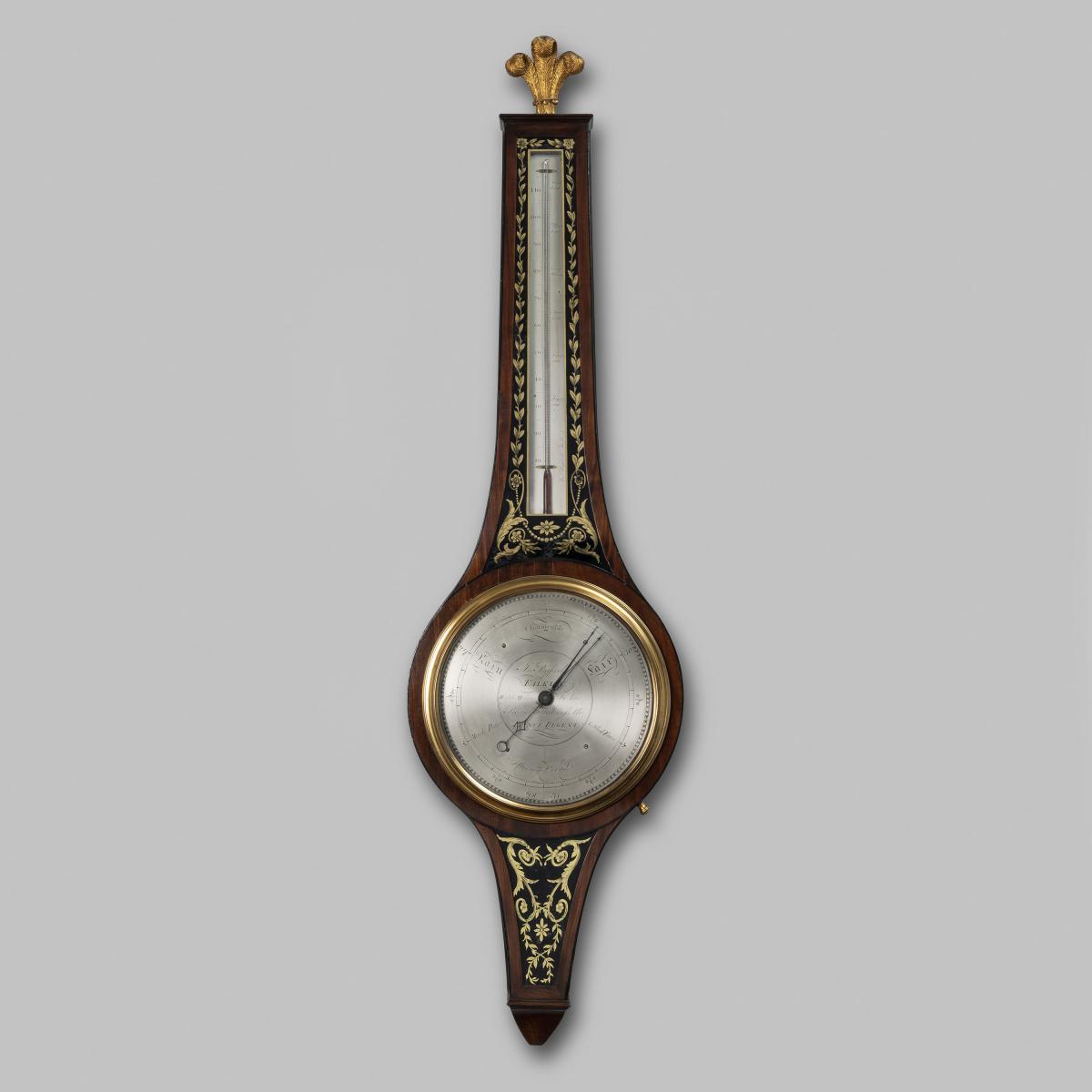 A fine and extremely rare Regency period wheel barometer by John Russell of Falkirk, barometer maker to the Prince Regent. This elegant barometer has a frame veneered in figured mahogany, with ebony stringing, and is surmounted by a bronze and gilded Prince of Wales feathers. Further decoration includes glazed panels of Verre eglomise.

The silvered and engraved circular dial is surrounded by a moulded brass bezel and is fully signed 'Jno Russell Falkirk, Watch maker to his Royal Highness the Prince Regent' to the centre, with wheatear engraved outside border. The scale is calibrated to read between 28 and 31 inches of mercury.

John Russell (1745 - 1817) began his career as a blacksmith but would become one of the best known clock and watch makers of his day. He had a shop in Falkirk from about 1770. He made clocks for the Prince of Wales, one of which was at Carlton House, the prince's London home.

Russell was best known for his wheel barometers, the most elaborate of which were described as 'royal barometers', since Russell had presented two of the to King George III and the Prince of Wales. These are still in the Royal Collection, and have similar verre eglomise panels below the register plate and enclosing the thermometer. Other examples of Russell's work can be seen at the Victoria and Albert Museum, in London.

This superb example was on display at 'The Three Georges: Clockmaking in Hanoverian England 1714 - 1820' Exhibition at Raffety Clocks. 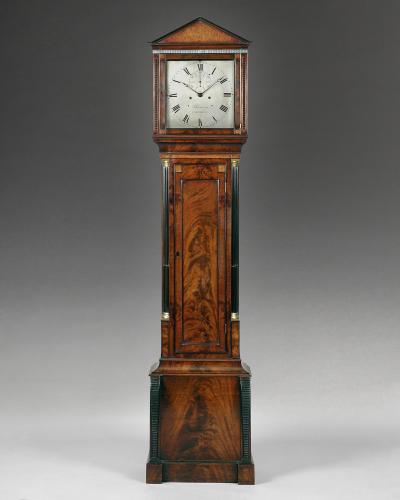 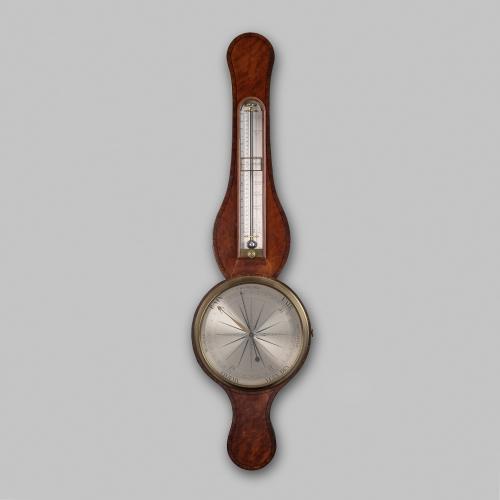 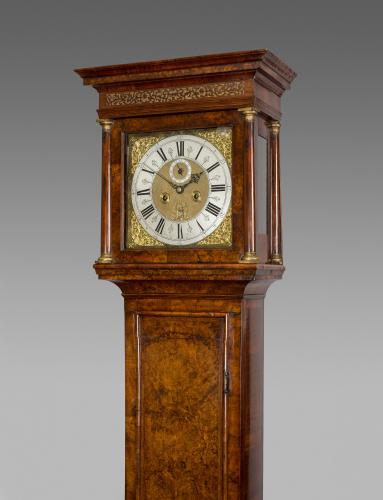