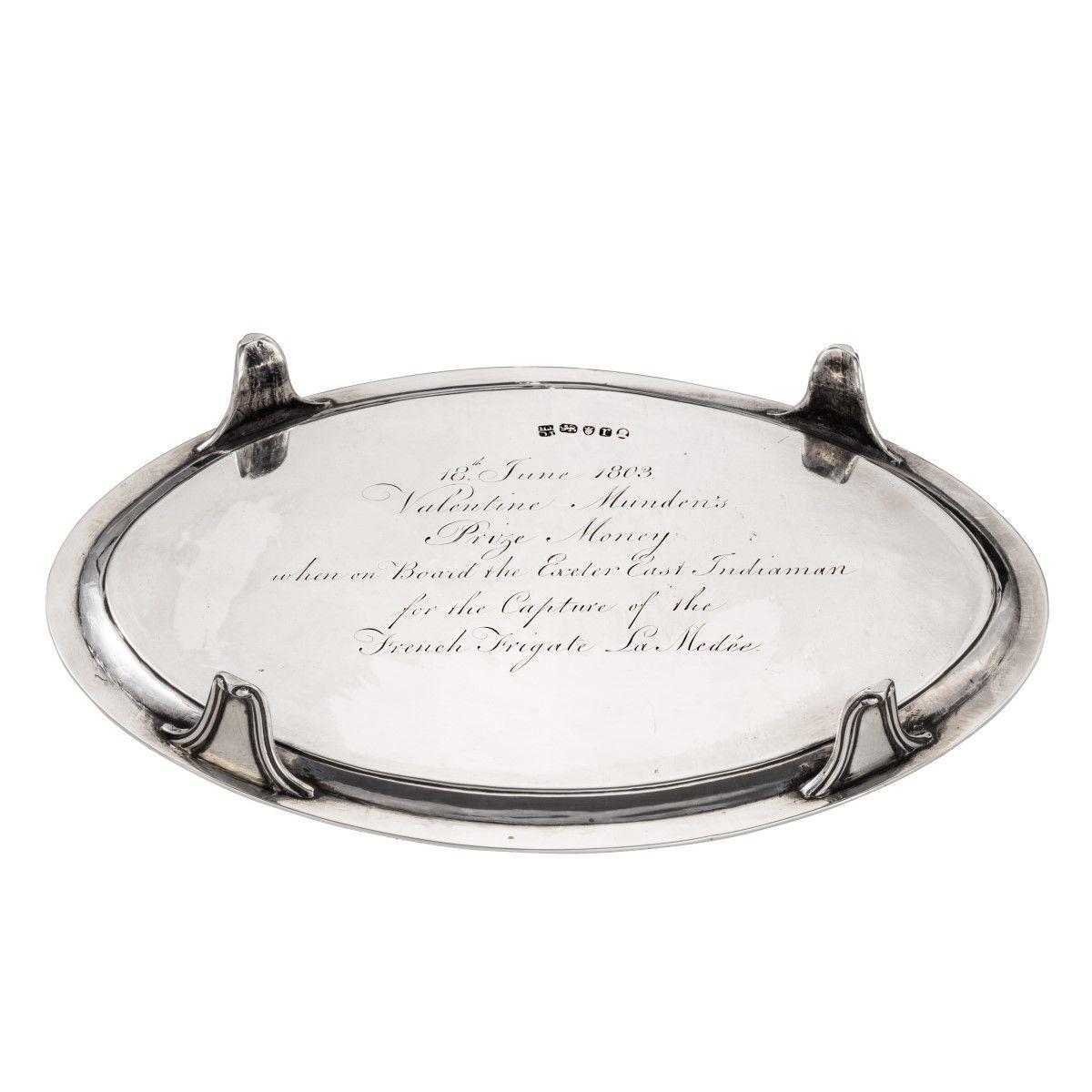 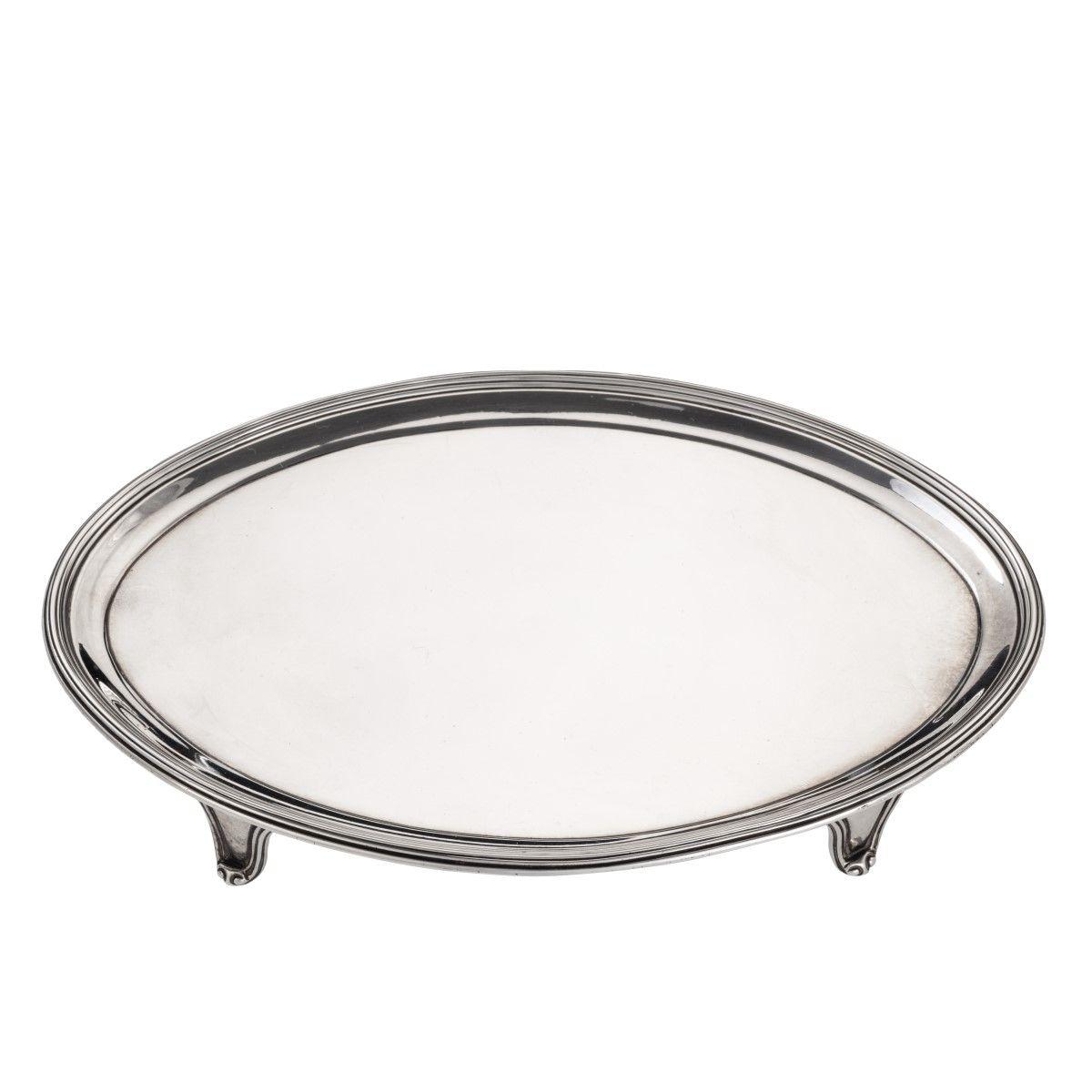 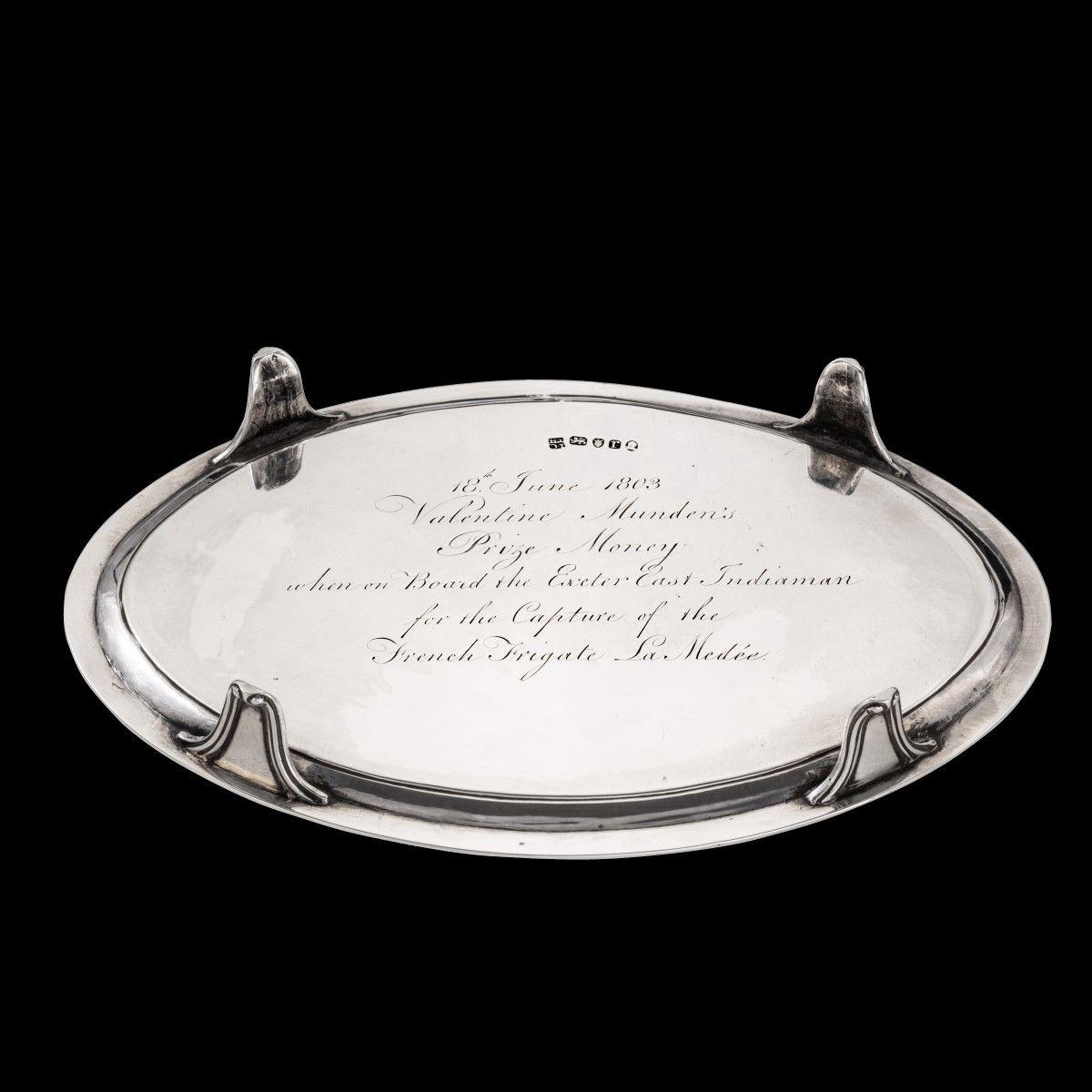 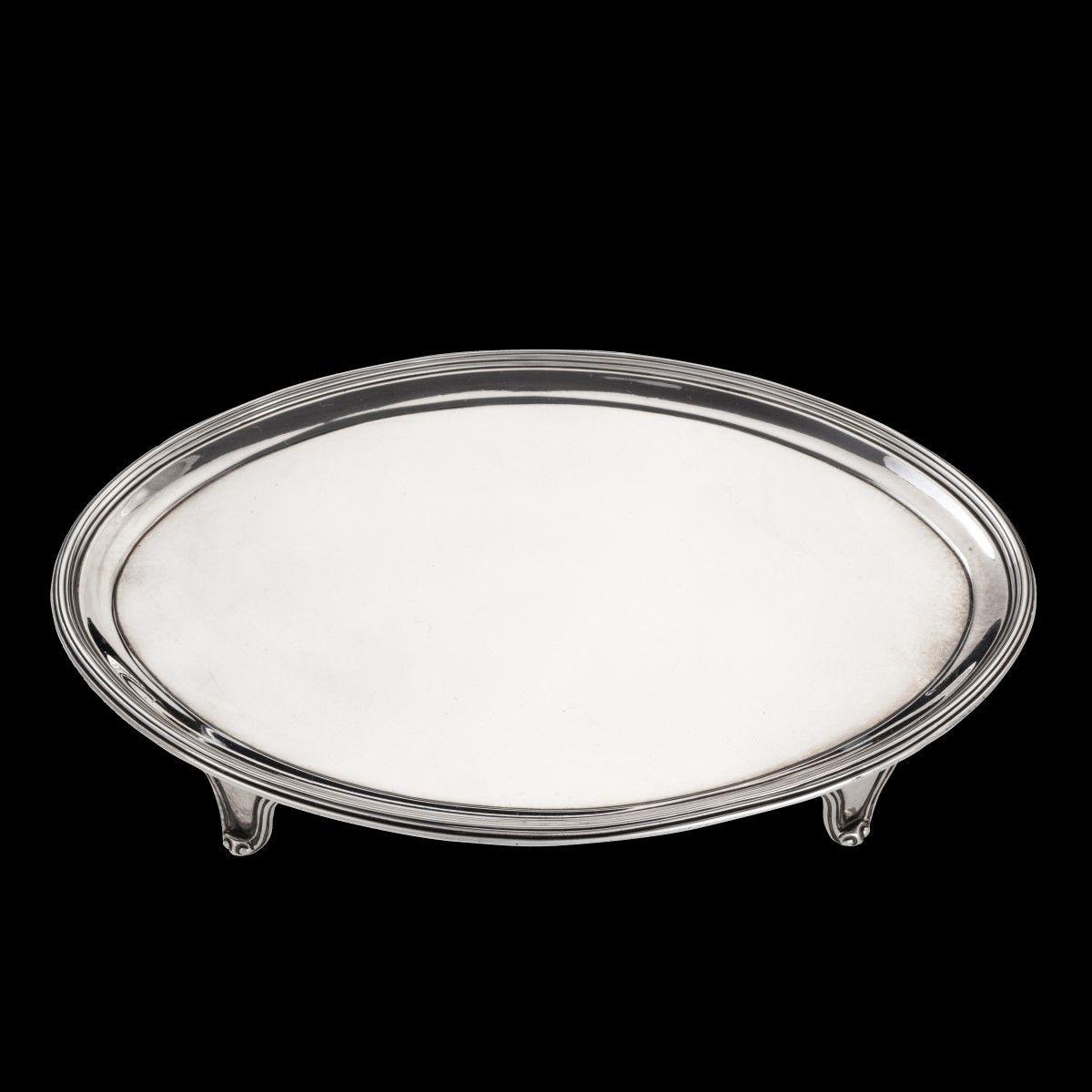 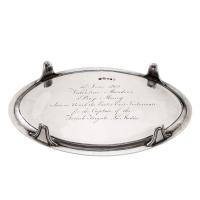 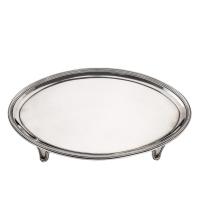 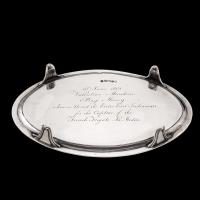 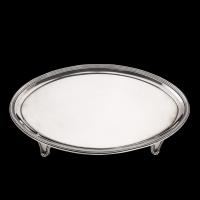 This small oval George III silver salver is raised on four scroll feet with a plain field and curvetto within a triple reed border.

The reverse is engraved ‘June 18th 1803 Valentine Munden’s Prize Money when on board the Exeter East Indiaman for the Capture of the French Frigate La Medée.’ Maker’s mark of John Crouch & Thomas Hannam, London 1792.

The naval action took place on the 4th of August 1800 off the coast of Brazil. On that morning, the Royal Navy escort, Belliqueux sighted a squadron of French frigates and, giving chase, captured the largest ship La Concorde whilst the East Indiamen, Exeter and Bombay Castle pursued and took the surrender of La Medée.

The Coutts and Neptune were unsuccessful in capturing a third frigate La Franchaise, but the action stands out as the only occasion during the Napoleonic Wars when a merchant vessel captured a French ship of war.

Unusually, the East Indiamen crews were included in the Admiralty’s distribution of prize and head money resulting from the action. In addition, the captains of Exeter and Bombay Castle received £50 swords from The Patriotic Fund.

Valentine Munden (circa 1789-1818) was the adopted son of the famed actor-comedian Joseph Munden. In addition to participating in the capture of La Medée, Munden was present at the Battle of Pulo Aura in 1804.

Rising to second officer in the East India Company service, Munden died after suffering a stroke at St Helena whilst steering in a storm.