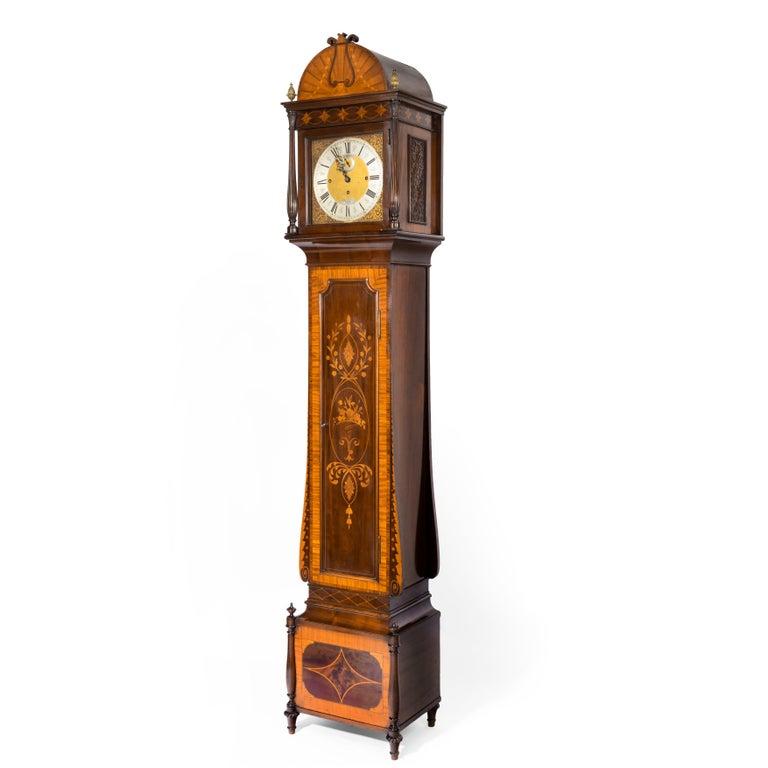 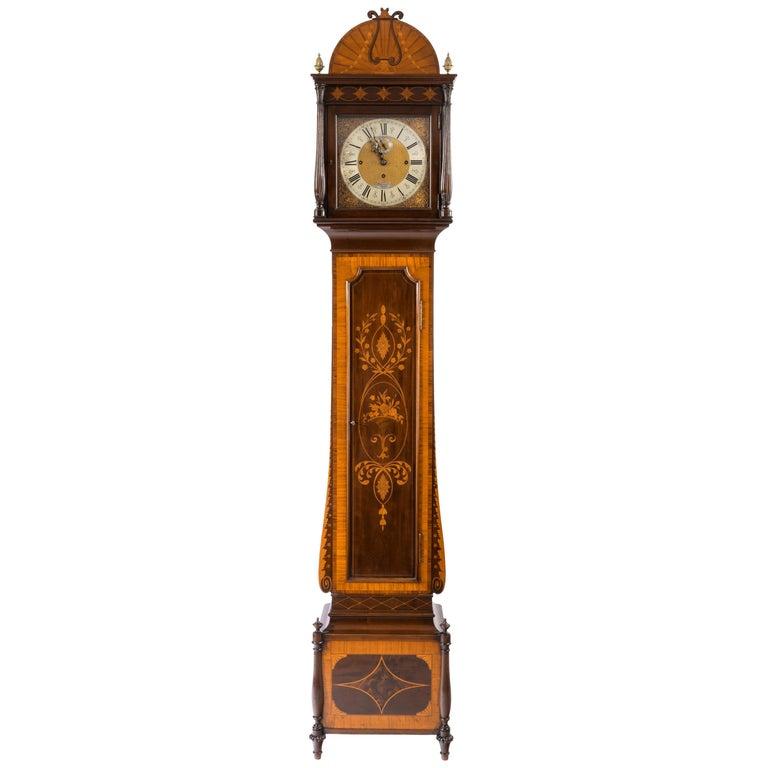 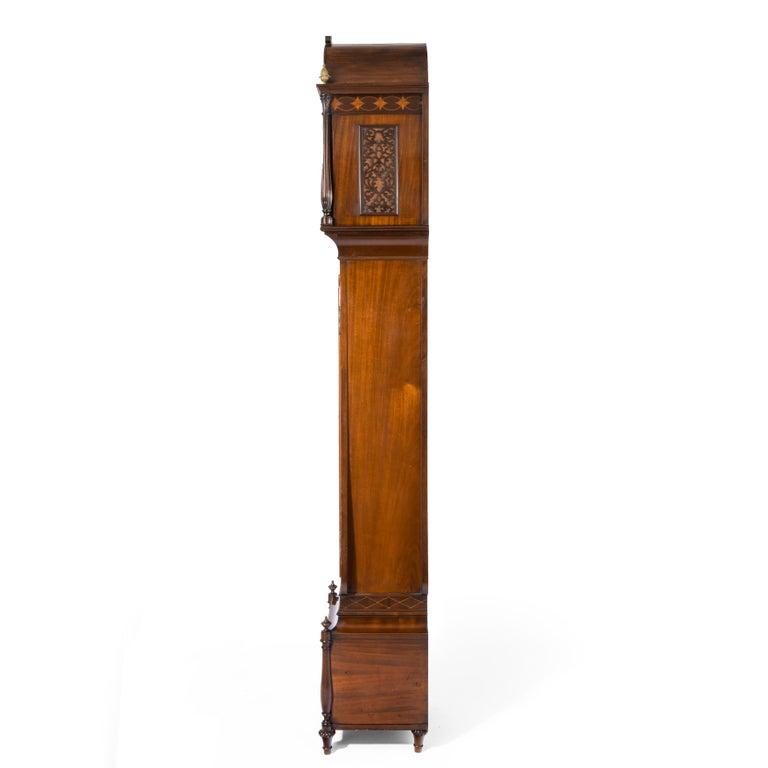 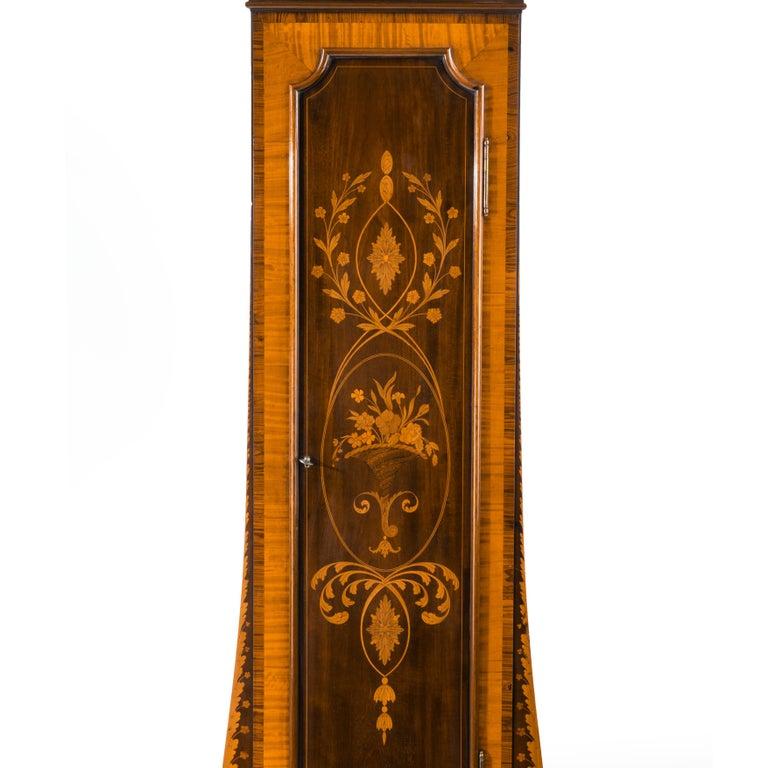 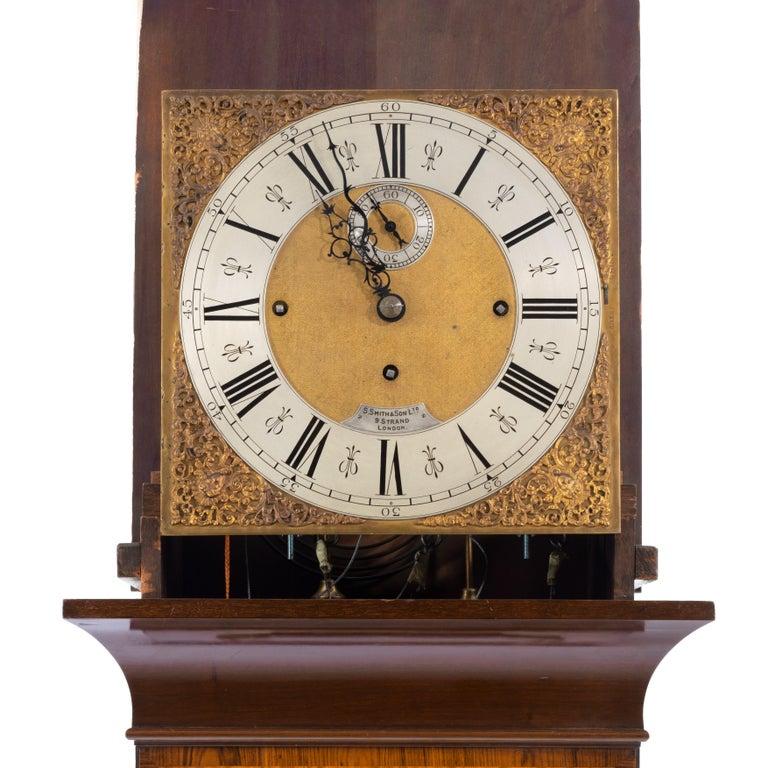 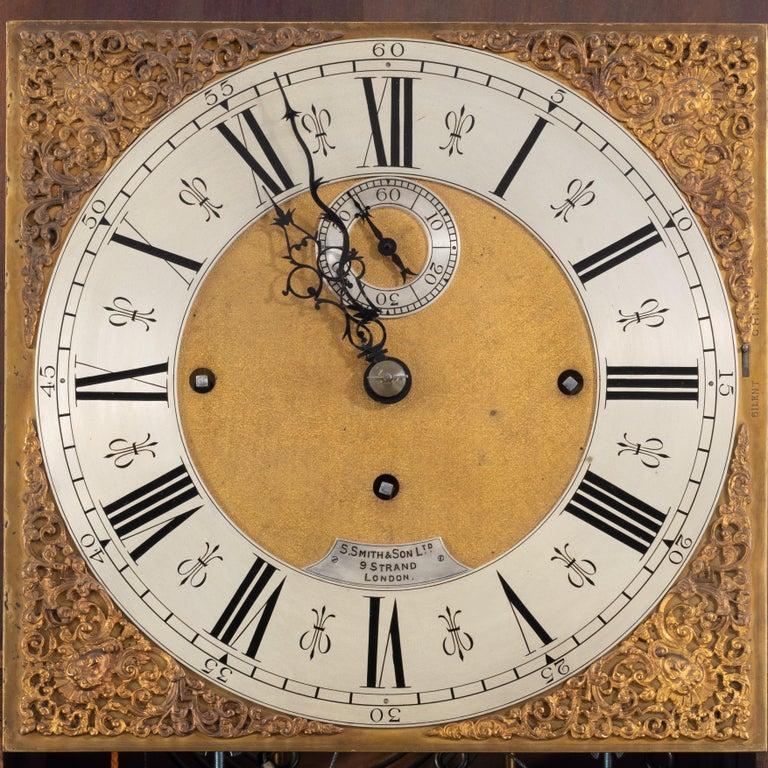 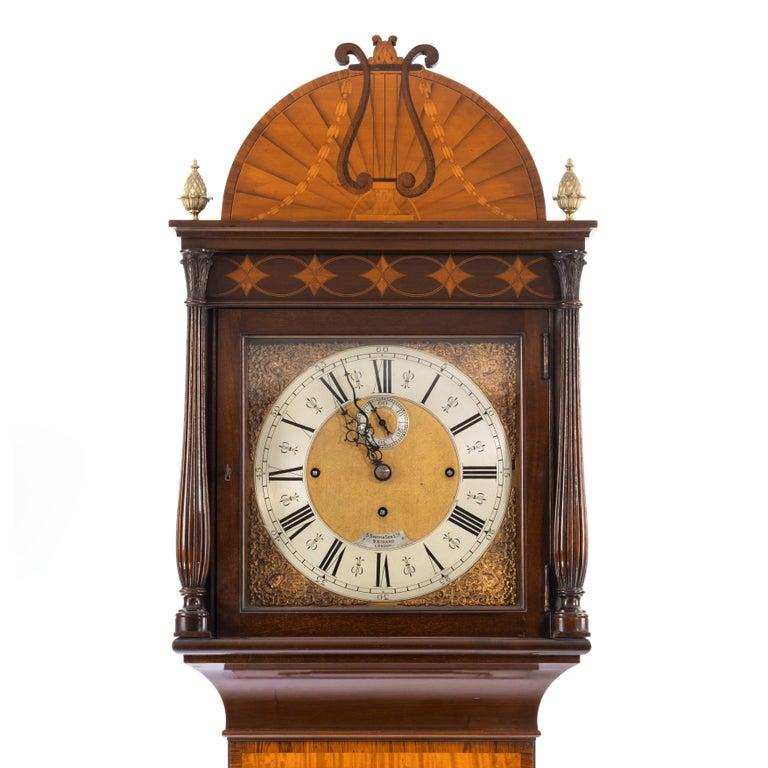 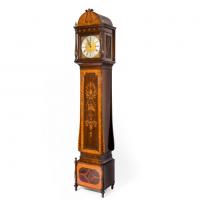 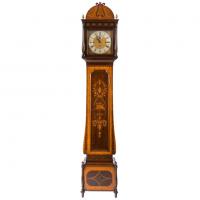 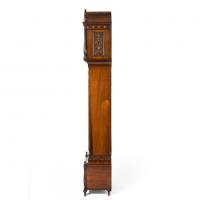 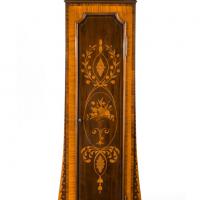 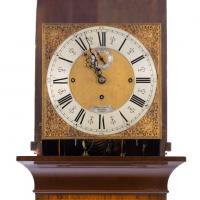 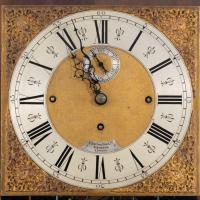 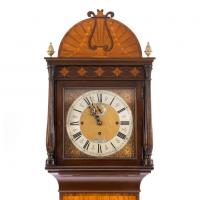 An unusual flame mahogany long-case clock attributed to Maples with a Smith & Sons 3-train movement, the case with a stepped base, the hood with two fluted columns and brass finials surmounted by a hemi-spherical crest decorated with a lyre against a sunburst, inlaid with satinwood floral cartouches, stringing and crossbanding, the movement and the face inscribed ‘S Smith & Son Ltd, 9 Strand, London’.

Footnote: Maples was founded by John Maple in 1841 in Tottenham Court Road and expanded quickly, thanks to the drive of both John and his son (also John), to have further workshops and points of sale in Paris, Buenos Aires and, later, Smyrna. Clientele included Queen Victoria, King Edward VII, members of the Royal Household, the King of Siam, and Nicholas, Tsar of Russia. Later, Maples would furnish the Royal yachts, the QE1, QE2 and the Queen Mary, as well as hotels in Nice, London, Paris and Siam.

S. Smith & Son was founded in 1851 by the jeweller and watchmaker Samuel Smith. In addition to the wide range of watches and clocks for private customers, Smith’s also built reliable chronometers which made the firm a supplier to the Admiralty. Later the firm evolved into a large manufacturing company that had its own research laboratories to develop the production of automobile and aircraft instruments.