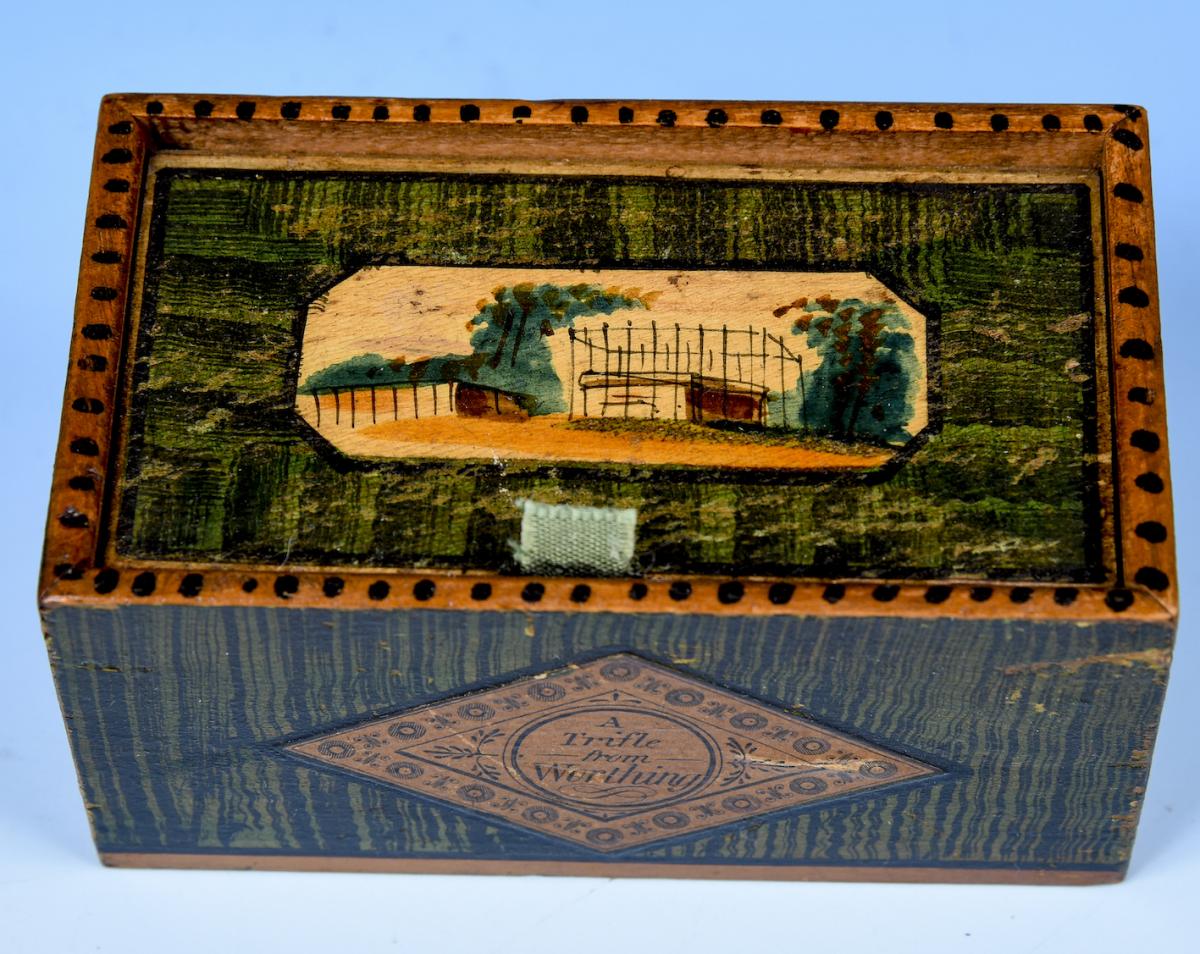 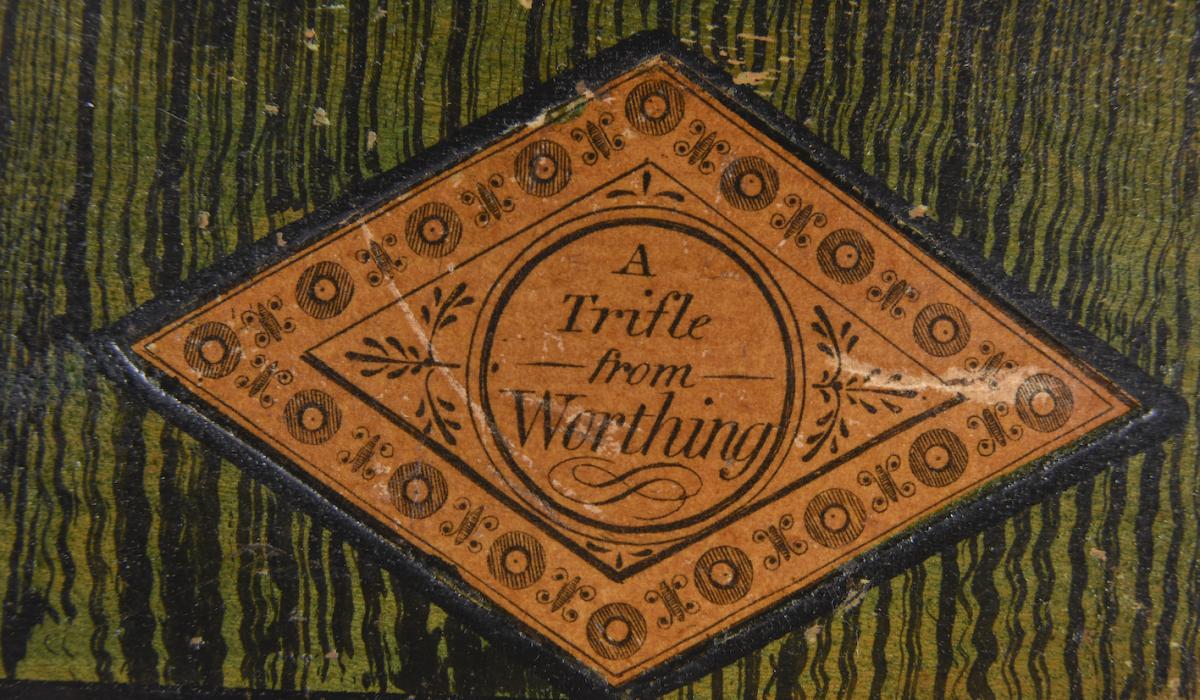 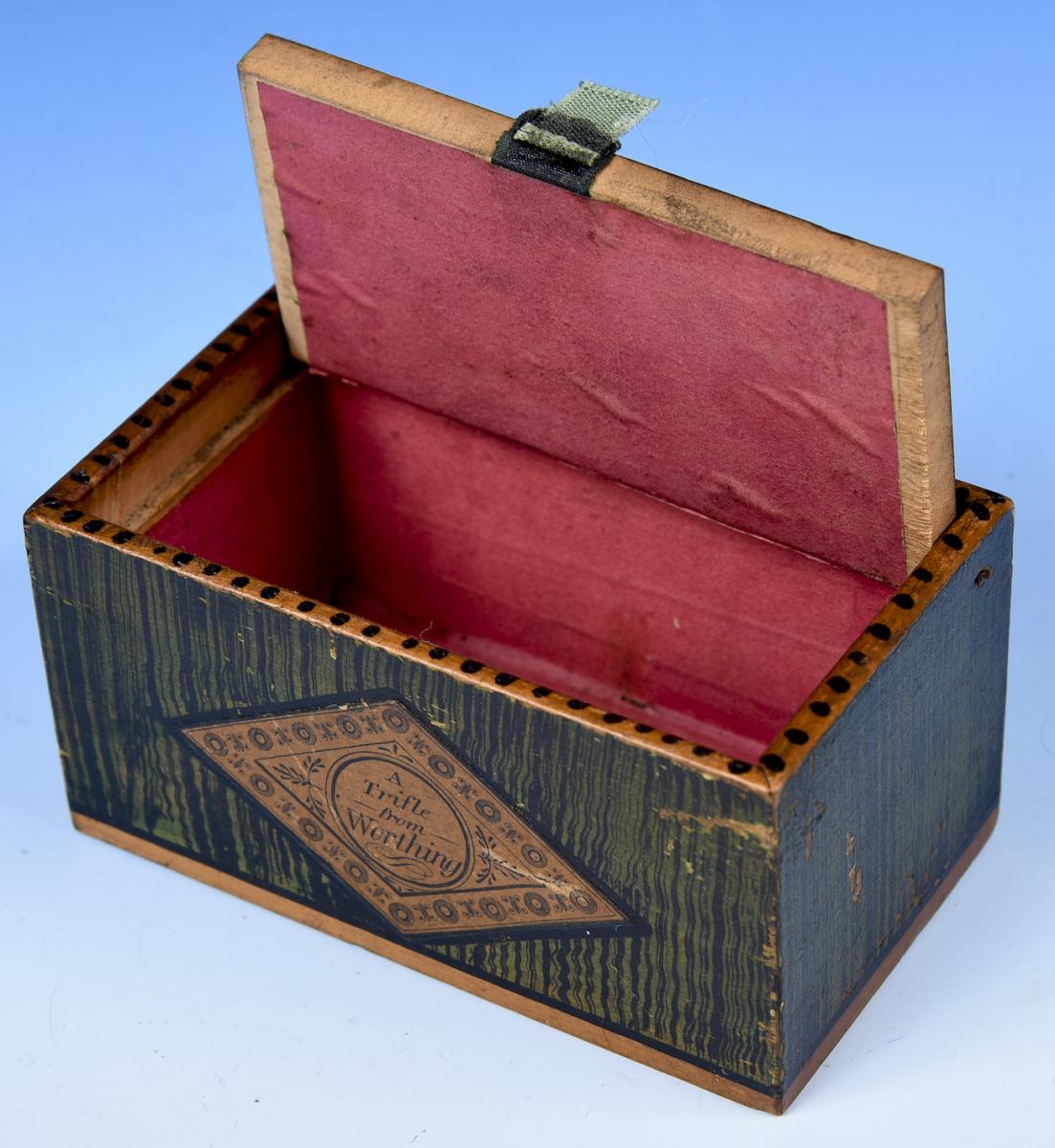 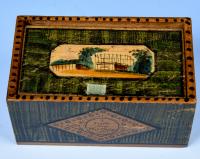 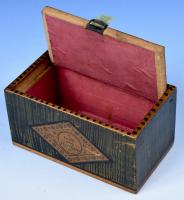 An unusual small Tunbridge Ware Whitewood box painted overall with a green ground and a small image of a tomb within railings on the lid. The frieze has a large diamond shaped label A Trifle from Worthing. The interior with original pink lining.

This tomb which still stands, is on Highdown Hill, Worthing, on National Trust land. Visitors can today walk to the site, as they did in the early 19th century - its popularity fuelled by the somewhat eccentric character buried there.

The tomb is that of John Olliver, who lived between 1709 and 1793. John's father was a miller on Highdown Hill and was succeeded by his son in 1750. It became the daily custom for John to walk up to the top of the hill to survey the scene from his favourite vantage point. Sometime around 1765 John obtained permission from the landowner to build a brick and stone tomb at this point, a short distance from his cottage, lower down the hill. He also made himself a wooden coffin on casters, which he kept underneath his bed!

John's somewhat unusual behaviour has led to much speculation. Was he a crazy eccentric, a devout believer, or a crafty smuggler, who used both his coffin and tomb to store his contraband, on the premise that no one in their right mind would search a coffin? Some thirty years after the tomb's construction, it finally received its intended occupant. 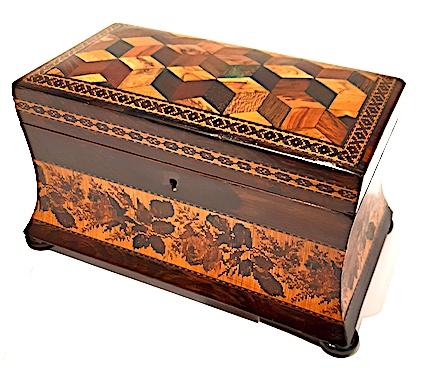 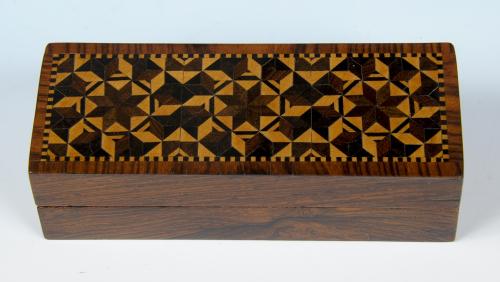