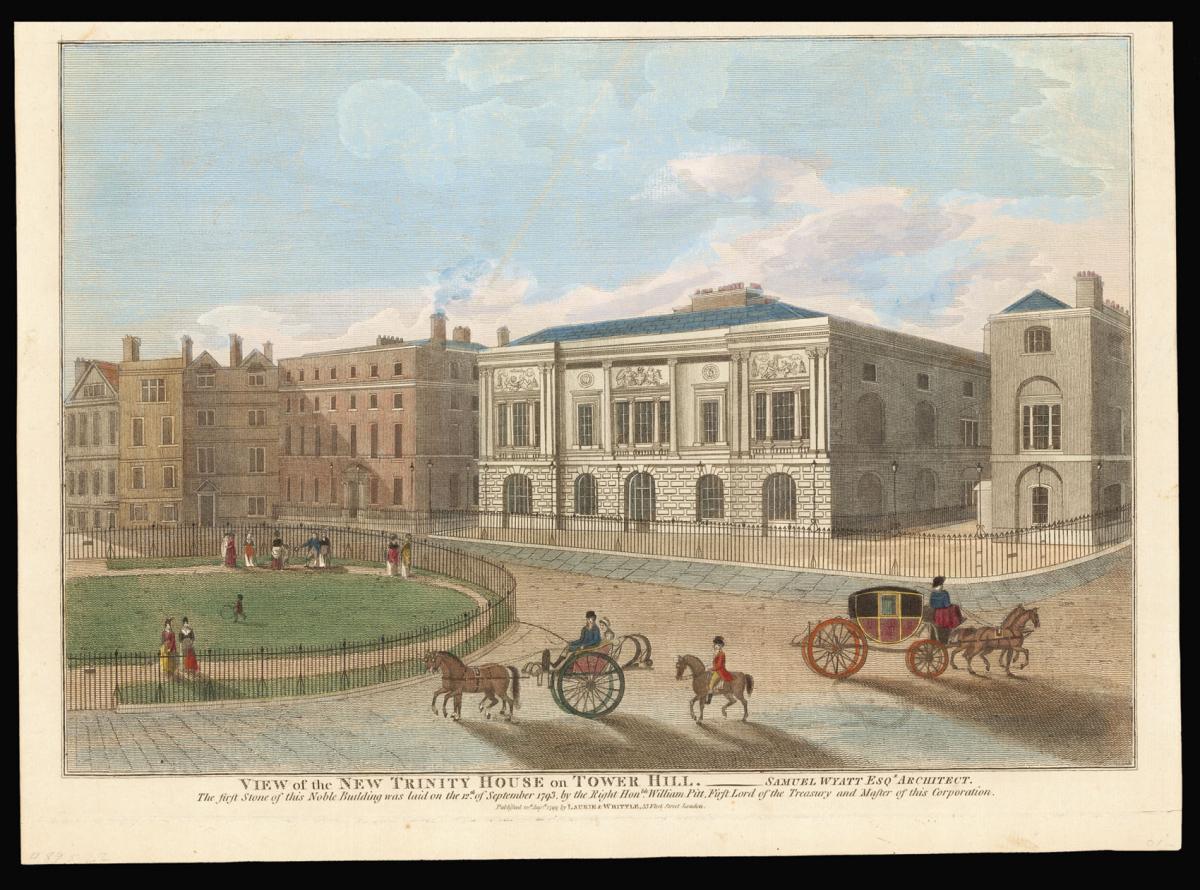 View of the New Trinity House on Tower Hill. Samuel Wyatt Esqr. Architect. The first Stone of this Noble Building was laid on the 12th of September 1793, by the Right Honble. William Pitt, First Lord of the Treasury and Master of this Corporation.

Trinity House was founded as a pilotage authority and maritime charity. In 1793 their London headquarters was in need of repair, and a new site was selected in Tower Hill. A new headquarters, designed by Samuel Wyatt, was completed by 1796. The trust continues to act as the General Lighthouse Authority for England and Wales to this day.

The print is dedicated to William Pitt the Younger, who at the time was Master of Trinity House, and had laid the foundation stone of the new building.