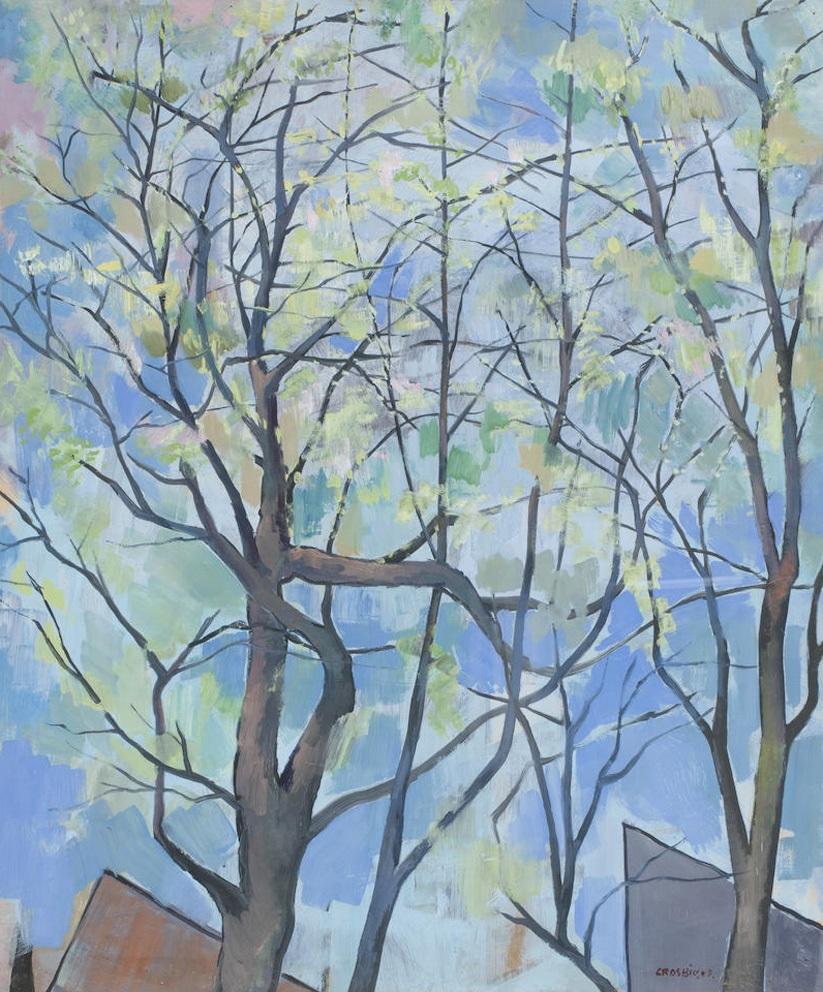 Born in China in 1915, Crosbie and his family did not return to Glasgow until 1926. He attended the Glasgow Academy and then the Glasgow School of Art where he graduated in 1935.

He was awarded the Haldane Travelling Scholarship and left for Paris, where he studied in the studios of Leger and Maillol. Paris was to provide the stimulus for much of his work at least a decade after his return to Scotland.

By the outbreak of war Crosbie was re-established in his studio in Glasgow, which became a meeting place for amongst others, Christopher Grieve (H.MacDiarmid), Duncan Macrae, O.H.Mavor (James Bridie) and Tom Honeyman.

From the 1940's onwards Crosbie undertook many commissions for murals in public buildings, churches and for large national exhibitions such as the Festival of Britain. His painting developed over the years from surrealist odysseys to landscape and later 'intimate' still lifes of the dining room and kitchen.