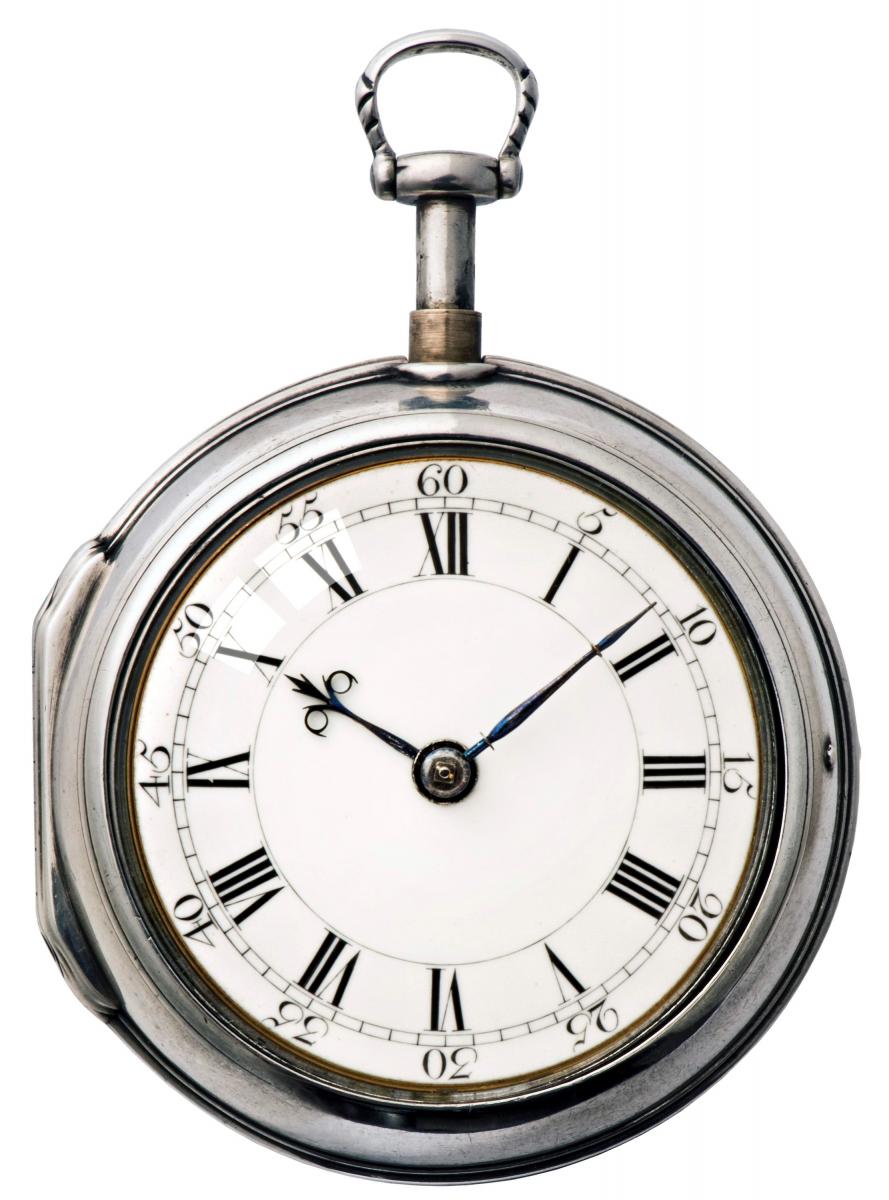 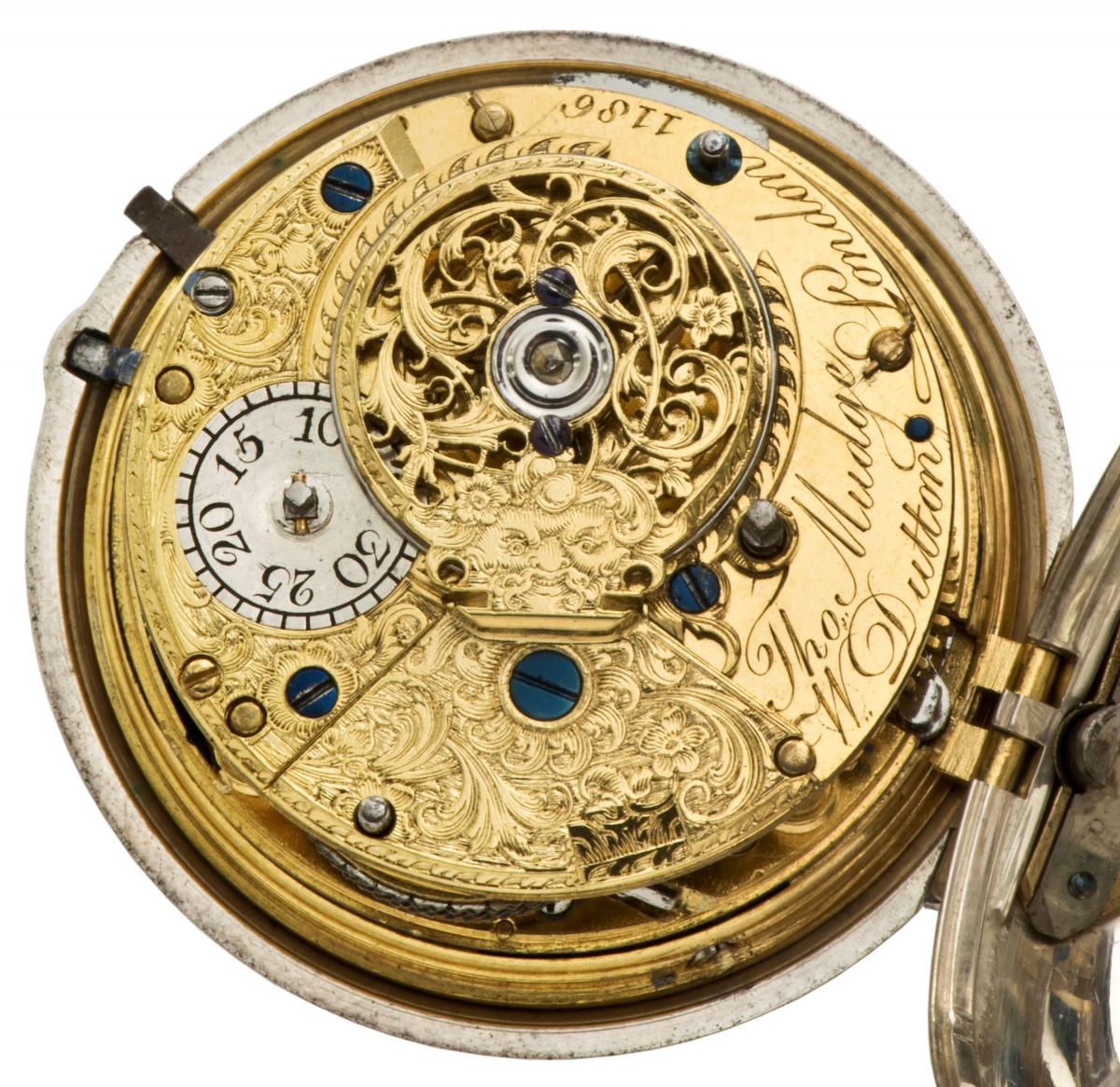 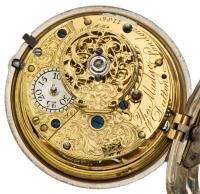 Plain silver pair-cases with red silk liner, the inner carrying the casemaker’s stamp PM (Peter Mounier), the outer ITP (John Terill Pain), both cases hallmarked 1779, the outer lightly engraved with an oval containing a monogram under a crest featuring what could be a stork.

The gilt brass fusee movement signed Tho. Mudge W. Dutton London No. 1186. Graham’s form of cylinder (dead-beat) escapement, the brass escape wheel with 13 teeth, the steel cylinder and its distinctive copper plug looking to be original and retaining the Graham-type banking. Steel balance, spiral balance-spring with Tompion-type adjustment with graduated silver disc. The gilt cap signed, the inside of the cap being lightly scratched with the serial number.

51 mm diameter of outer case, not including the plunge pendant.

This repeating watch is most unusual having been finished as a dumb repeater only, the two hammers striking on steel blocks mounted inside the inner. Interestingly, the movement still has the pulse-piece fitted and showing on the inner, although this had not been connected to any spring on the outer that would allow it to be used – presumably because it was not needed. Being dumb, the cases also had no need to be pierced, thus allowing much better protection from dust and dirt, a feature not normally associated with repeater cases.

John Terill Pain, Dean St, Fetter Lane, the casemaker who appears to have continued the business of Peter Mounier, of which this is one of two pair-cased watches by Mudge & Dutton known to share their stamps.

No other surviving repeater by Mudge & Dutton is cased this way.

This watch is one of the highlights from Tobias Birch's exhibition of work by Thomas Mudge & William Dutton, open March 20-26 at BADA 2019, for more information click here