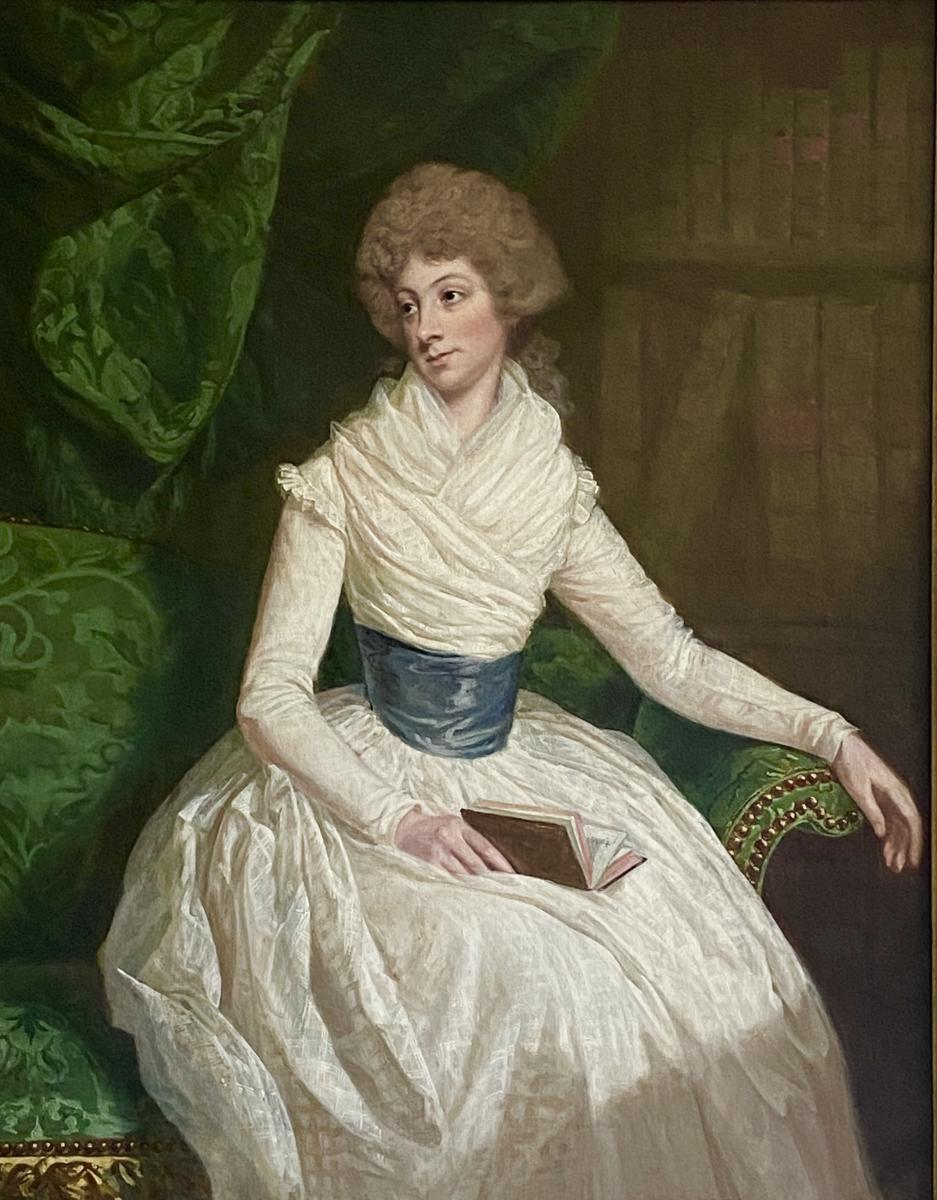 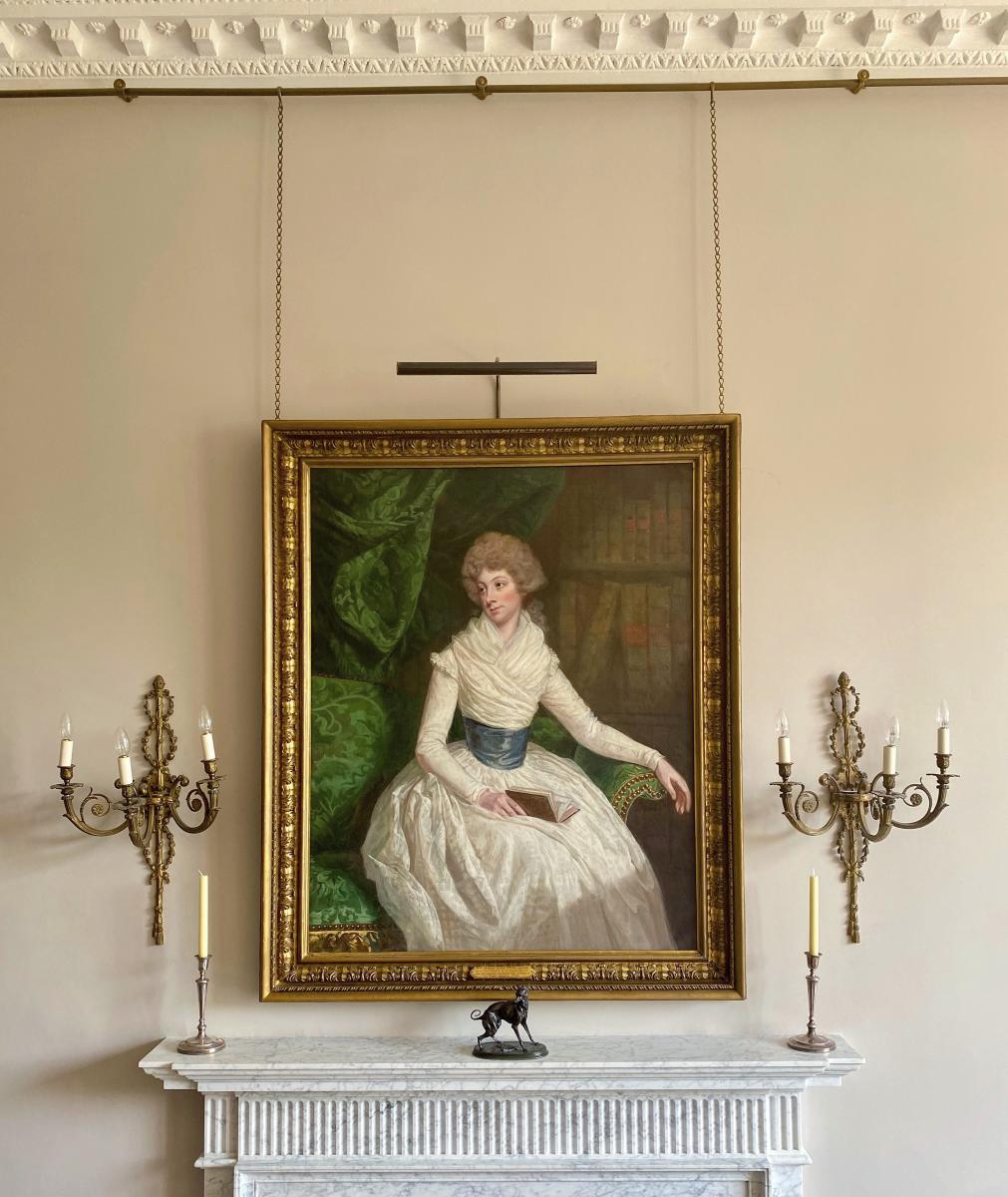 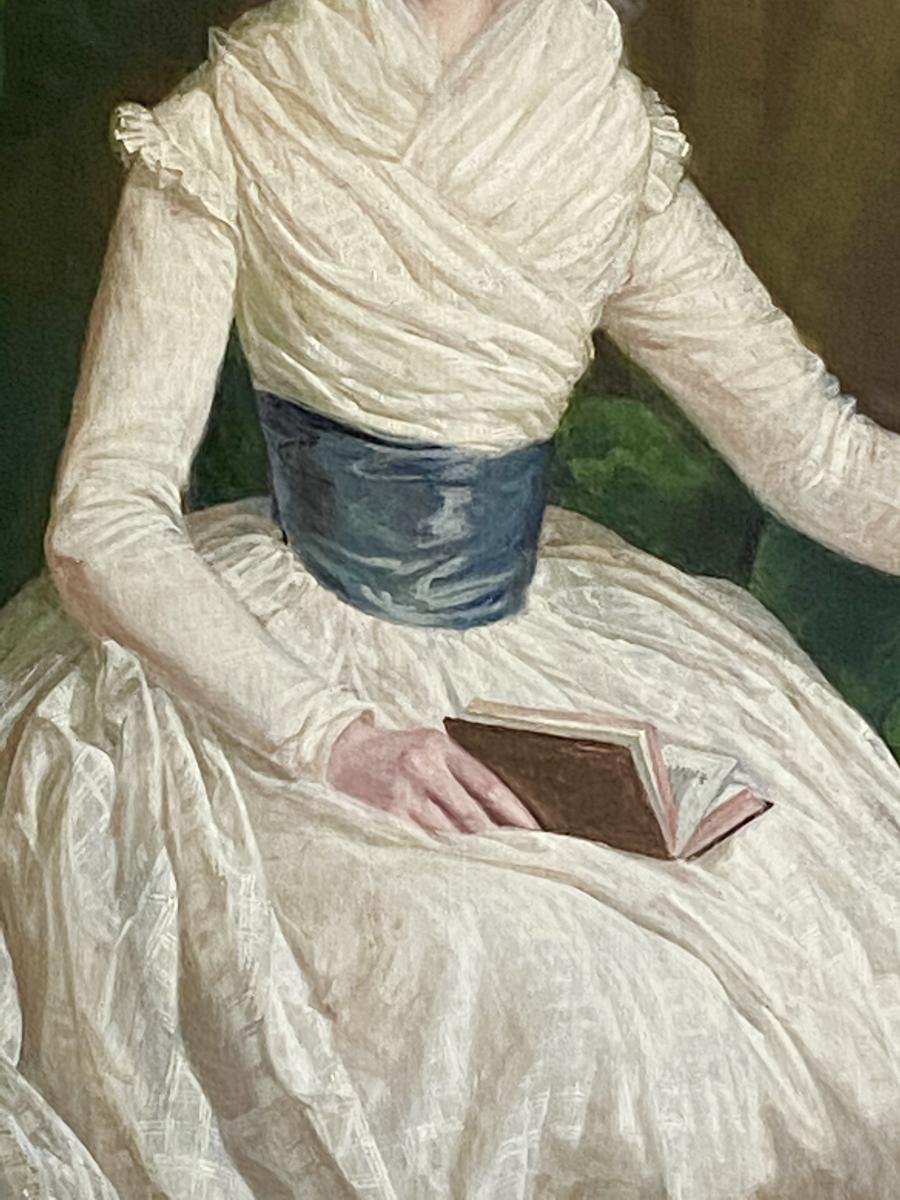 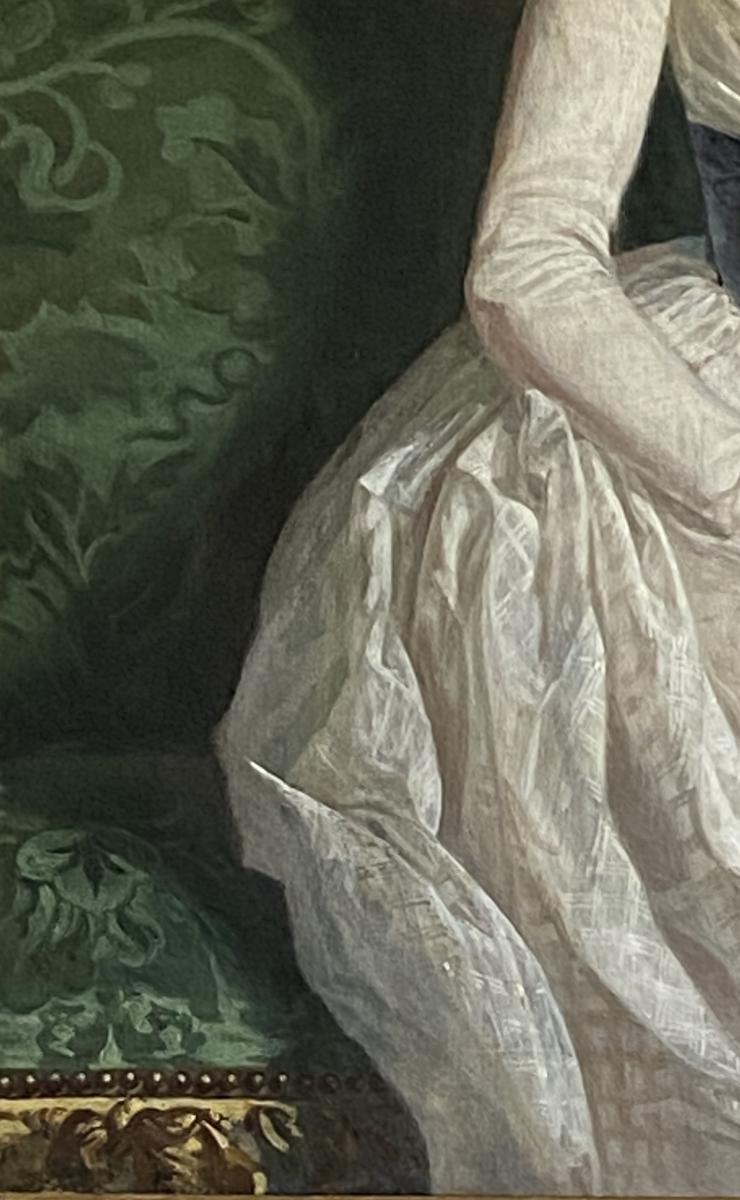 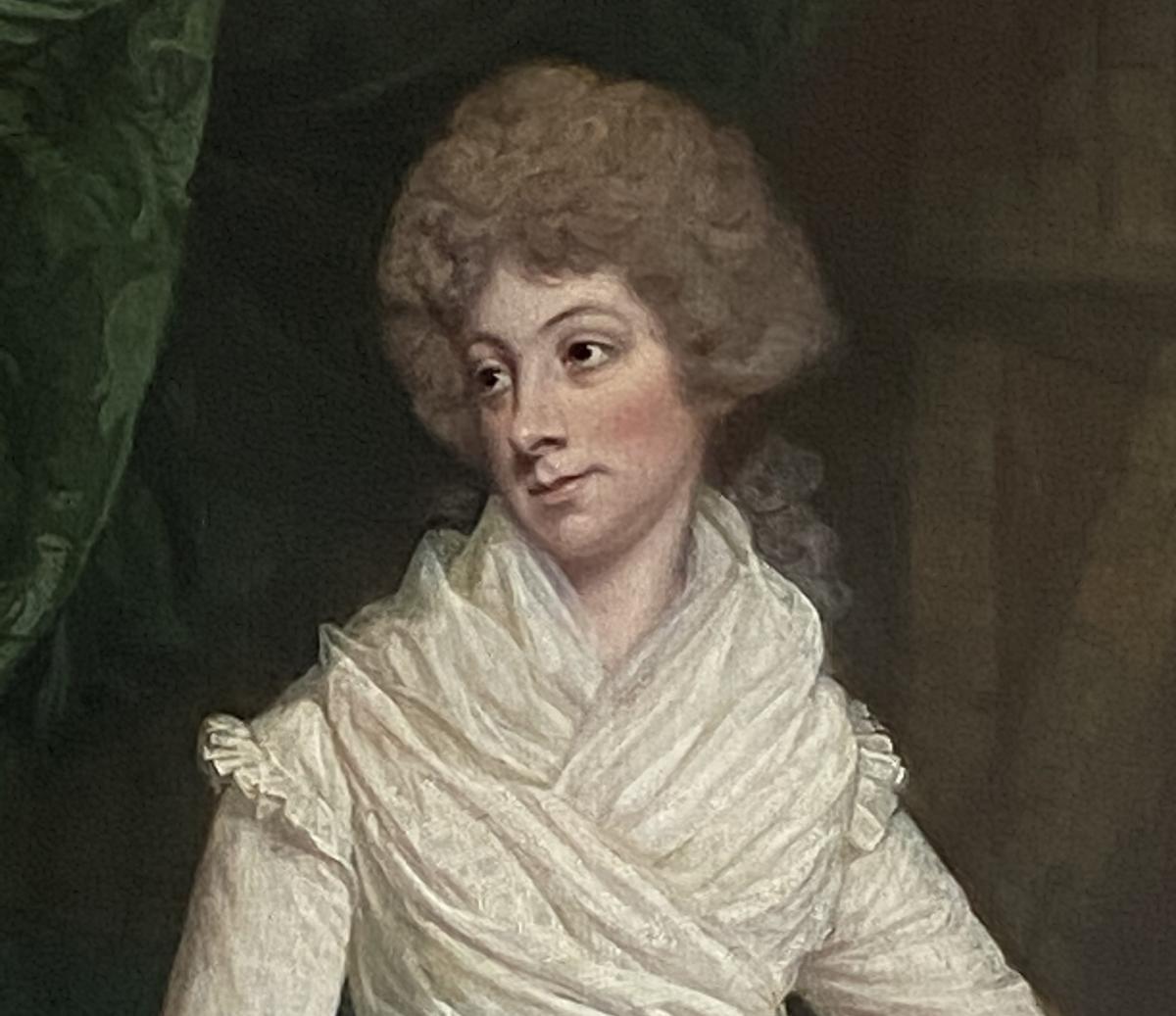 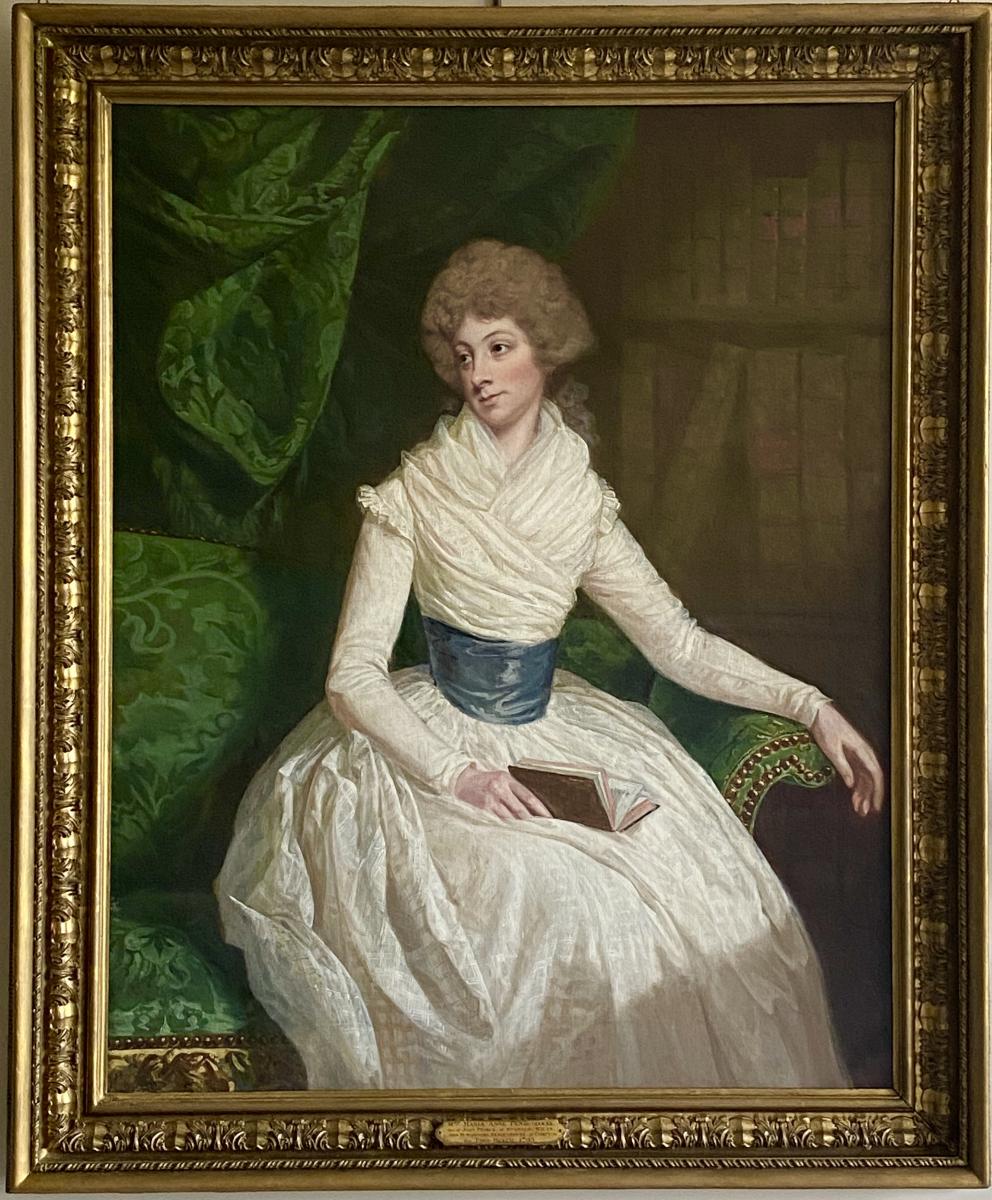 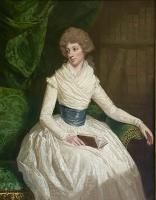 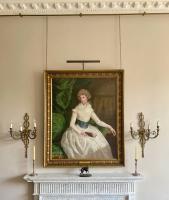 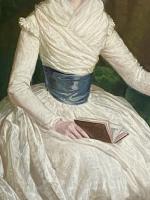 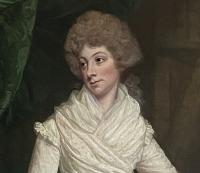 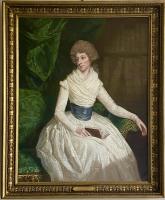 Oil on canvas in a period giltwood frame.

Maria Penruddocke was the wife of John Hungerford Penruddocke of Compton Chamberlayne and was the daughter of John Pearce of Standen in Wiltshire. The library setting of this portrait is likely to be a room in their family country seat, Compton Park House.

Provenance:
By descent in the family of the sitter to Captain G.W Penruddocke of Compton Park House in Salisbury, Wiltshire;
His sale, London, Robinson and Fisher, 13 November 1930, lot 12 to art dealers Pawsey and Payne.

Thomas Beach RA (Milton Abbas, Dorset 1738-1806 Dorchester) was a British portrait artist who studied under Joshua Reynolds. He moved to Bath where he established a very successful portrait business. He exhibited at the Royal Academy in London every year from 1785 until 1790 and again in 1797 when he had moved  to Kew, London. He painted several portraits of the famous Mrs Siddons, the greatest tragic actress of the time, one of which depicts her also holding a book in her lap which is reminiscent of this