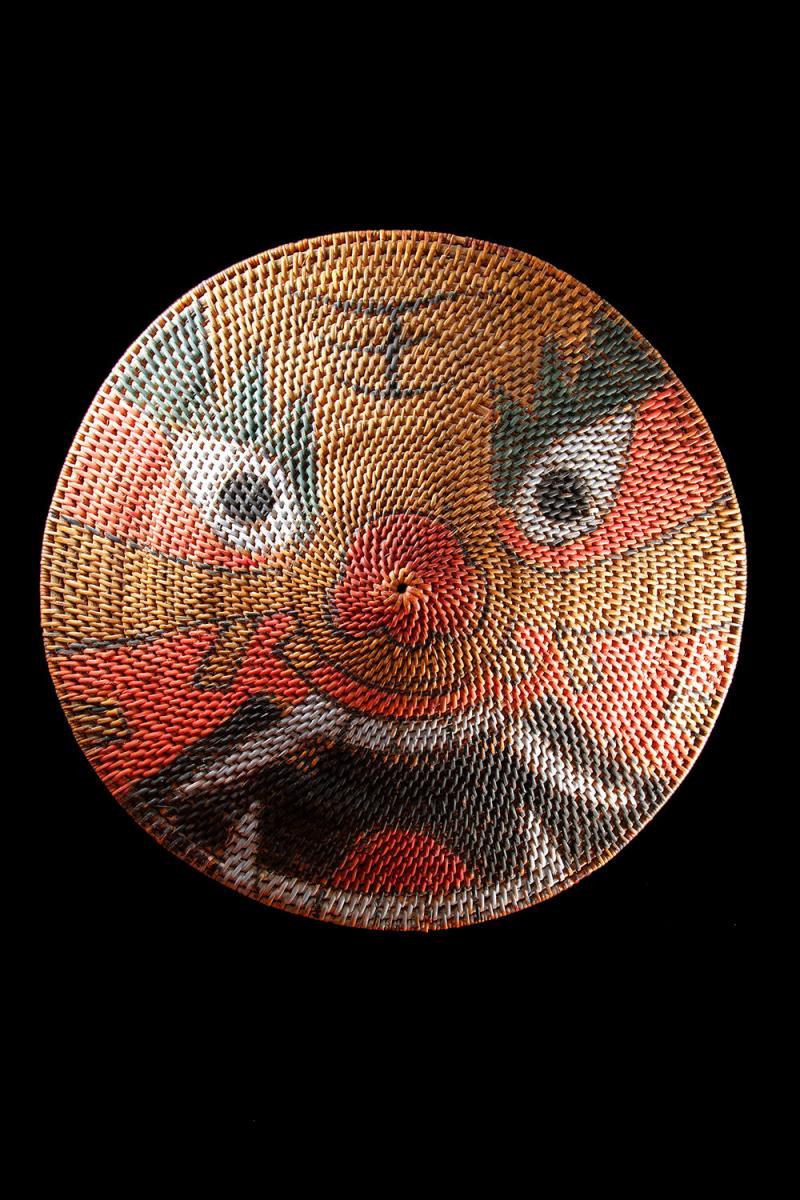 A striking Chinese artifact of the Qing Dynasty, this iconic and rare tengpai, or 藤牌 (rattan shield), would have been carried into battle by ‘Tigermen’—soldiers who were often colourfully dressed in a striped uniform to match their name. [1]

Of a broad, conical shape, the shield is made from a long coil of rattan, each row bound to its neighbours with fine, thin, tightly wrapped rattan strips.  The surface is brilliantly painted, and the colourful tiger’s face has been designed to roar fiercely at the enemy.  The bright red stripes, the black eyebrows and mouth, the whites of the eyes and teeth—all provide a vivid contrast to the brown wicker face.  Heath[2] suggests that this tiger could in fact be an ogre, a dragon, or another hideous monster, stylistically rendered as a tiger to frighten the enemy more effectively.  The forehead is marked with the Chinese wang character (王) because the markings on a real tiger’s forehead are a very close imitation of it.  Meaning king in English, it is a common feature of these items.

A similar shield is in the Qing court collection at the Palace Museum, Beijing, China.[3]

[3] Beijing, Armaments and Military Provisions: The Complete Collection of Treasures of the Palace Museum, 2008, p.264, no.286. 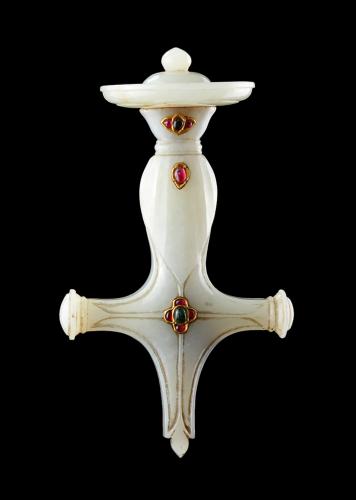 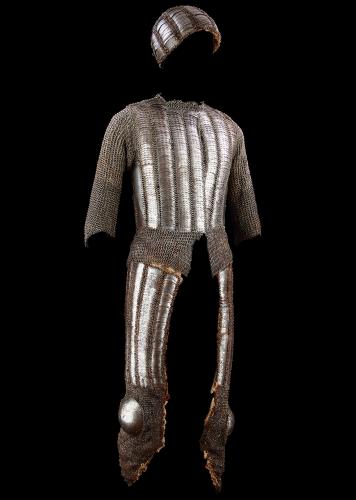 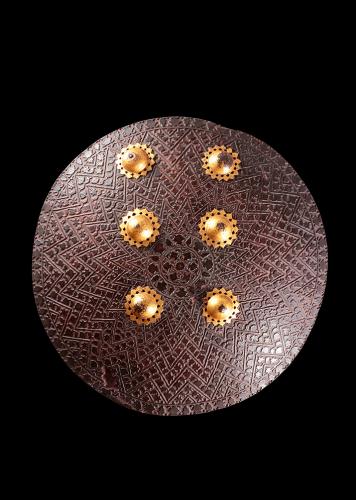