‘Tall Bulb Vase” Silvered Glass by the Alvin Corporation - circa 1920 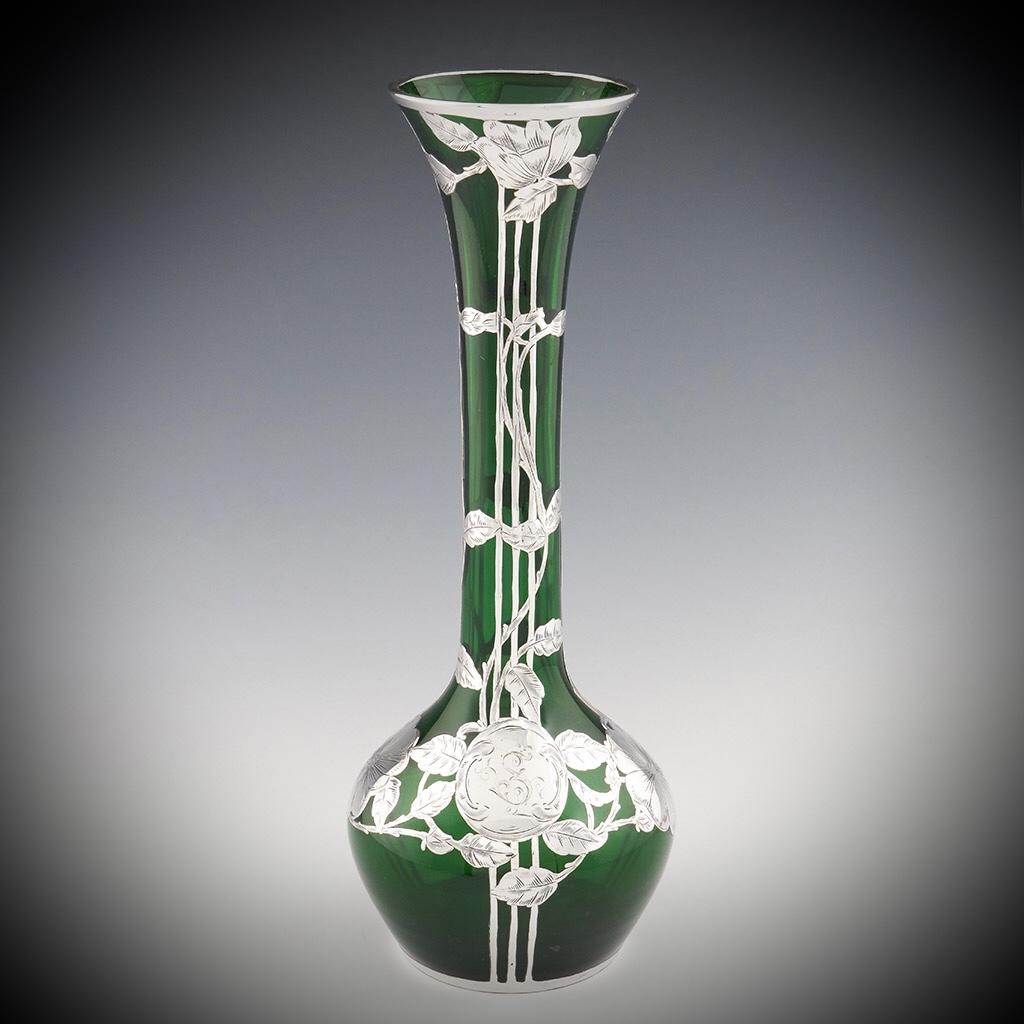 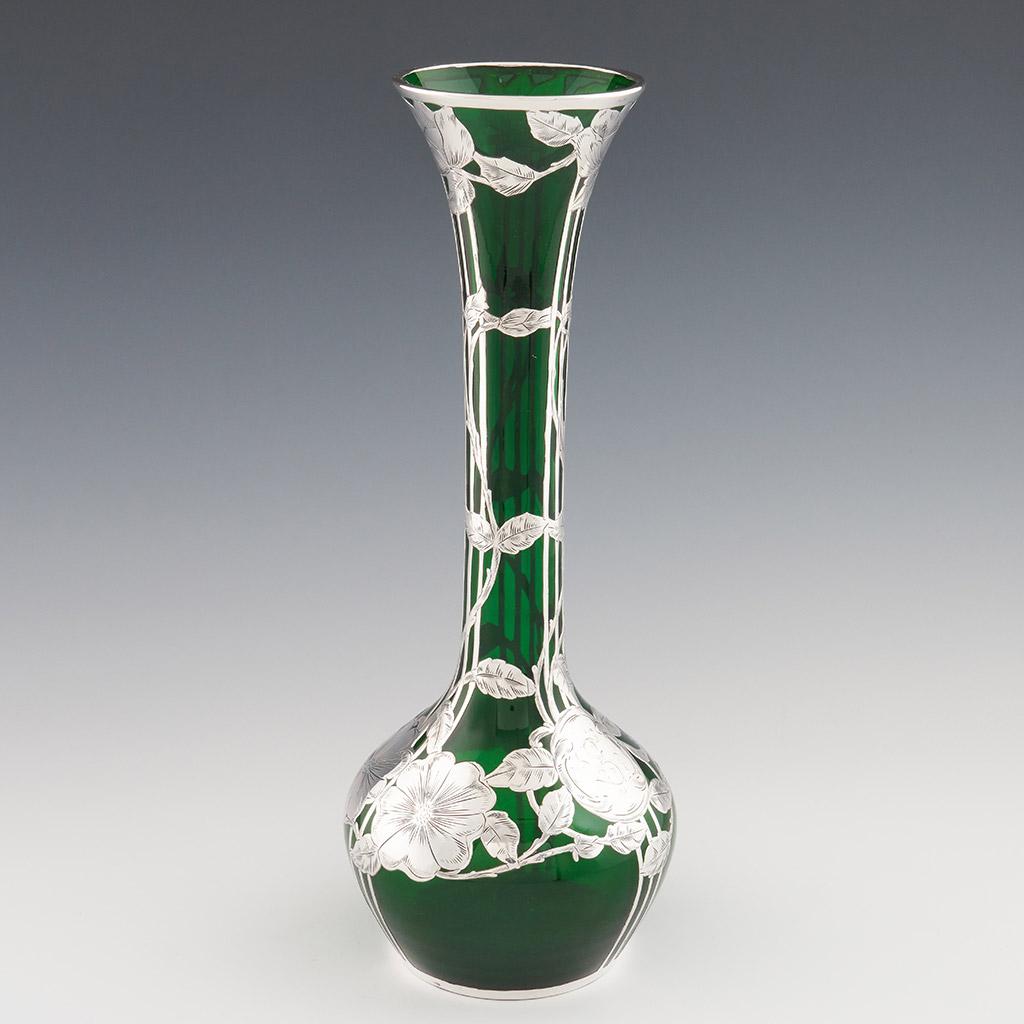 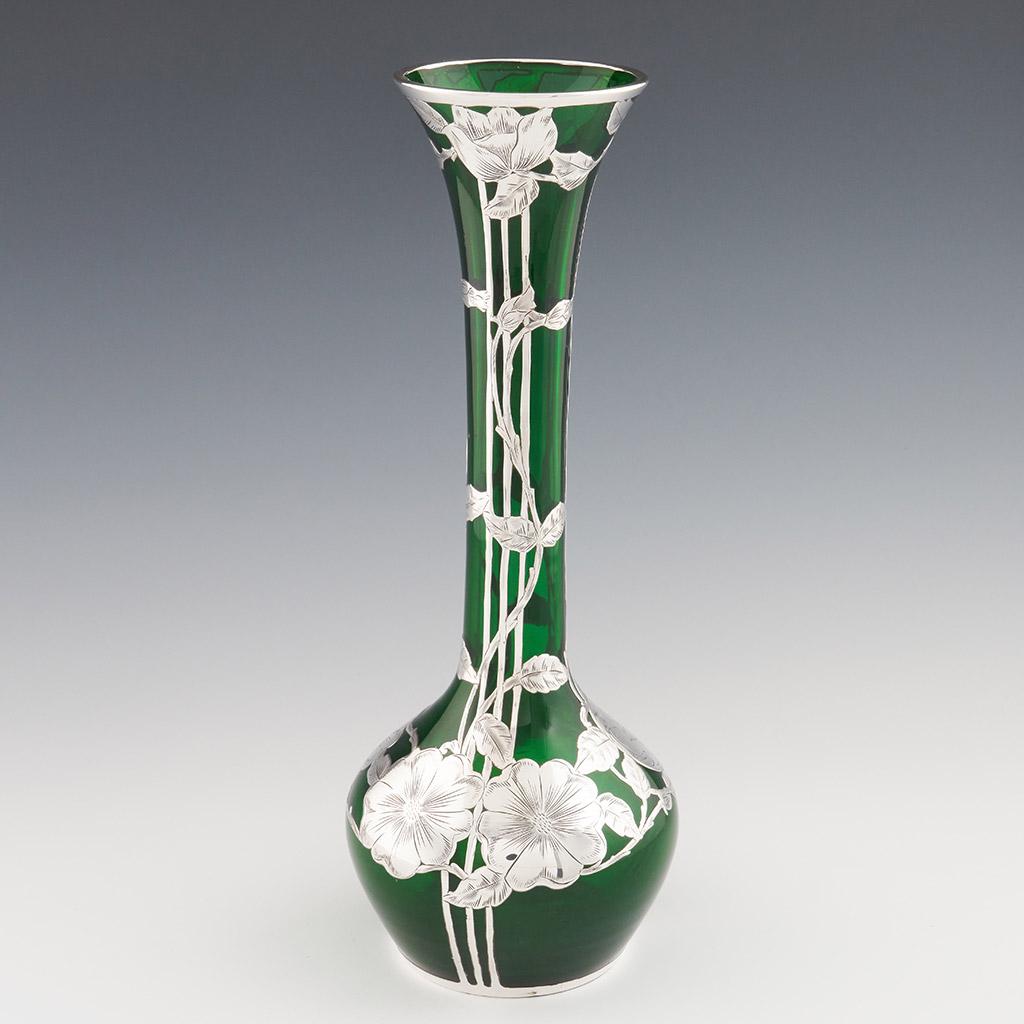 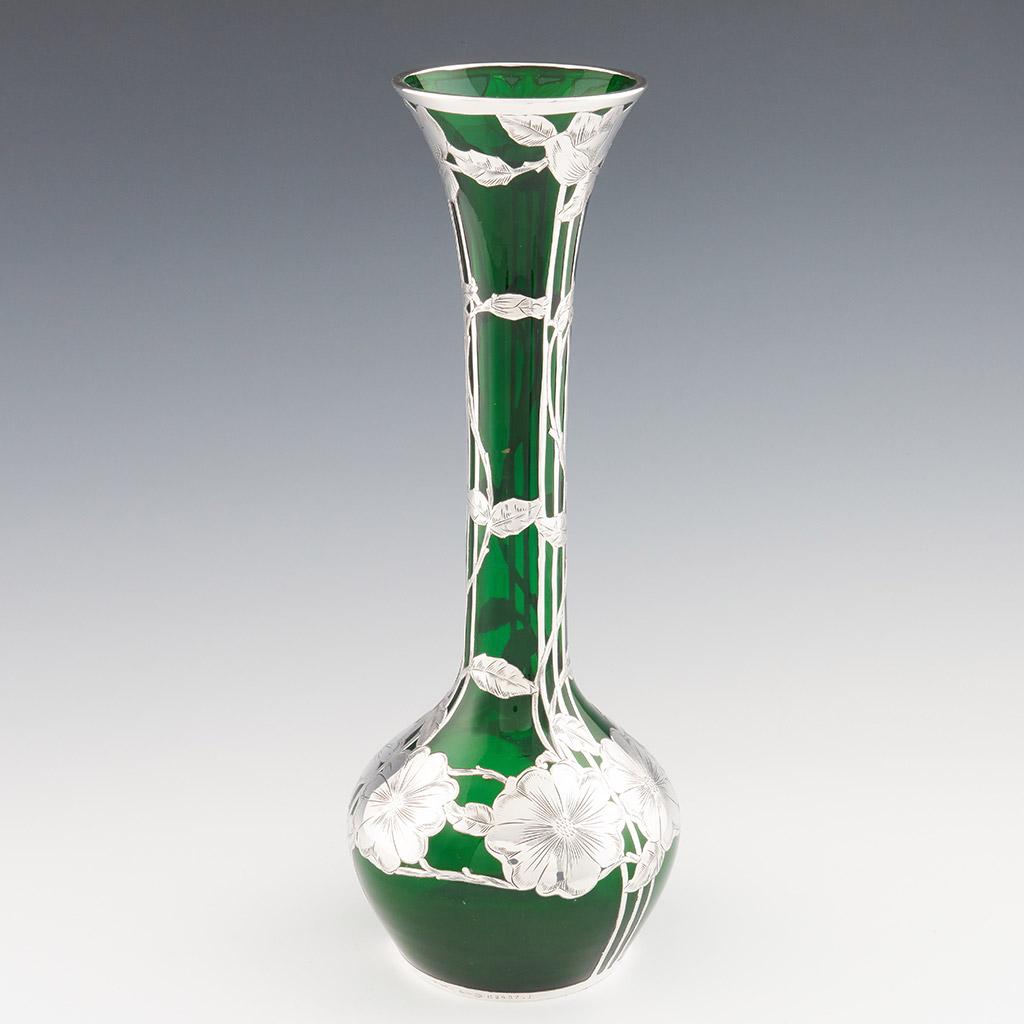 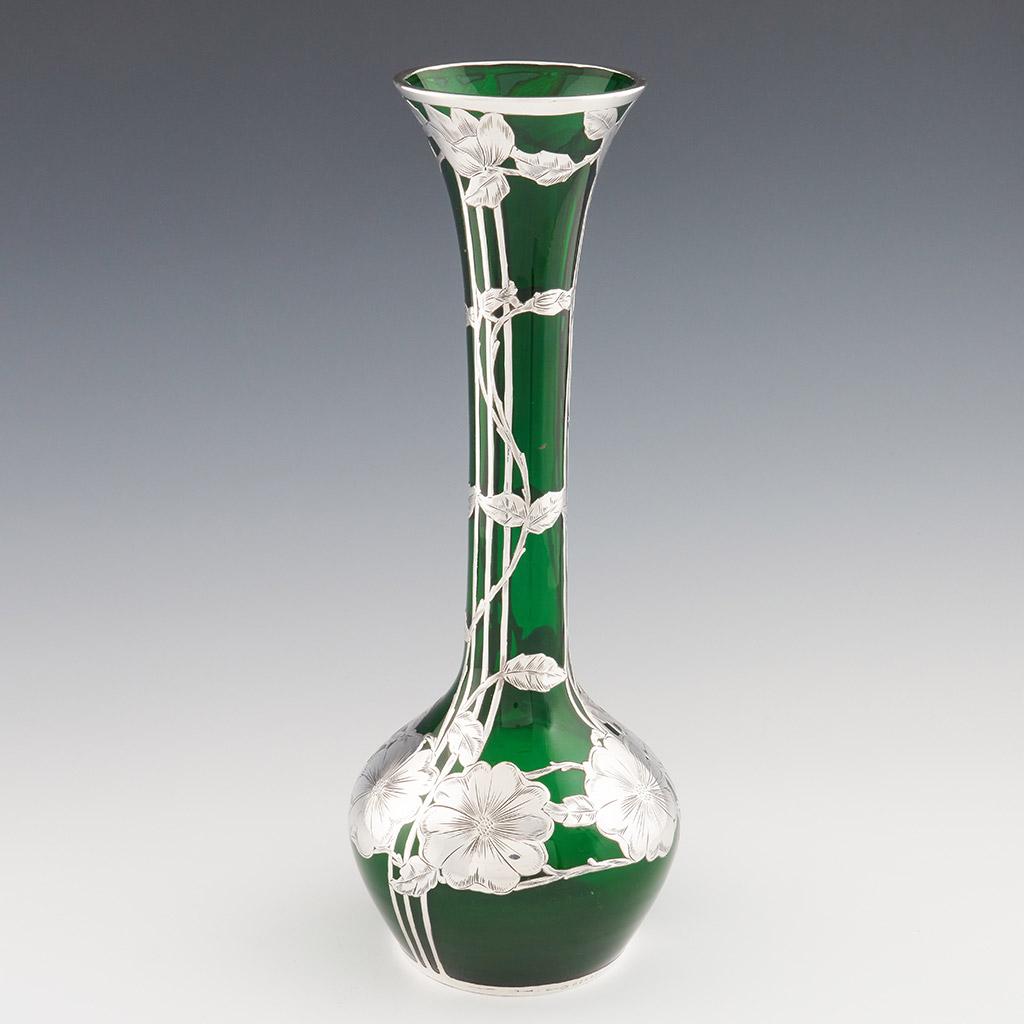 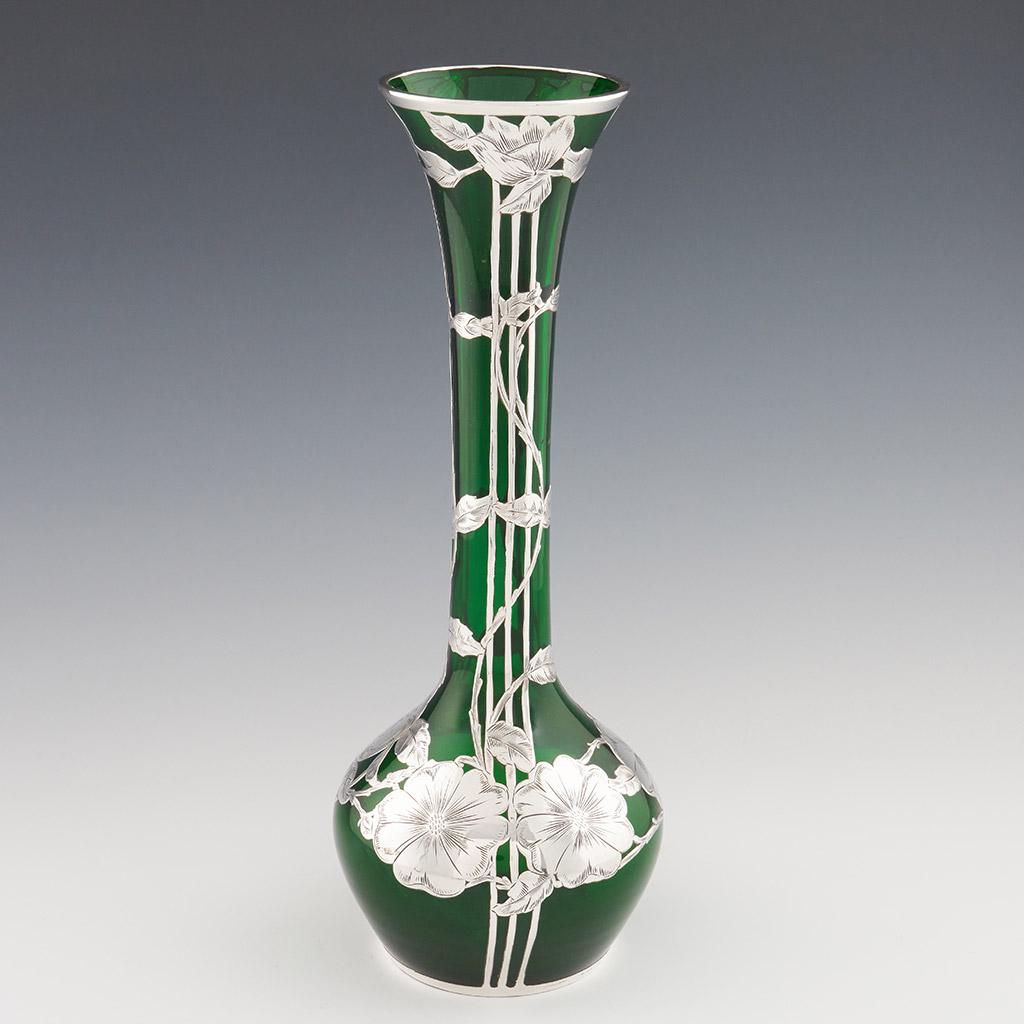 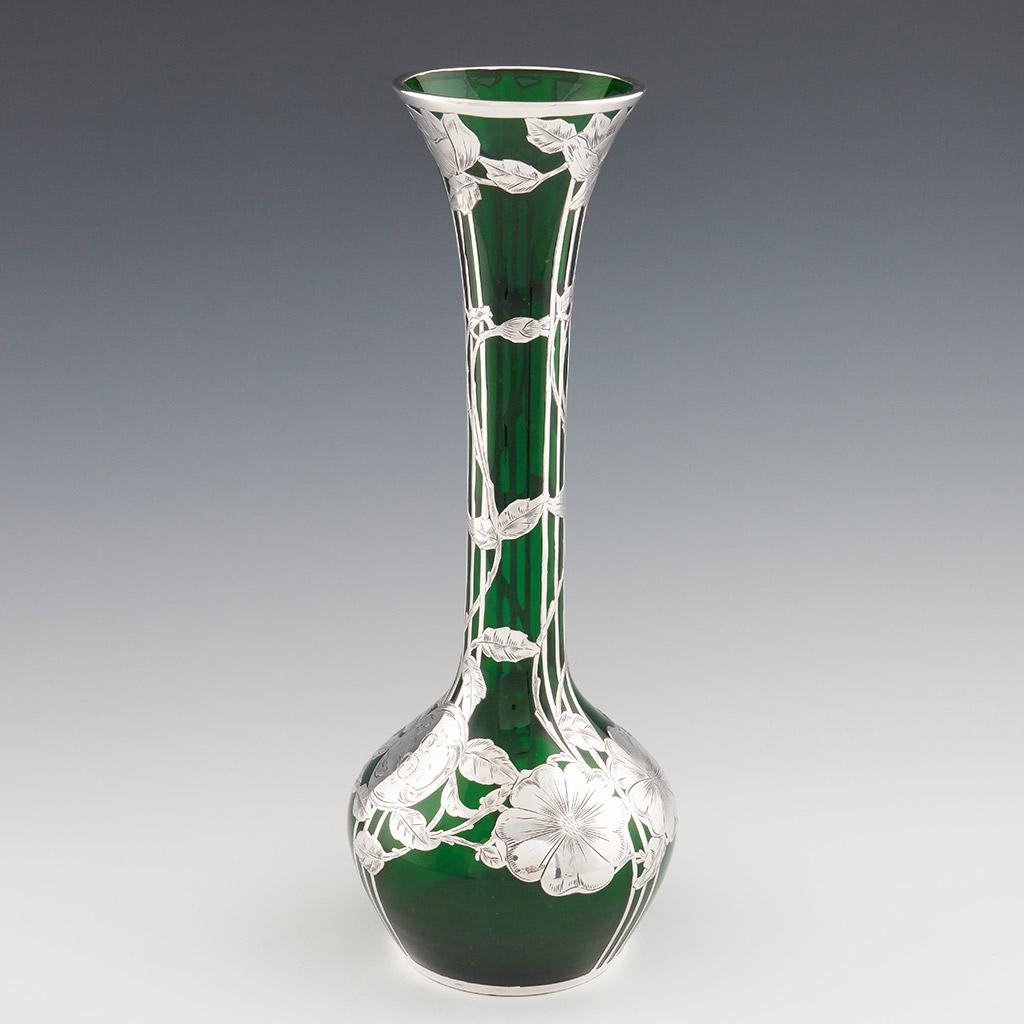 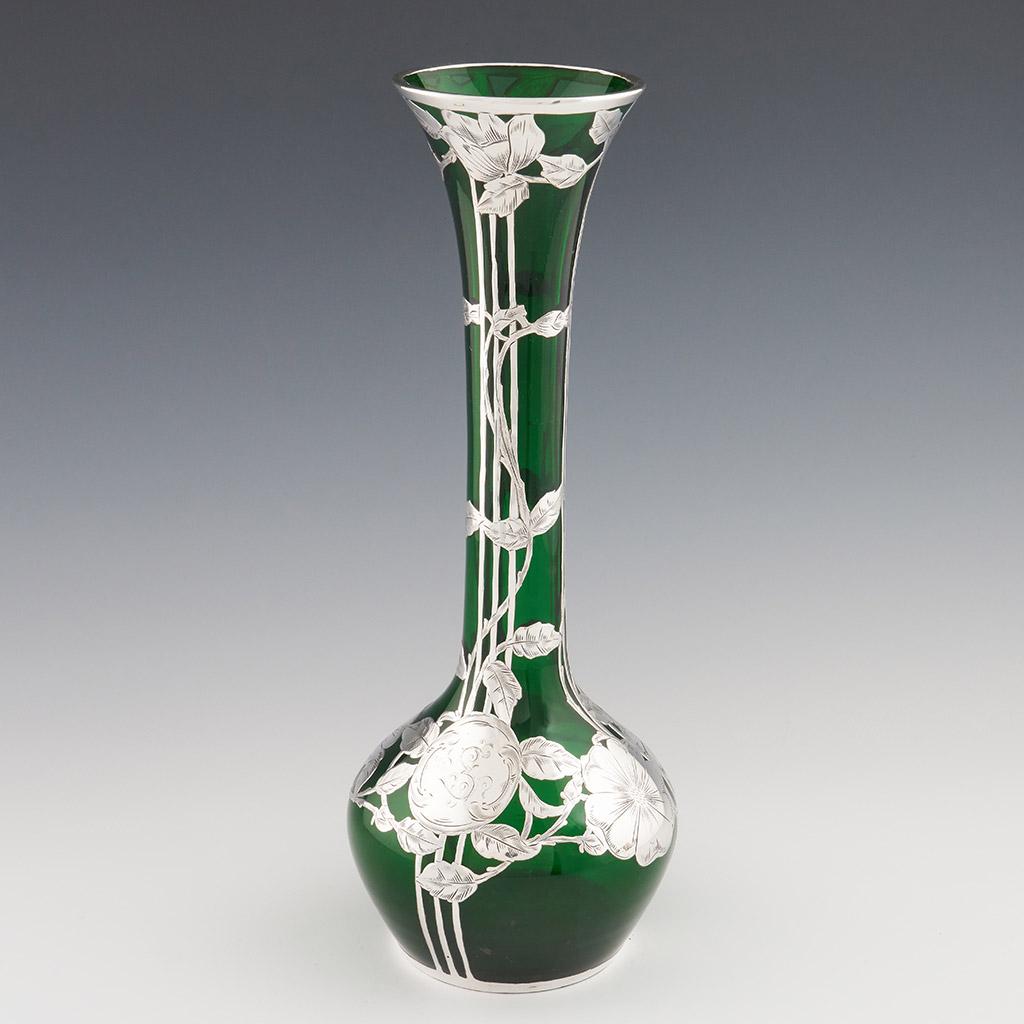 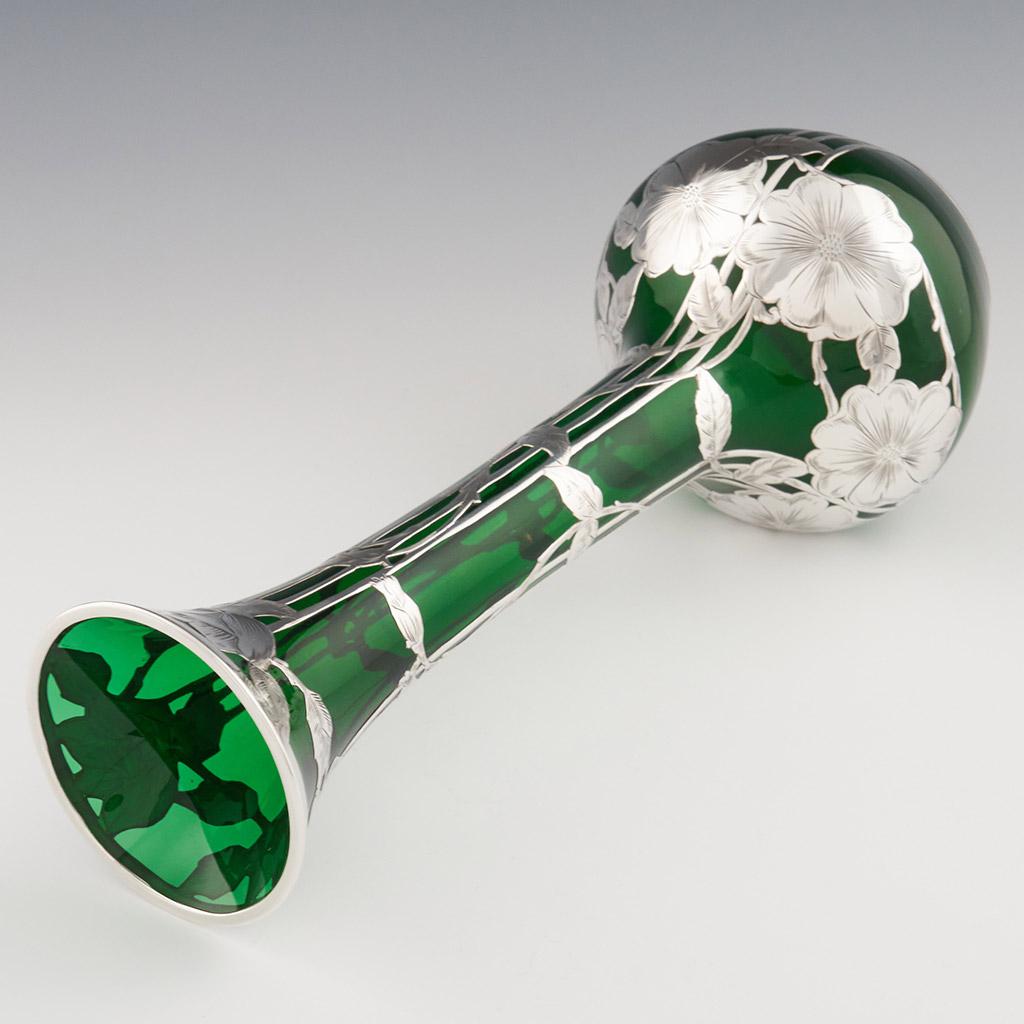 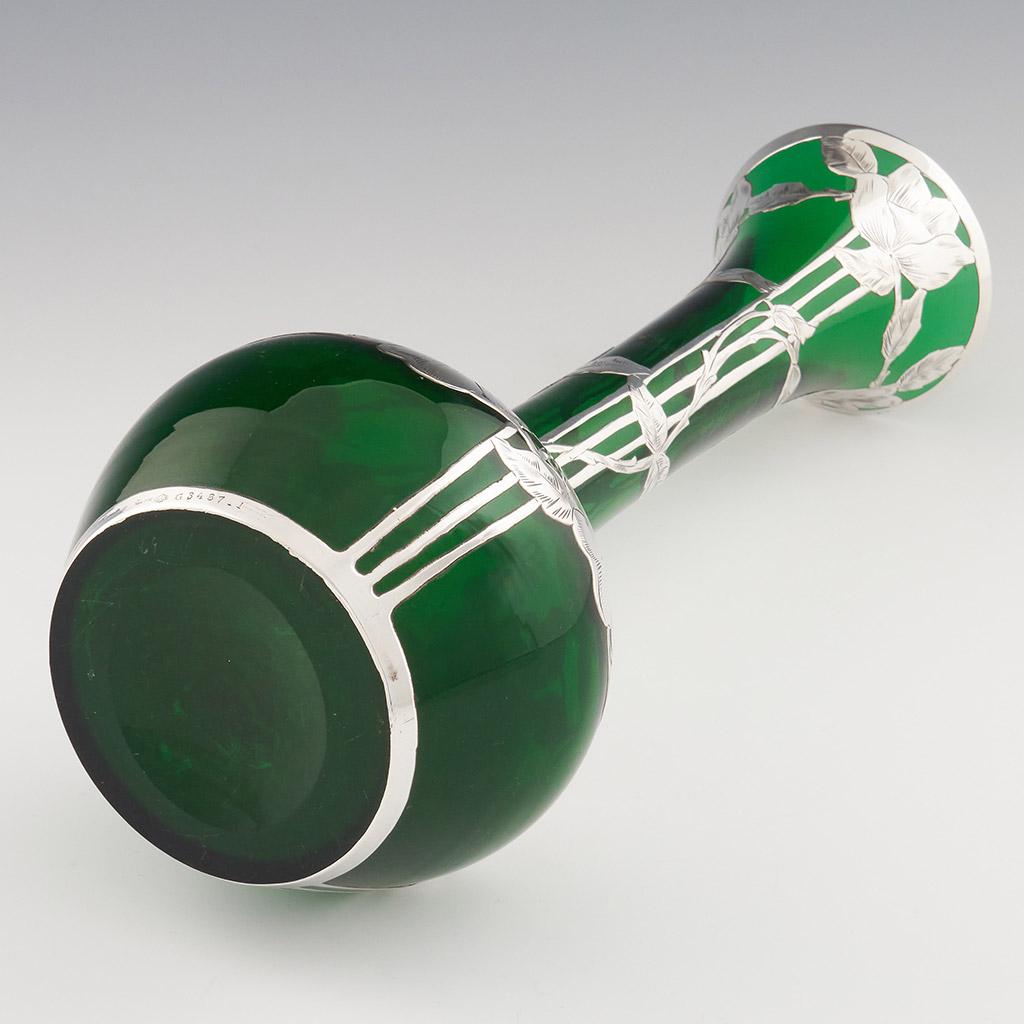 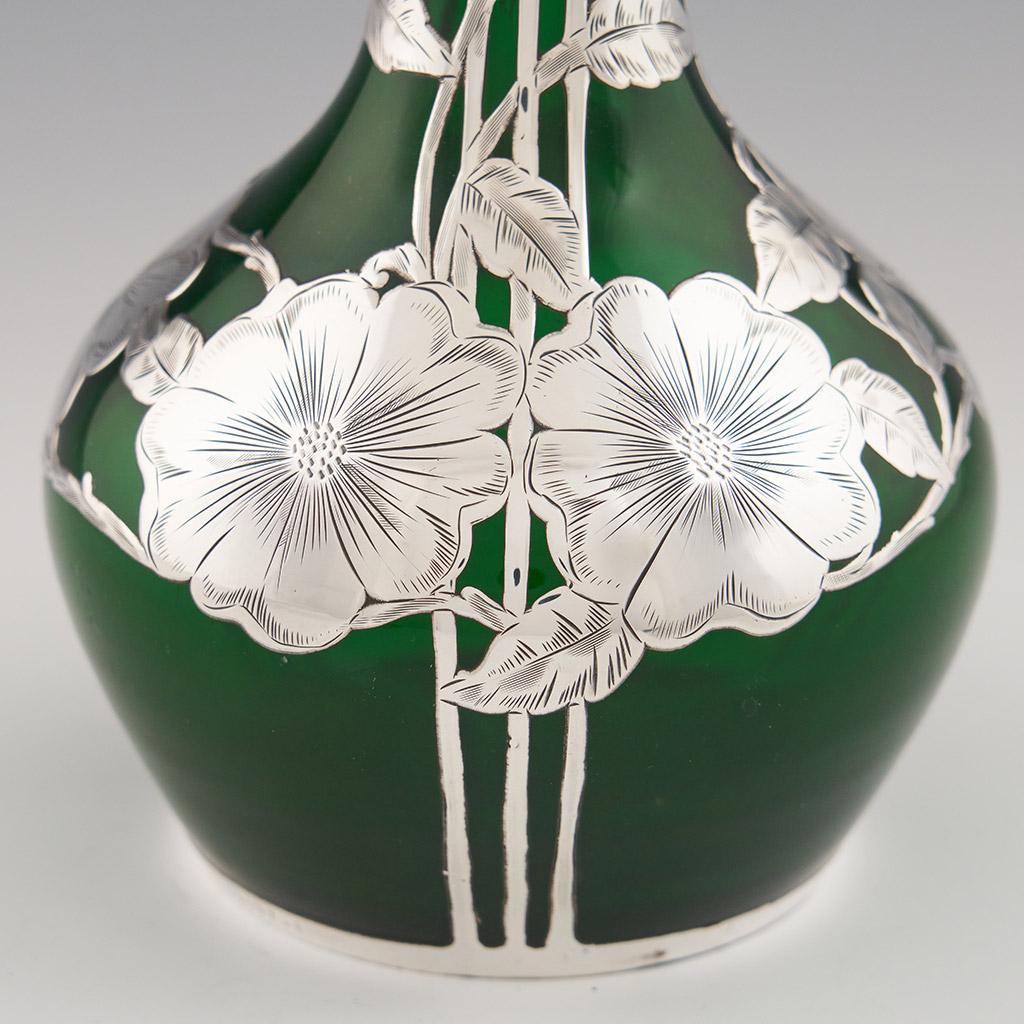 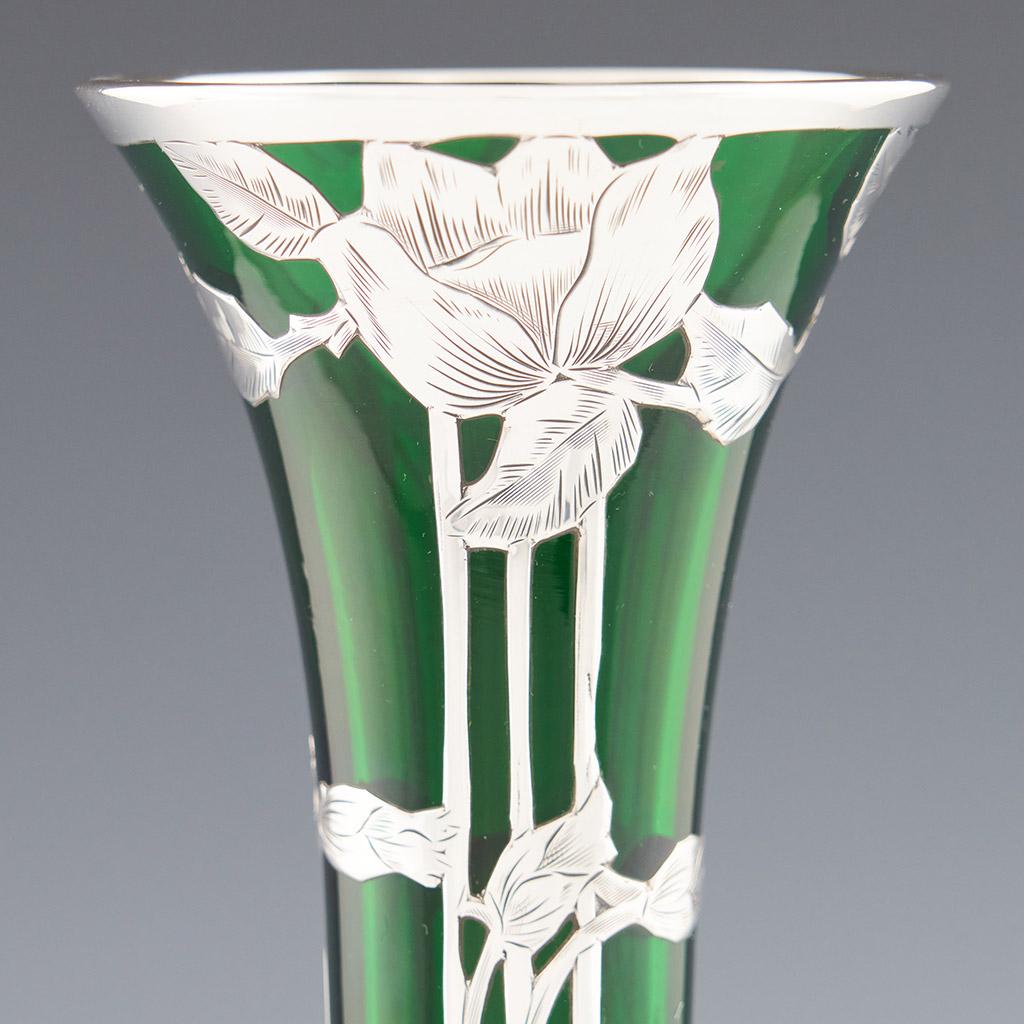 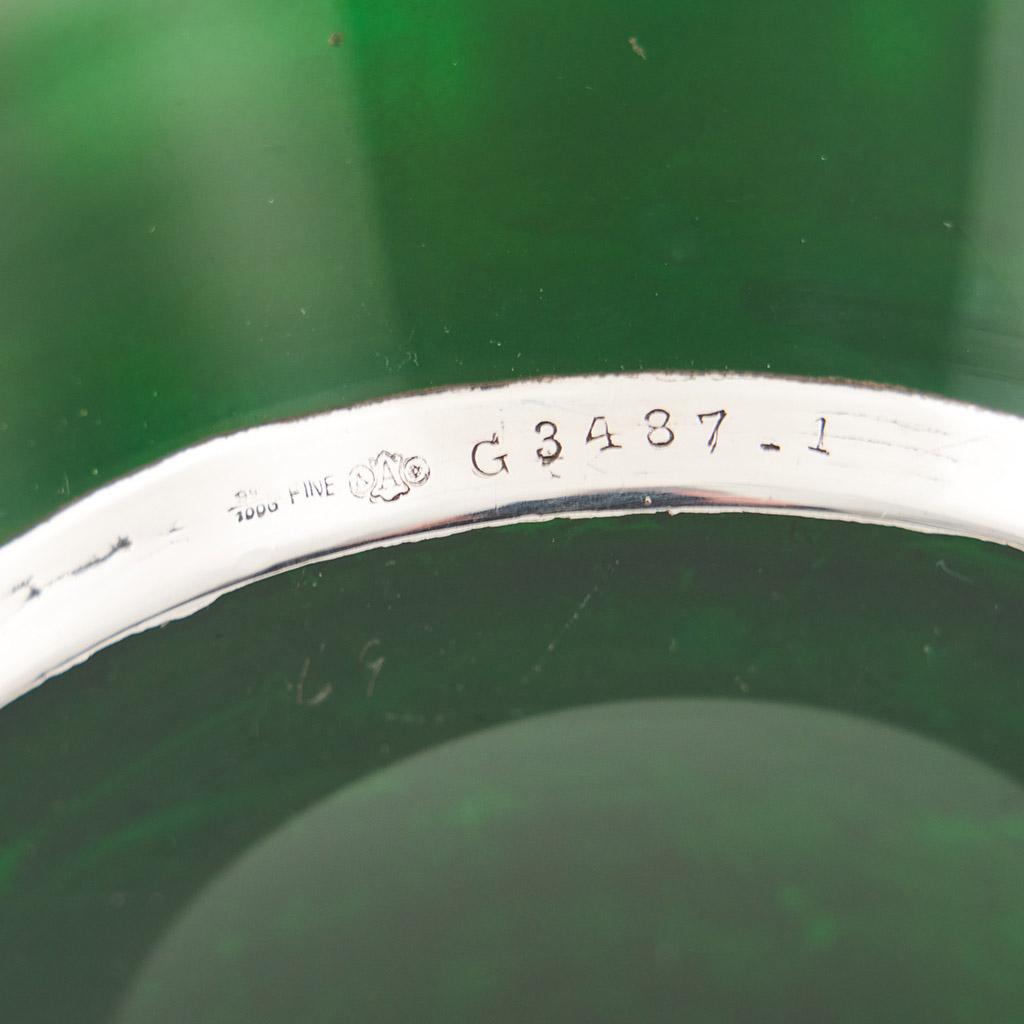 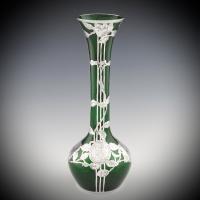 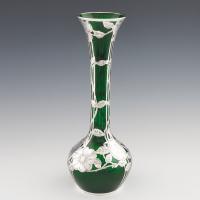 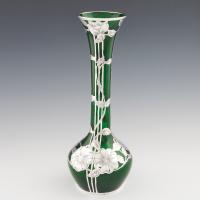 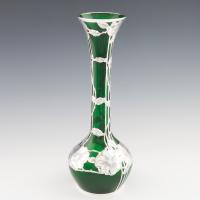 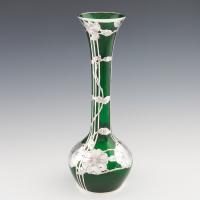 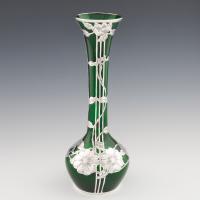 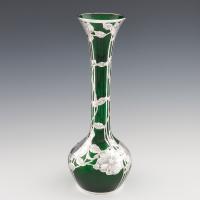 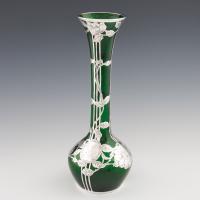 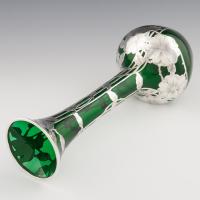 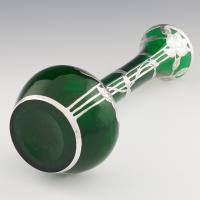 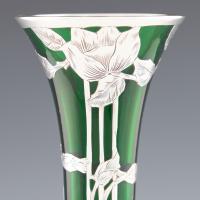 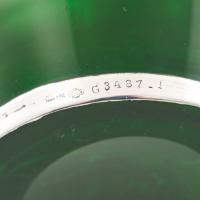 ‘Tall Bulb Vase” Silvered Glass by the Alvin Corporation - circa 1920.

History of the Alvin Corporation

The firm changed to Alvin-Beiderhase Co (c. 1893) under the management of Wm. H. Jamoneau, Henry H. Leibe and George B. Beiderhase moving in 1895 to Sag Harbour, Long Island.

In 1919 the name changed to Alvin Silver Co until 1928 when assets, dies and patterns were purchased by Gorham Corporation operating in Providence plant as a separated division of Gorham under the name of Alvin Corporation.

"Undoubtedly the most novel and at the same time artistic work turned out by this company is that known as electro-deposit goods. This class of work was invented and brought to a state of commercial success by this firm. It is applied to decanters, perfume and toilet bottles, caraffes, claret pitchers, flasks, perfume atomizers, and in fact an almost endless variety of articles of crystal glass. The process is guarded as a trade secret; but briefly it may be said, that the article to be silvered is rendered metallic by a coating of silver deposited on the glass surface by the electric current. When this operation is successfully completed, the article is shown completely encased in its covering of pure silver. The article is then taken in hand by skillful artisans who trace the most intricate designs on the silver surface. The designs are of a continuous character and the intervening spaces are by another process cut away or removed, so as to expose the crystal surface in the interstices of the design. The article is then passed to the engraver, who richly embellishes the remaining surface. The engraved surface is then highly polished." 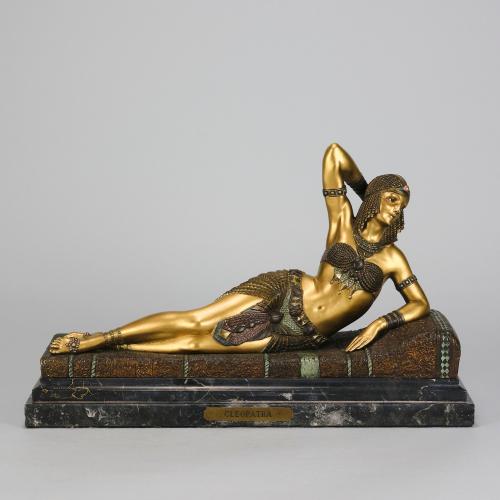 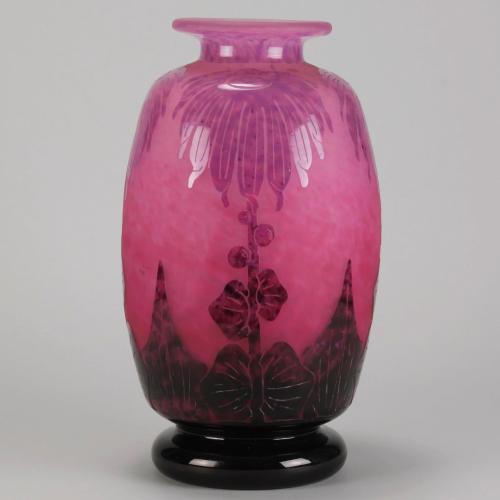 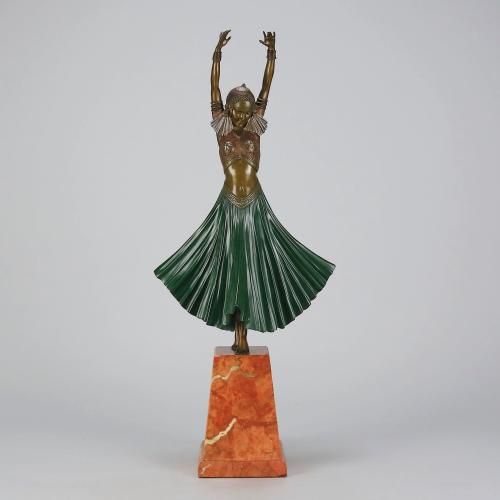