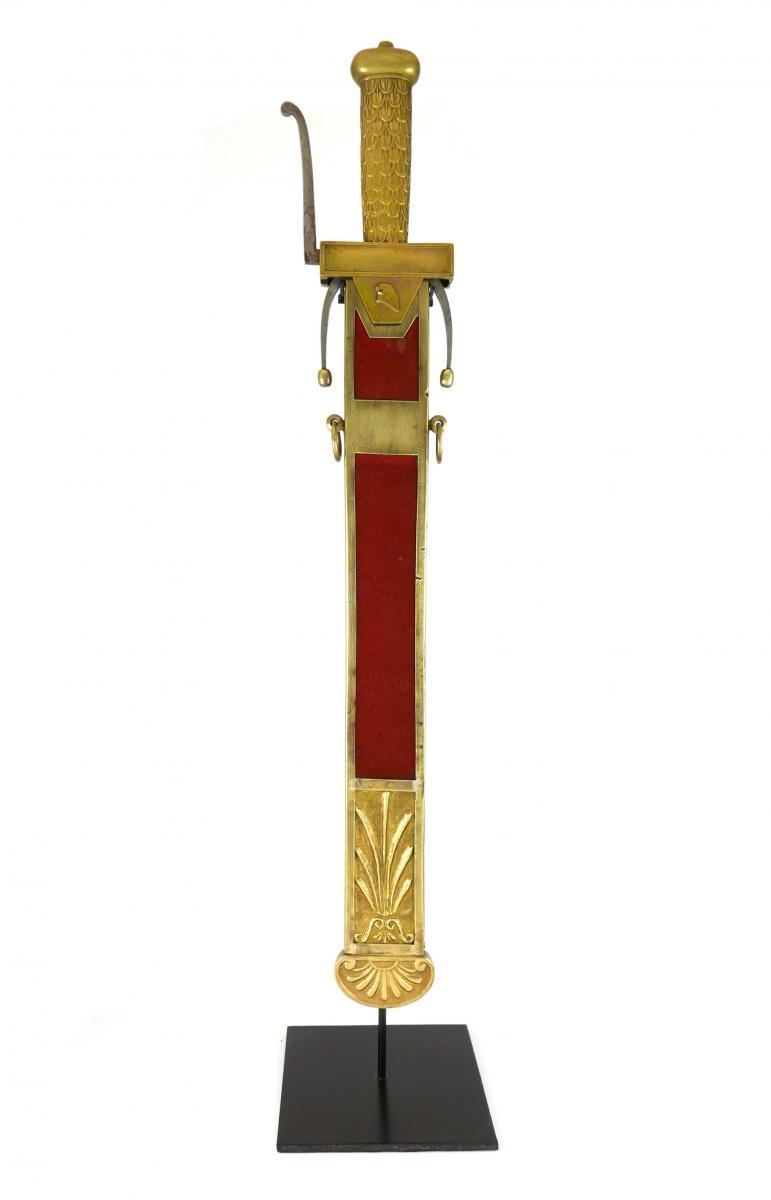 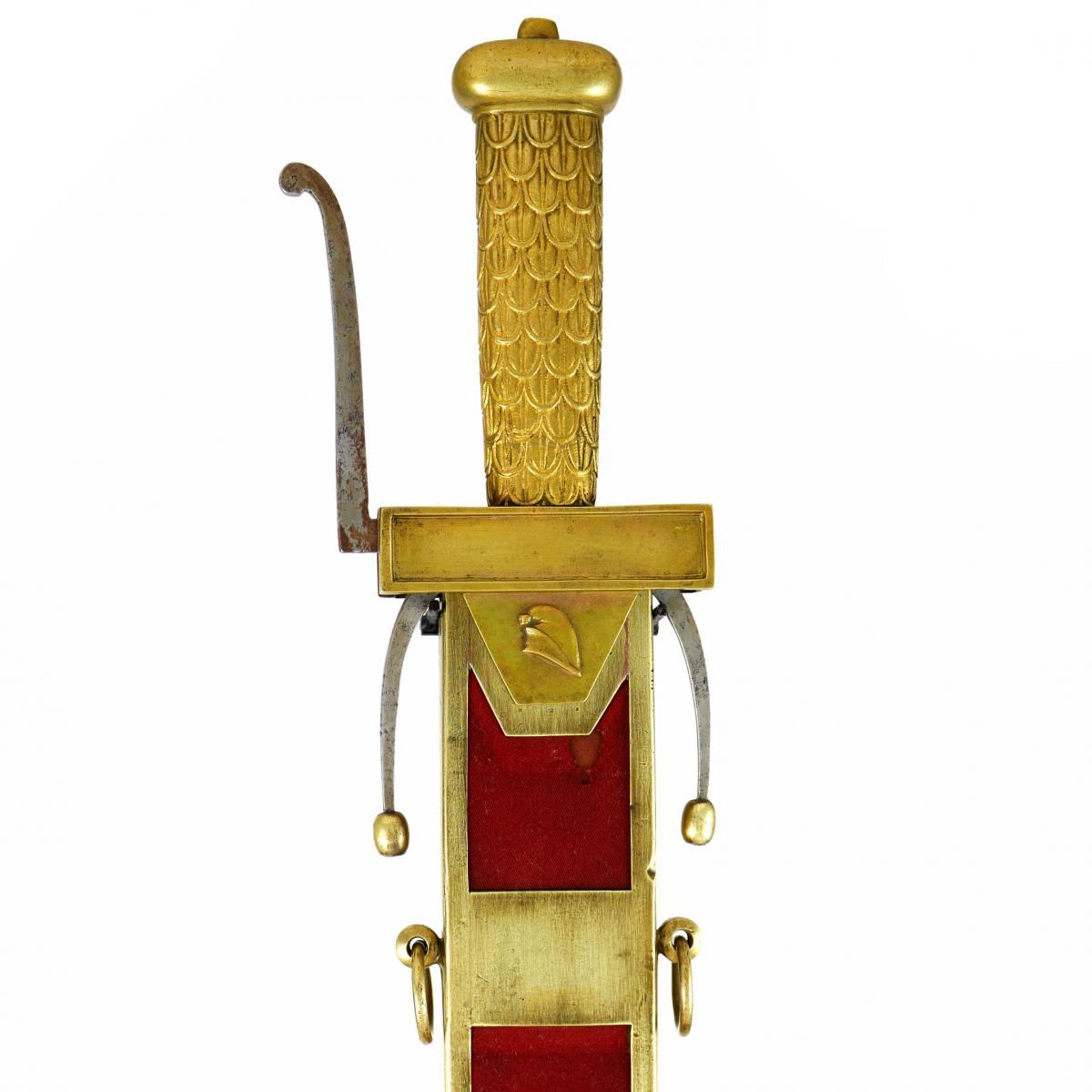 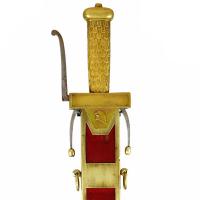 The present sword was part of the uniform worn by Cadets at the short-lived École de Mars. Based on the ancient Roman gladius, the sword was designed by the Neo-Classical painter Jaques Louis David (1748-1825), and as such is a representation of the intensity with which the French Revolution adopted the austere forms of Republican Rome.

Named for the Roman God of War, the School of Mars was founded by order of the National Convention on 1 June 1794 (13 Prairial an II in the Revolutionary calendar). It was sited under the gaze of a Statue of Liberty, and located to the west of Paris in the present day suburb of Neuilly-sur-Seine, for the purpose of training military officers for the Army of the Republic.

Recruits were drawn from all parts of France, including eighty from the Paris Commune, and clothed in uniforms also designed by David. A harsh regime of practical and theoretical instruction filled the fourteen and half hour long working day. The cadets were further used in public demonstrations in the Champs de Mars held in support of Robespierre’s rule during the Reign of Terror.

They may also have featured in rituals connected with the murdered radical journalist Jean-Paul Marat. However with the fall of Robespierre on 9 Thermidor and his own execution by guillotine, the days of the school were numbered.  Suspected of Jacobinism, the school was closed on 23 October 1794, its camp destroyed, barracks and stables sold off. Its legacy however is said to include four generals who served under the Premier Empire.

David’s involvement with the École de Mars illustrates his easy ability to tailor his talents to the political demands of the day, having served the Crown and still to produce his famous propaganda works that helped catapult General Bonaparte into the role of Premier Consul and, later. Emperor Napoleon I.