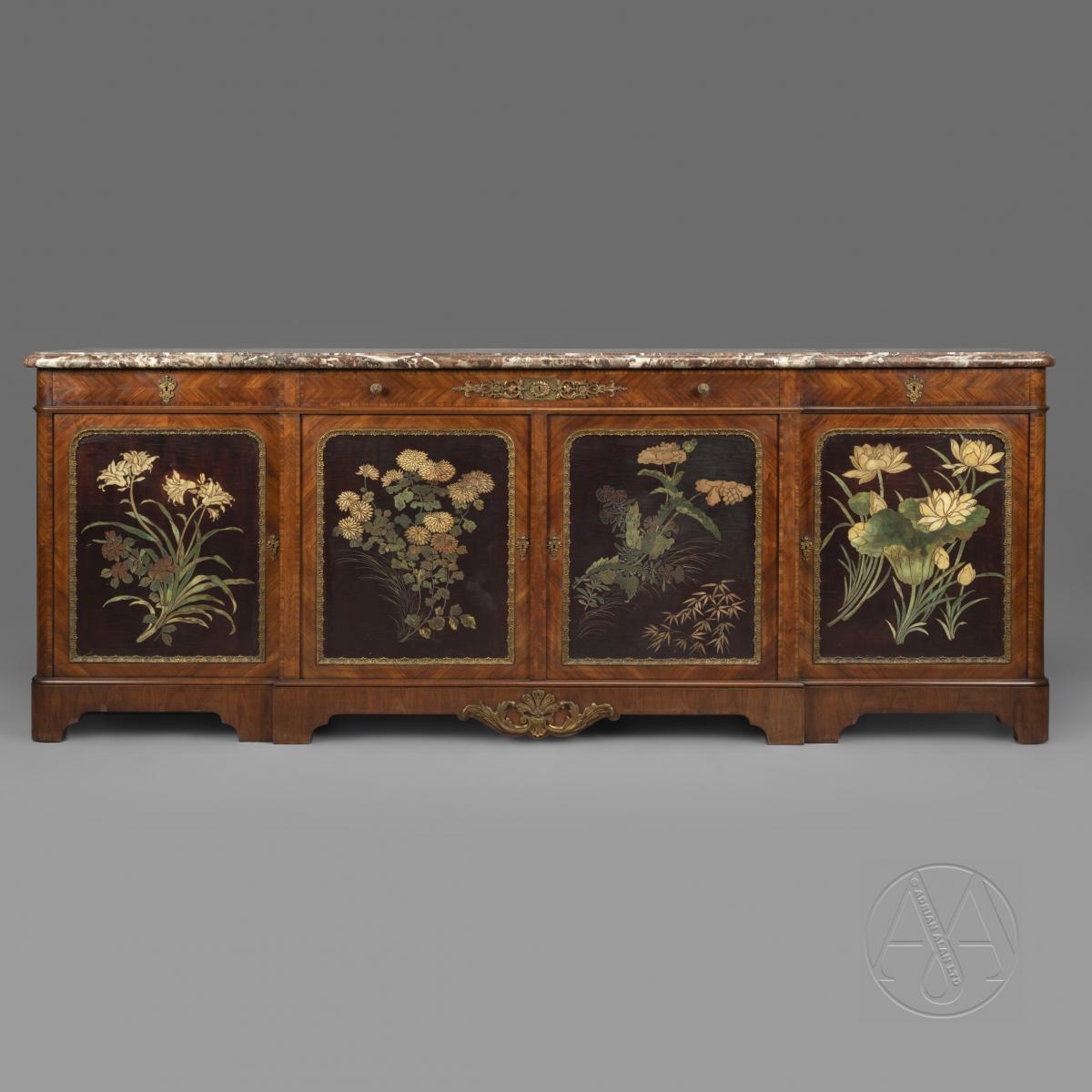 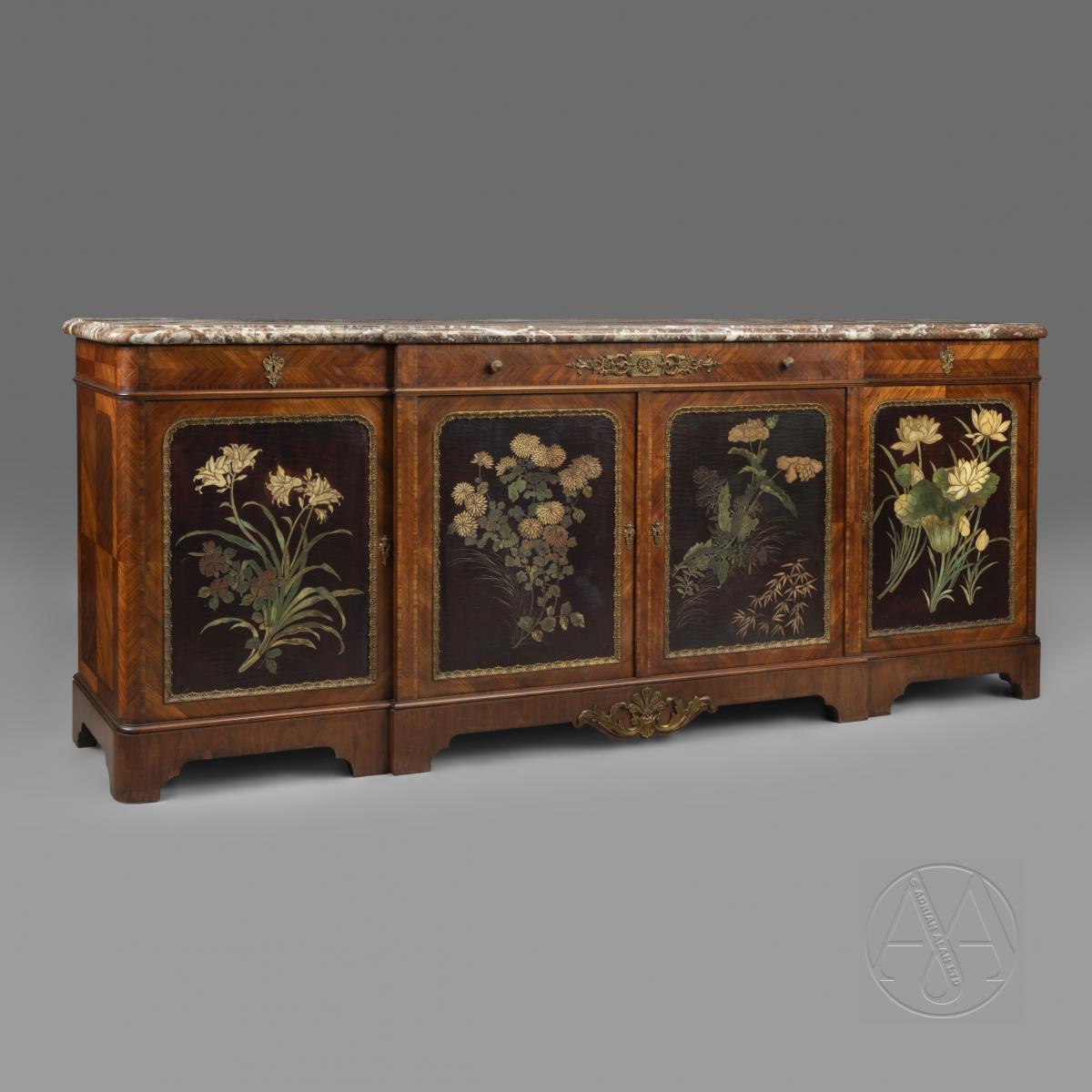 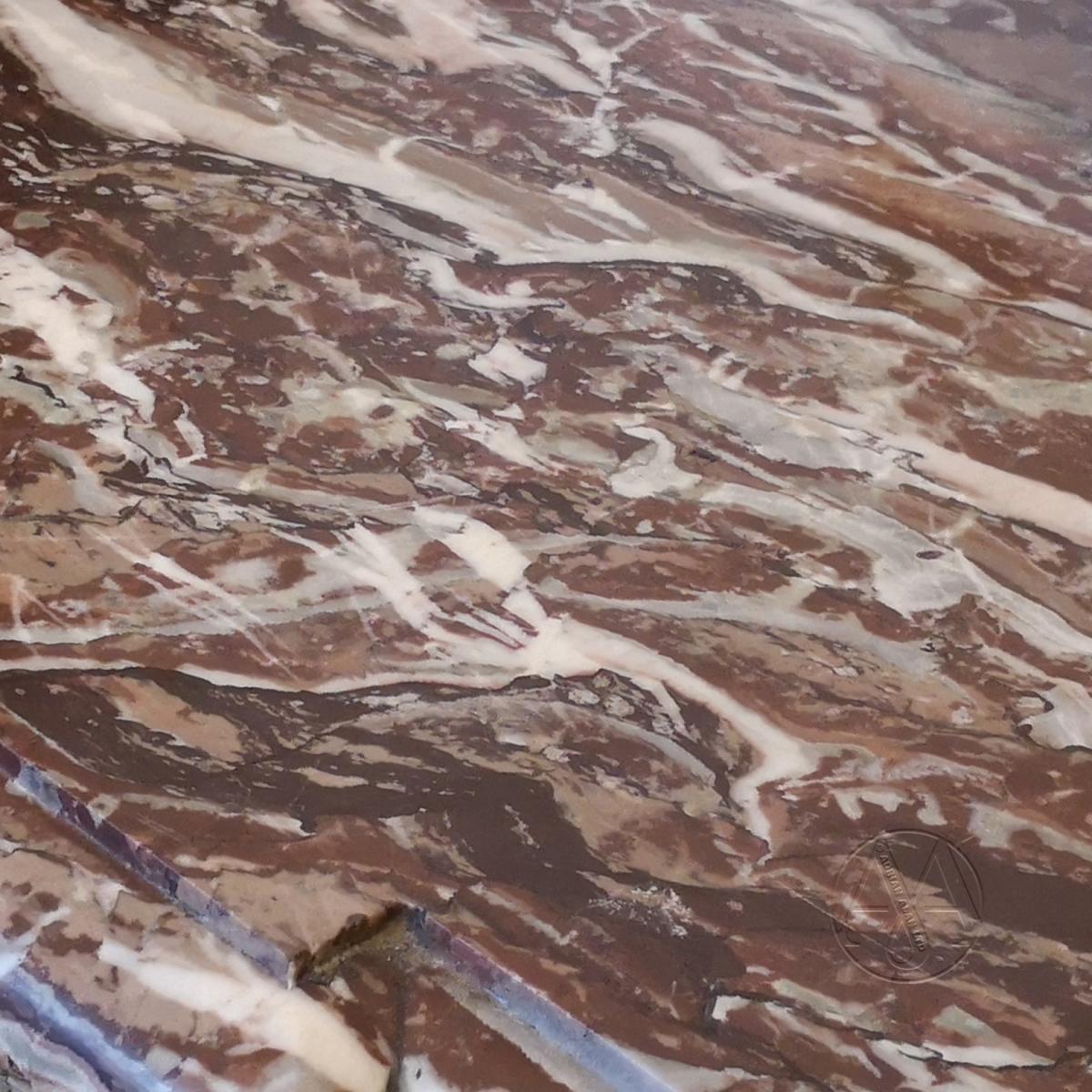 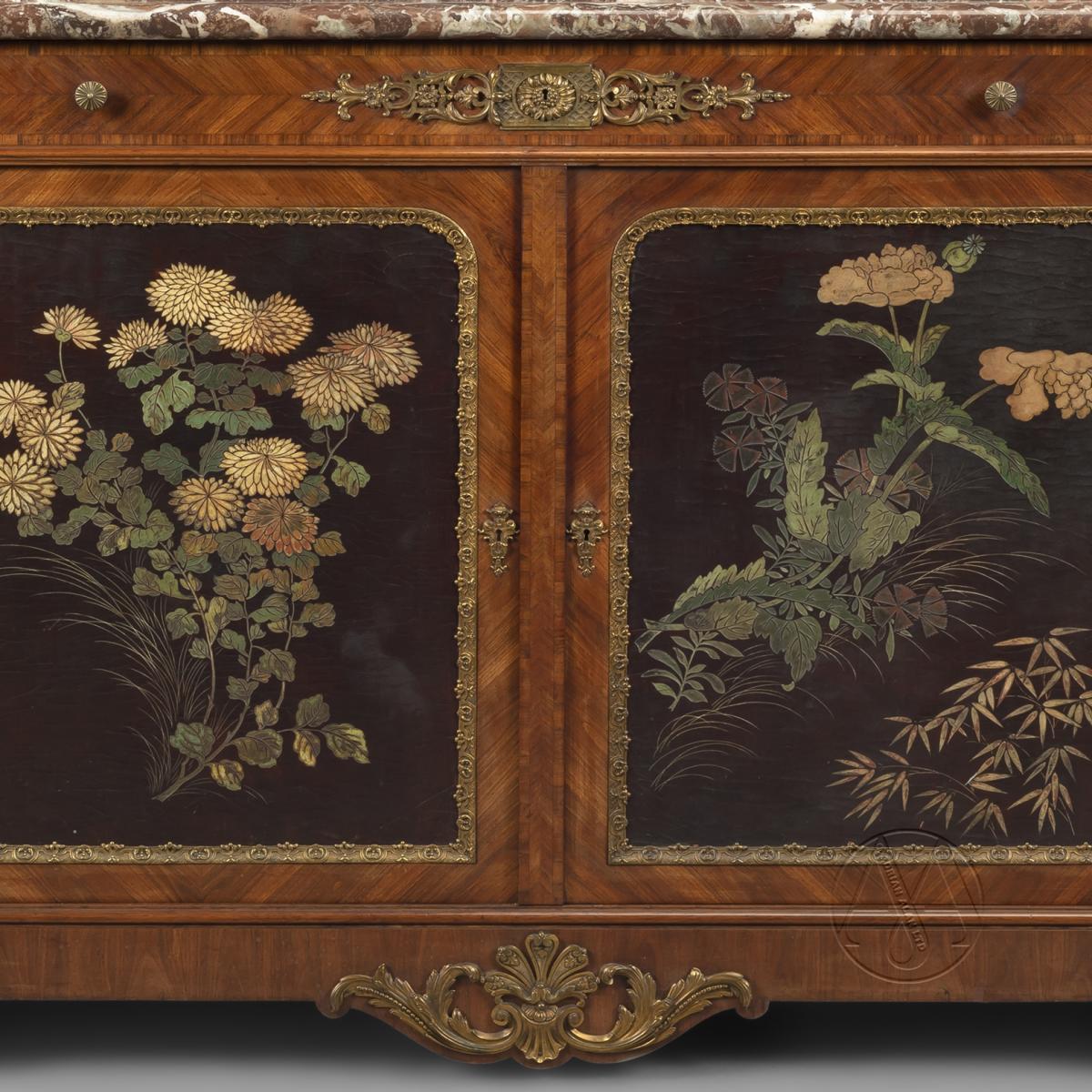 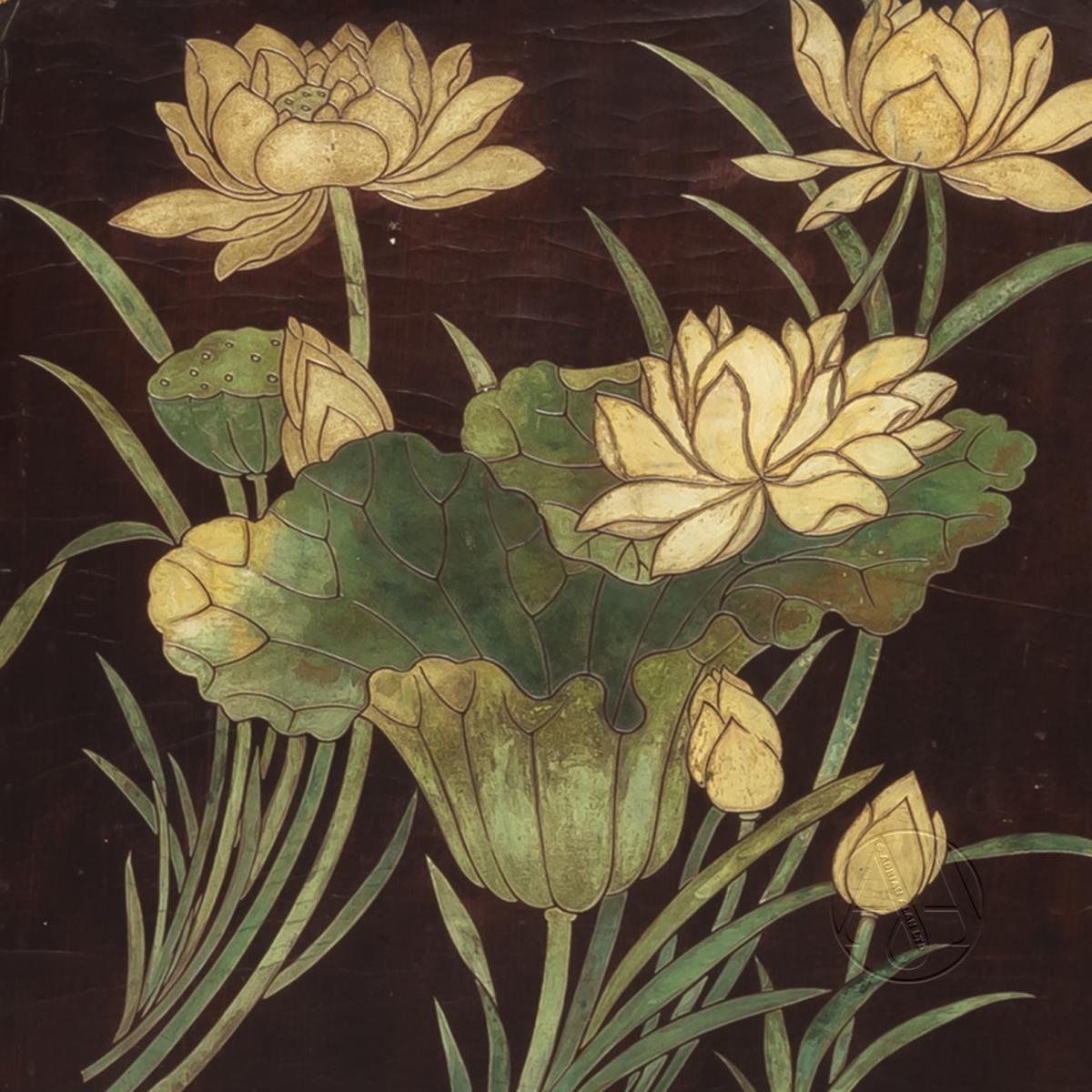 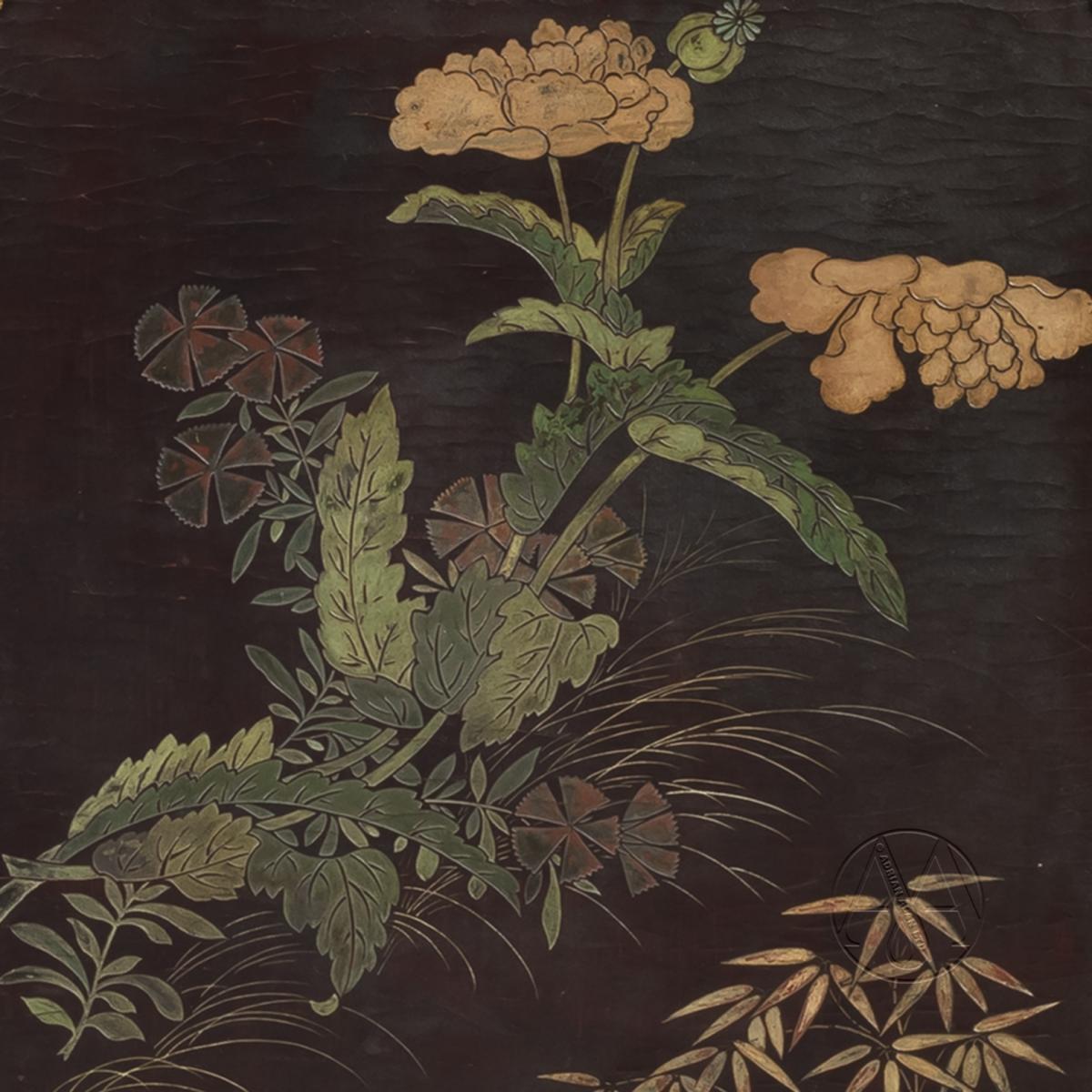 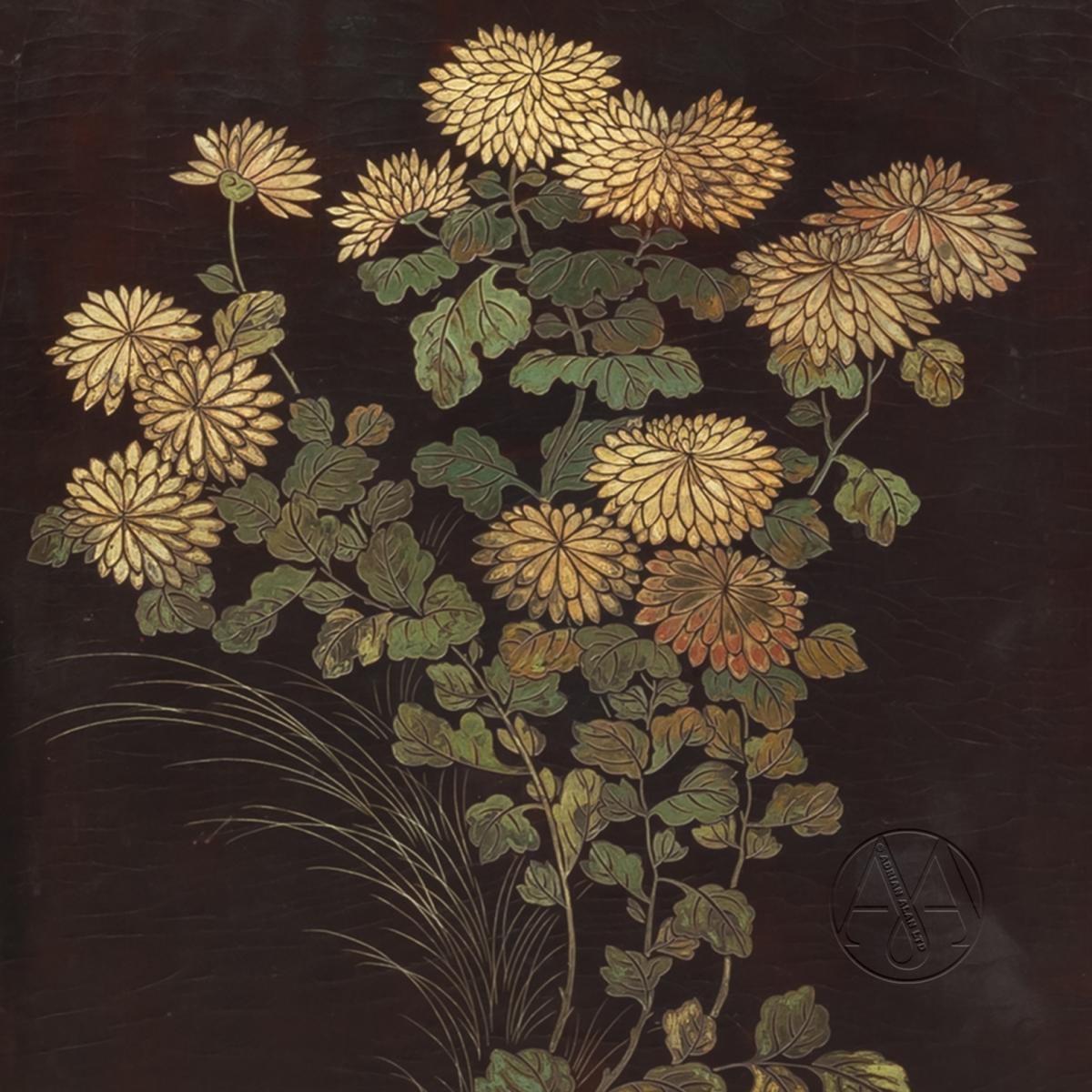 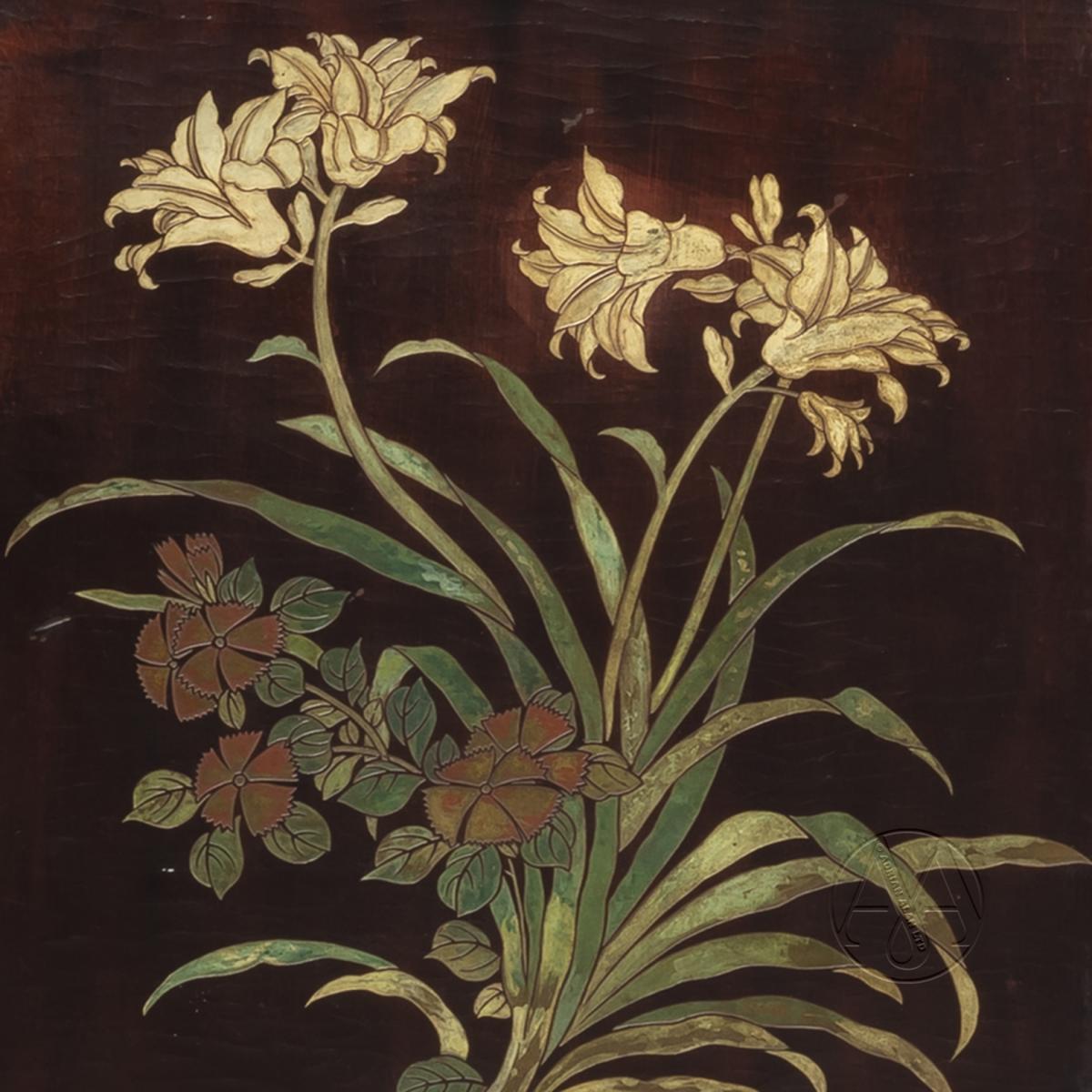 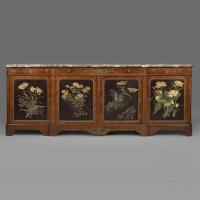 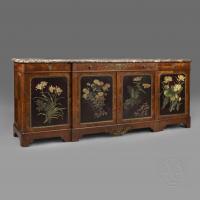 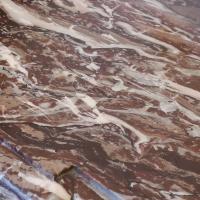 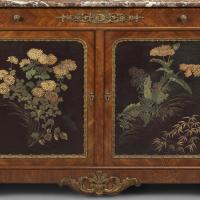 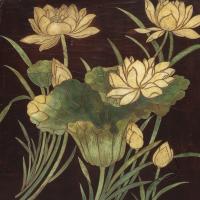 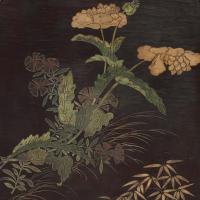 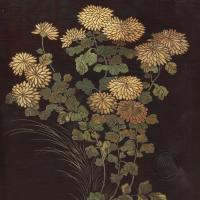 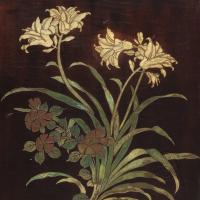 This large and imposing side cabinet has a shaped Rouge des Flandres marble top above a frieze fitted with three drawers.  Below are four cupboard doors each mounted with superb Chinese floral lacquer panels in gilt-bronze frames.

The first panel with Hemerocallis (day lily) and wild rose.
The second panel with Chrysanthemum.
The third panel with Peony, Morning Glory and Bamboo.
The fourth panel with Lotus.

The present cabinet forms a pair with a signed example by Sormani, in the collection of Pierre Lecoules.

Born in Venice in 1817, Paul Sormani (1817-1877), was a Parisian maker of fine 'meubles de luxe'. His work was described in the catalogue of the 1867 Exposition Universelle as: 'toute sa production révèle une qualité d'exécution de tout premier ordre' (all of his production reveals a quality of execution all of the first order').

After his death in 1877 Sormani's son Paul-Charles took over the business that later moved to 134 Boulevard Haussmann.

It can be difficult to date Sormani's work, as the firm produced furniture for nearly ninety years. However, when Paul Sormani died in 1877, his wife and son took over the business and from this date onwards pieces are normally signed 'Veuve Sormani & Fils'.