Superb facsimile of the Vatican's Ptolemy Cosmographia of 1472 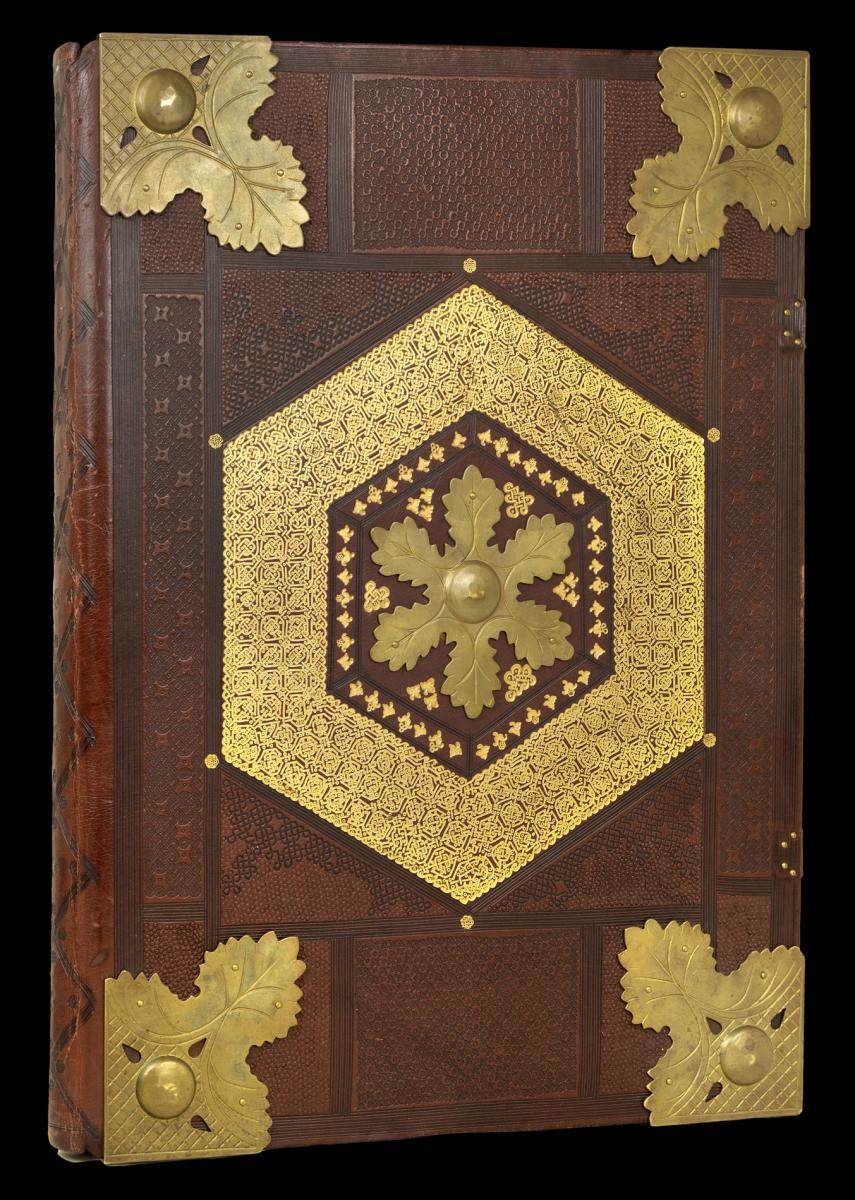 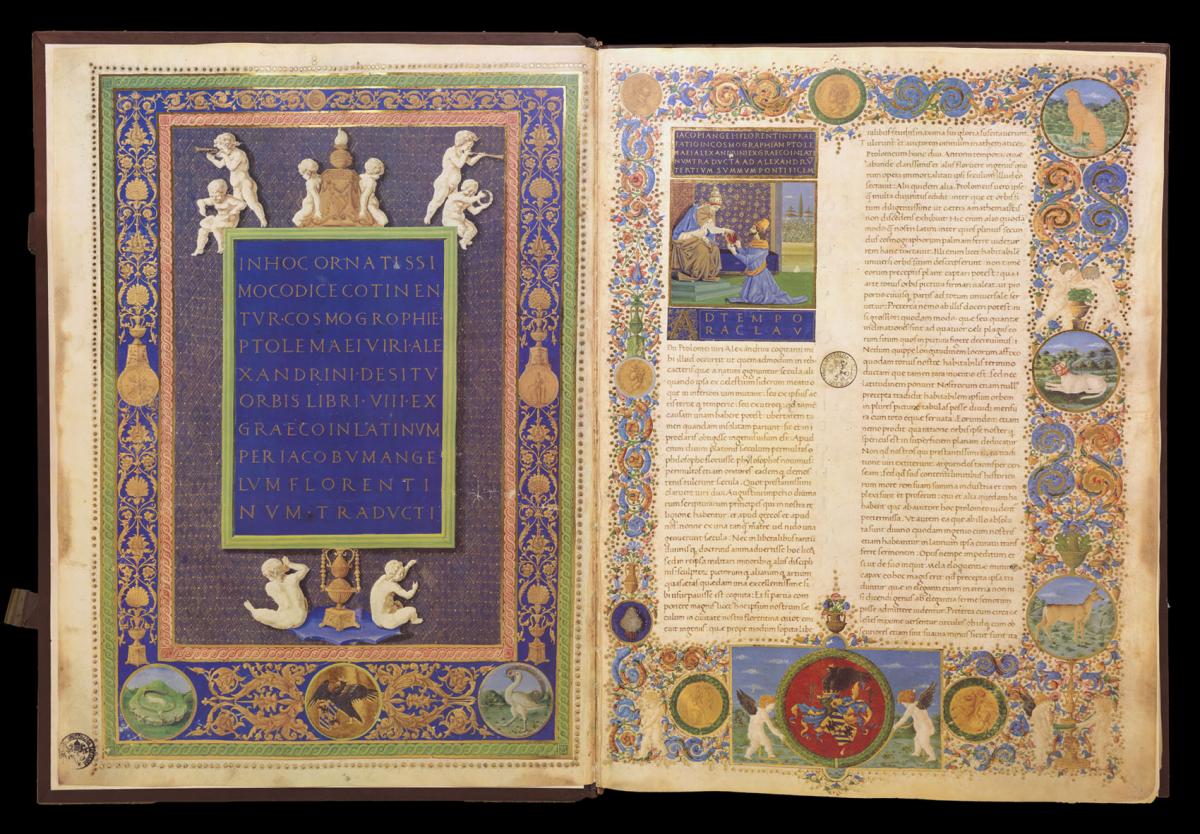 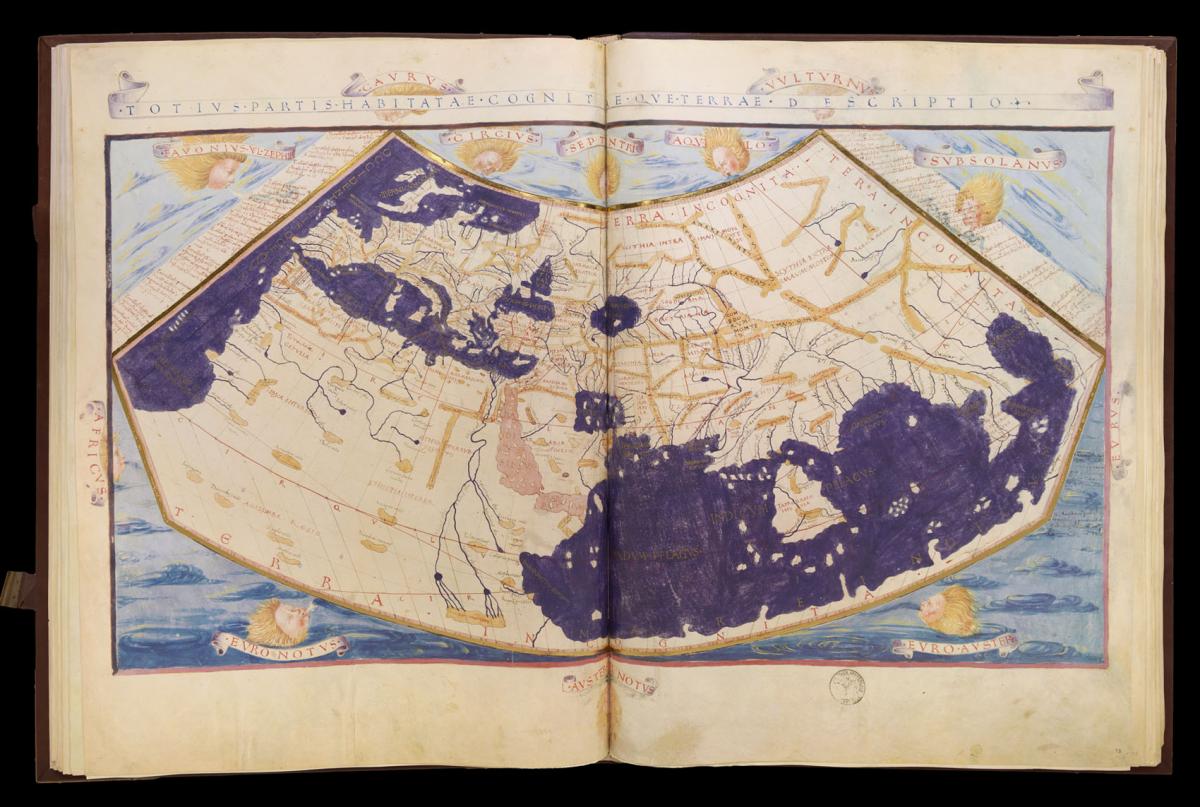 Superb facsimile of Ptolemy's Cosmographia, published by the Vatican.

One such example was presented by Pope Benedict XVI to Christian Wulff, the President of Germany, during his Apostolic visit to Germany, on the 22nd September 2011. The press release that accompanied the gift gives a general history of the work:

"This facsimile reproduces the manuscript containing the Latin translation of the Greek text (version "A") of the Geographia by Claudius Ptolemy (2nd century AD), performed by Iacopo Angeli da Scarperia (around 1360-1410). The title Cosmographia, which seemed the most appropriate to the author, was based on choices made by other Latin authors for similar works (the reasons why are explained in folio 2v).

Together with other, similar specimens this magnificent manuscript documents the rediscovery and positive reappraisal during the Renaissance of Ptolemy's cartographic oeuvre, as a synthesis of Hellenistic culture and a recognised milestone in the representation of the earth, unique among its kind in terms of the wealth of theoretical and practical information it provides on the topic.

The codex was transcribed in Florence in an elegant, humanist script by Hugues Commineau (Ugo Comminelli) de Mézières (see colophon folio 70r; in abridged form folio 122r), the same copyist of the splendid Bible of Urbino (Urb. Lat. 1-2). Pietro del Massaio and Francesco Rosselli were also involved in its production: both were well known as illuminators thanks to their workshops, which were specialised in the manufacture of maps and geographical works.

The embellishment is valuable; this begins with the title page (folio 1v), which contains a sumptuously enframed reference to the title and the translator in gold on a blue background; the incipit of the translator's foreword (folio 2r) is decorated along the edges with gold and coloured borders comprised of flowers, putti with candelabras (also a recurrent motif in the initials of the text) and medallions, plus an illumination showing the translator presenting the work to Pope Alexander V (wrongly identified as Alexander III). The incipit of each book includes delightful initials painted in miniature; colourful frames embellish the introductory texts to the maps that follow.

The text is divided into eight books. Book I (folios 3r–13r) explains the theoretical concept of 'geographia' and methods for designing maps; books II–VII (folios 13r-69r) contain information on the names of towns and cities, countries, regions and peoples of the world together with their coordinates; book VIII (folios 69r-70r) details the number of maps and provinces for each continent, and includes short descriptions and data on the main cities etc.

The codex belonged to the library of Federico da Montefeltro, Duke of Urbino (1422- 1482), which was acquired by Pope Alexander VII and thus reached the Vatican library in 1657. The present binding of the work, made of brown leather embellished with the coats of arms of Pope Pius VI (1775-1799) and the cardinal librarian Francesco Saverio de Zelada (1779-1801), is dated at between 1779 and 1799; we know of two previous bindings. For a limited number of copies of the facsimile a valuable binding was selected, manufactured after the original of another work by Ptolemy from the late 15th century and taken from the same library (Urb. Gr. 82) [Claudia Montuschi (BAV)]."