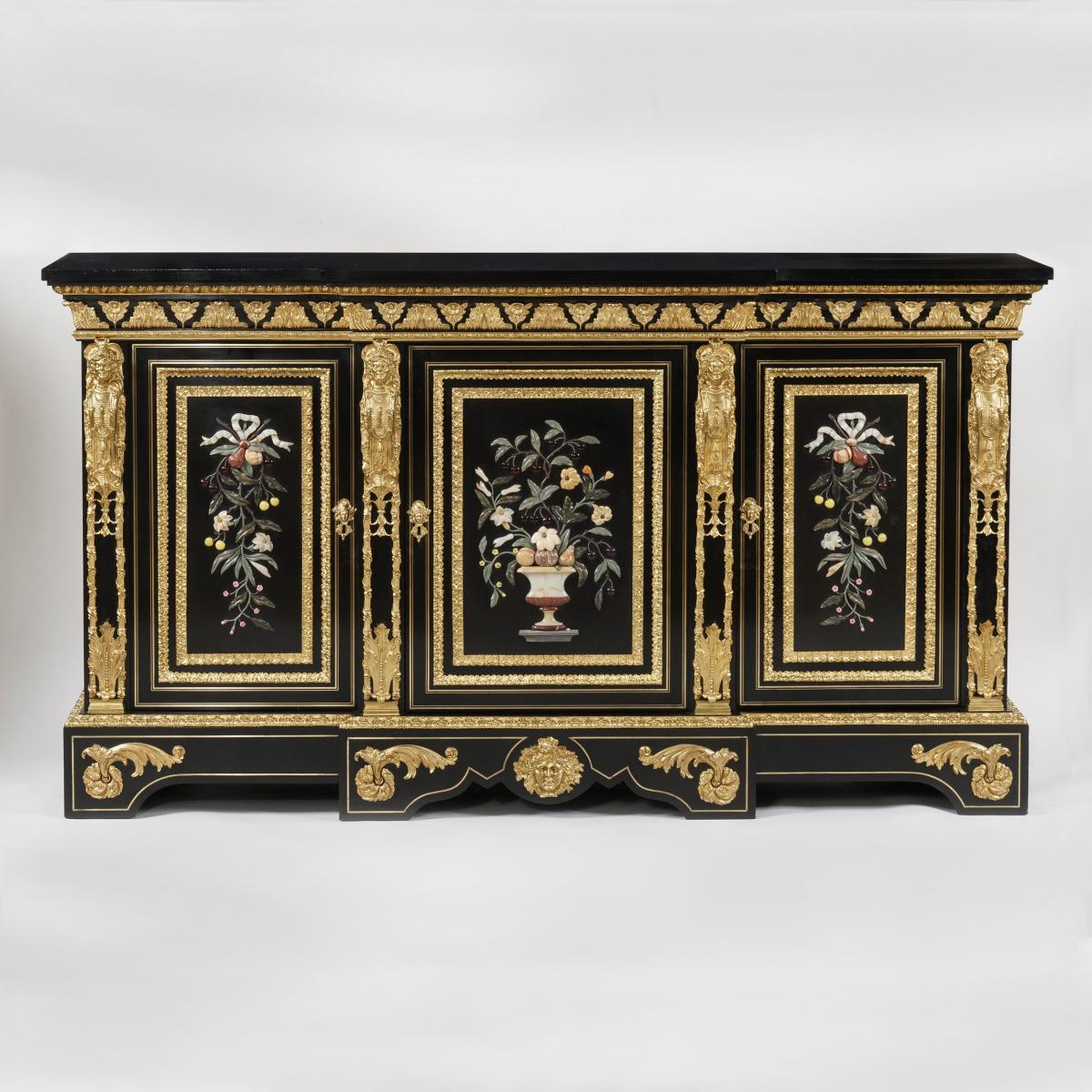 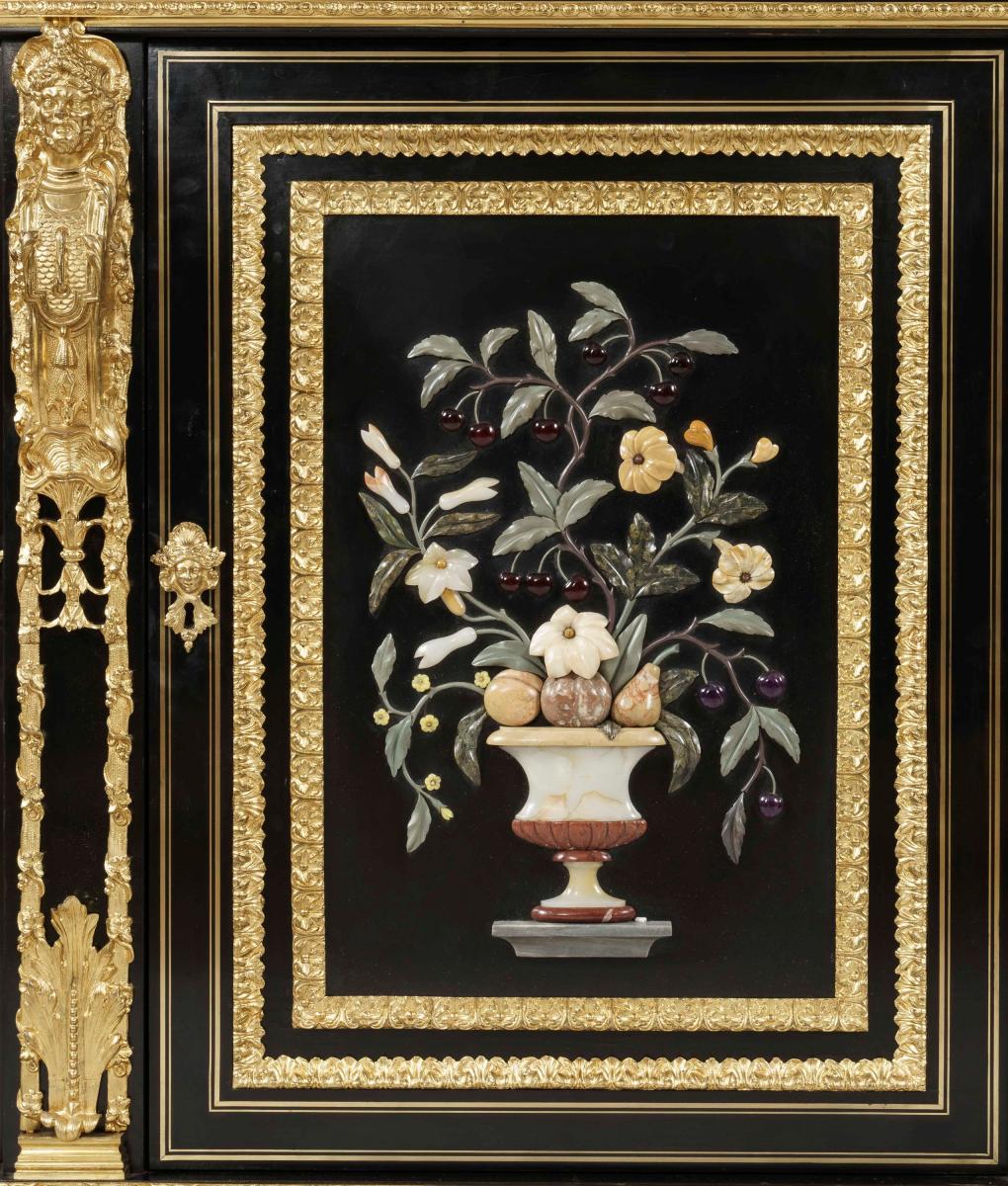 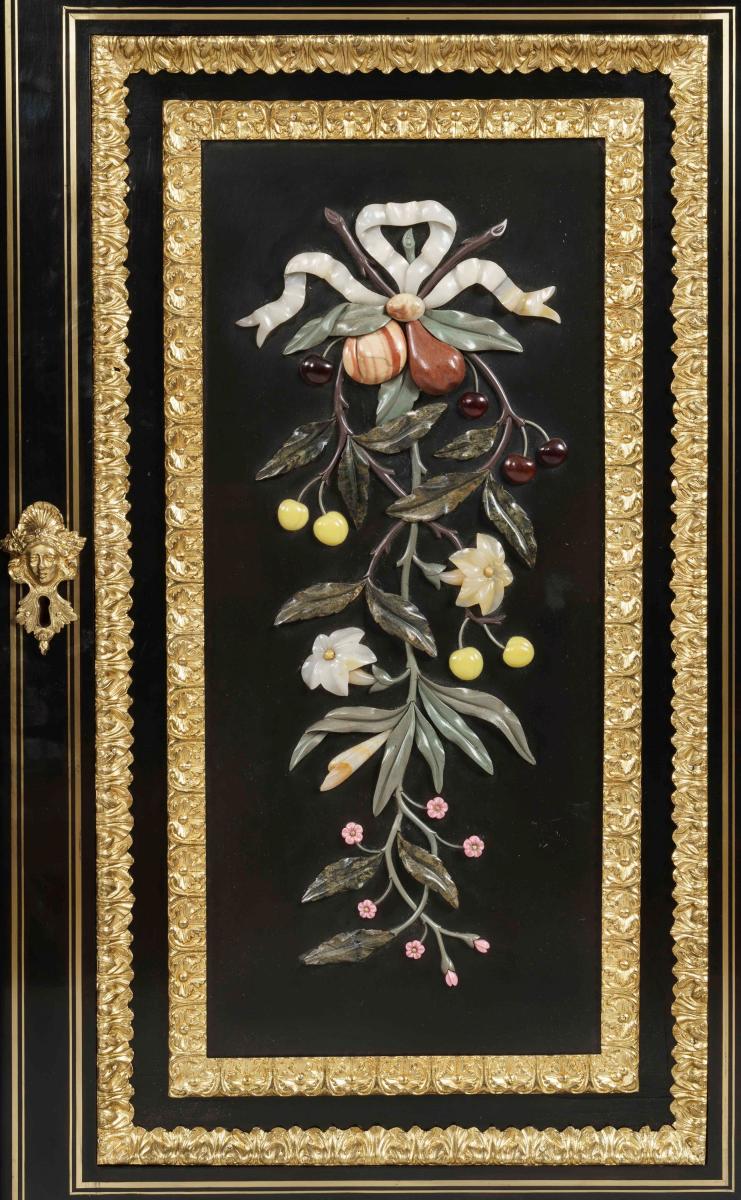 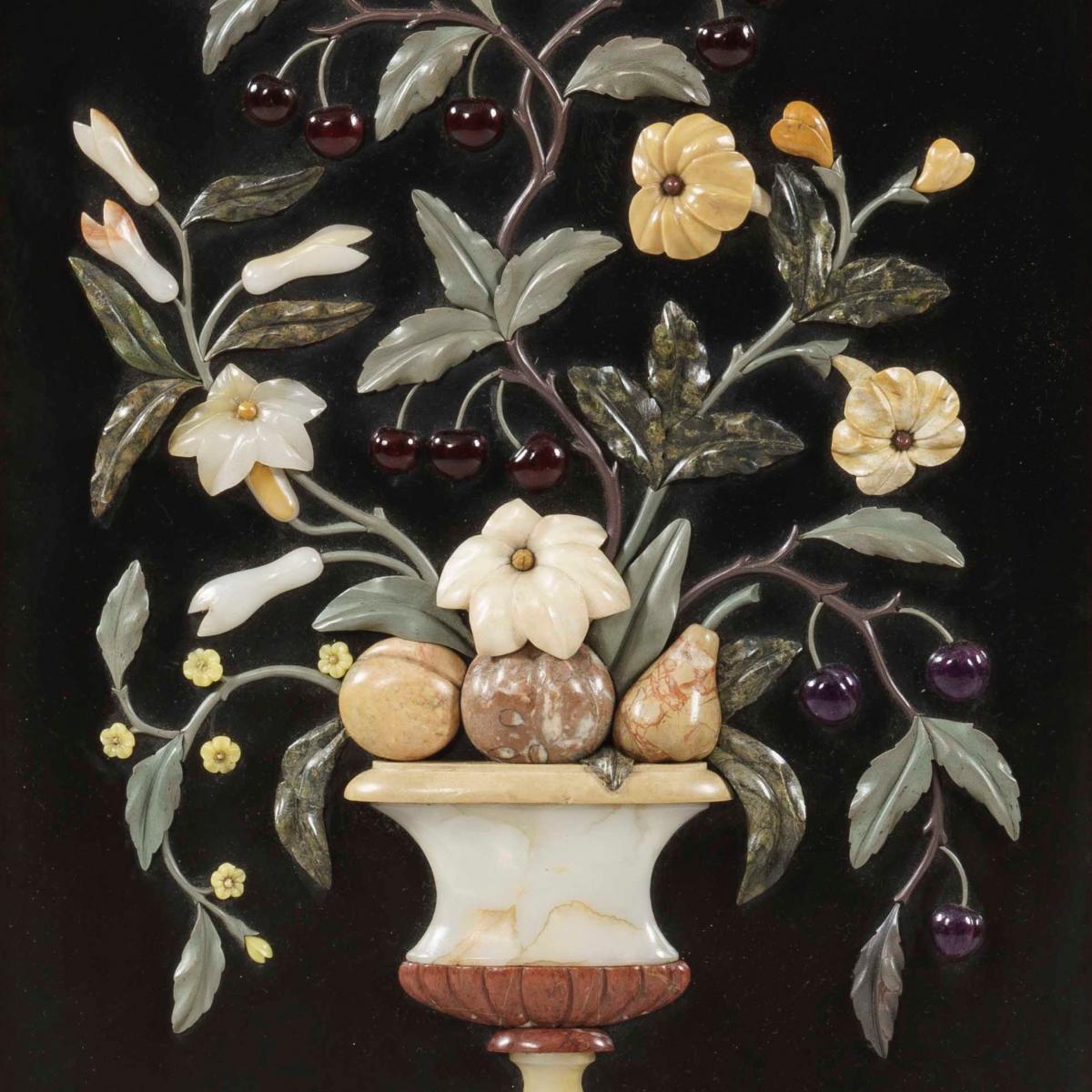 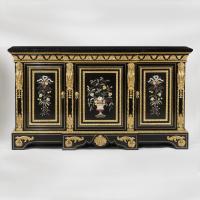 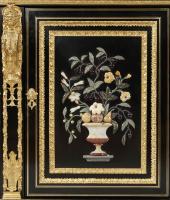 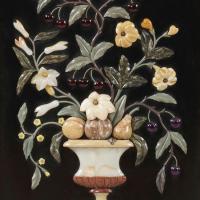 Constructed from bois noirci and incorporating fine Florentine pietra dura inlay, the ormolu-mounted breakfront cabinet rising from a plinth embellished with a central mask of Apollo and scrolling rosettes; the façade having three doors, each panel being inlaid with bas relief hardstones of flowers and fruits within stiff leaf ormolu concentric mouldings, each panel flanked by a male Bacchic herm below an acanthus leaf frieze supporting the ebonised top.
Anglo-French, circa 1865

Georges-Alphonse-Bonifacio Monbro (1807-1884) was a Parisian born cabinet maker, working from Rue Basse du Rempart, and later opening a branch in London's Frith Street in 1861. In 1838, Georges-Alphonse took over the business founded by his father, and quickly expanded the practice which specialized in Boulle inlaid furniture and hardstone stone cabinets in the ancien regime style. The firm exhibited at the Paris Expositions of 1839, 1844, and 1855 where his clientele included King Louis Philippe. The Musee D'Orsay has examples of his work, as does the Bowes Collection in Barnard Castle.