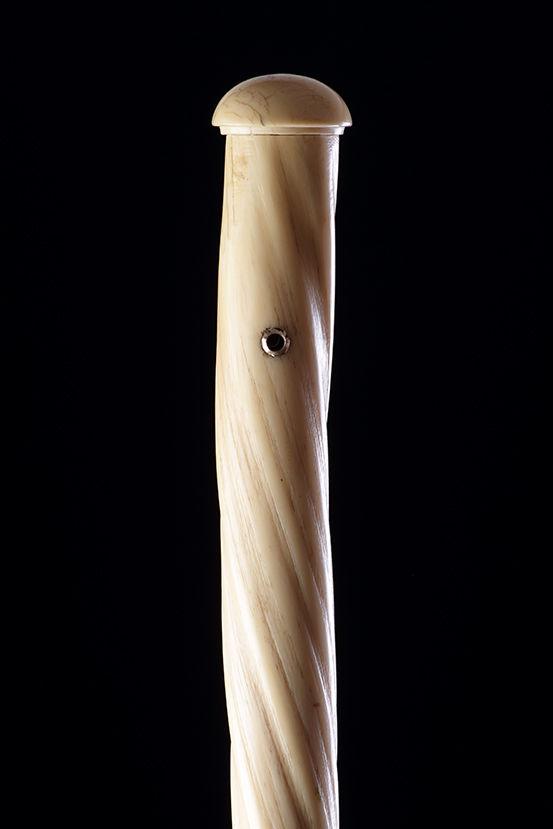 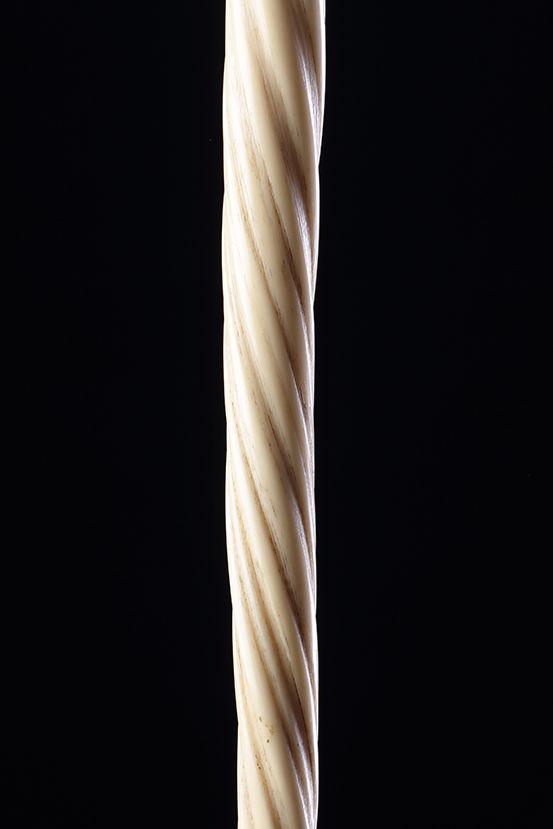 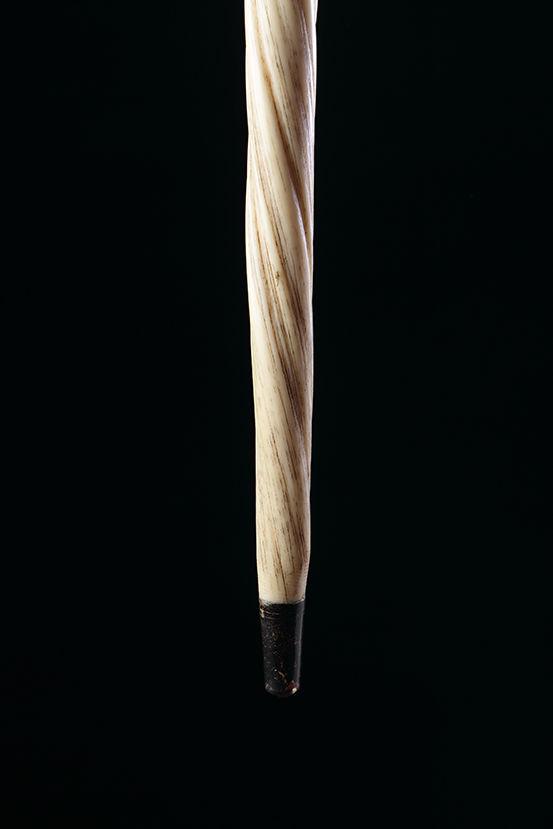 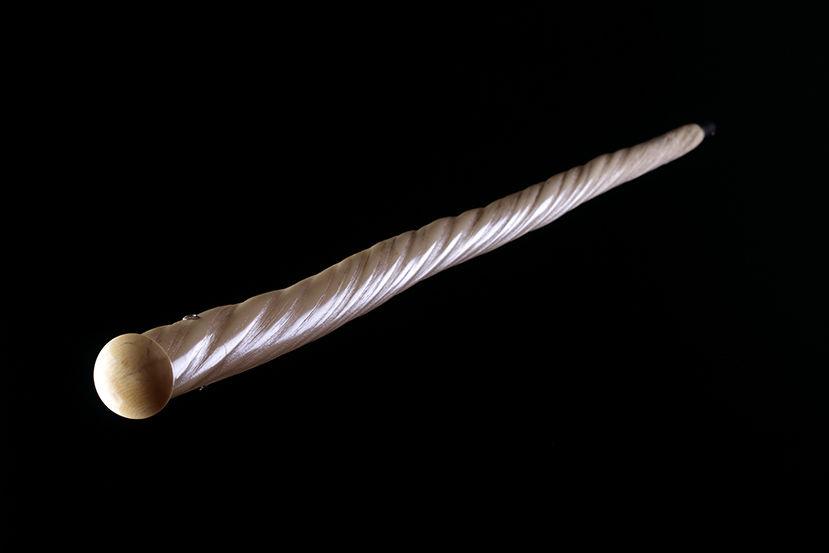 Provenance:
Ex Private collection
Bought by the father (deceased) from the owner of Wolverton Park, 1938
Wolverton House, a late Georgian Manor House, was part of the Wellington Estate until 1943

Known as the ‘Unicorn of the Sea’ narwhal, a relative of the white beluga whale, were encountered by 16th century mariners hunting the colossal sperm whales in the Arctic Seas. The tusks would be brought back from around Greenland and sold to merchants and collectors in Europe as magical and valuable objects of curiosity. They were thought to possess the power to be able to detect poison, and so were often placed on banqueting tables where they would ‘sweat tears’ if the food contained deadly substances. Queen Elizabeth I was said to have obtained a fine specimen by paying for its weight in gold. Belief in the existence of the unicorn persisted into the 18th century when over 100 ‘unicorn’ apothecary shops could be found in Germany.