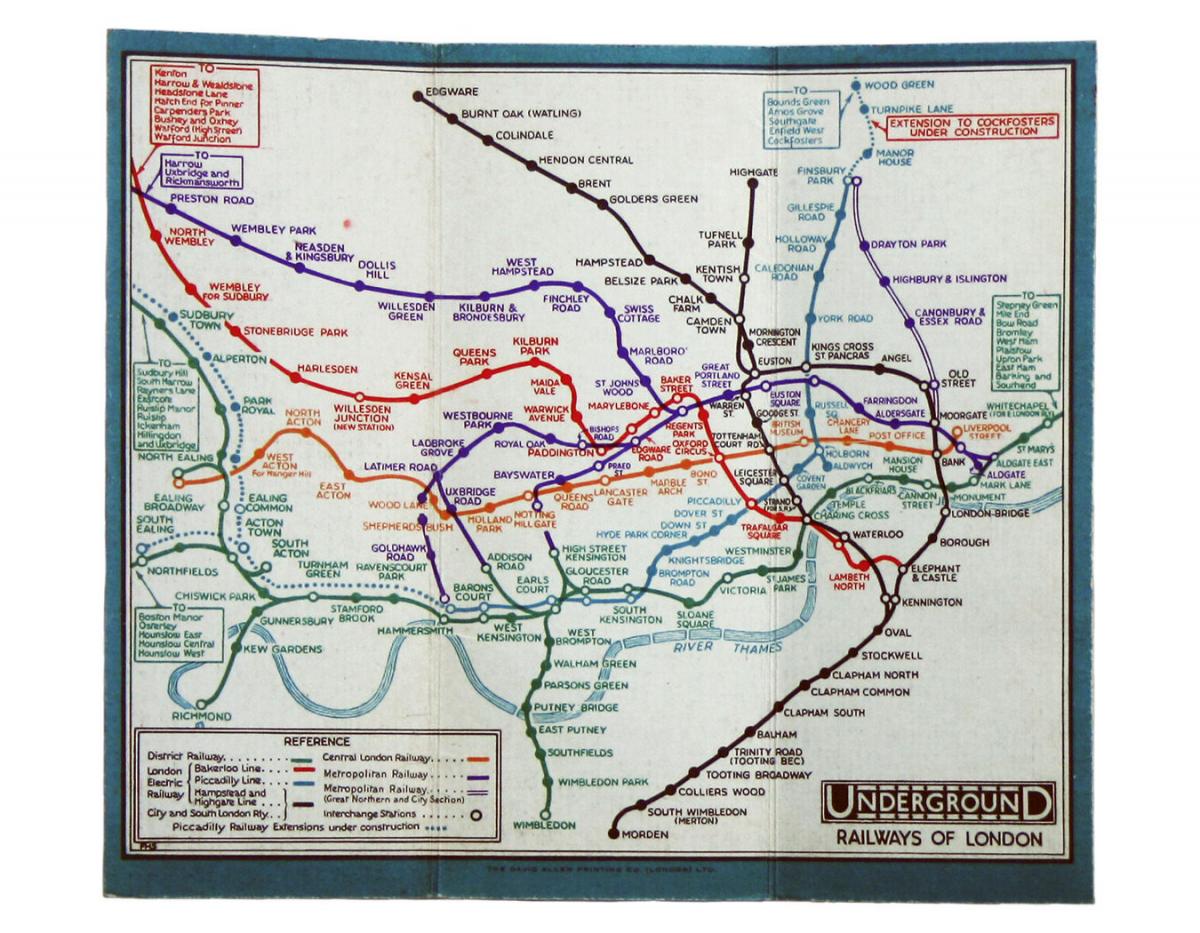 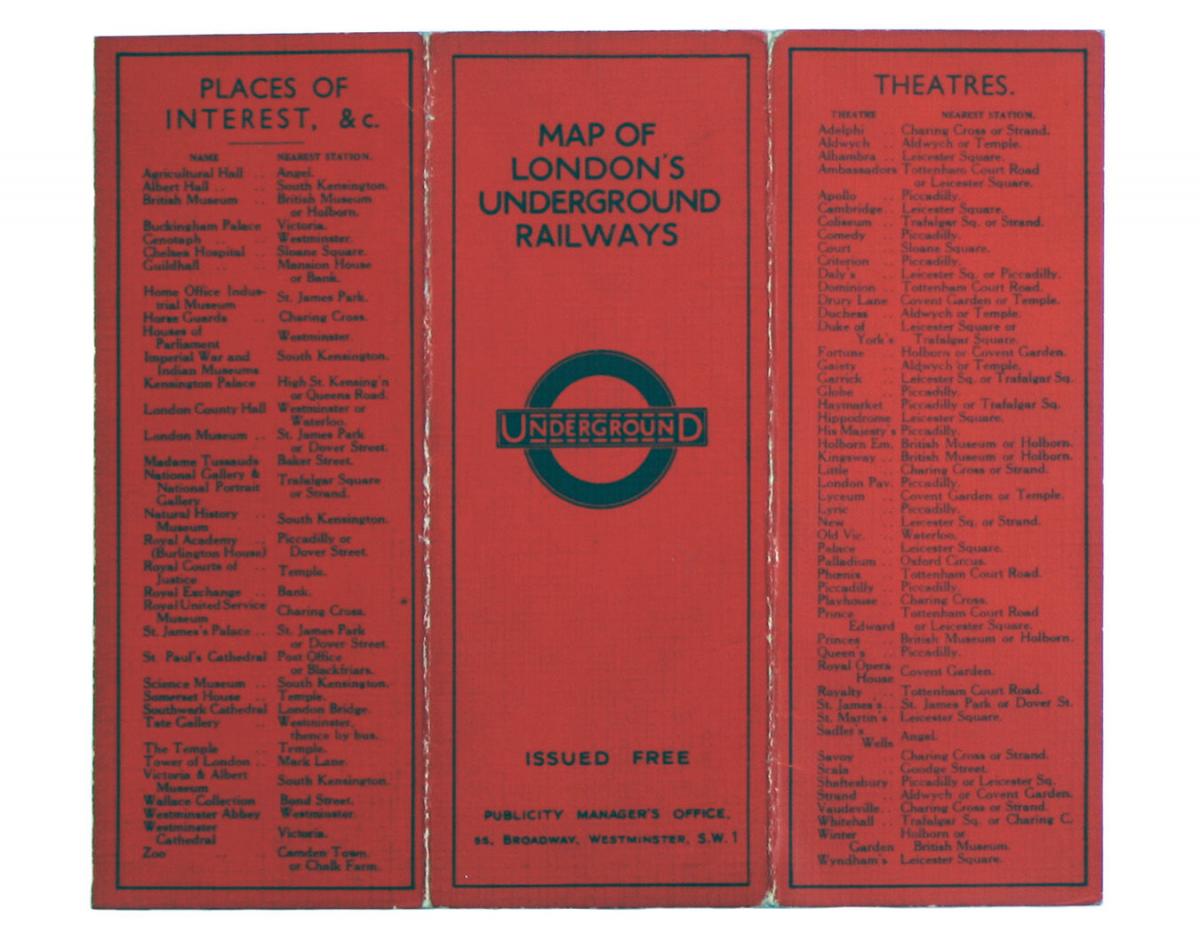 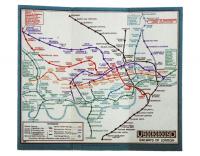 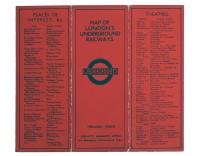 Our map is part of a series designed by Fred Stingemore which was issued free to passengers from 1925 onwards, and which was ultimately replaced by Beck’s diagram in 1933.

Although they were roughly geographical, all surface topography (even the Thames in early editions, although it was later reinstated as a point of reference, as here) was omitted and some some lines were twisted to fit into the available space.

The UERL had experimented with small three-panel maps with even before WW1, but Stingemore’s series cemented the format, and his maps are the ancestors of those given away at tube stations today. Later maps in the series were in this, slightly larger, format; the Cockfosters extension on the Piccadilly Line is under construction. 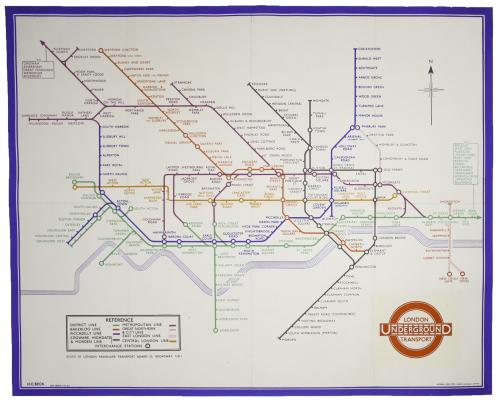 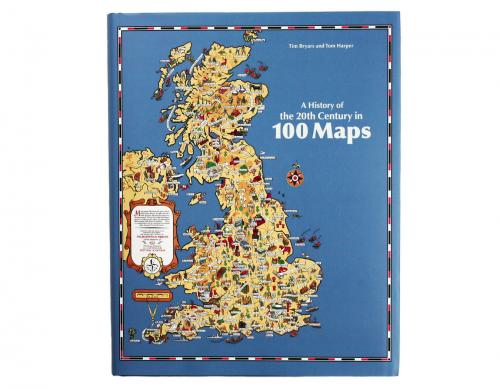 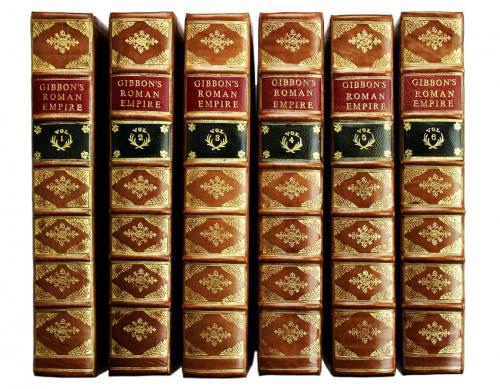