Still Life with Fruit on a Platter, Severin Roesen Studio, New York, Circa 1850 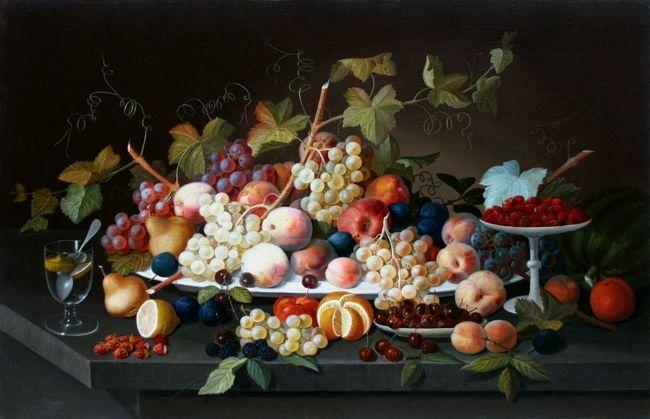 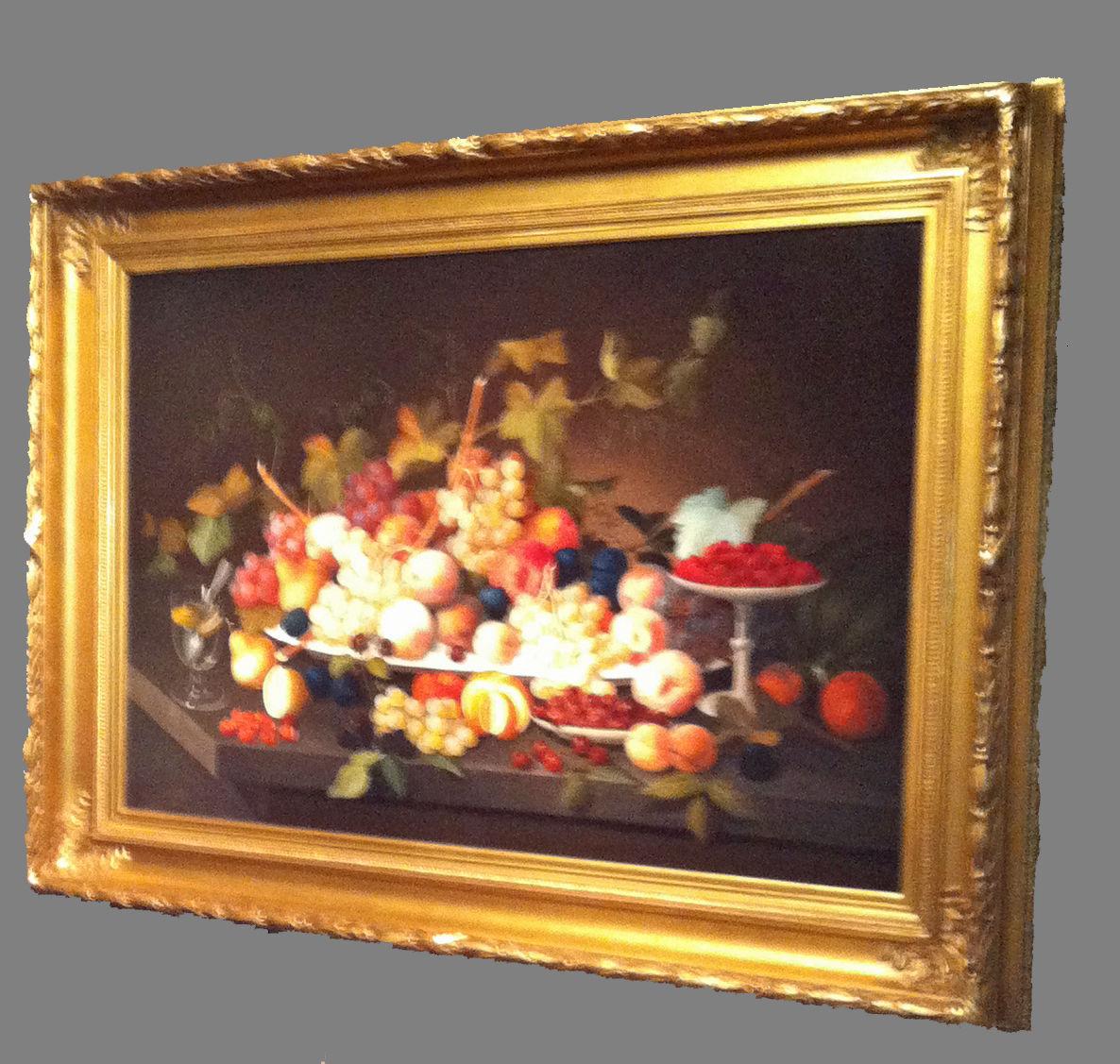 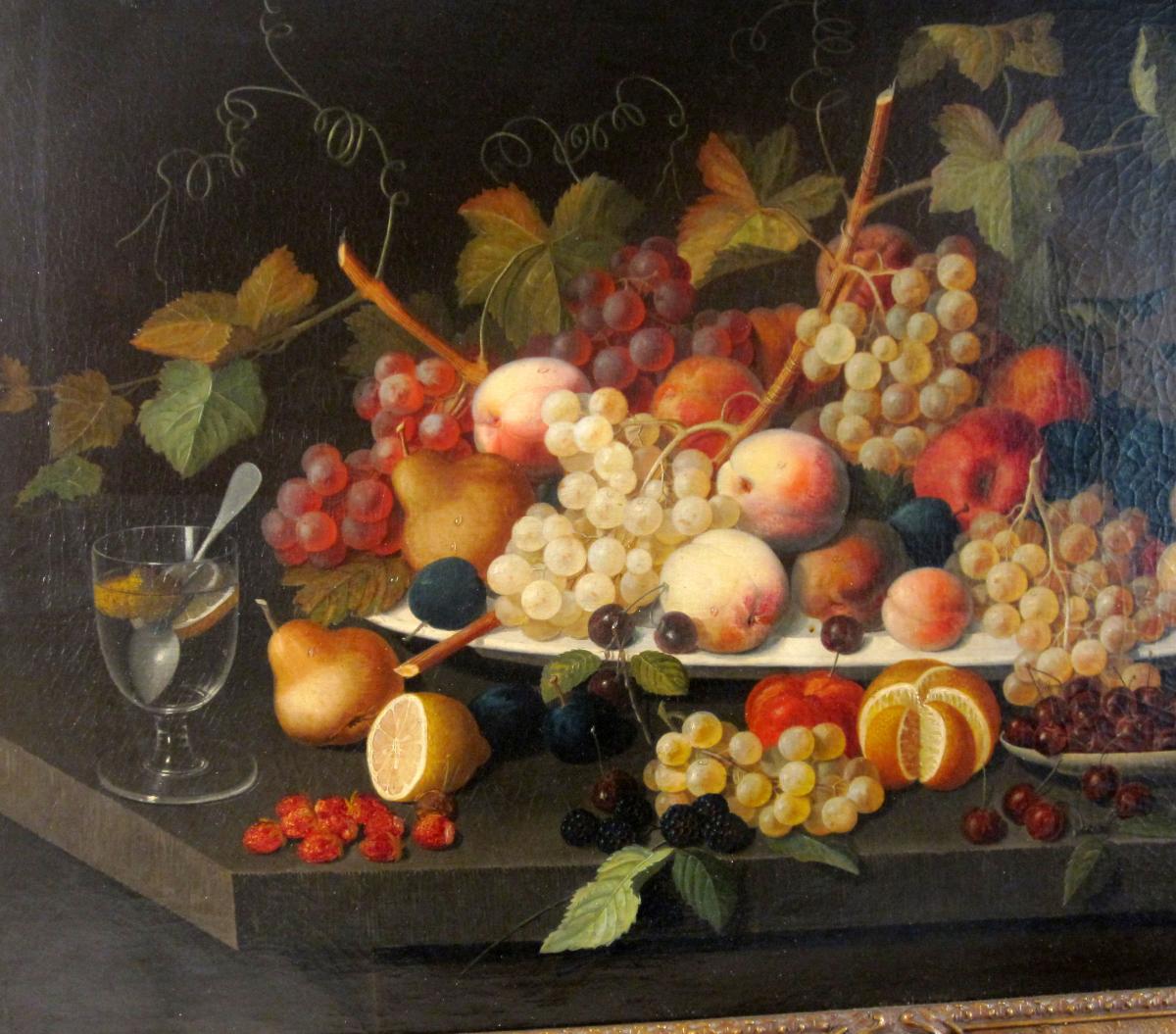 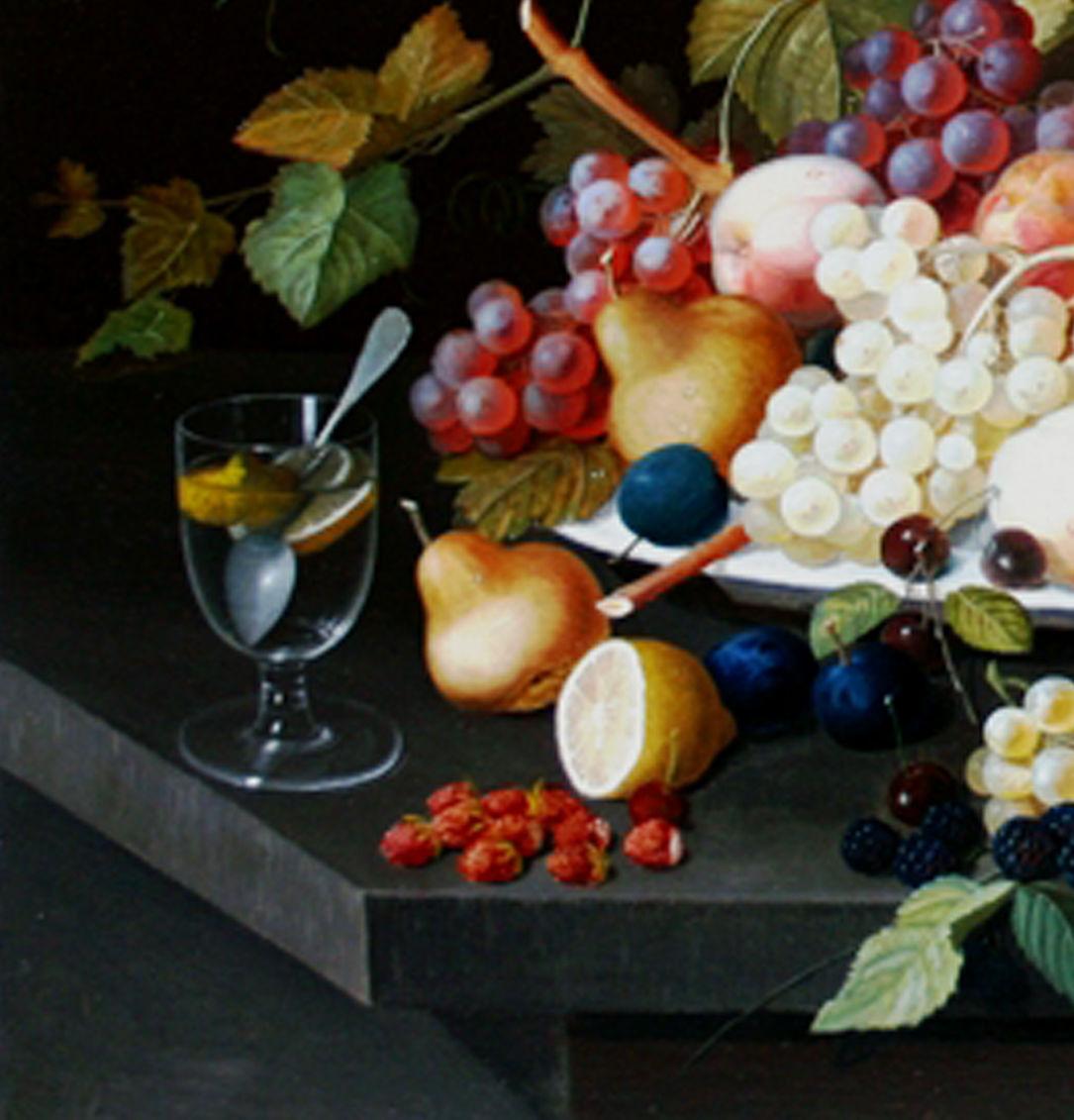 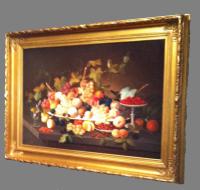 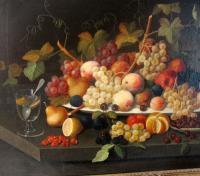 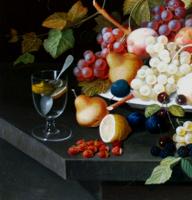 The attribution has been made by the Roesen expert, Judith Hansen O’Toole who wrote Severin Roesen, published 1991 by Bucknell University Press. Judith’s early studies were with Bill Gerdts, the widely published expert on American still-life painting.  She is currently the Director and CEO of the Westmoreland Museum in Greensburg, PA.

Ms. O'Toole has noted a painting signed S. Roesen and dated 1850 that is very similar to this one. It was exhibited at the Newark Museum in 1929 and sold by Vose Galleries at one point. Its location is currently unknown. It is 26 1/2 x 40 " and has a tomato in it! It is illustrated as plate 52 in her book.

Scholars believe Roesen’s studio was modeled in the Old Masters tradition. A master (in this case Roesen) would compose paintings and complete certain passages while his students did the more mundane, laborious work. It is known that Lacroix was among these students and evolved into a talent arguably as competent as Roesen.  There are elements in this composition such as champagne flutes (ours probably is done by Roesen because it’s so well executed) or compote repeated which is typical of their work. Judith indicated to me the better portrayed grapes were probably also by Roesen.

This style of still-life painting became very fashionable in its day. It has its roots in Dutch, and later, German style-life traditions which appealed to the evolving continental tastes of the period.  Also, the subject matter was accessible to the rising middle class who identified with the abundance and prosperity implied by the subjects.  Roesen exhibited and sold paintings broadly.  From his NY studio work was sold in Detroit, Boston, New Orleans, Charleston, WV, Georgia, and Maine.

Roesen painted his largest works while he was in Williamsport, PA and these were sold to taverns and restaurants. It was during that period that many respectable wives no longer wanted his paintings for fear there would be unsavory comparisons. The size of our painting would be another indication that it was completed in NY. 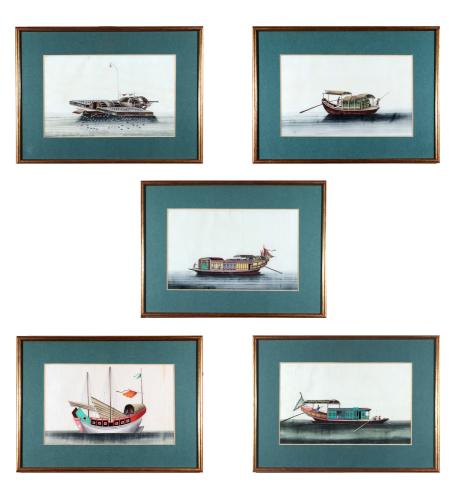 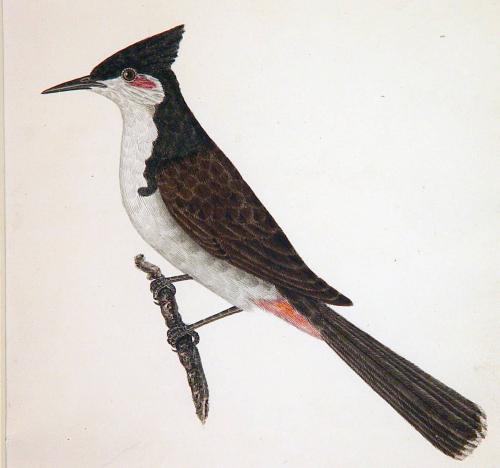 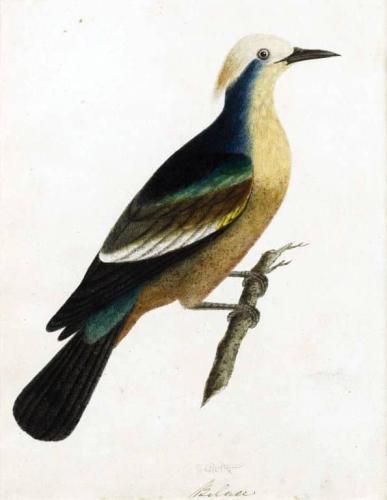 East India Company School Picture of A Bird Titled Bilace, India, Circa 1780-1820
Earle D Vandekar of Knightsbridge, Inc
View all from this dealer