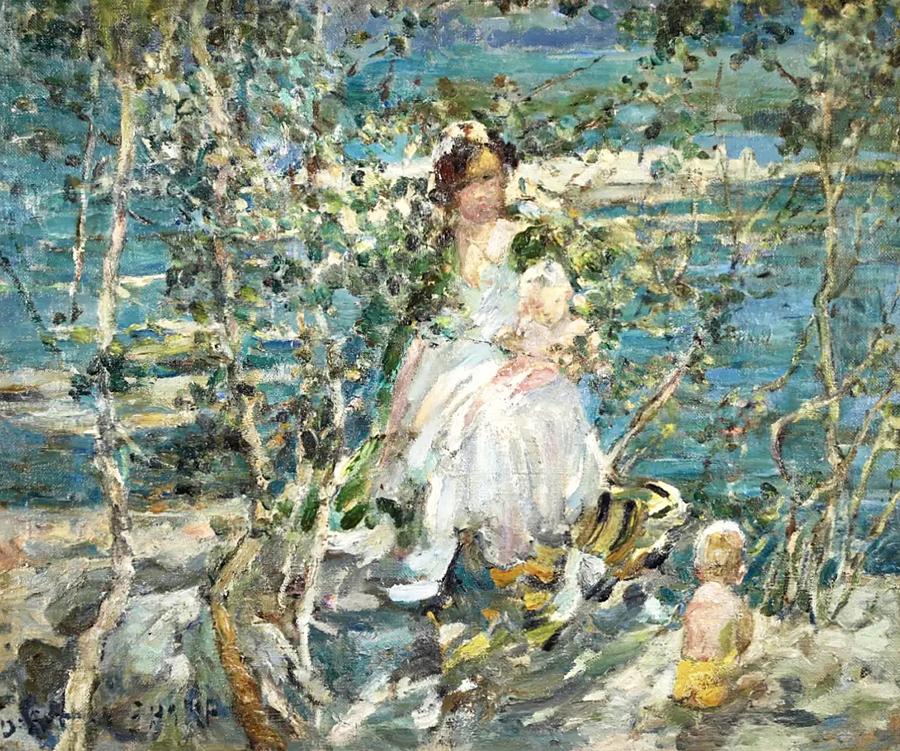 Springtime by the River.

Dorothea Sharp painted in the ‘British Impressionist tradition’ of naturalistic child paintings and colourful still lifes, but by adopting the technique used by Matisse, Van Gogh and Gauguin of outlining their images with bright, dark colours, she made a significant contribution to its evolution.

She was born in Dartford, Kent in 1874 and studied at art school in  Richmond and at Regent Street Polytechnic before continuing her studies in Paris. She exhibited at the Royal Academy between 1901 and 1948, at the Royal Hibernian Academy, to which she was elected to membership in 1907, and at the Society of Women Artists of which she was vice president.

For much of her life she lived in London, but moved to St Ives in 1940.  Whilst in St. Ives, she was often to be found painting on Porthmeor beach, surrounded by children, mostly the daughters of fishermen, who were her chief sitters.

The girls used to love to dress up in the wardrobe of pretty frocks and costumes that the artist carried with her for this purpose. On rainy days, she often painted still lives, often composed in her studio window. 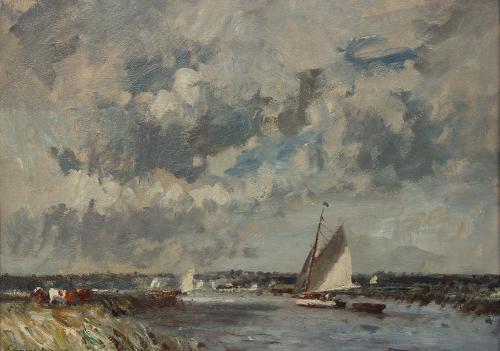 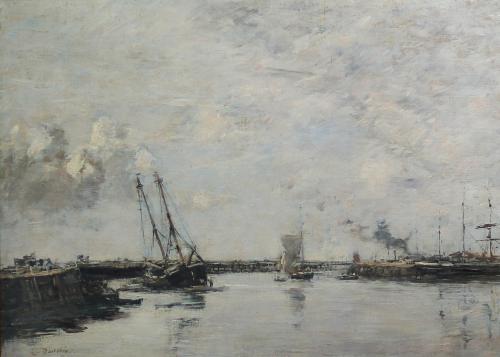 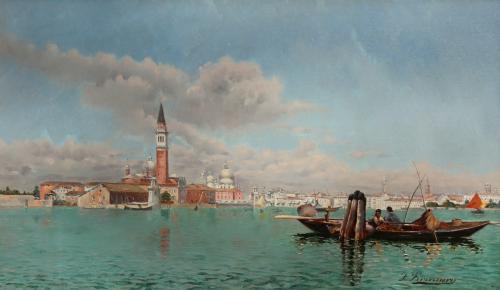