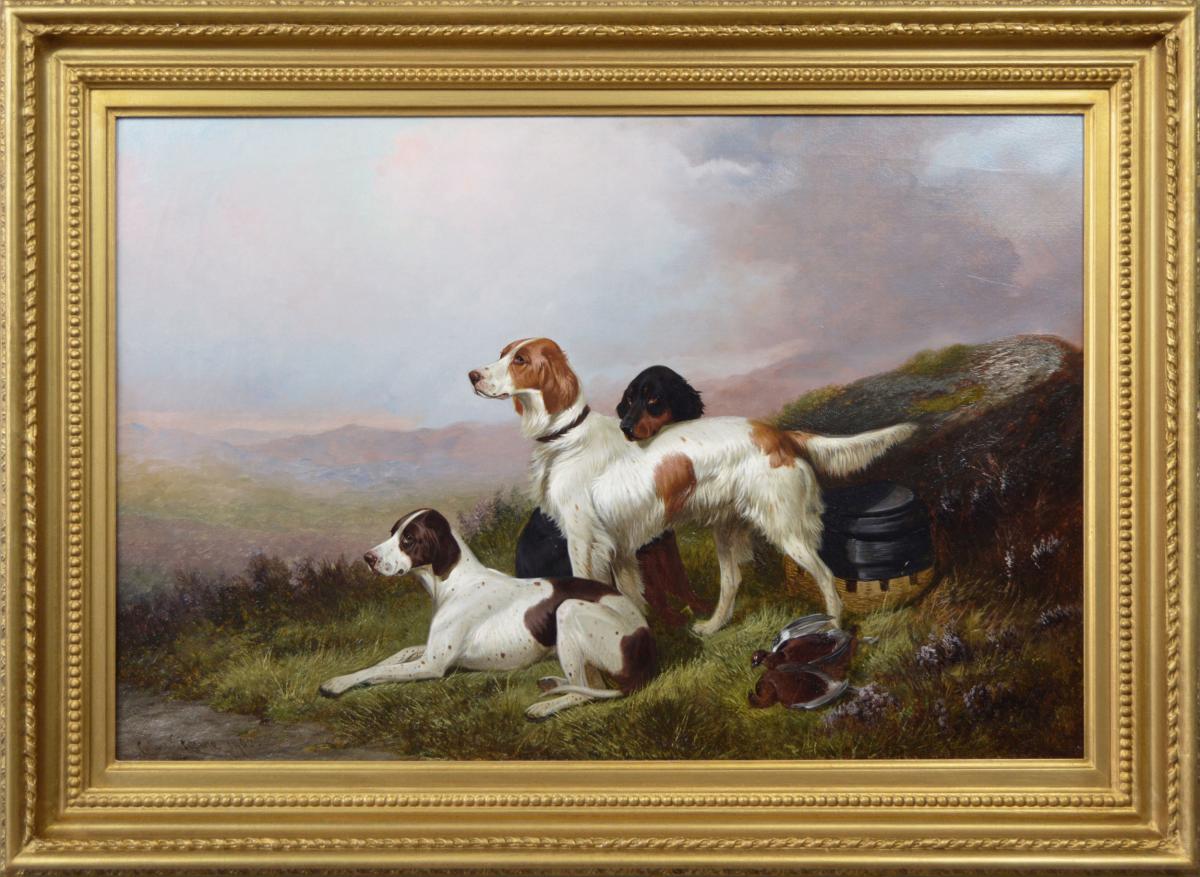 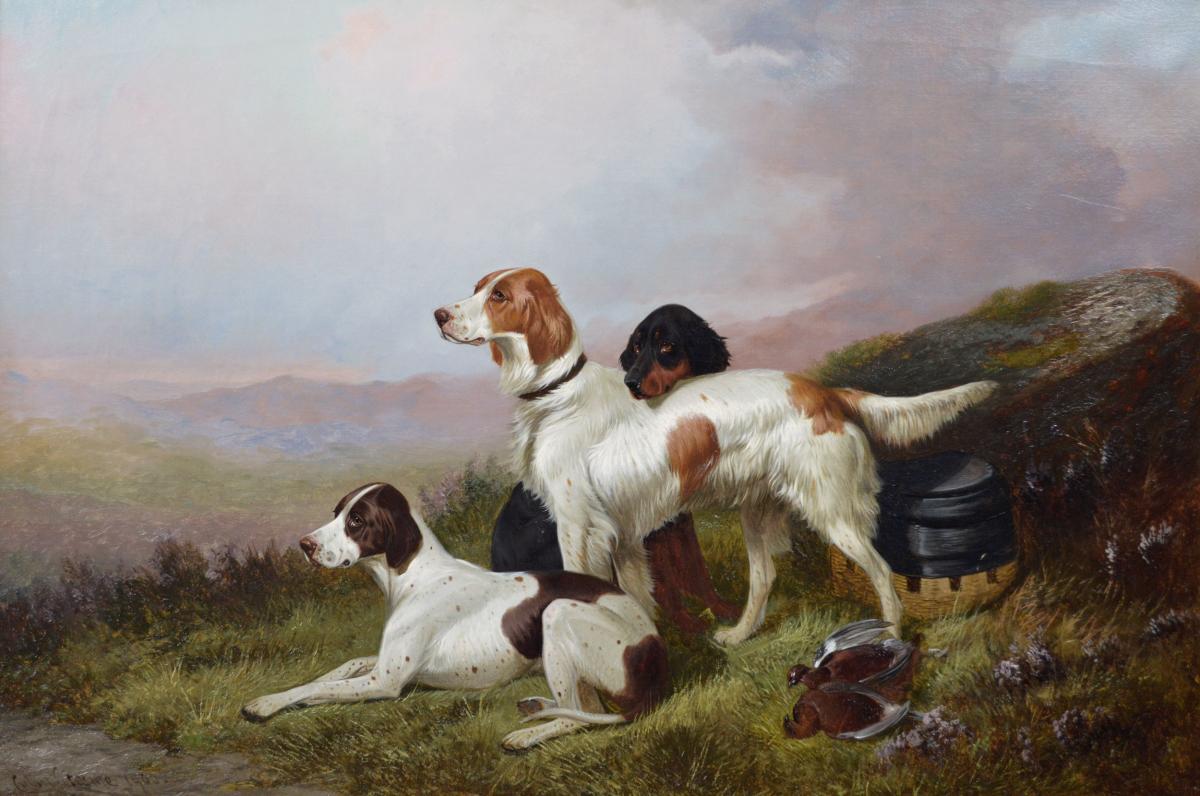 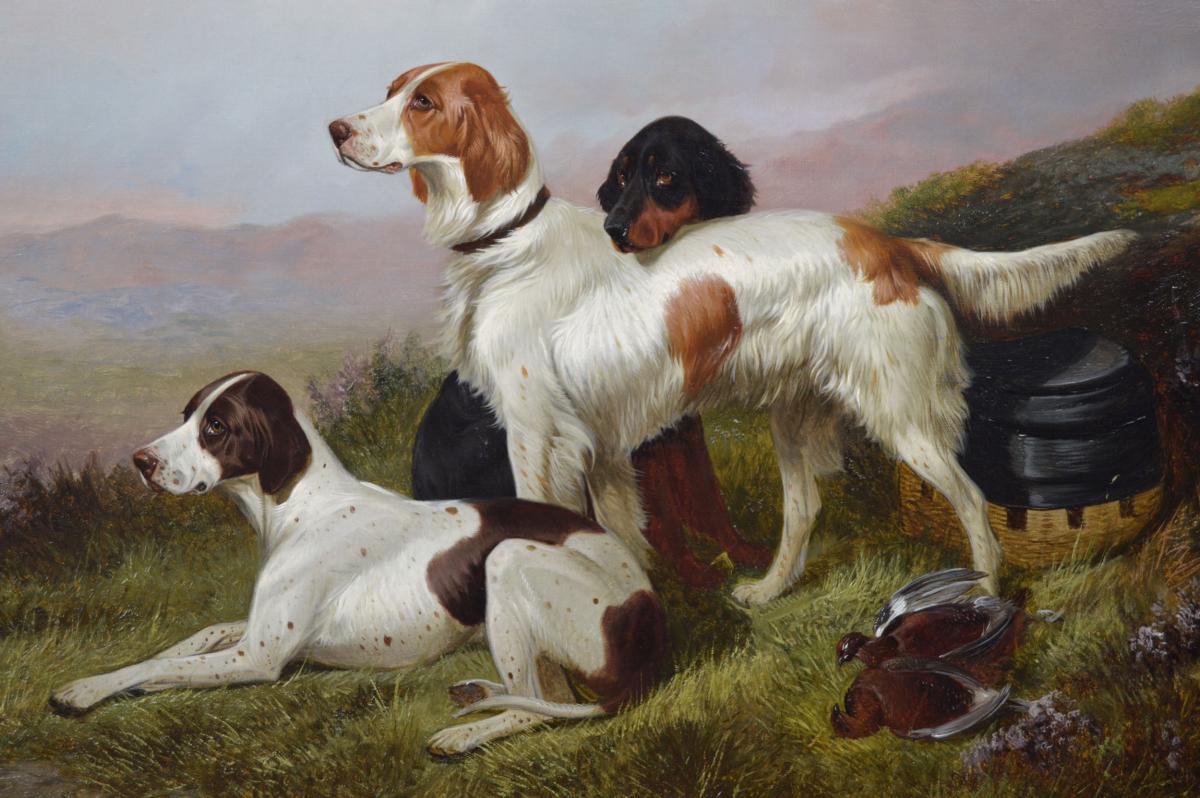 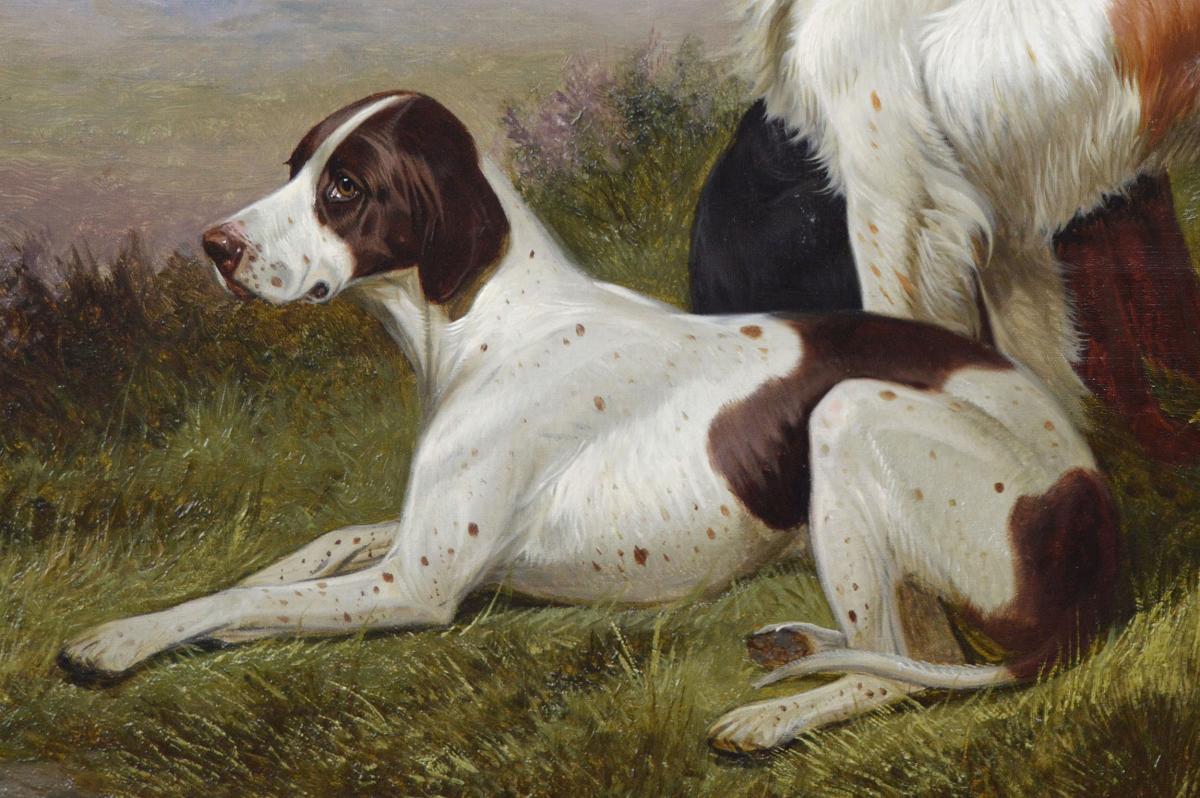 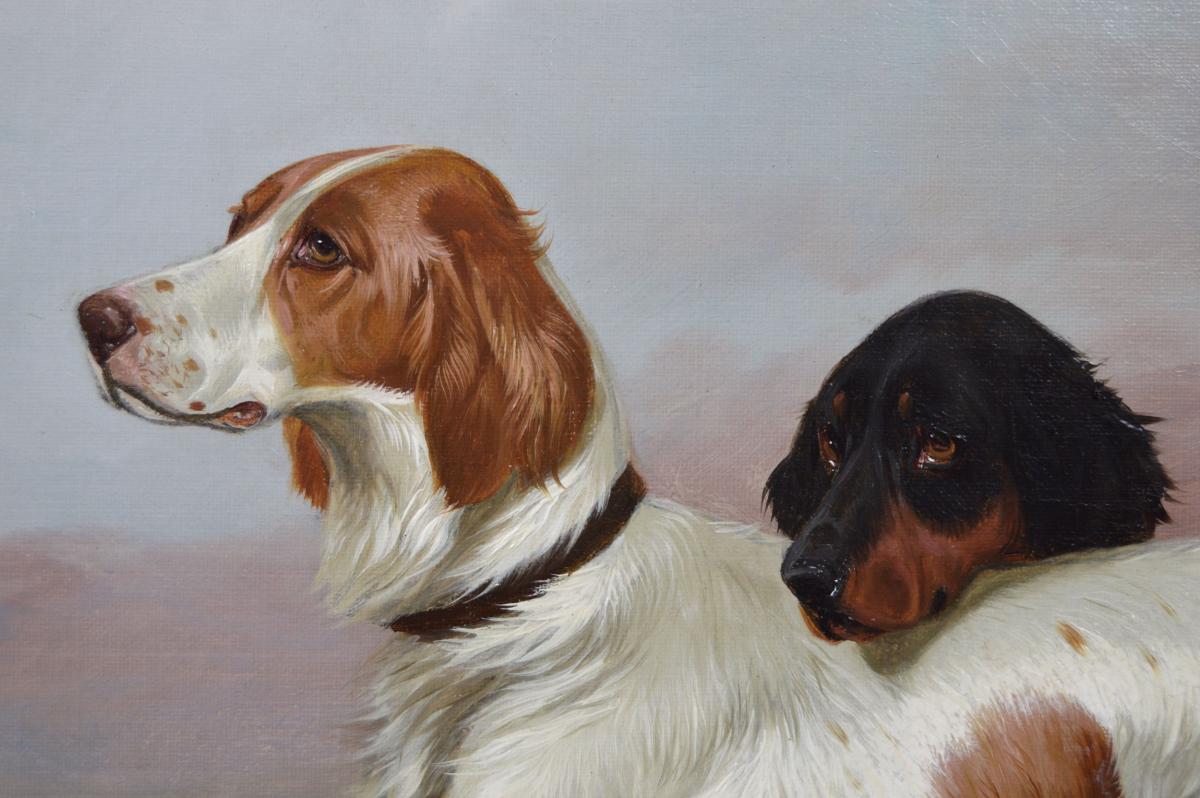 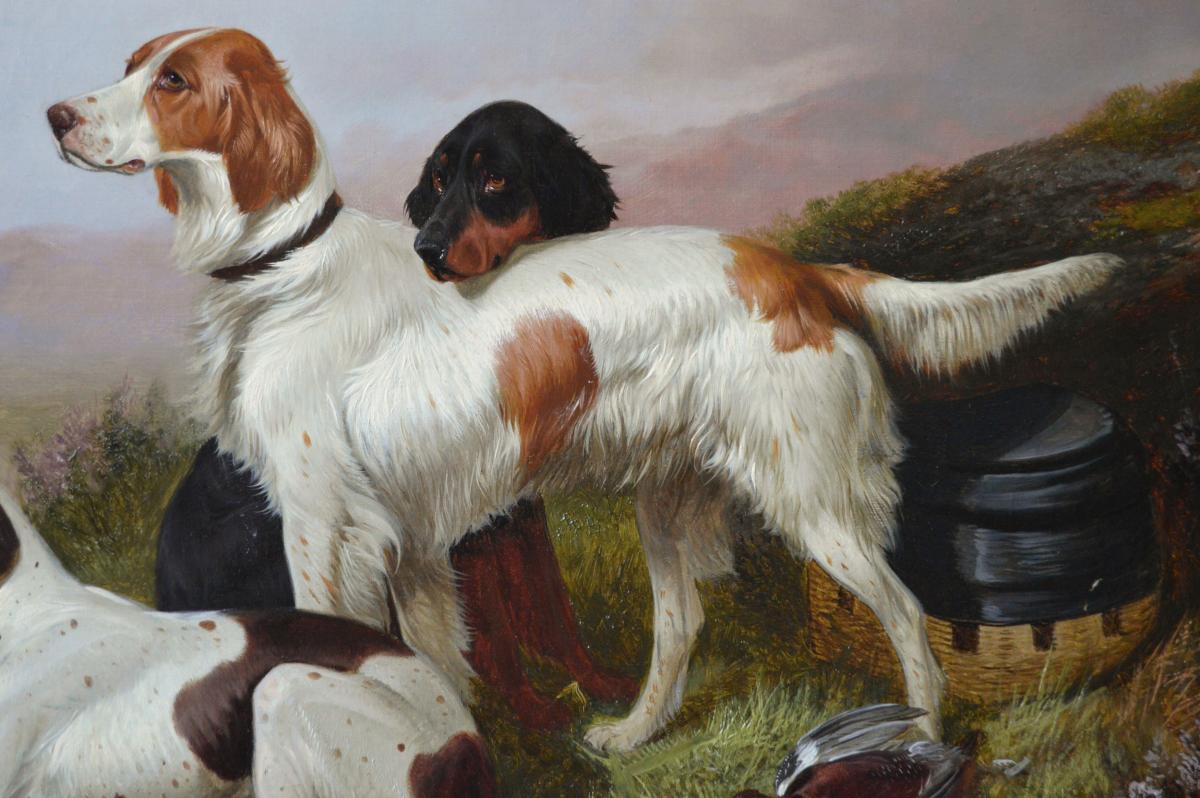 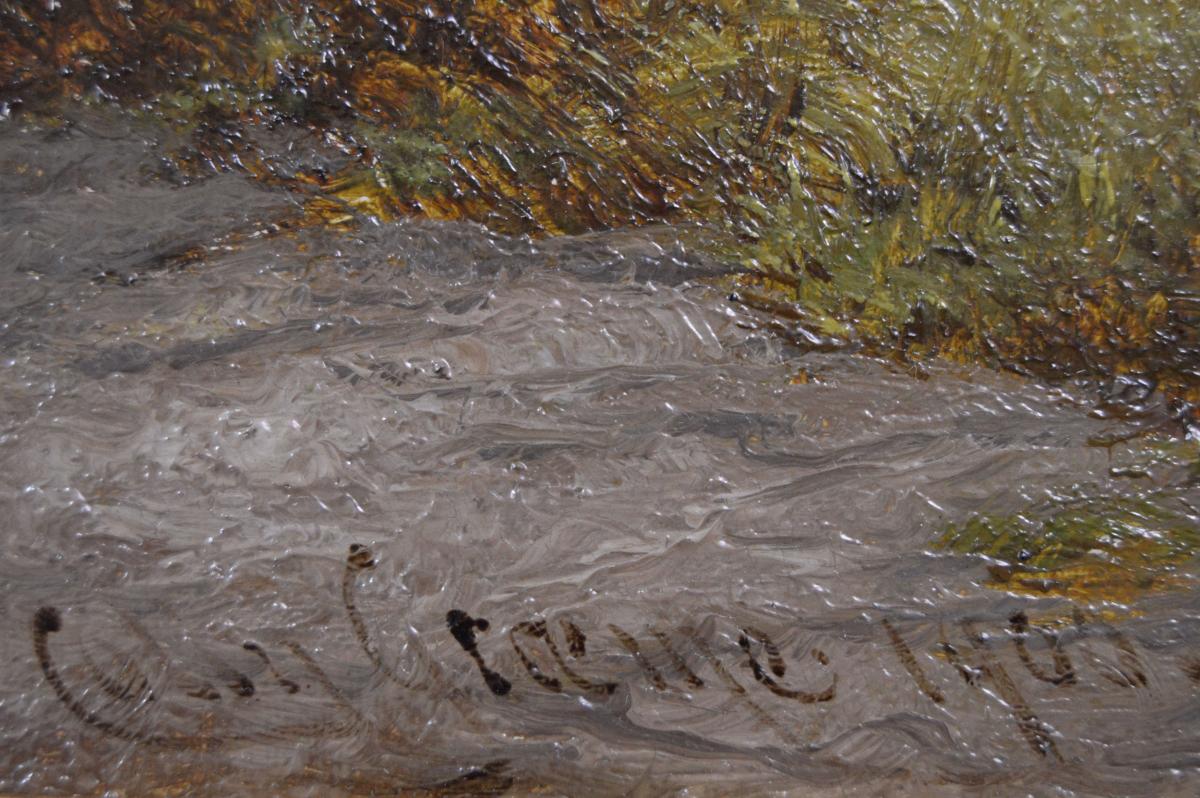 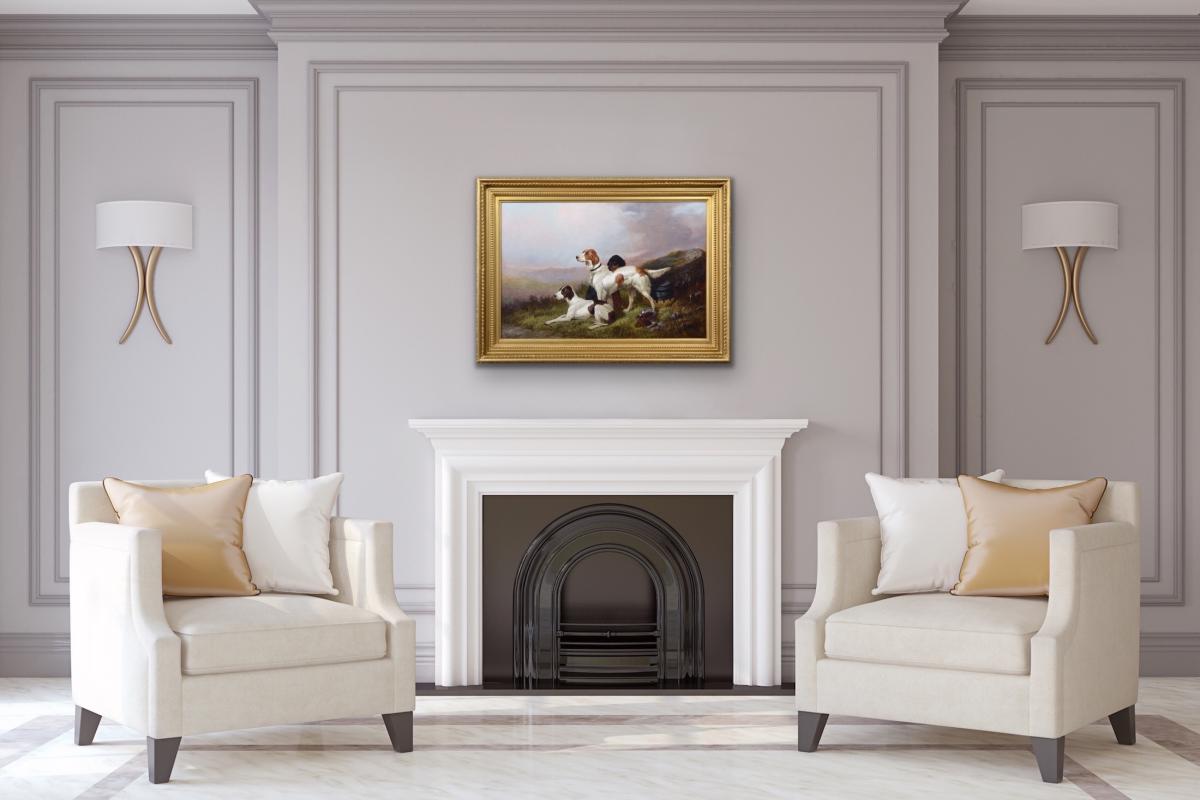 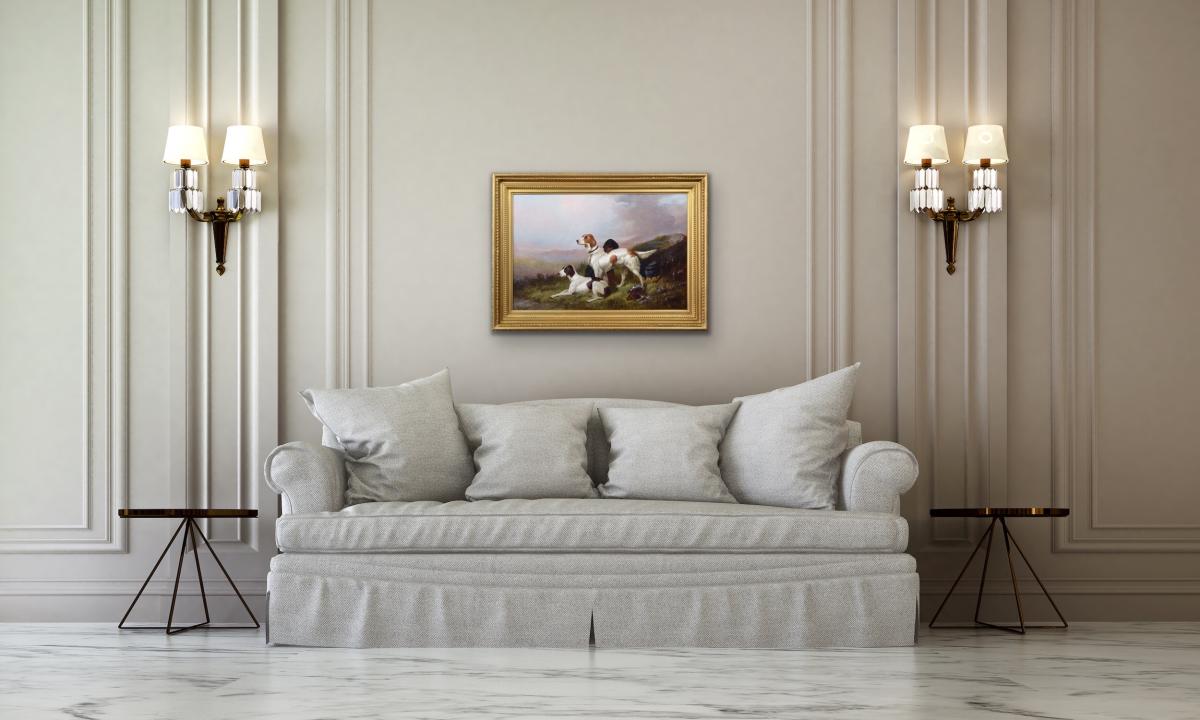 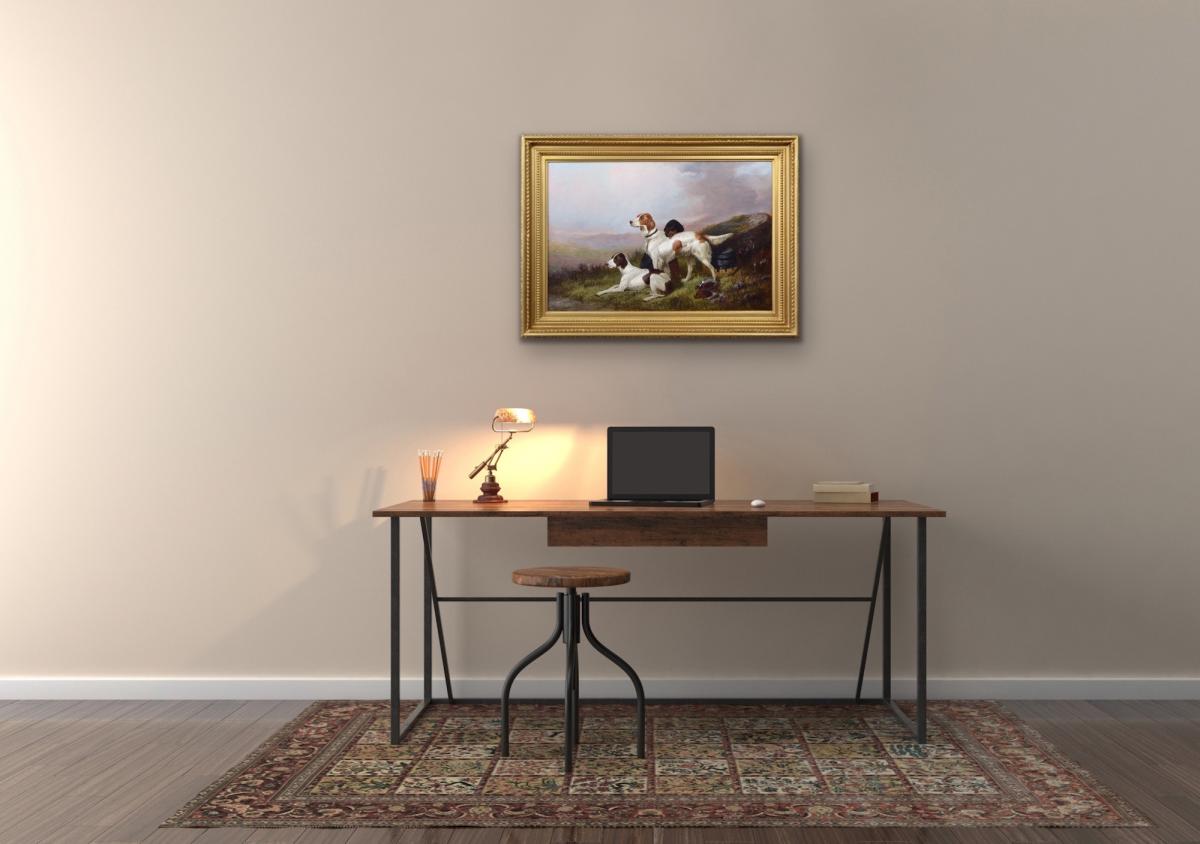 The family lived in Cumbria and then Yorkshire in Boston Spa, but by 1871 had settled in Eyam near Sheffield. He was probably tutored by his father who influenced his style and subject matter, alongside his siblings. He initially signed his work ‘Colin Graeme Roe’ but later dropped the surname ‘Roe’ in order to distinguish himself from other artist family members, such as his older brother Clarence.

He married Caroline Louisa Andrews at Oystermouth, Glamorgan on 21 September 1876 and together they had 5 children. They lived in Swansea for a time before settling in Sheffield at 20 Rupert Road. By 1901, they were living at 97 Meersbrook Park Road. Although he spent most of his life in Sheffield he did travel around earning commissions and spent some time in Whitstable, Kent around 1886 where their daughter Margery was born. He died at Sheffield in April 1910.

Roe was a highly gifted painter and became best known for his excellent depiction of sporting dogs. He was particularly fond of painting setters especially the Irish Red and White and Gordon Setter such as in this finely painted example. A number of his works can be found at the Dudley Museum and the Sheffield Museum.

Presentation: The painting is housed in a new English made gilt frame which is in excellent condition.
Condition: As with all of our original antique oil paintings, this work is offered in ready to hang gallery condition having just been professionally cleaned, restored and revarnished. 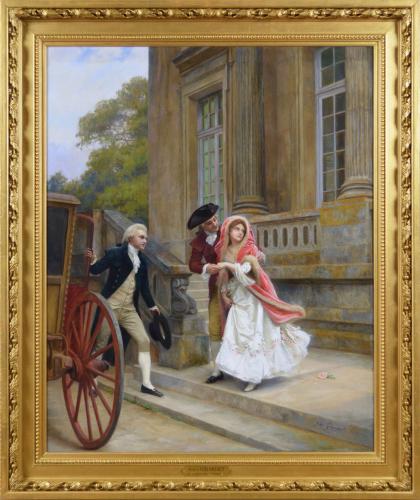 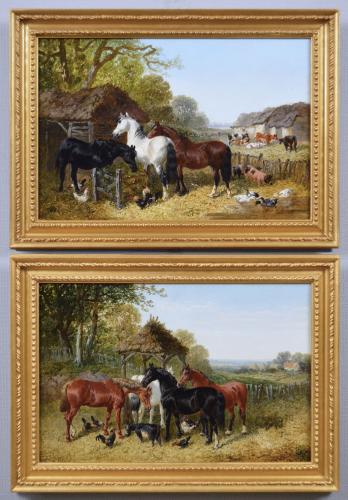 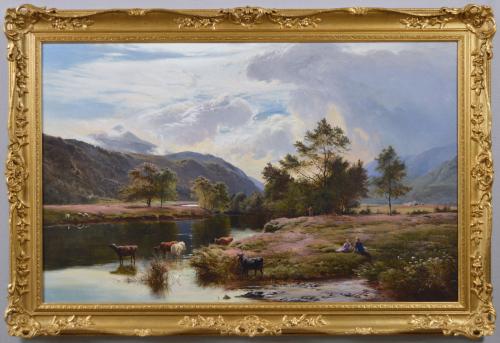