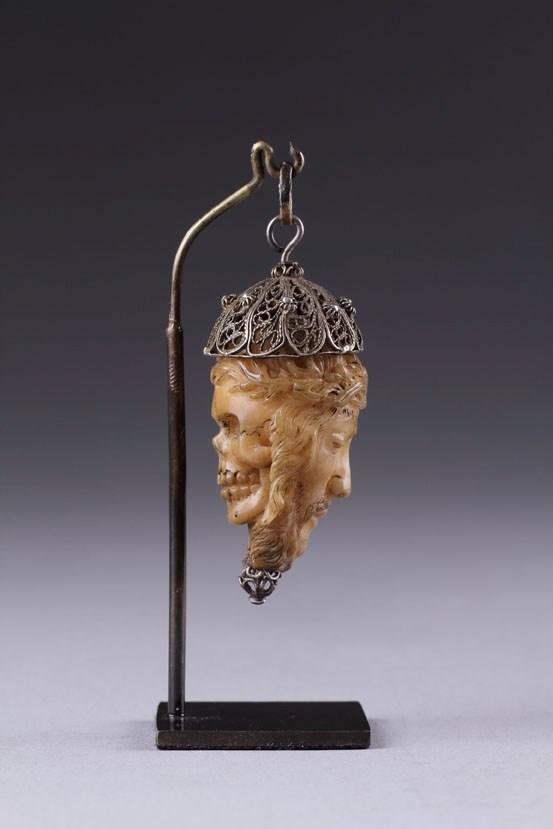 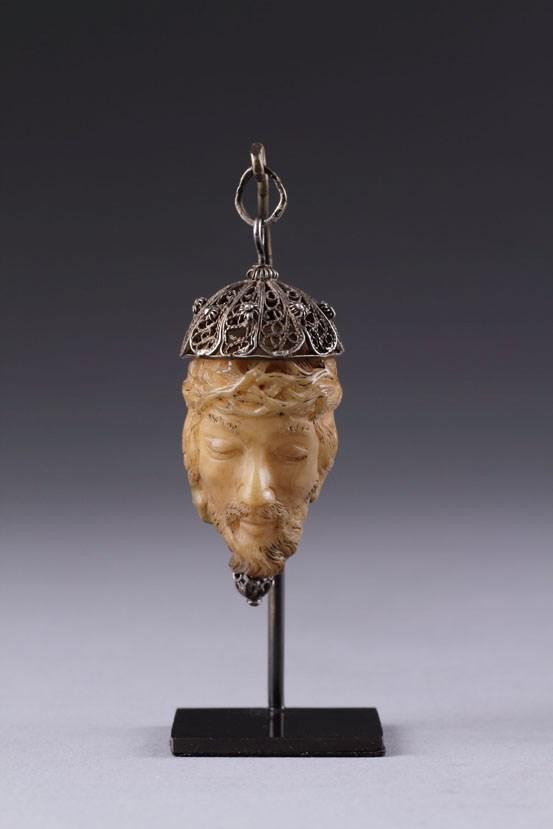 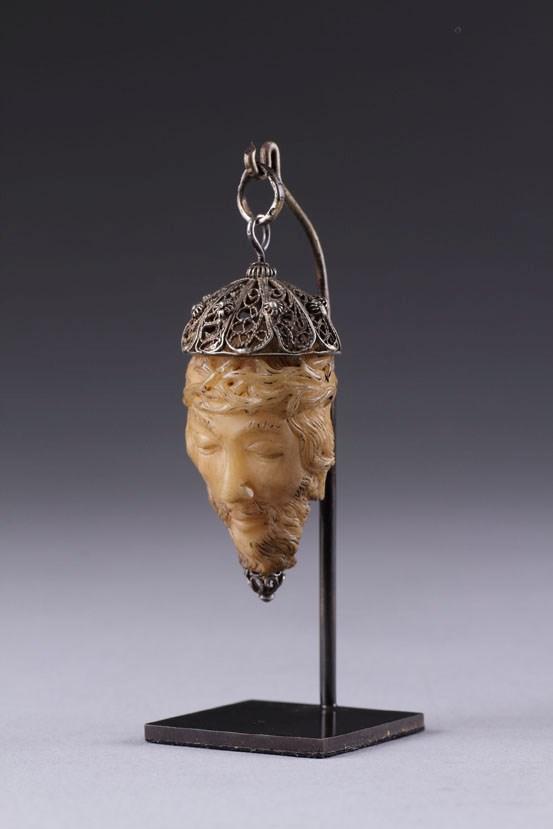 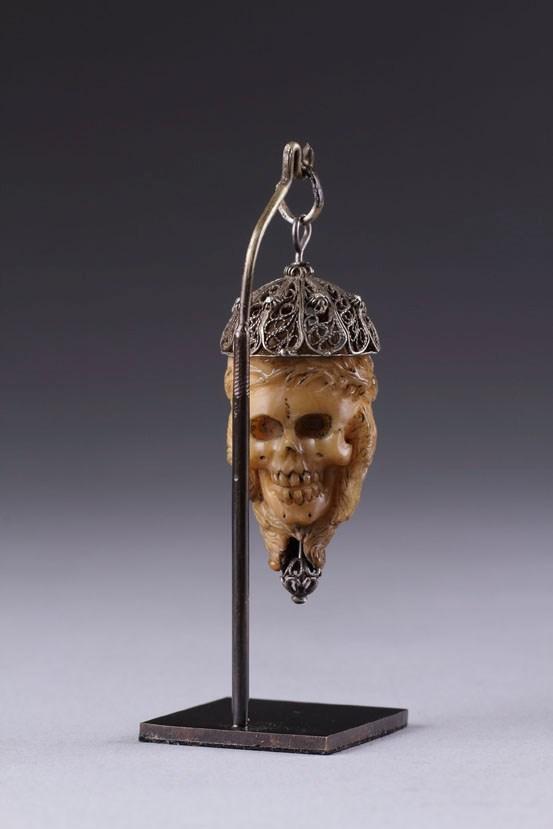 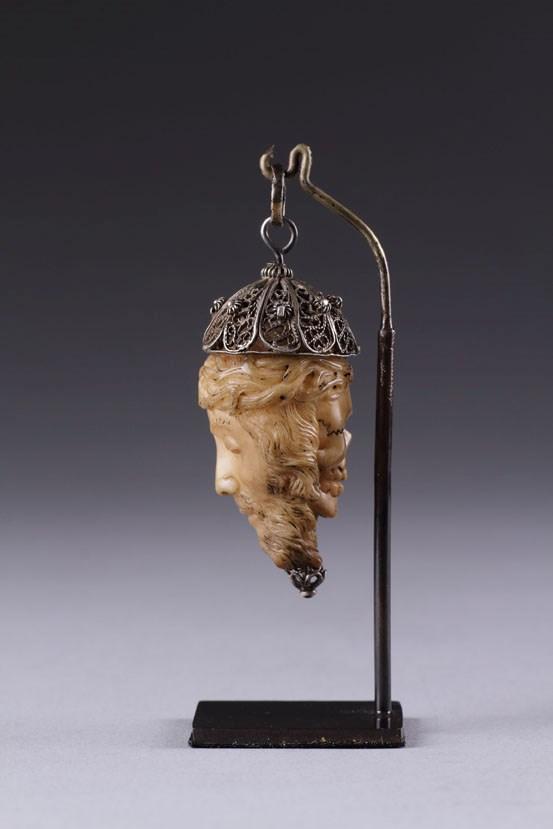 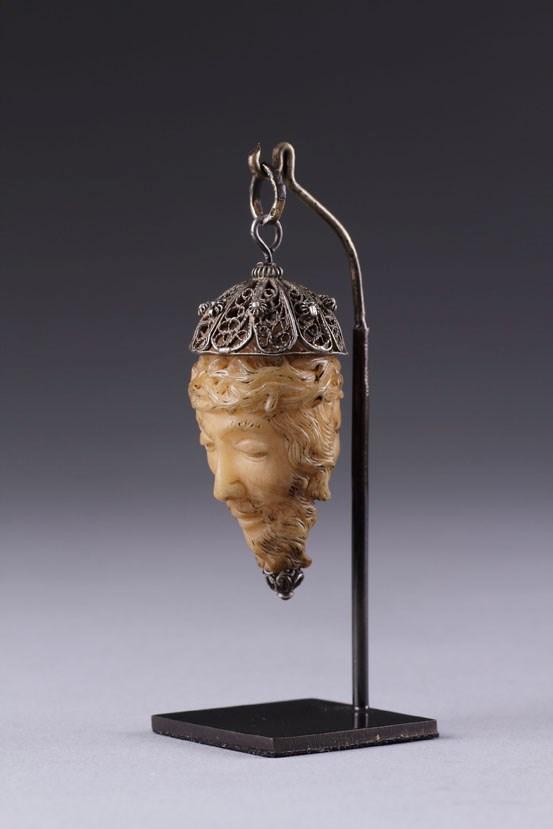 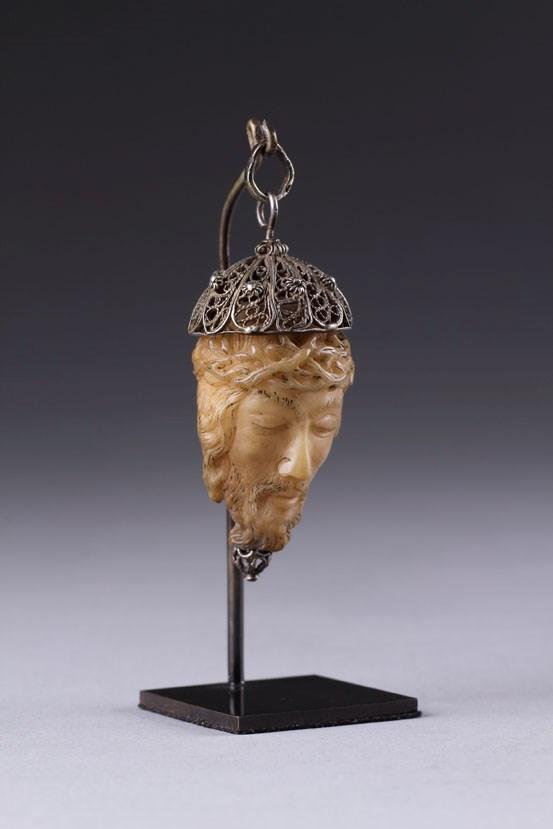 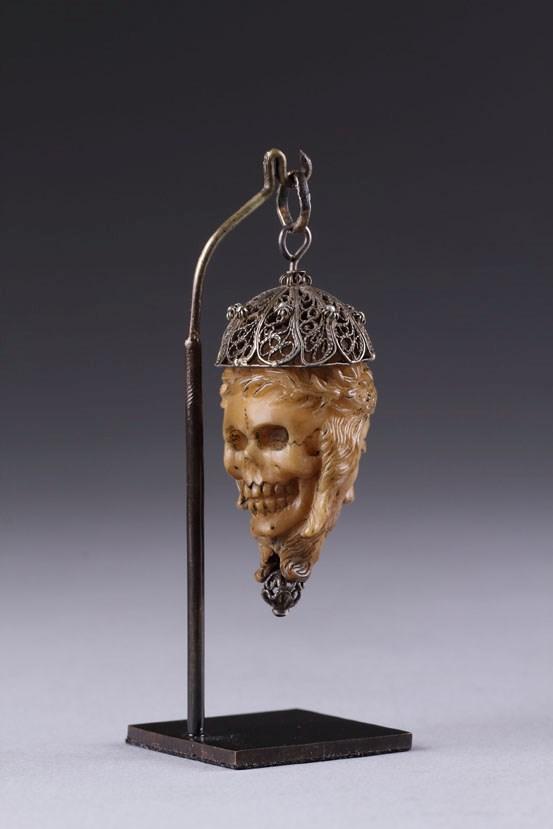 The rosary was one of the most popular forms of sequential prayer and large single rosary beads were commonly used for private devotion by members of the wealthy classes of Europe. Normally attached to a string of rosary beads as well as being precious objects, they functioned as a focus for prayer and meditation.

By the clergy they were used as visual stimuli to encourage mystical thought and as a preparation of union with God through contemplation of the bead the worshipper was drawn into a sort of religious microcosm in which the small scale of the carving helped to concentrate the mind.

Meditation on death encouraged reflection on the vanity of worldly pleasures, the skull being used as a symbol of disdain for the world whilst the image of Christ demanded repentance and granted forgiveness. 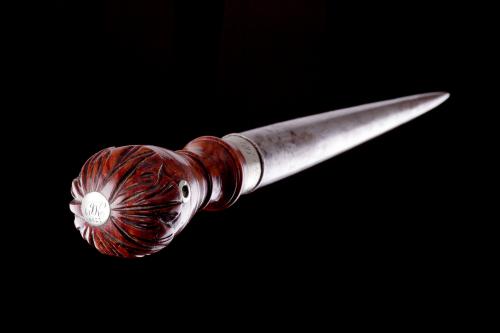 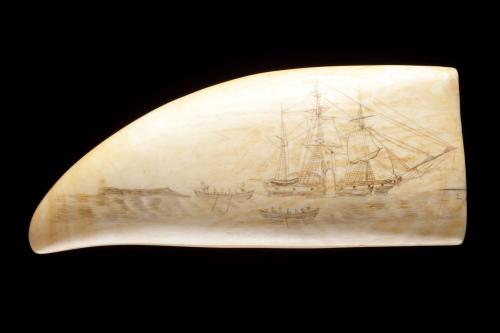 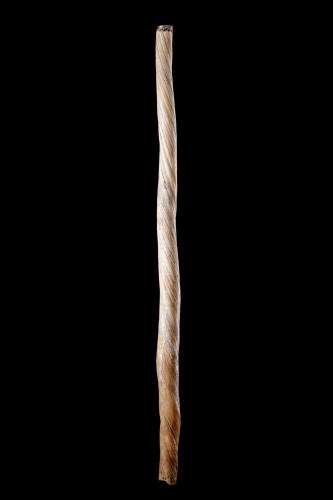