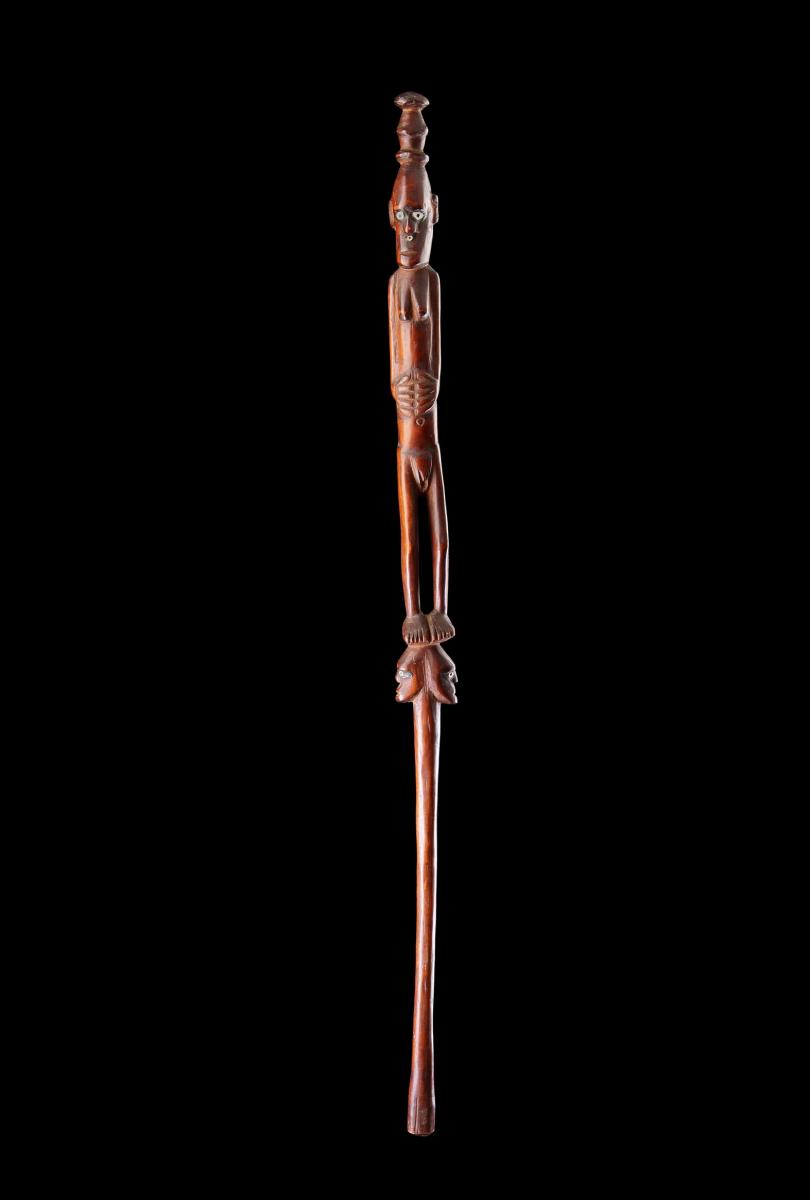 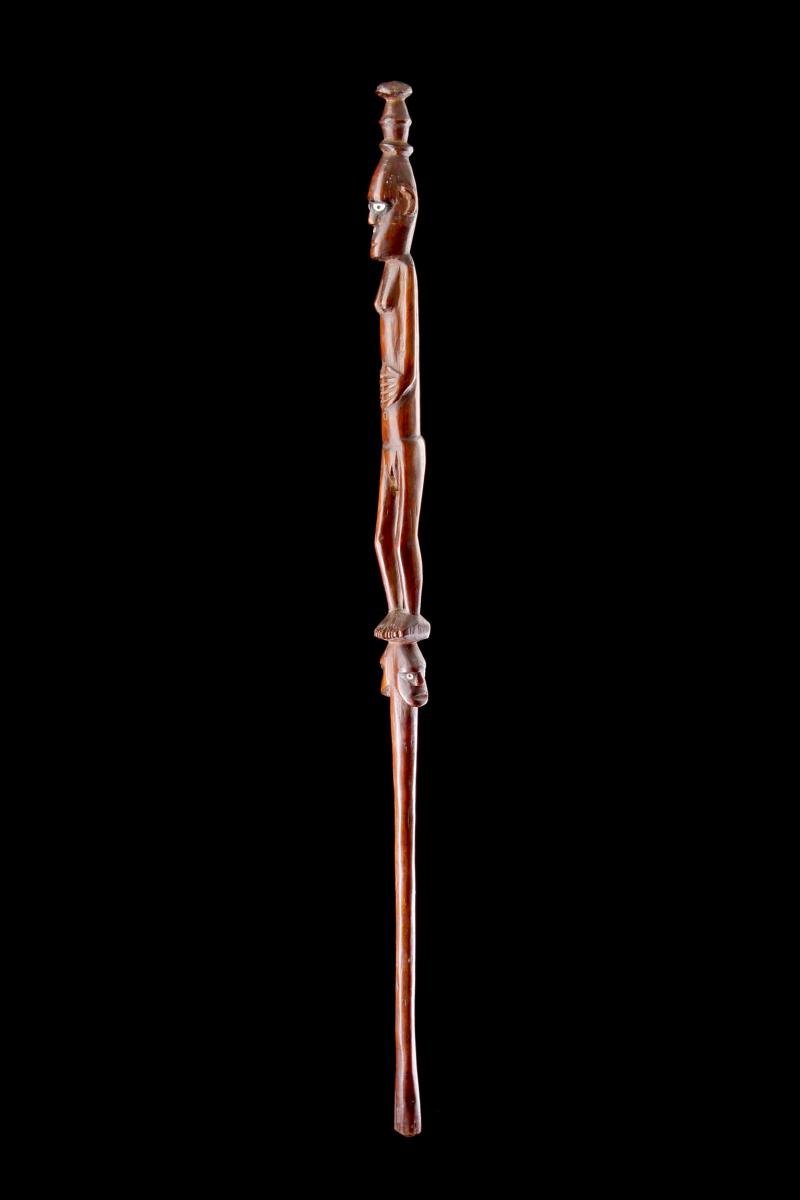 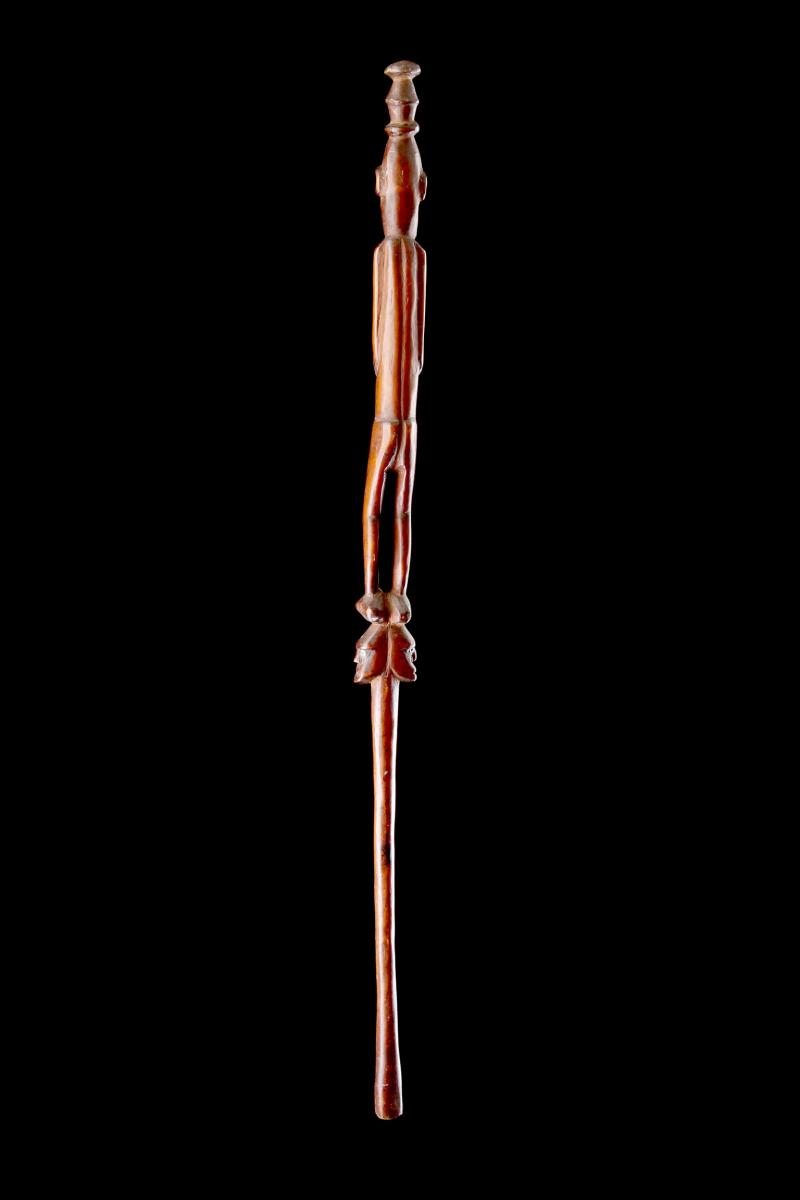 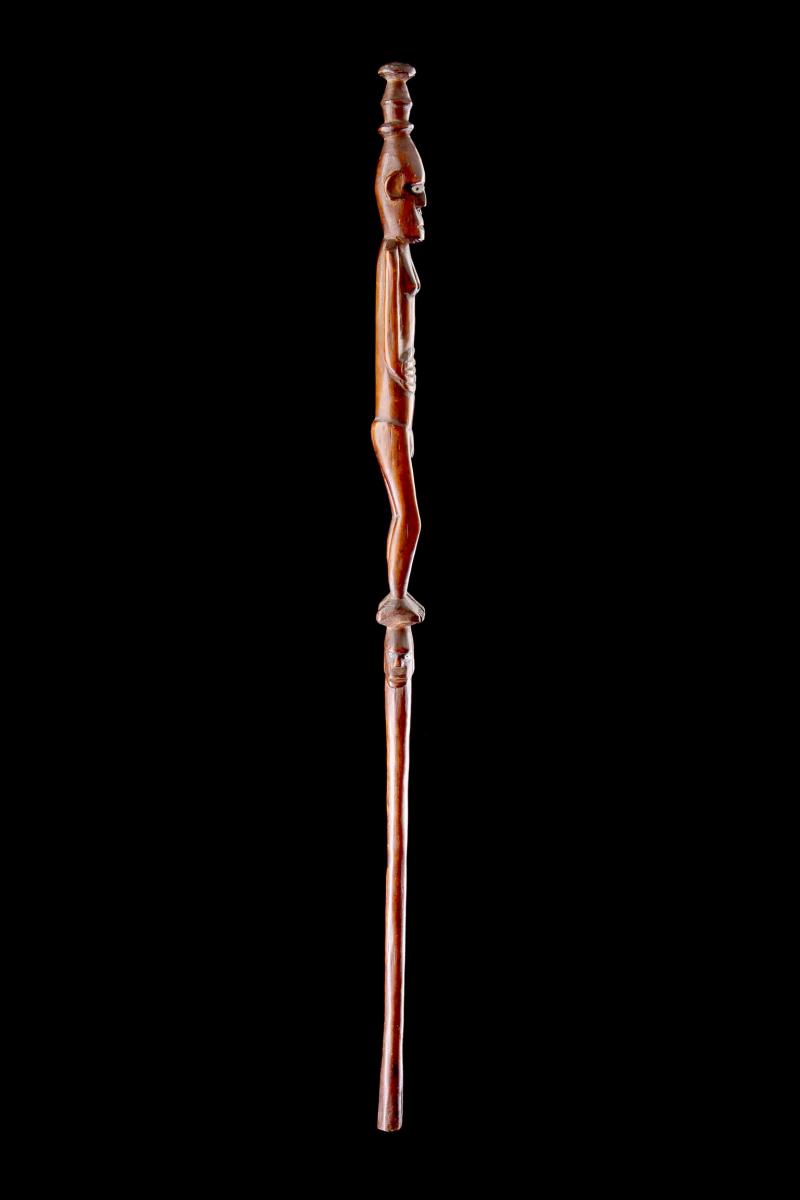 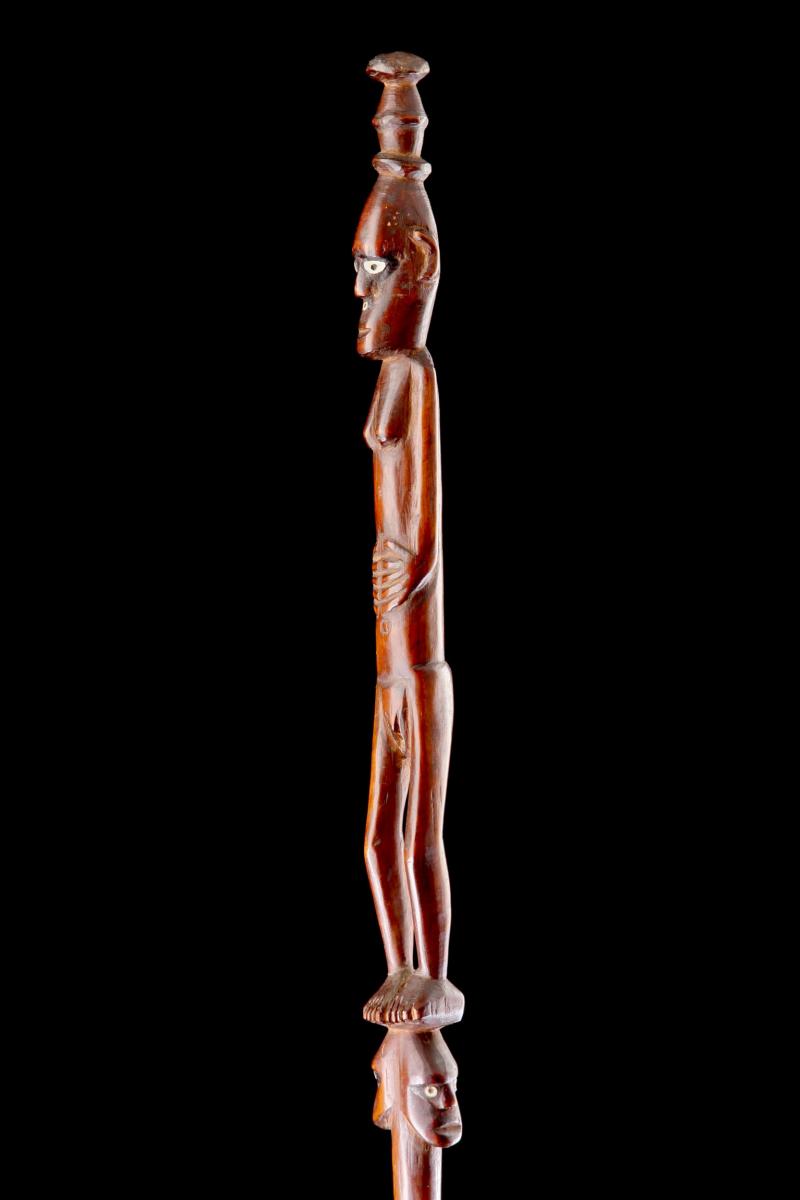 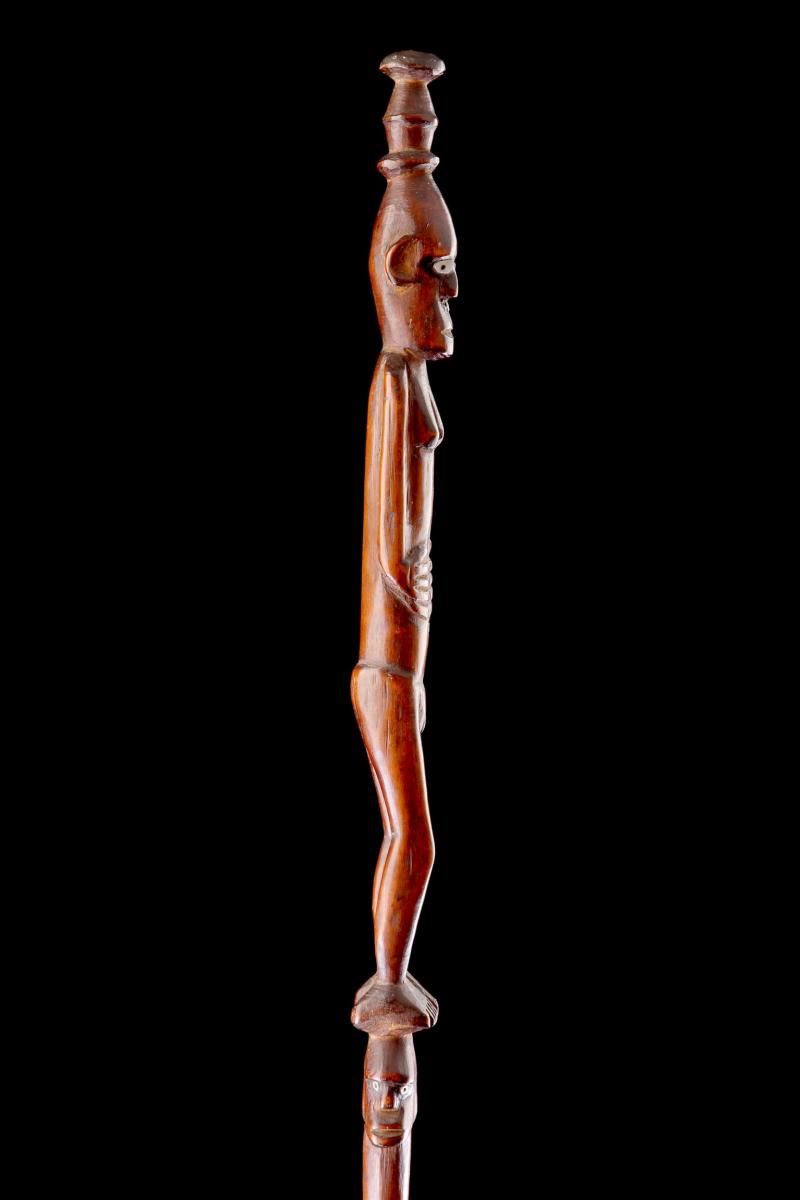 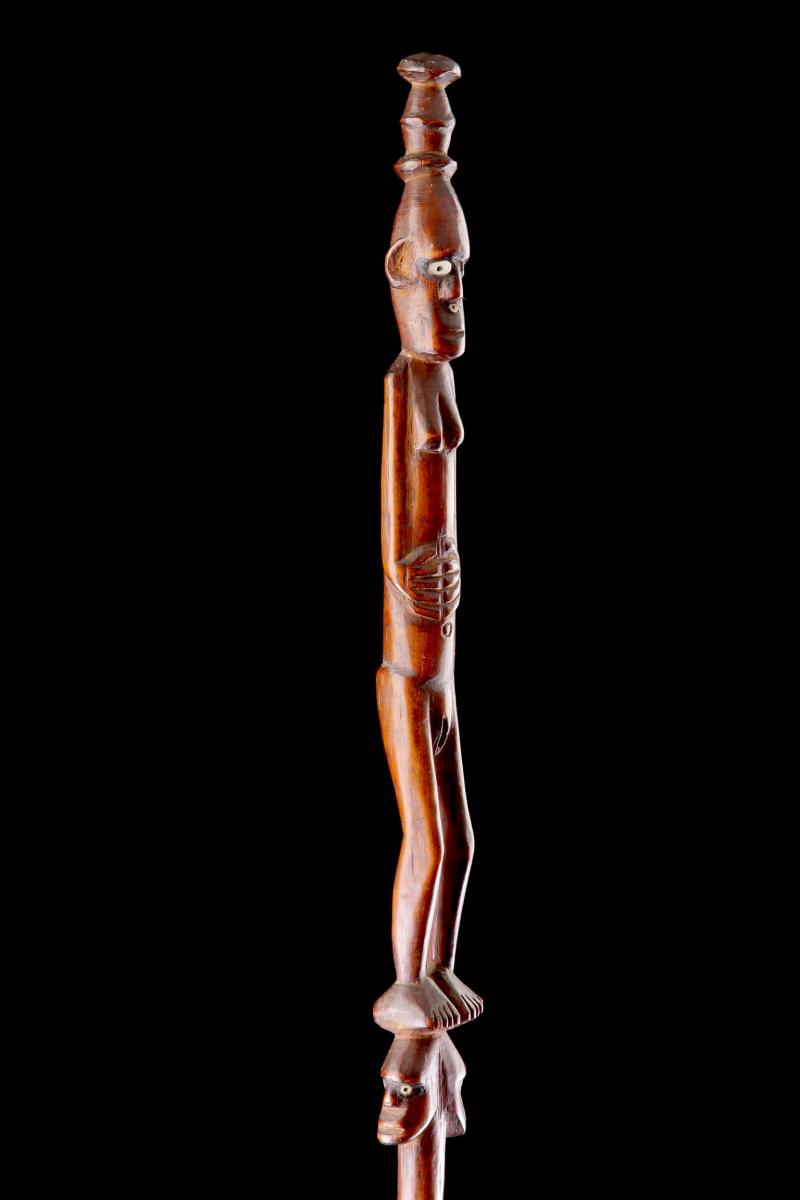 In the 19th century the outside world viewed the people of the Solomon Islands as barbarous savages constantly engaged in headhunting. However, those who spent time within the islands reflected a different image.

In 1897 Lieutenant Boyle Sommerville wrote of his two years there during 1893 - 95 ‘their general demeanour is by most white people said to be ‘ferocious’ and certainly they are inveterate headhunters. Our officers, however, never experienced anything but civility, good temper, and occasionally kindness at their hands’.

This staff probably depicts a powerful spirit and personal success was intimately associated with the concept of influential supernatural forces derived from spirits which could imbue chosen individuals with ability and fortune.

Success was achieved by the correct propitiation of spirits and by strict adherence to formal taboos which regulated behaviour according to the supposed satisfaction of ancestral and other spirits. Most potent and powerful were the spirits of the recent dead and they had to be constantly placated.