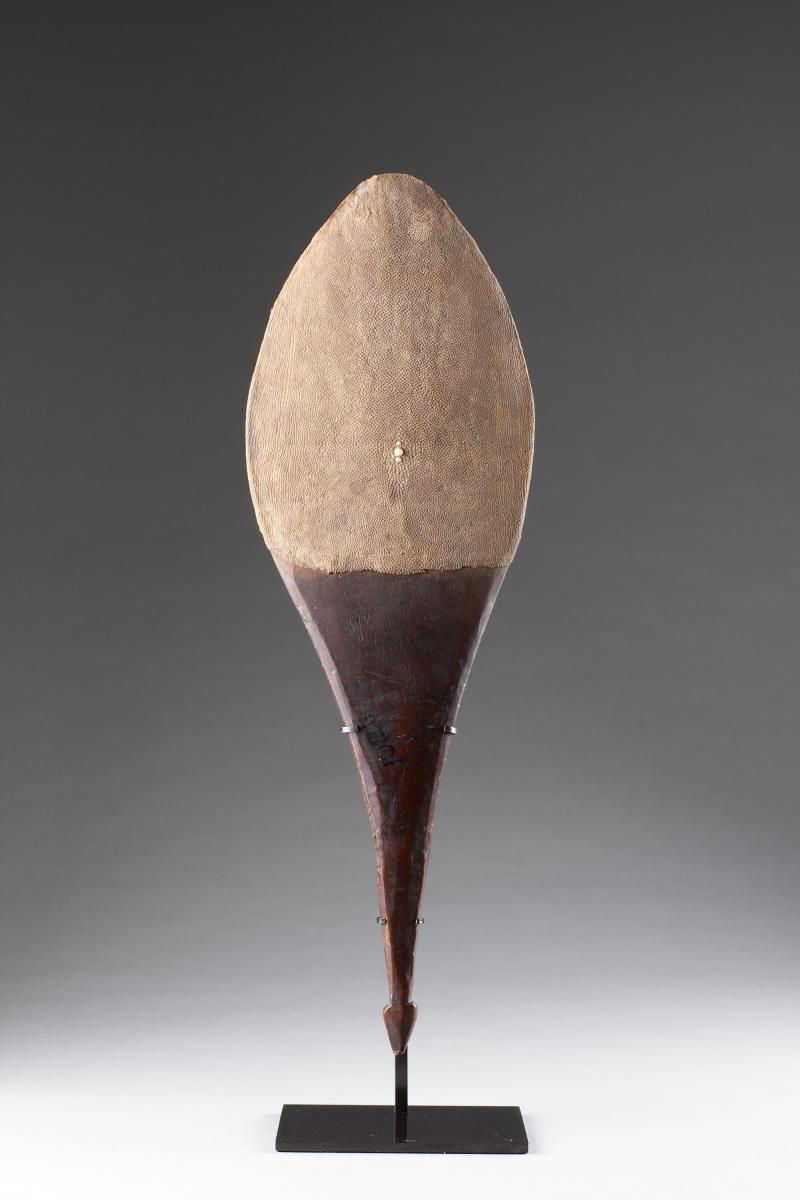 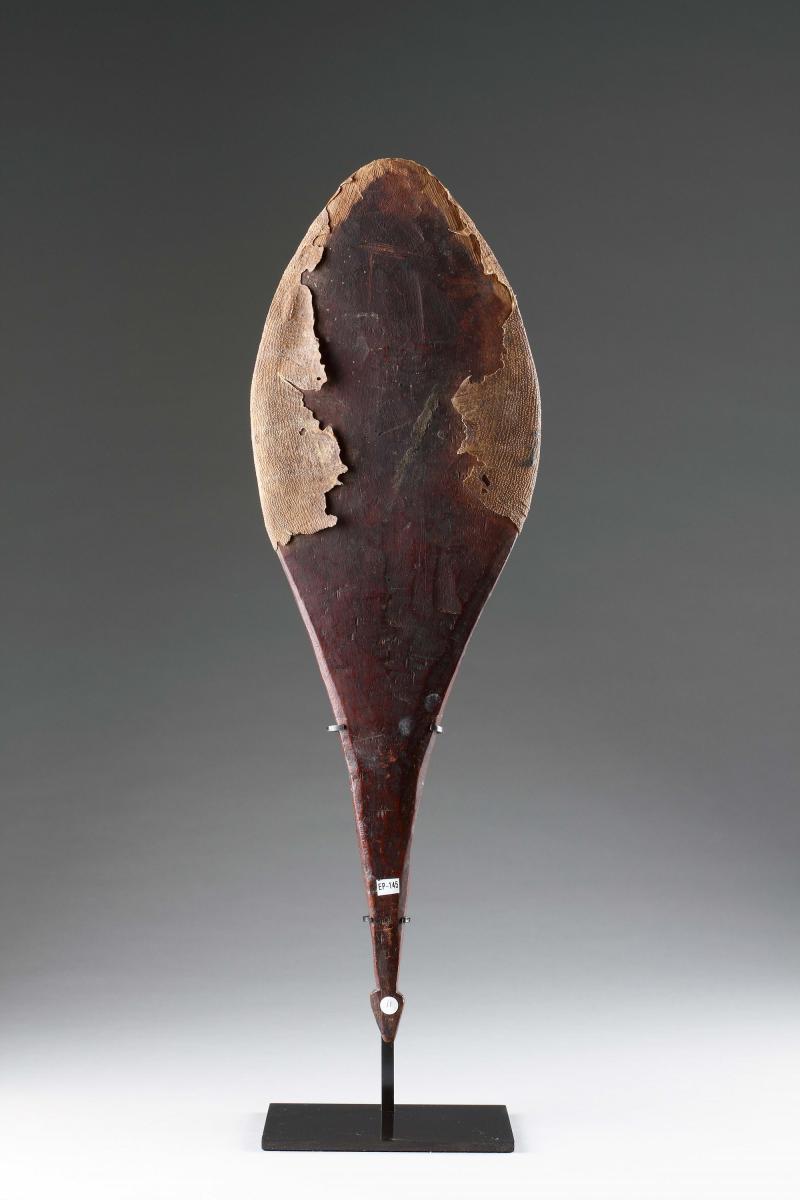 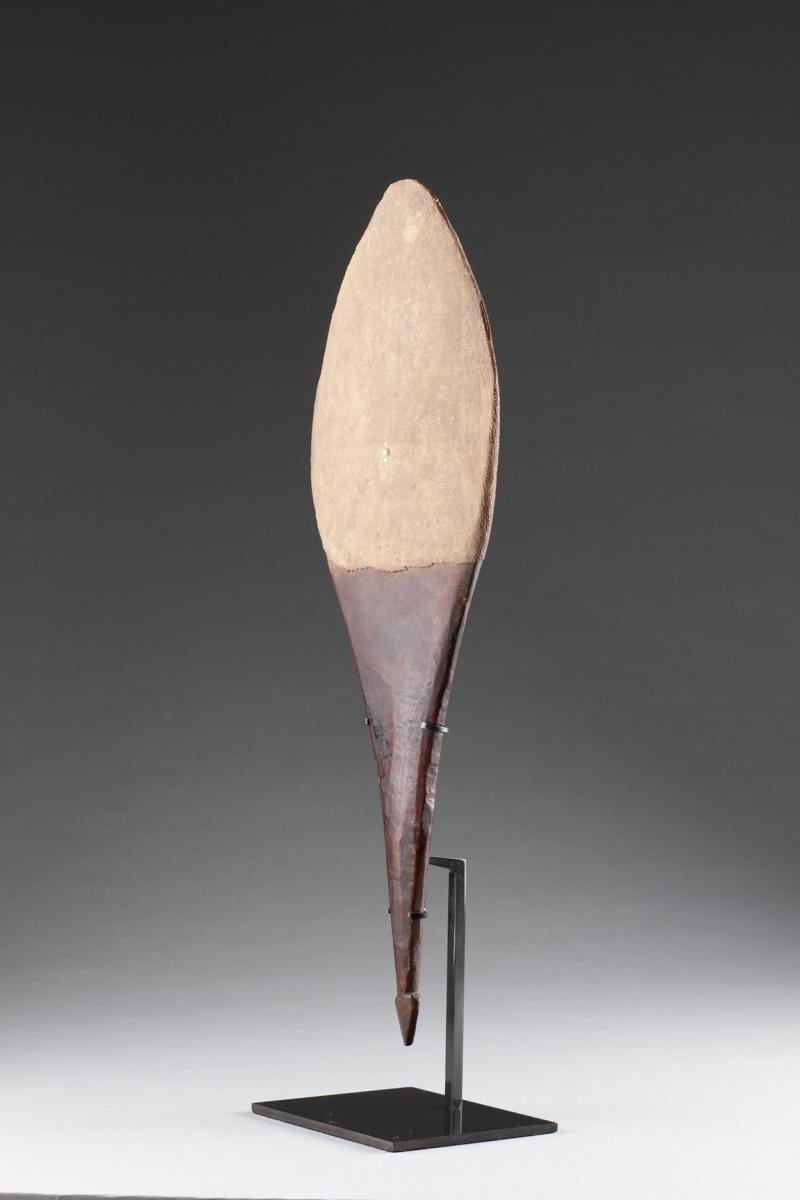 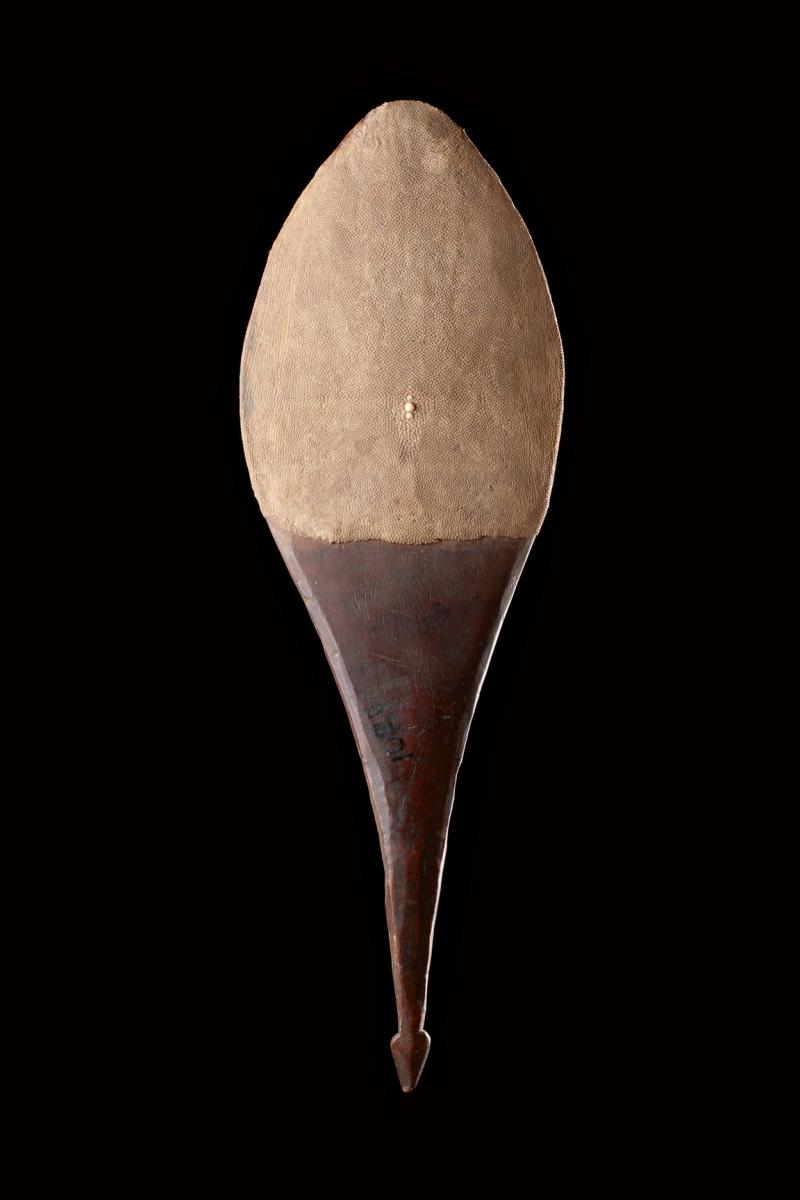 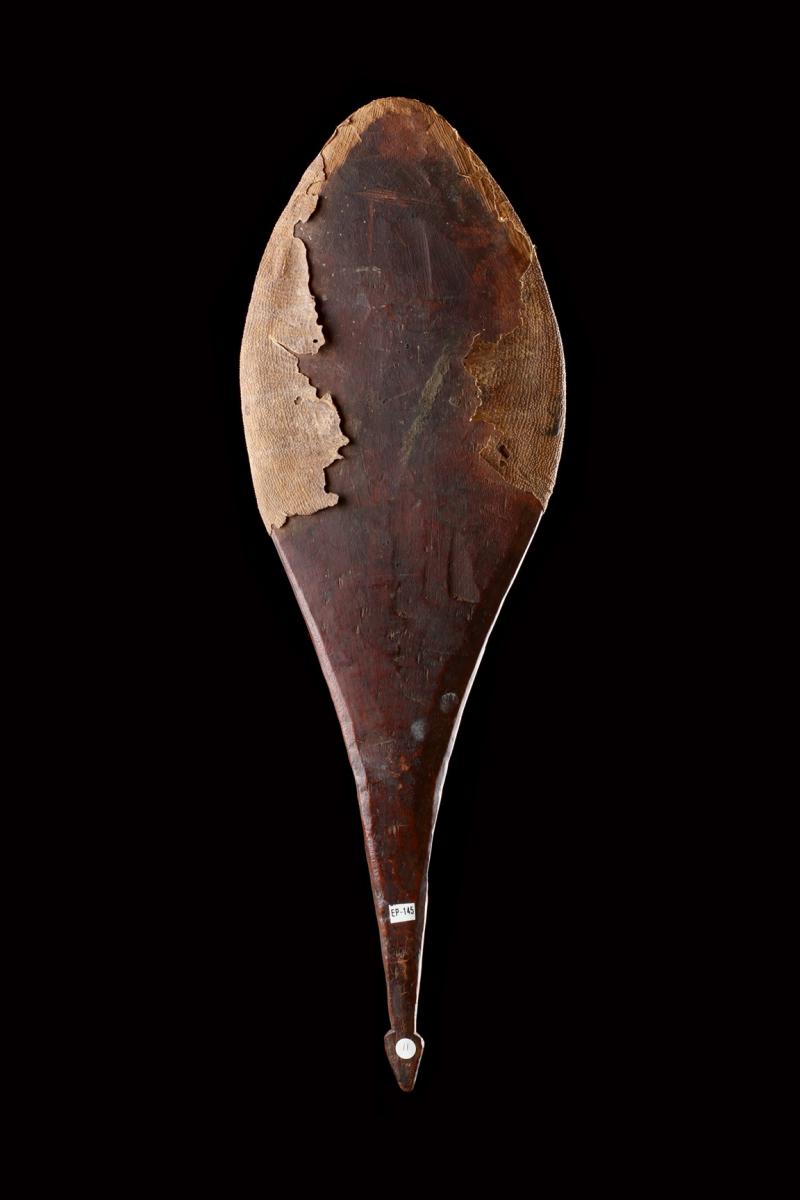 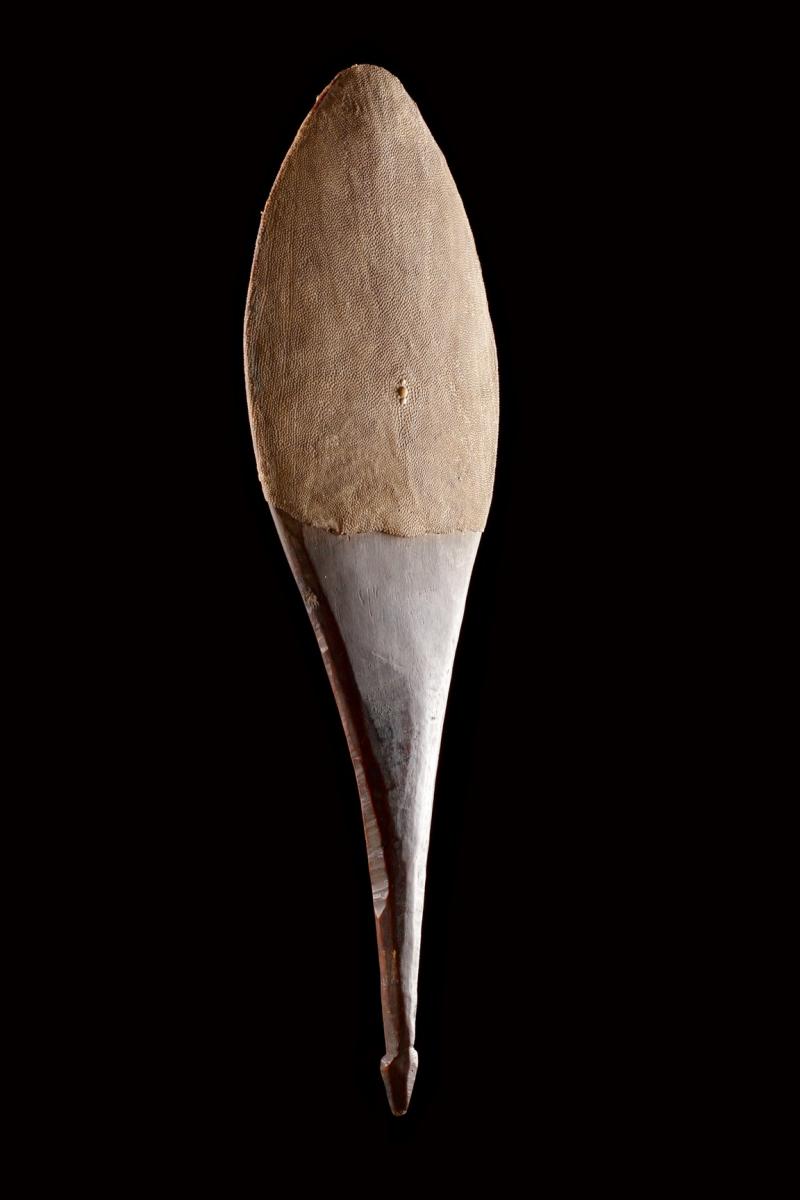 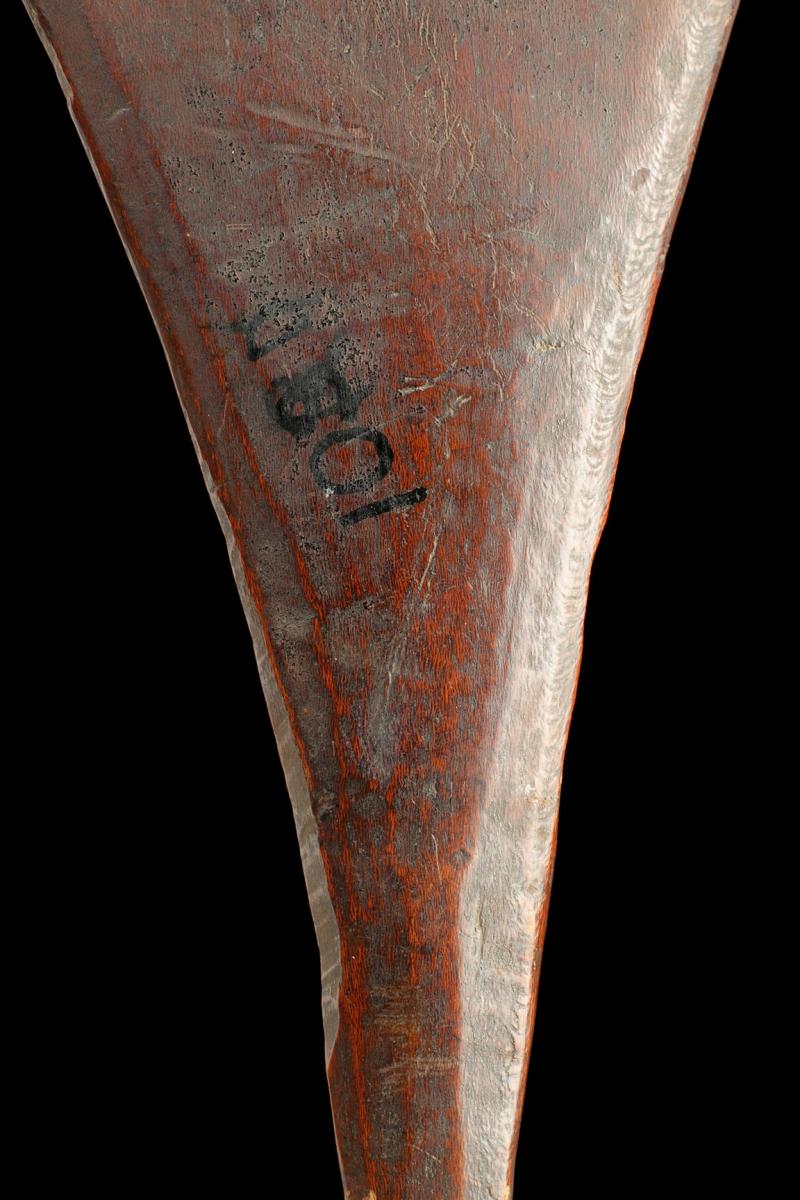 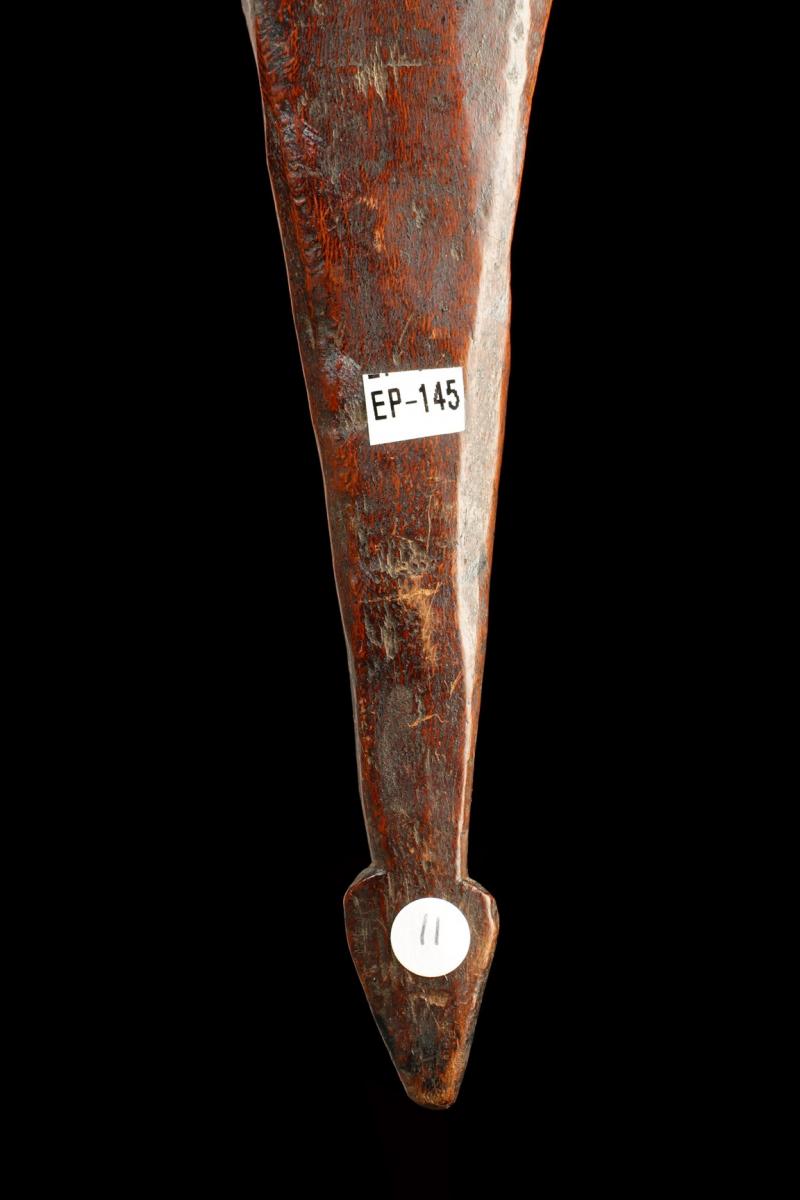 Ray and shark skin is similar as both are covered with hard enamel like placoid scales which is ideal for smoothing wood. This rasp was made to replicate the shape of a ray and was used like a fine grained file to produce a lustrous patina on ceremonial or fighting clubs.

The design of clubs found on the Solomon Islands is one of restraint and symmetry with a feeling of elegance conveyed through the soft patina of the wood.

Although these rasps could sometimes be used for grating sandalwood to make a perfumed coconut oil, their main use was to heighten the beauty of carefully made ritual artefacts.

cf: British Museum have a similar example that is from the Harry Geoffrey Beasley collection Inv. No. Oc1944.02.1203