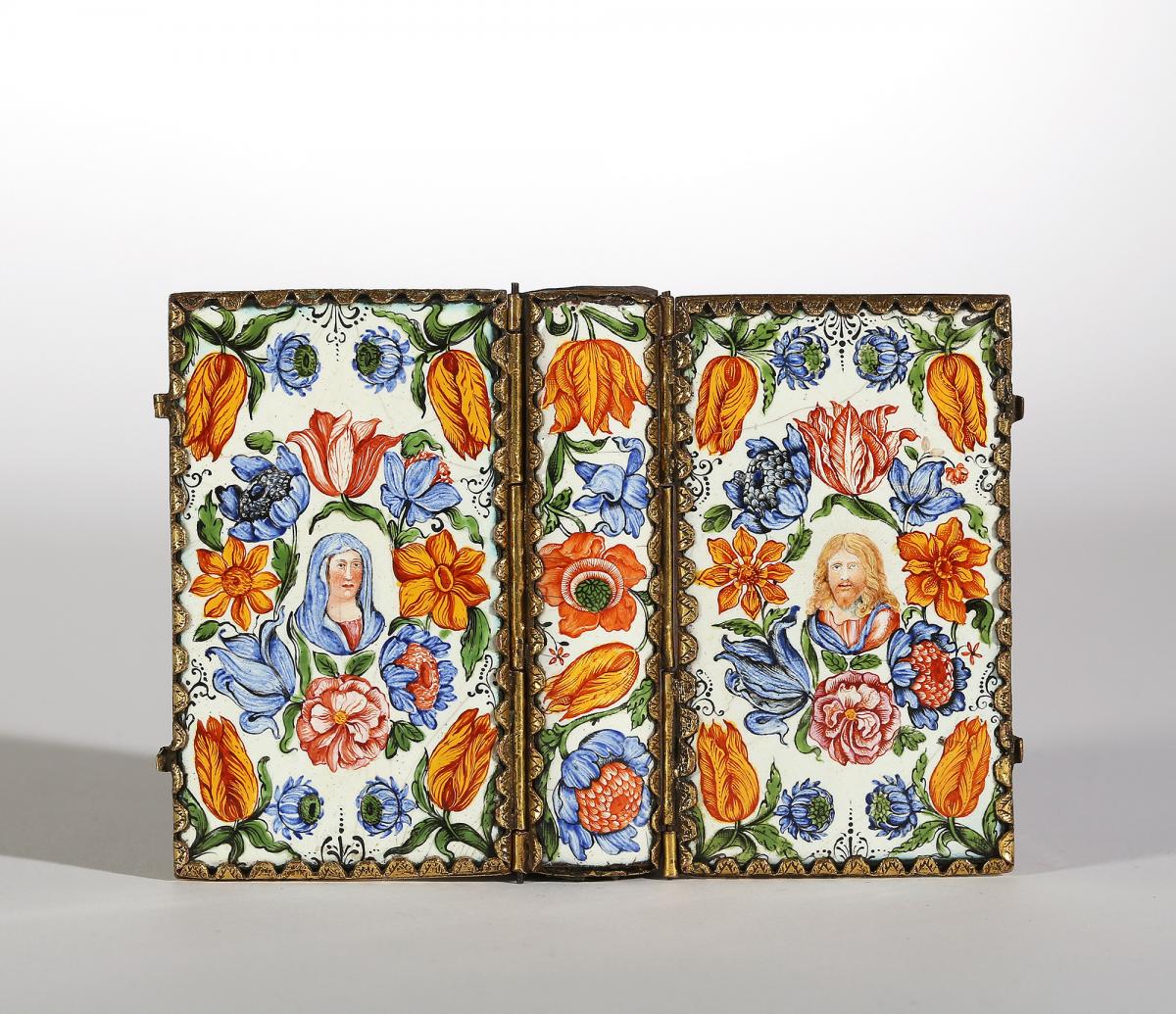 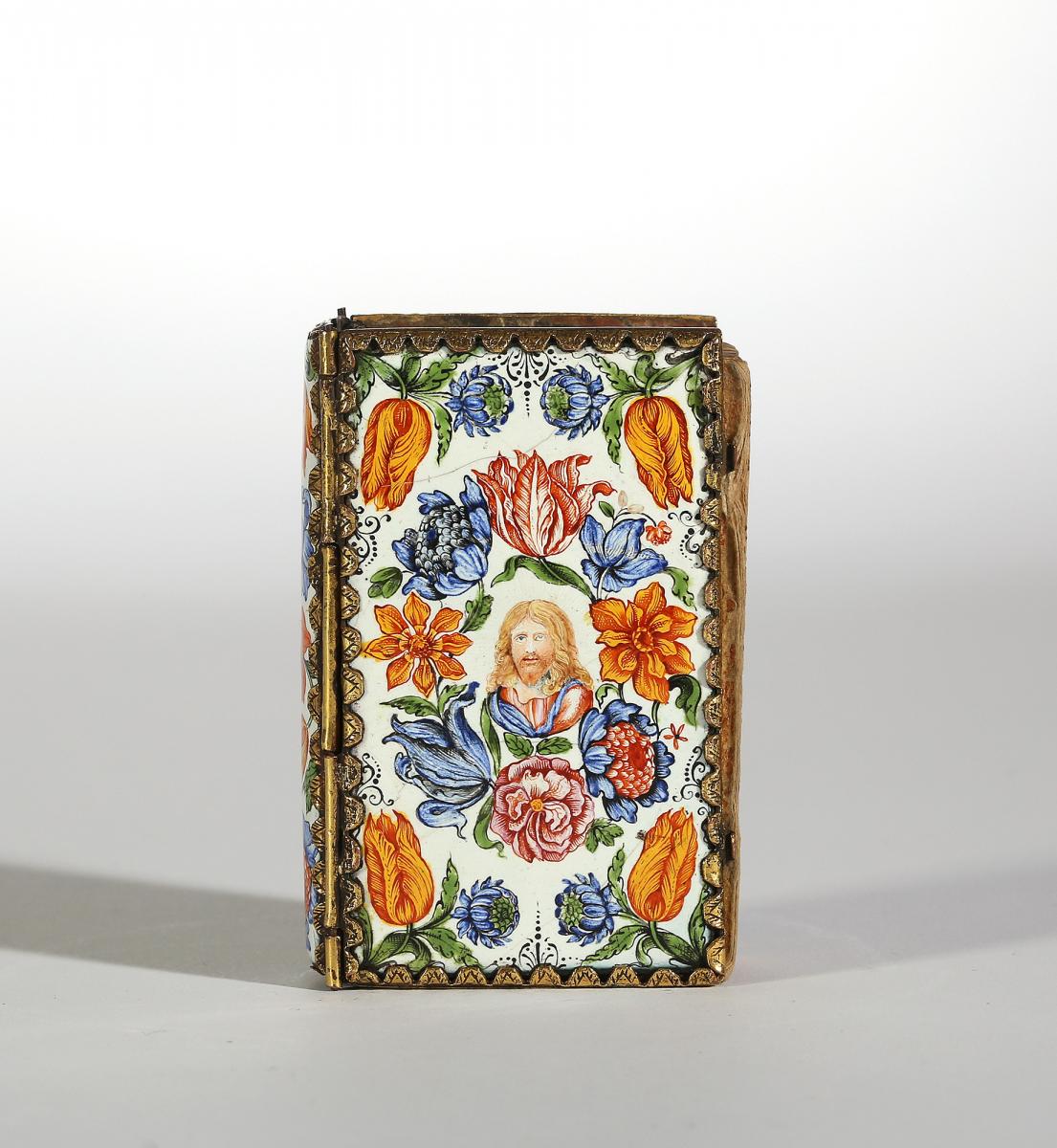 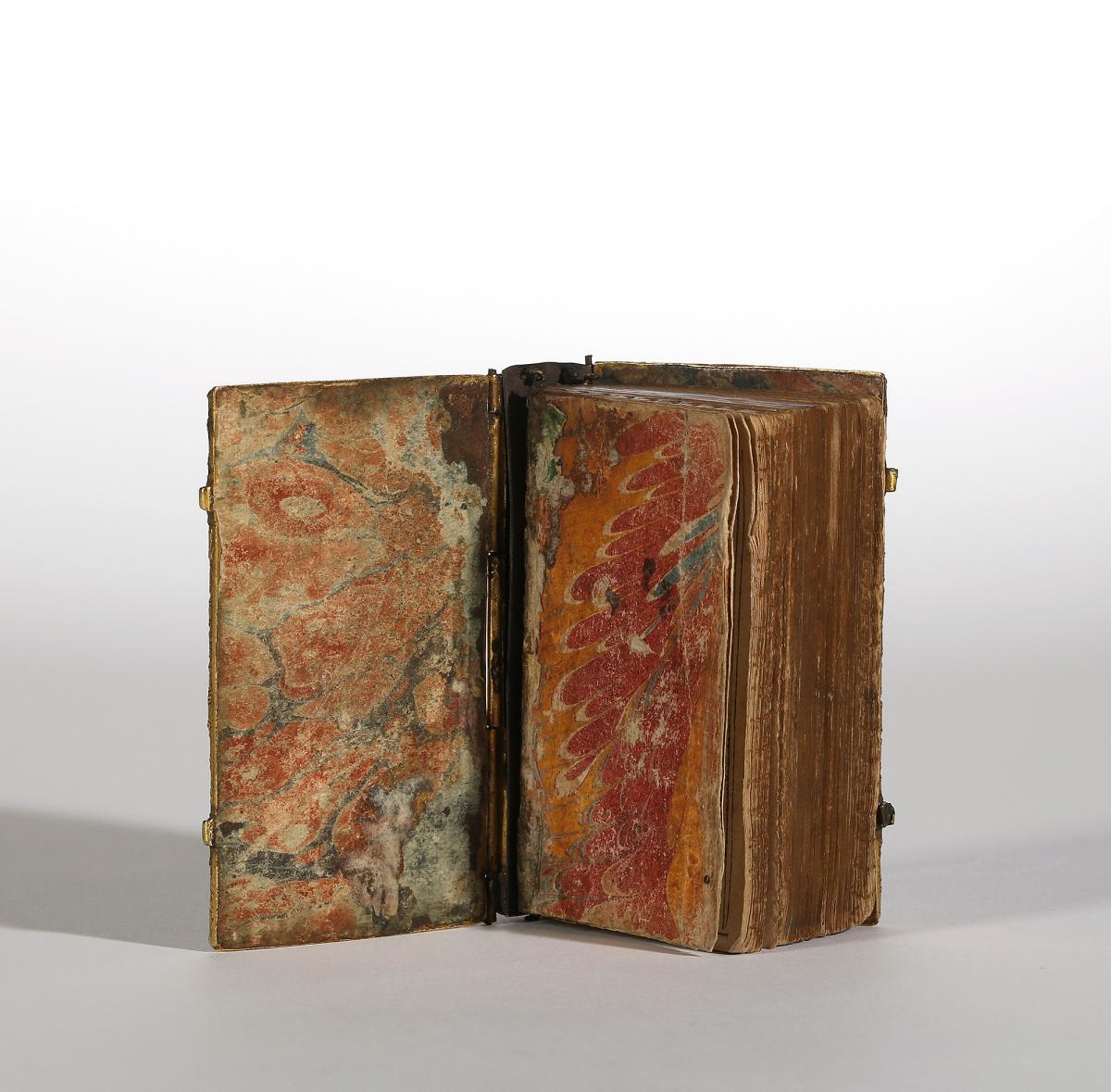 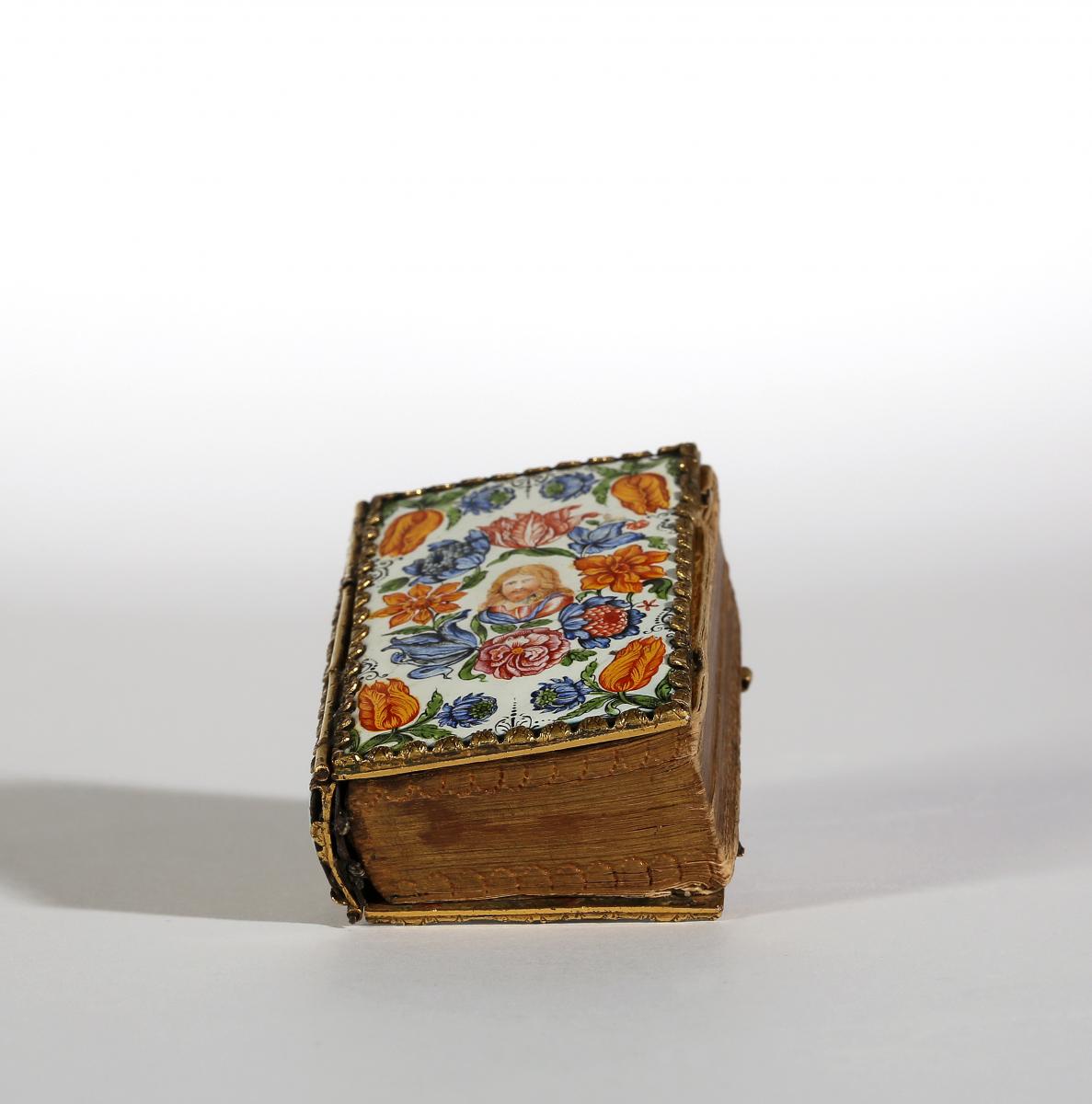 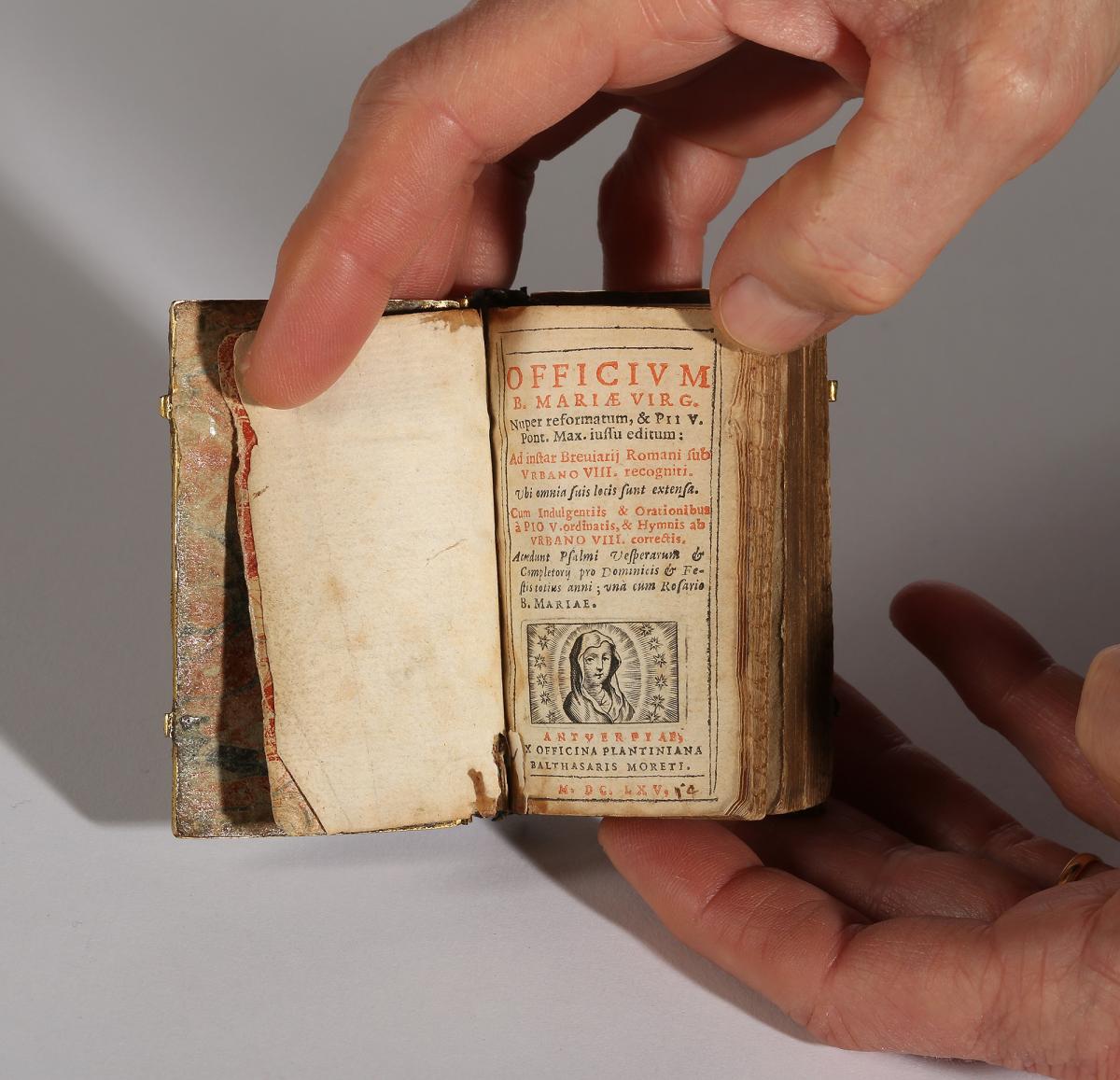 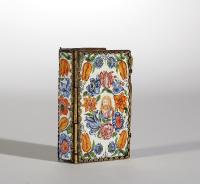 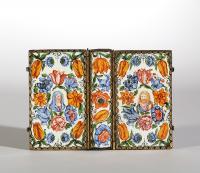 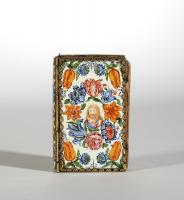 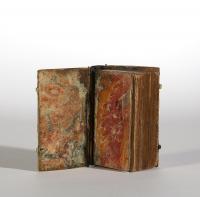 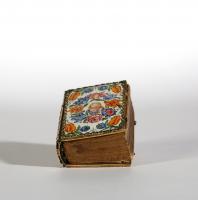 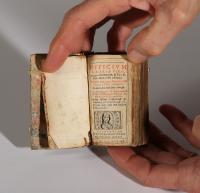 Attributed to Georg Strauch of Nuremberg

Formed as two panels finely enamelled with Christ and The Madonna in roundels of flowers with further tulips in the corner, set in gilt-metal casings with a convex enamel spine also with flower heads, holding a breviary entitled Officium B. Mariae virg., published in Antwerp in 1665. The title in red and black with an engraved portrait of the Virgin. With marbled end papers and gilt gauffered edges.

A faience dish in the British Museum, a flask in a private collection and a tankard in the Museum für Kunst und Gewerbe, Hamburg, all with similar floral garlands are given to the circle of Georg Strauch and are illustrated, Bosch (1984), p. 442-445, pl. 355- 357.

A hexagonal schraubflasche or canister by the silversmith Jonas Laminit in the Metropolitan Museum (1974.356.763a, b) mounted with similar enamel plaques attributed to Georg Strauch is illustrated in Weinhold (2000), p. 23, pl. 3.