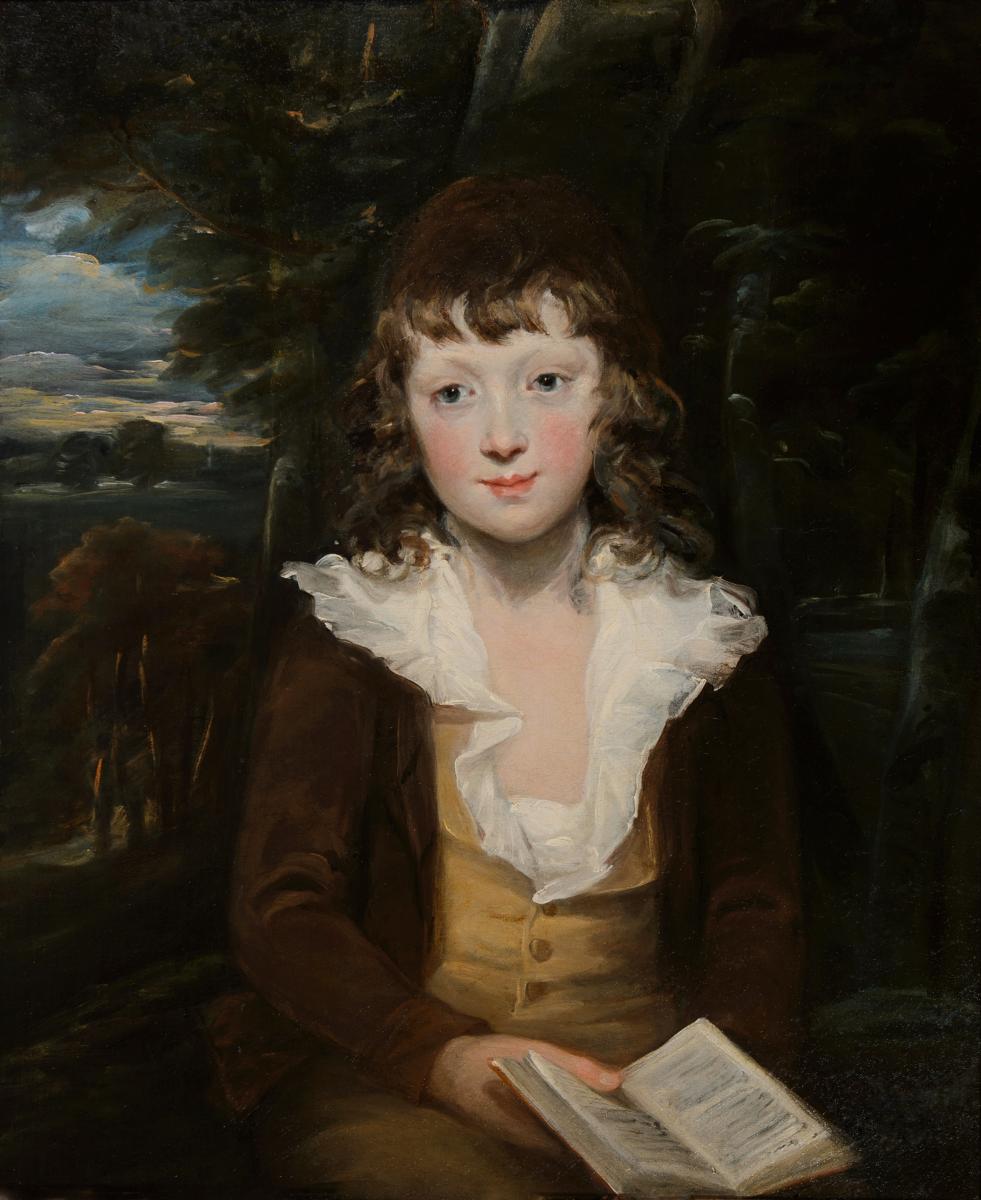 Portrait of a young boy holding a book

Half-length, wearing a brown coat and seated in a landscape

This recently rediscovered work by Beechey is a lovely example of his acclaimed child portraiture. The lively impasto of the brushstrokes in the handling of both the sitter and the delightful landscape background show the artist working at the height of his powers.

Sir William Beechey was born at Burford, Oxfordshire, on 12 December 1753, the son of William Beechey and Hannah Read. Both his parents died when he was still quite young and he and his siblings were brought up by his uncle Samuel. In the 1770s he studied at the Royal Academy under Zoffany. Between 1782 and 1787 he lived in Norwich and painted four works for the collection of civic portraits hung in St Andrew’s Hall there.

Beechey returned to London in 1787. He attracted the attention of the royal family, and in 1793 painted a full-length picture of Queen Charlotte, who appointed him her official portrait painter. In the same year he was elected an associate of the Royal Academy. Beechey painted not only portraits of the royal family, but a large number of the famous or fashionable people of the time. In 1798 he painted George III and the Prince of Wales reviewing troops, a large composition showing the king and prince surrounded by a brilliant entourage on horseback. The King awarded him a knighthood and he was elected to full membership of the Royal Academy. The painting was sadly destroyed in the 1992 Windsor Castle fire.

Other famous sitters included Lord Nelson, John Kemble, and Sarah Siddons establishing him as a direct competitor to Sir Thomas Lawrence, the most fashionable painter in Europe.

The Bath Pump Room own a portrait by Beechey of George Henry Law (1761-1845), Bishop of Bath and Wells (184-5). His work is included in the collection of major UK museums and many US collections such as the Yale Center for British Art, New Haven.