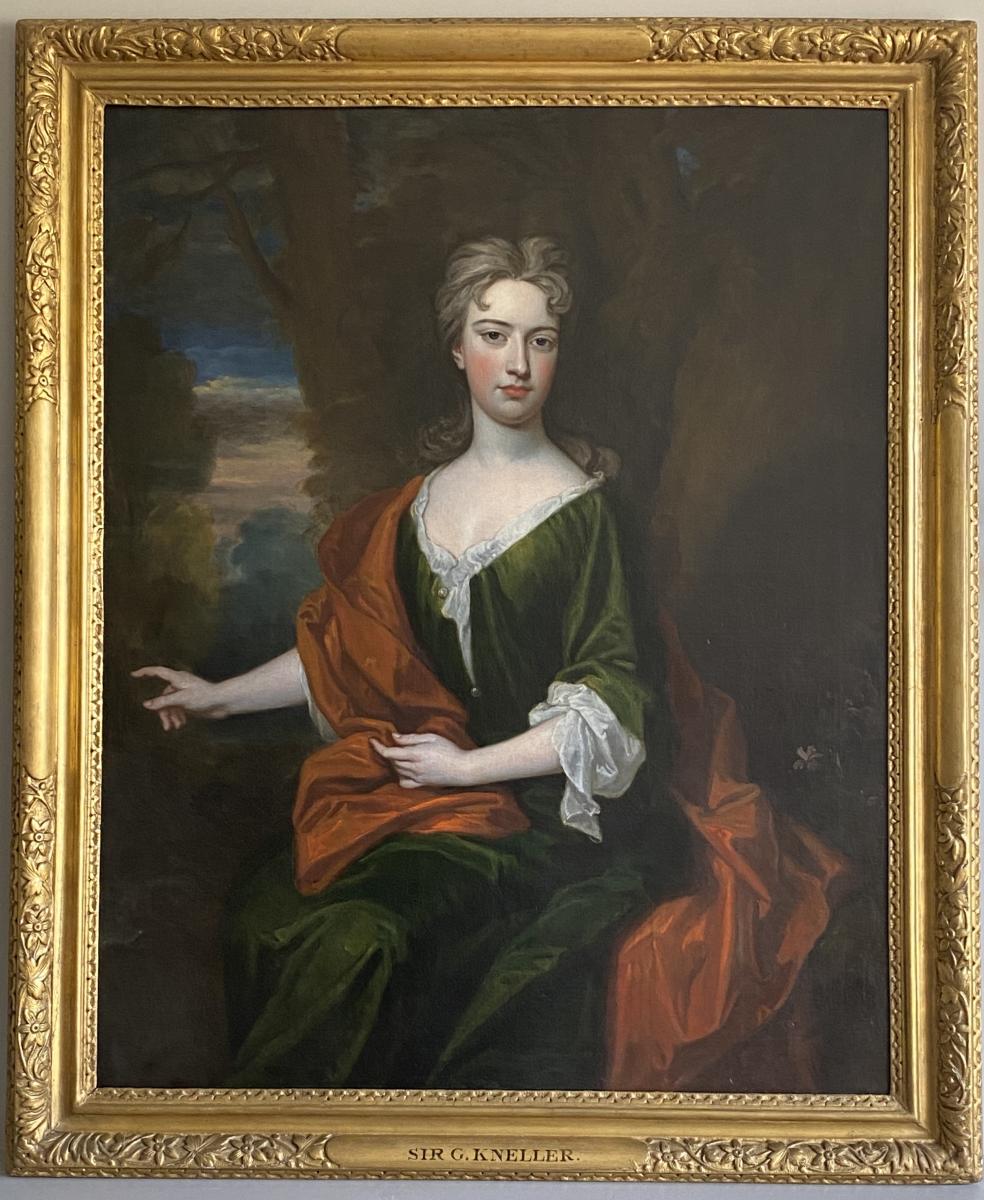 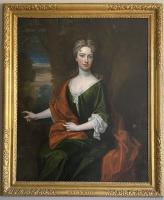 A  rare signed portrait of a Lady by Sir Godfrey Kneller. The Lady, three-quarter length, seated in a landscape, wearing a green silk gown with red cloak, gesturing to her right. Oil on canvas in the original 18th century giltwood frame. Signed 'G.Kneller' lower right. c.1705.

Probably sold at the auction of contents of Paultons in July,1955 by Woolley and Wallis.

Sir Godfrey Kneller (Lubeck 1646-London 1723) was the most prolific and distinguished painter of Baroque portraits in England.  He had some training with Bol and Rembrandt in the early 1660's, and his first dated portrait is 1666.  He spent 1672-1675 in Italy (Rome and Venice) and came to London in 1676.  By 1679 he had painted the King  and he remained the most famous and successful portrait painter in England until his death.  In 1688 he was appointed Principal Painter to the King (jointly with Riley who died in 1691), a post he retained until his death, being made a knight in 1692 and a baronet in 1715.   Kneller visited Versailles in 1684/85 to paint Louis XIV for Charles II, and Brussels in 1697 to paint the Elector of Bavaria for William III, and both visits had some impact on his style.  He created a new format of  portraiture - the 'Kit - Kat', for the members of the Kit - Kat Club (the political leaders of the Whig party), many of which now hang in the National Portrait Gallery, London.  This style had a profound influence on British eighteenth century portraiture.  He was the first governor of the first 'Academy' in London from 1711 until he was succeeded by Thornhill in 1718.  Many of his unfinished works were completed by Edward Byng who had managed his studio.